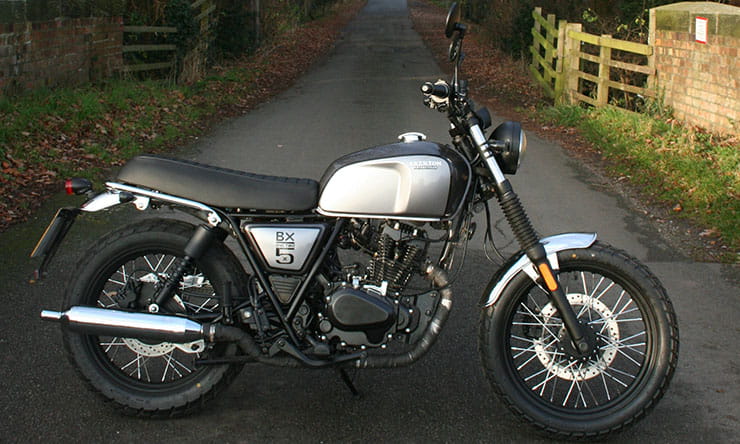 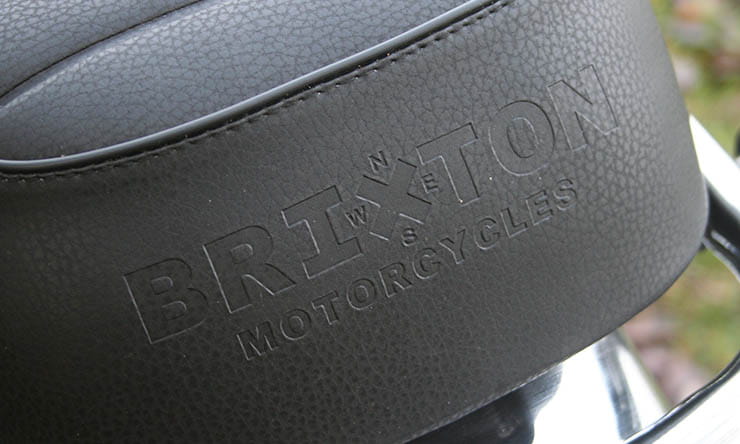 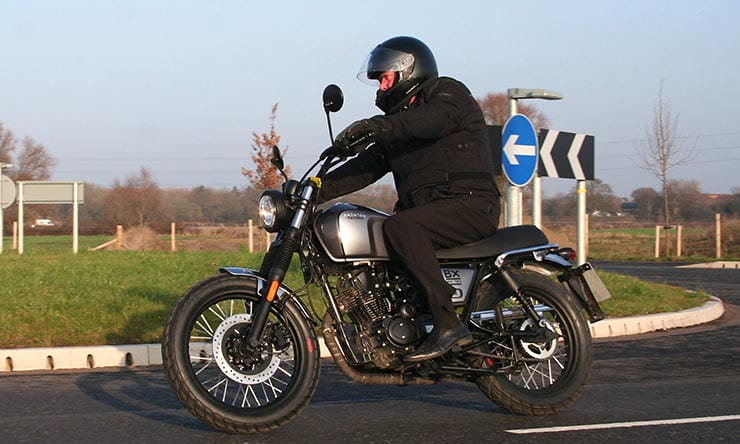 Have you noticed them? There's been a significant trickle of Chinese-made retro roadsters of 125 or 250cc coming onto the UK market with a mix of old and new badges. All of them are based on Japanese technology from about 30 years ago, which means air-cooled SOHC motors, five-gearbox and tubular steel frame. Until 2017 you could have added in carburettors and rear drum brakes to that old-school technical spec, but the latest Euro4 legislation has now made fuel injection compulsory on all but mopeds, while brakes have to be linked, which so far seems to mean discs at both ends. If that sounds like heresy to you, there may still be time to bag a 2016-spec bike or scooter, but stocks of these won't last forever.

Anyway, the new source of retro bikes taps into the current vogue for 1970s/80s style with a vaguely custom feel. Some enterprising importers have been making use of old British badges – AJS, Francis-Barnett and New Imperial – and slapping them on the 125cc imports  – while others have used existing names (Sinnis) or made up new ones (Herald, Mutt). The Brixton comes into the latter category, a brand new brand which appears to suggest that this little 125 hails from the back streets of south London, which of course it doesn't. It's brought into the UK by Derby-based Moore Large, which also imports KSR geared bikes and scooters.

The first thing which strikes you about the Brixton is that it looks slightly different to all the other small retros. In fact, I'd say there's a hint of Harley Sportster in the shape of the tank, or maybe I'm getting carried way. Anyway, the detailing is all good, with a black engine, frame and wide bars, shorty chrome mudguards, chunky looking tyres, wrapped exhaust downpipe and mini indicators. Instrumentation is limited to a small rev counter incorporating a tiny-wee speedo and fuel gauge, while an LED headlight surround acts as a day running light. It all looks quite rugged, with a hint of street scrambler, so bang on current trends. An even more scrambler-like version, plus a cafe racer and a 250, should be coming later in the year.

It would be a surprise if the Brixton had any really high tech features, and it doesn't, the air-cooled engine sitting in a simple twin-shock frame, though as mentioned about it does have fuel injection, and in fact the bike is one of the first injected 125s to go on sale – it should be in the showrooms in late February.

Hop onto the ribbed seat, press the button and  the engine fires up straight away before settling to a 2000rpm idle. Now if anyone had misgivings about Chinese manufacturers using a cheap and cheerful fuel injection system to comply with Euro4, they can put them aside. The Brixton idles reliably and hauls itself through the rev range without any hiccups or hesitations.

Of course, this is a restricted 125, and not a high-tech one at that, so none of this happens very fast. The neat little rev counter reads up to 16,000rpm (there's no red line) and the test bike would creep up to an indicated 10-11,000 sounding solid and smooth, and eventually winding up to an indicated 60-65mph on the Derby bypass.  It also had a mere 120 miles on the clock, which could account for a lack of zippiness, and Moore Large tell me it has since loosened up a bit. Either way, as a geared 125 it's fast enough through town, light and nimble enough to filter to the front of red light queues then accelerate away without holding anyone up.

There's nothing much to say about the clutch and gears (light and positive) while on a twistier B-road heading back to Moore Large HQ the CST tyres hung on to dry tarmac OK, with wide bars making this lightweight bike easy to tip into corners (though not to tip over, you'll be glad to hear). The forks are non-adjustable and the twin shocks for pre-load only, but were good enough to cope with the bike's weight and performance. This was one of the first 125s I'd ridden with the new linked brakes set up, with both front and rear operated by the foot pedal and front only by the lever. The pedal has long travel but works well, getting the forks to dive and presumably making the bar lever superfluous, though I felt they were doing more when I squeezed that as well, which could be just my motorcycling mindset.

Detailing on the Brixton is a real mixture. It's got a handy USB slot for charging your device, the ribbed seat is low and really very comfy, plus there's room for pillions who also get a strong looking grabrail. On the other hand, the titchy digital speedo and fuel gauge are hard to read on the move, while the switchgear is from a previous era – it doesn't look or feel well made, and the indicators aren't push to cancel, which just about everything else is now. 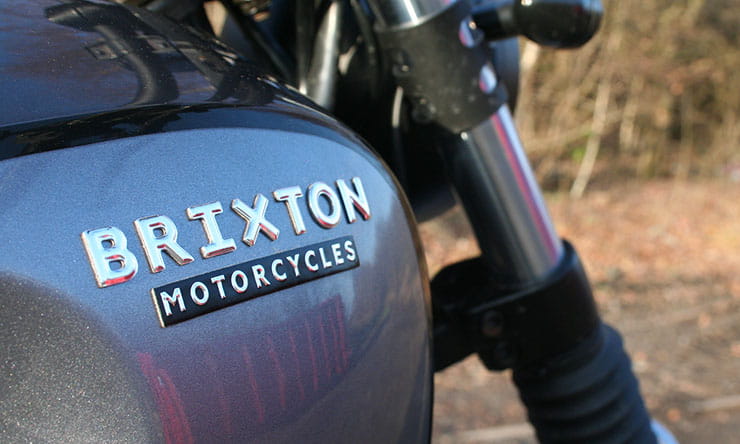 The Brixton is a welcome newcomer to the growing market for retro 125s. The test bike seemed well built and decent quality (switchgear apart) and I'm willing to believe that one with more miles under its belt would be faster. At £2799, it sounds like a lot of money, but that partly reflects the extra cost of the Euro4 kit, and the uncertain post-Brexit world in which we live – if the currency moves in the right direction this year, the price may come down. 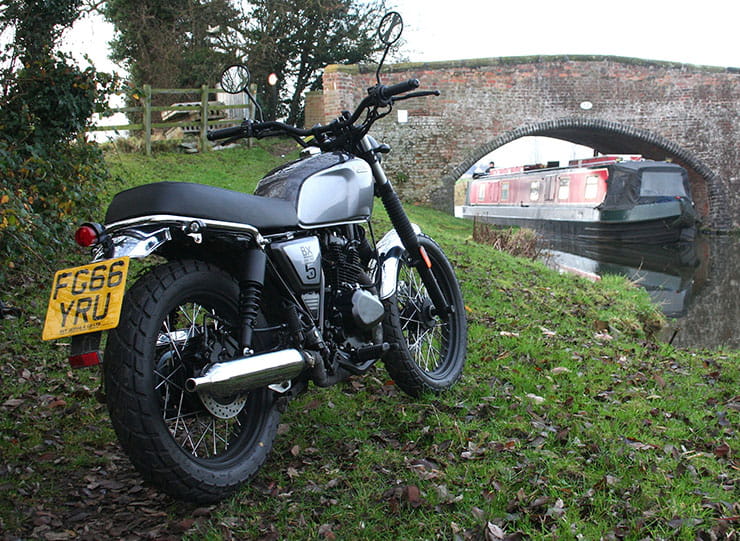