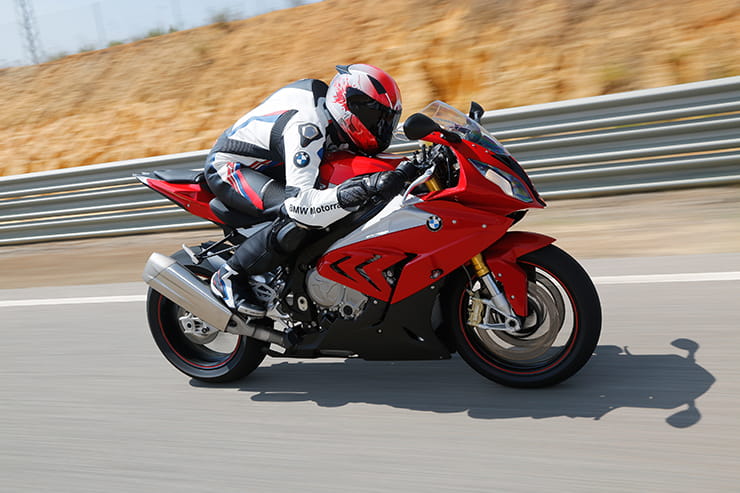 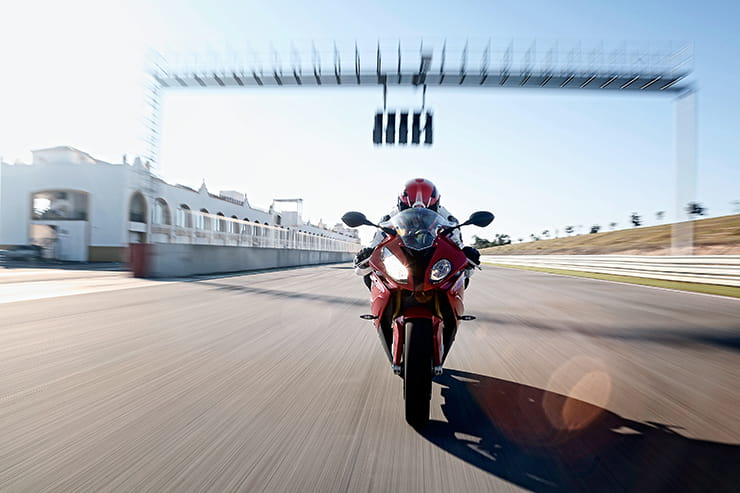 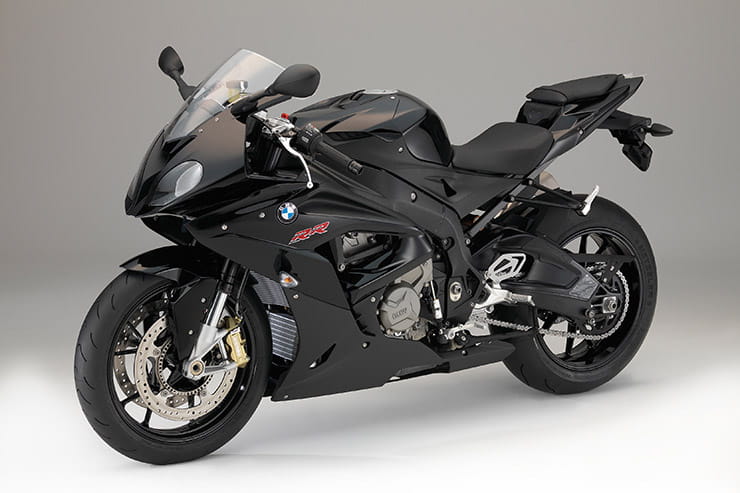 After the original BMW S1000RR redefined the superbike class in 2010 through its use of electronic assists, the 2015 model was the third generation and also the last of the ‘old-school’ RR modes before it was completely redesigned for 2019 with the introduction of the ShiftCam motor. Following on from the 2012 update, which was more a small tweak, 2015 saw the RR’s engine upgraded, the chassis improved, the electronics enhanced and even the look sharpened. If you are after a used RR, this is a thoroughly sorted model that is classier and boasts better electrics than the previous generations. It’s not cheap but it is a fabulous sportsbike that has more than enough power for any track or road performance bike fan.

The RR was sold in a few packages to help buyers with their decision. Actually it wasn’t much help as most just went for the full-spec model anyway! In 2015 the base bike cost £13,700 new but the Sport model, which came with more bling, was the big seller and cost £14,760. Nowadays the RR holds its value well in the used market and you are looking at paying around the £10,000 mark for a Sport in a dealership with private sales just over £9000. There are a few base-model bikes out there for under £9000 but if you are paying this much you might as well get the Sport as it will hold its value better. A late bike costs up to £12,500, which is a good chunk lower than the updated bike whose prices start at £14,000 for a 2019 model. Very few RRs get sold privately, most go through BMW dealerships as they are chopped in at the end of a PCP deal. 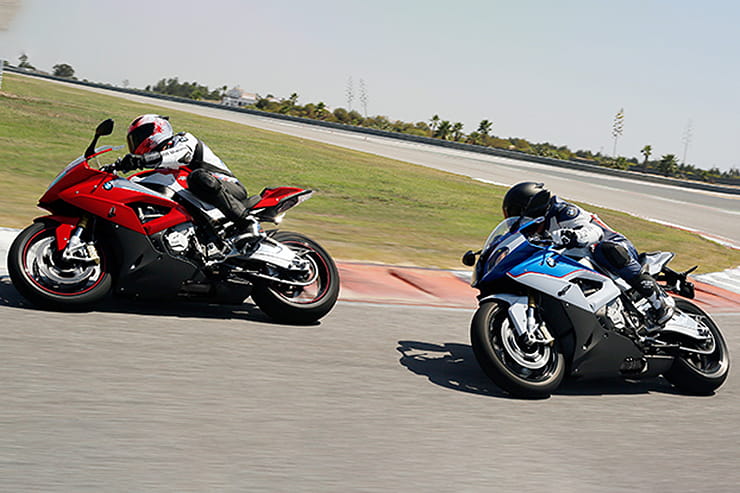 BMW added 6bhp as well as improving the RR’s torque delivery (it only gained a marginal peak increase) through a re-designed cylinder head and intake and exhaust ducts as well as re-profiled cams. While the previous generation was hardly left lacking in the performance stakes, the 2015 model is noticeably gutsier in the low and mid-range thanks to the improvements to its motor and the bigger airbox delivers an even meatier growl. Monstrously powerful and yet also easy to ride at a slower pace, a few owners grumble about the abrupt throttle response but in general there is little to find fault with and it is far friendlier to ride than its headline power figures suggest. If you find 199bhp and 83.4lb-ft too lacking for you then maybe you should be approaching a few MotoGP teams...

The first thing that you spot when riding the RR is just how loud that original equipment exhaust actually is! As well as being 3kg lighter through junking the previous model’s front silencer, the new RR’s exhaust is tuned to deliver a lower sound and it really is impressively (or irritatingly if you are a neighbour...) throaty. A few owners opt for an aftermarket can but as the OE one is so loud, this isn’t as common as you would expect. If one has been fitted the RR’s ECU will self-calibrate, so don’t worry about dyno work. In terms of the motor’s reliability, the early issues with the gearbox have been banished and it is very unlikely that a bike less than five years old will have any mechanical issues at all aside from the possibility of the radiator being damaged through stones being flung onto it. The RR needs a valve clearance check at 18,000 miles, which is a fairly chunky bill from a BMW dealer of over £600, but that’s your only real worry. An up/down quickshifter was an optional extra and unlike the early models, it works perfectly and doesn’t cause undue wear to the gearbox, so don’t worry if it has been fitted. 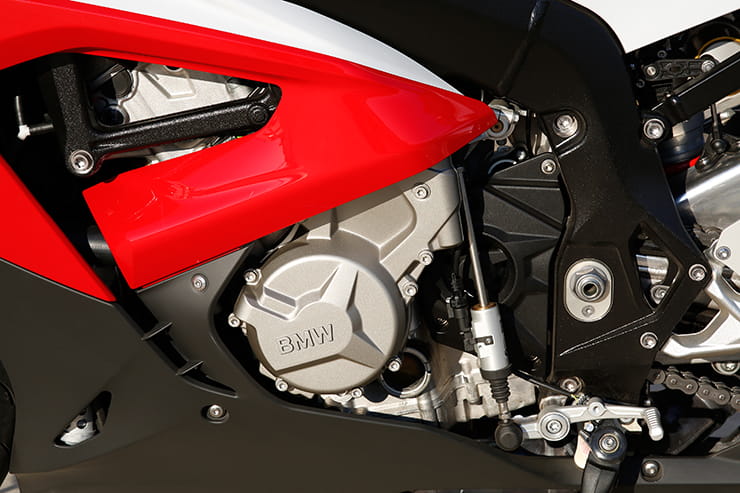 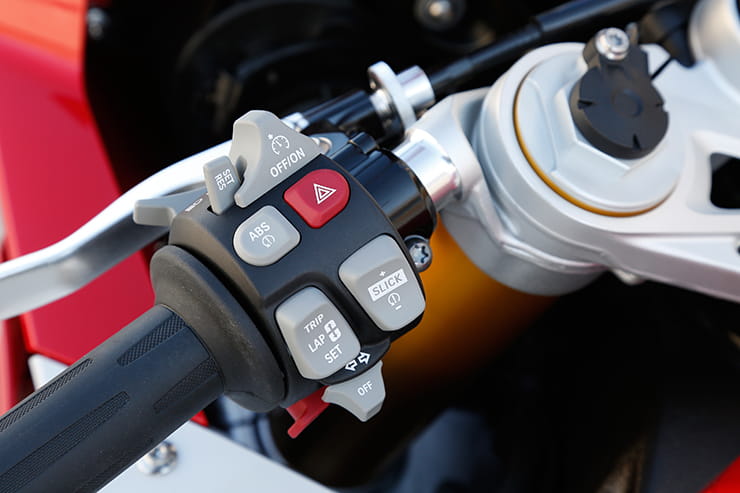 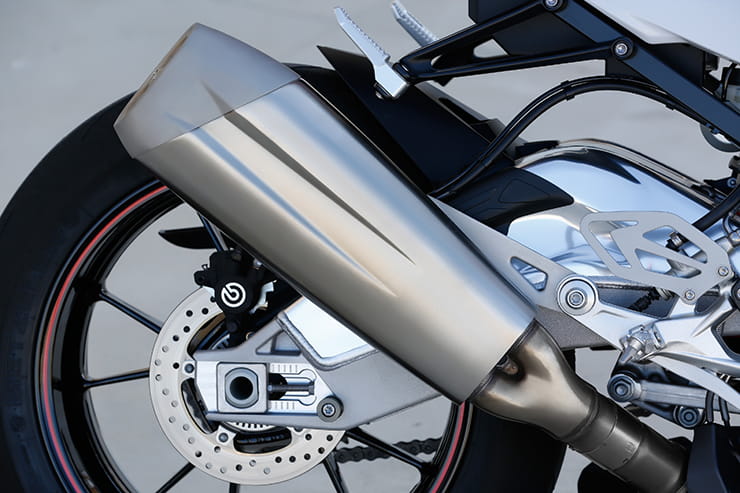 BMW claimed the RR could deliver fuel economy figures of between 47 and 50mpg, which is a bit optimistic and owners report you are more likely to record in the low 40s instead, so expect 43mpg on average. Take it on track and this will, fairly obviously, plummet but the reality of riding a 199bhp bike on the UK’s roads is that you are hardly using full throttle at all, so it isn’t that uneconomical. And it even has cruise control (as an optional extra) to assist your economy on motorways...

An all-new frame that is lighter than the older generation’s makes this generation even better handling than before – and in truth there was little that needed fixing. On the road or track the RR is sublime and manages to combine seriously fast turning with impressive stability and a very accomplished road ride. BMW’s semi-active Dynamic Damping Control (DDC) was an optional extra (included on the Sport model) and it really is an excellent and worthwhile addition – as long as it is working... While the forks can be serviced, technically the DDC shock isn’t rebuildable and a new unit is over £1000 from BMW. A few companies claim to be able to rebuild them but there are a nightmare stories out there and it seems a bit of a lottery as to the results. Hopefully after five years the shock will still be working fine but if the bike has been stood for a long period of time (there are quite a few very low mileage examples on sale) then the seals could have become dry and that can lead to leaks. Always check the shock well as this is an expensive item to get caught out on when buying a used RR. 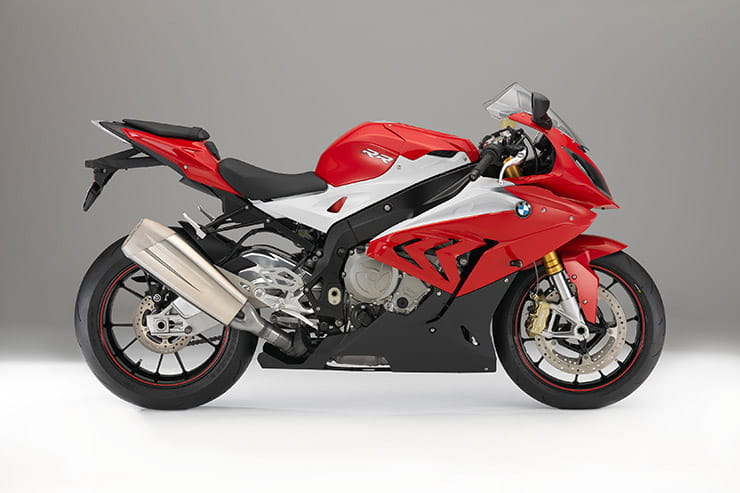 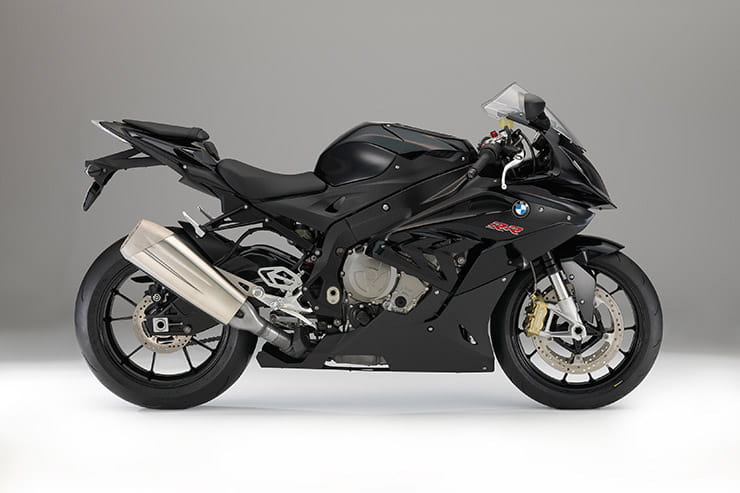 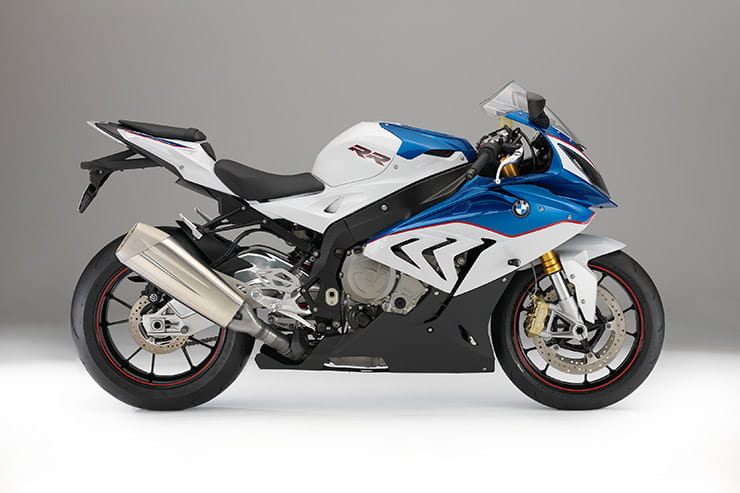 Race ABS comes as standard on the 2015 RR and it is very impressive in both its power and also its integration with the other electronic assists. In ‘Rain’ and ‘Sport’ modes the rear-wheel lift detection helps keep the rear in contact with the road for improved stopping power while ‘Race’ mode reduces this interference while increasing the power to the front stoppers. ‘Slick’ mode deactivates the ABS to the rear. As on any used bike, check the discs for excessive bluing that might hint at track use and ensure the discs aren’t warped and that the pads have lots of life left in them.

Compared its more diminutive rivals such as the R1 or ZX-10R, the RR is actually a very relaxed sportsbike and you can easily take one touring. The fact that this generation has cruise control (the first time ever on a sportsbike) as well as the option of heated grips means it is actually better equipped than some dedicated sports tourers! BMW sold a range of soft luggage for the RR and even a ‘comfort’ seat option alongside a taller screen, so if you want to take your RR on a trip abroad, there are plenty of ways to make it a more relaxed experience.

You name it, the RR has it fitted! Or it can be fitted as an optional extra... As standard the RR gets three power modes with Pro upping this to five. Angle-sensitive Race ABS is standard but to add this feature to the traction control (which is called Automatic Stability Control) to make it Dynamic Traction Control is an extra. Cruise control is an extra, as are heated grips and the up/down quickshifter, and so is the Dynamic Damping Control. Launch control comes with Riding Modes Pro alongside the pit lane speed limiter. A lot of the options can be retro-fitted however not all, so always check the spec of any used bike before you hand over any cash. In general Sport models have most of the bling already fitted but not all, so always ask the question. Not many bikes have anything other than official BMW extras added with tail tidies, wheel rim tape and tall screen the most common. 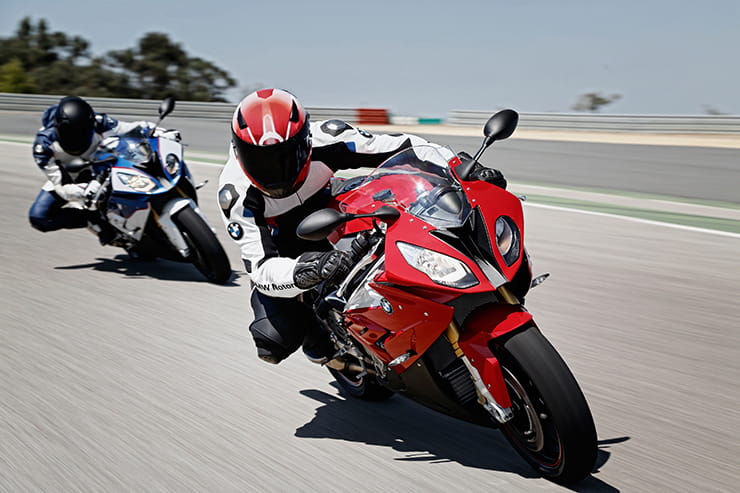 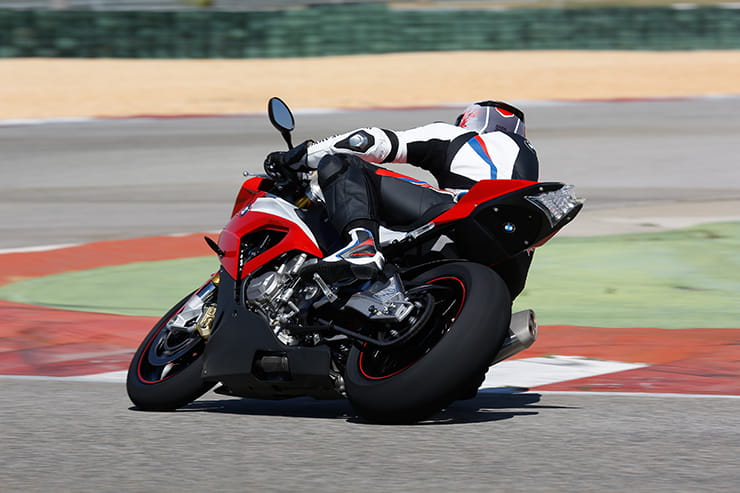 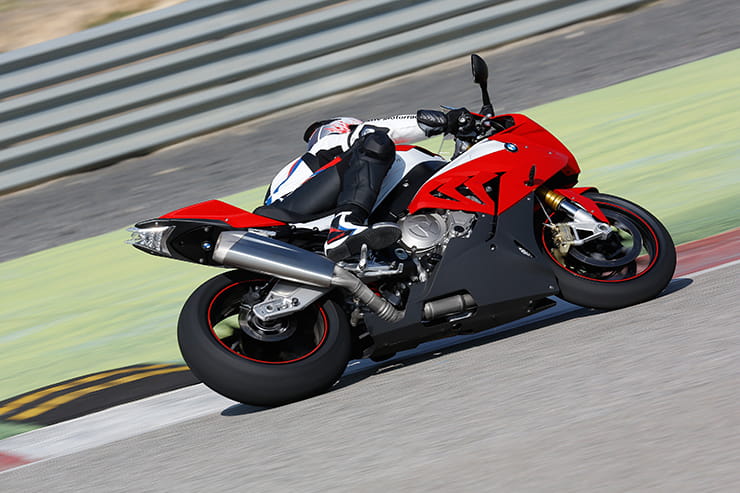 The S1000RR isn’t a cheap bike to buy but what do you expect from a class-leading sportsbike that comes dripping with technology? If you want a litre bike that has bags of both creature comforts and safety aids, there are no better options out there, making this the best ‘real world’ used sportsbike on the market. And a damn sight cheaper than the latest version!

Three things we love about the S1000RR… 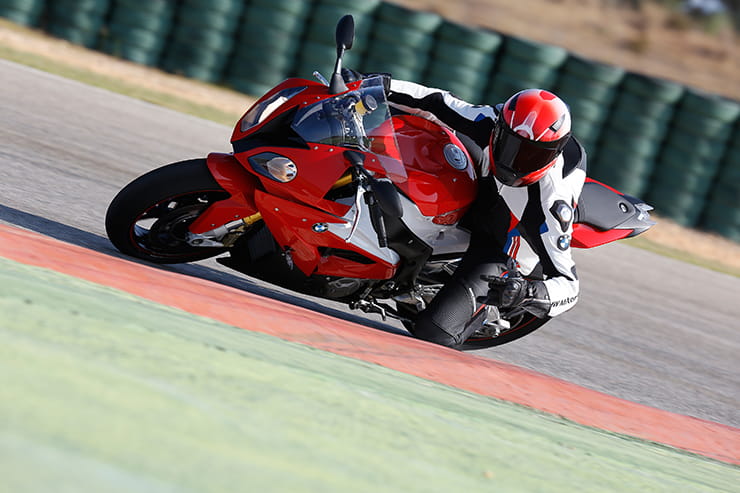