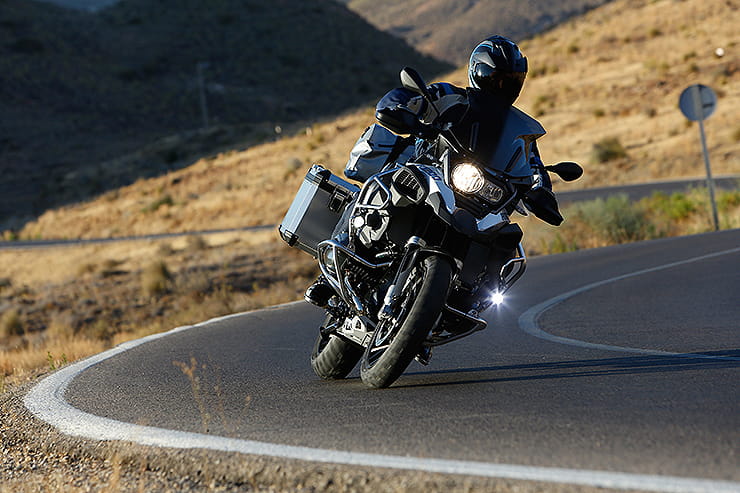 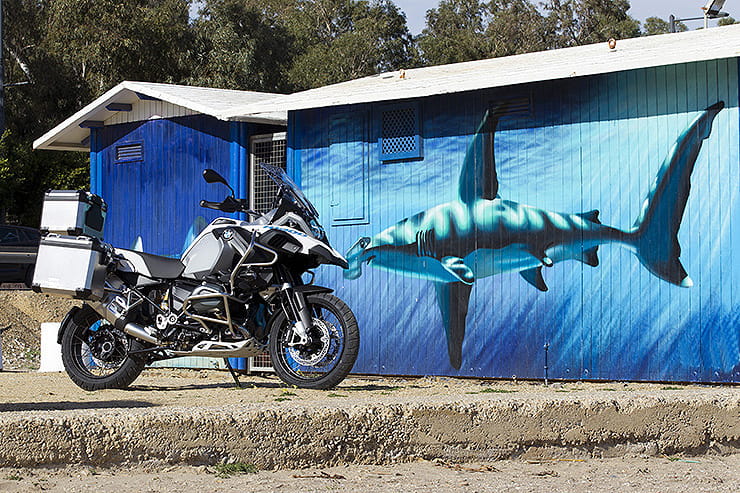 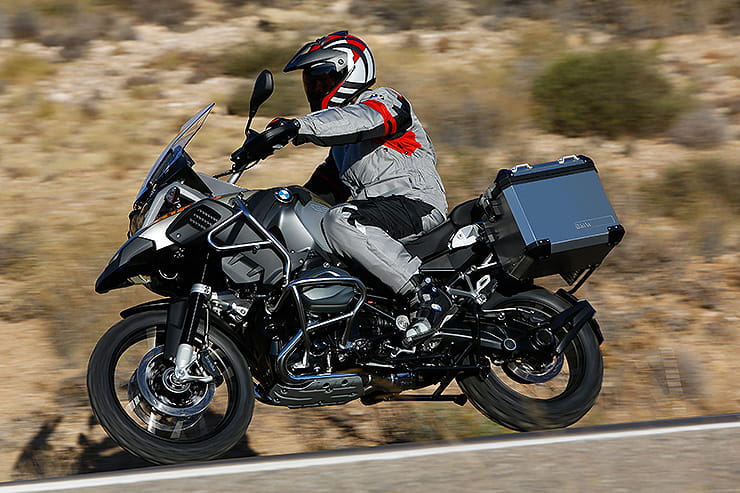 Billed by BMW as the definitive machine for long-distance travel, the R1200GS Adventure is a bike totally at ease with covering huge mileage. The more rugged sibling of the GS, the Adventure was first unleashed in 2005 but in 2014 alongside a total refresh it gained the all-new partially water-cooled Boxer motor, something the stock GS debuted in 2013. Although it can be taken off-road, the GSA is generally bought by riders who relish its huge tank range (up 10 litres on the stock GS), can live with its taller seat height and like the rugged look its spoke wheels and crash protection gives it.

The GSA is a really common used bike, however don’t think that this means you can haggle hard and snap up a bargain. Despite their prevalence in the used market, they hold their price due to their popularity and also their spec list. Very few GSA models are sold in basic spec and that means their residual values are high. If you want a very early 2014 bike you need to fork out just under £10,000 for a machine with under 20,000 miles on its clocks. If you don’t mind the mileage, one with mid-30,000s will cost the same but you should get full luggage, which the lower mileage examples will lack. Oddly it seems like the GSA hits the £10,000 mark and holds there or there abouts, so even 2016 bikes are between £10,000 and £11,000, irrespective of age. Generally with a GSA, price is determined by spec and mileage, not age.

The partially water-cooled boxer motor (technically the GS isn’t water-cooled, it is partially water-cooled. Where the old boxer motor was 22% oil-cooled and 78% air-cooled, the new GS is 35% water-cooled and 65% air-cooled using a technique called precision cooling) is the same as in the R1200GS and it really is a step up in terms of not only its performance but also its smoothness when compared to the air-cooled boxer engine. With bags of instant stomp, the twin makes a very respectable 123bhp and 92ft.lb of torque, which is all that is needed for road riding. It sounds, feel and acts just like the older boxer however it has a welcome extra element of refinement. 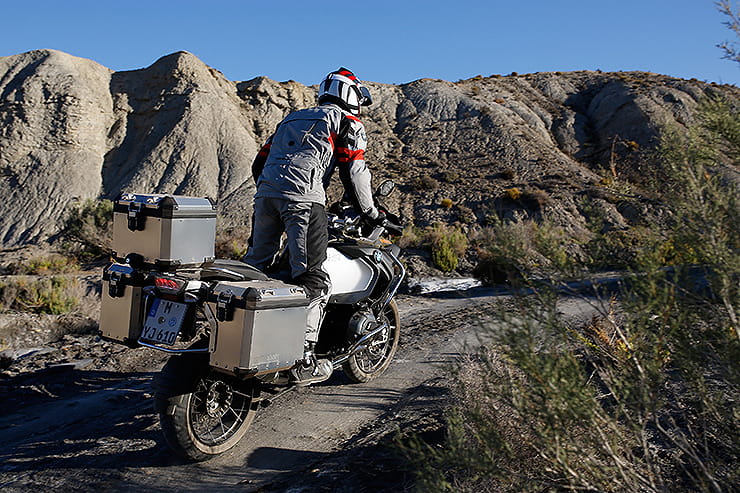 With so many GS models out there, you can pick up a fair amount of information when it comes to reliability if you head onto one of the many forums. The motor itself seems to be very reliable as long as you get it serviced regularly (every 6000 miles) and while there have been a few warranty issues, most bikes go through official BMW dealerships and so these will have been completed. In general the thing that causes issues seems to be sensors and finish, which can be an issue. The paint on the engine on some bikes seems to be pretty poor and once corrosion gets under, it lifts the paint off, making the bike look pretty tatty. Check around any areas where two cases meet as the corrosion gets under the paint here and if the owners has fitted a fender extender, which helps protect the front of the motor from road crud, take this as a good sign. The gearbox was updated on the 2017 bike but, weirdly, there were a few late 2016 bikes that have the 2017 engine with its slicker changing action. It’s not a bad gearbox, it’s just a bit agricultural and the 2017 version is noticeably slicker. A lot of owners swap the OE exhaust system and this is a great thing to do, liberating a nice bit of mid-range grunt with no need to get the fuelling altered as the bike self-adjusts or even swap the OE can, just replace the headers as that junks the cats. As on any shaft drive bike, you need to check the shaft drive system for any oil leaks and also the hub for noisy bearings, but they only really start to go on very high mileage bikes. Generally, motor-wise the GSA is pretty solid, especially if you are looking at a bike with less than 20,000 miles on its clock.

BMW claimed that he GSA was able to deliver economy figures of between 48mpg and 66mpg, which gave a tank range of over 300 and even touching 400 miles. Most riders agree that figures in the mid-50s mpg mark is pretty easily achievable in mixed riding and that is not to be sniffed at as it equates to around 350 miles out of a tank of fuel. If you like to avoid petrol station, the GSA is the bike to be riding. 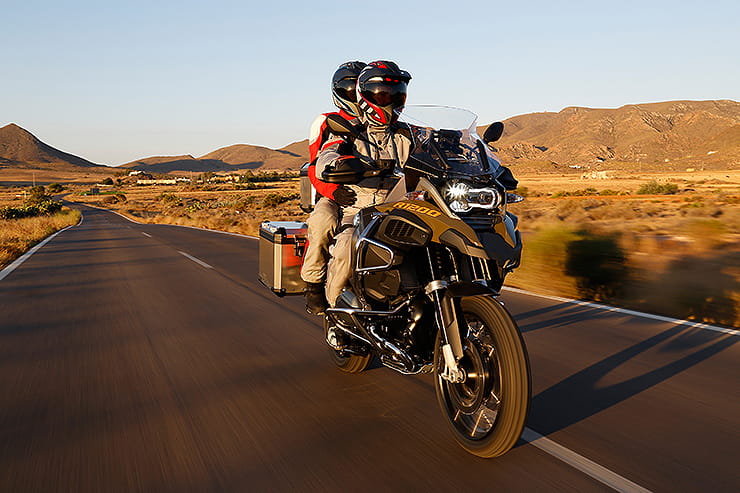 If you are considering a GSA, the first thing to note is that it is a tall and quite top-heavy machine, especially when you brim it with 30-litres of fuel (which is almost 30kg in weight). Add to this a tall 890/910mm (the GS is 850/870mm) seat height and longer travel suspension and low speed drops are pretty common, so inspect the crash bars for dings. If you are worried, you can either get a lower seat or just buy the stock GS. Once rolling the GSA is beautifully balanced and is much more akin to a sports tourer than an adventure bike as such. The front wheel might be 19-inch but it carries wide 120/70 tyres and that means lots of confidence and grip. On a test ride check there is no odd feeling from the Telelever front that might indicate it needs a refresh in its bearings/joins as that can get expensive but usually you are looking at over 50,000 miles before this is required. The ESA (if fitted) is a much more pressing worry as while specialists can rebuild the shocks, results seem mixed and if you buy an OE BMW replacement you are looking at over £1000 for each shock. Ouch! That said, ESA is a brilliant system and it really is worth having on the bike as it smooths out the ride quality. The GSA was subject to BMW’s front end recall, which will almost certainly have been competed but just check.

With Brembo radial brakes, the GS actually has a very strong braking set-up and you get ABS as standard, which is a good system. In 2016 ABS Pro was added as an option, which is angle-sensitive, but this is quite late in the bike’s production run and to be honest, if you are looking at a 2016 bike it is a better idea to bite the bullet get the updated 2017 model which has an improved motor/gearbox and upgraded electronics. Always check when the ABS fluid was last changed (should be every two years) as if contamination gets into the system and damages the pump you are in for a big bill. 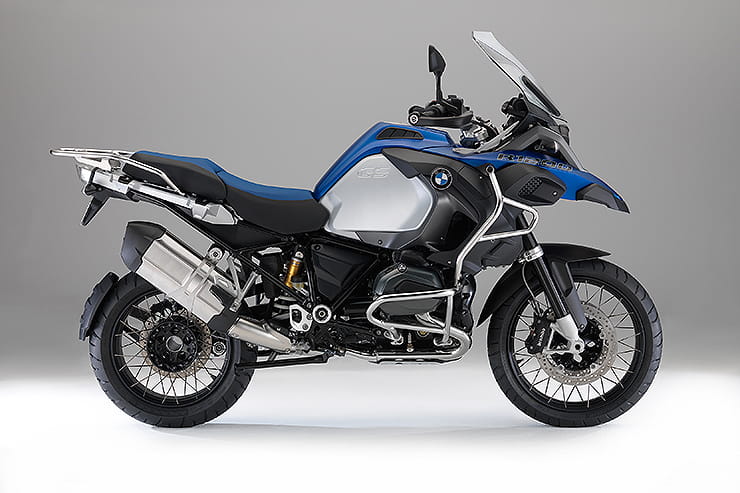 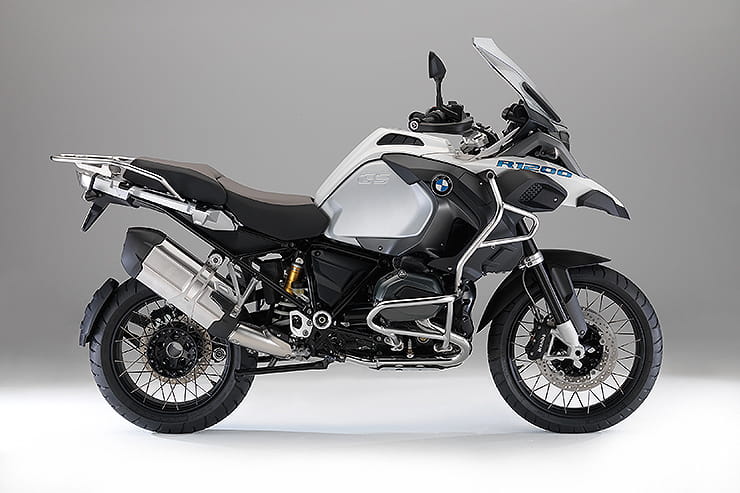 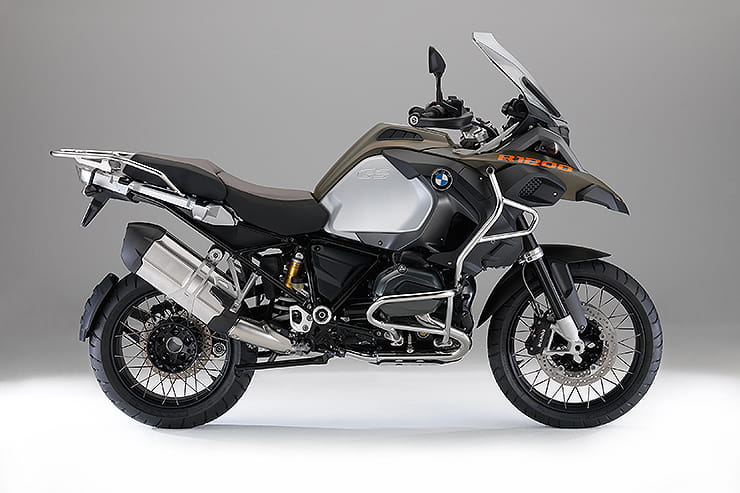 Oh yes, this is a bike built to destroy miles and you can most certainly tour on a GSA. In fact, do so and not only will you see loads of other GSA on your route, you will wonder why everyone you see isn’t on a GSA as it is so easy to devour the miles on. The upright seating position is very comfortable and with the heated grips and cruise control options ticked, it is very relaxed. The screen is a bit low as standard (it is adjustable) but you can get taller options and a lot of companies also sell additional wind deflectors (the Adventure gets extra deflectors over the GS) to keep you more sheltered. It’s not as sheltered as something like an RT with its full fairing, but if you keep the speeds to a reasonable (legal) pace it is wonderful. And should you encounter a bit of light off-road action to reach a secluded viewpoint, the GSA is more than happy to get down and dirty.

It’s a GS and so naturally, there are a lot of options... As standard you get ABS and ASC (traction control) alongside two riding modes (Rain and Road). Tick the Riding Mode Pro box and you add Dynamic, Enduro and Enduro Pro modes, which also adds Enduro ABS and Enduro ASC. None of them are angle-sensitive. If you want ESA (semi-active suspension) that is also an optional extra and so is Onboard Computer Pro, cruise control, tyre pressure control, heated grips and accessory LED lights and LED indicators. A lot of GSAs are sold in TE guise, which basically tics every single box and means you don’t have to worry about add-ons, so if you want all the bells and whistles, get a TE. The only thing the TE didn't have as standard was gearshift assist and a keyless ignition, which became standard fitment in 2017 on the updated model which also gained ESA Pro with its self-levelling function. In 2016 the GS did have the option of ABS Pro but not Dynamic Traction Control, that arrived in 2017. In terms of accessories, hard luggage is on nearly every GSA while accessory lights, taller screens (the Adventure has a taller screen as standard than the GS but for some it isn’t tall enough), added wind protectors, fender-extenders and crash protection is also very common. Generally, aside from touring goodies or crash protection, most bikes tend not to be too heavily modified and most owners stick with official BMW accessories, aside from exhaust headers. 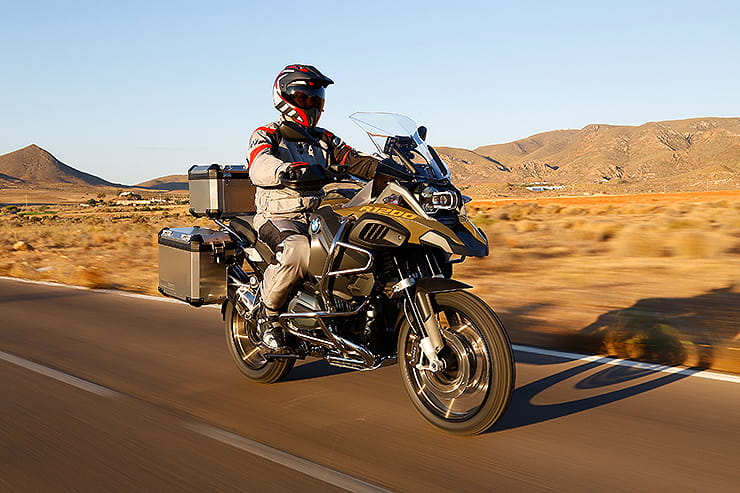 The GSA is a bike designed for serious mile-munchers and while its huge tank, tiptoe suspension and tall seat height can make it a bit unwieldy at low speed, a tank range of a genuine 300-plus miles is a big selling point. If you are short in the leg or not that confident with a heavy adventure bike, the stock GS is probably a better option but if you want to smash out the miles, the Adventure is absolutely brilliant.

Three things we love about the 1200GS…