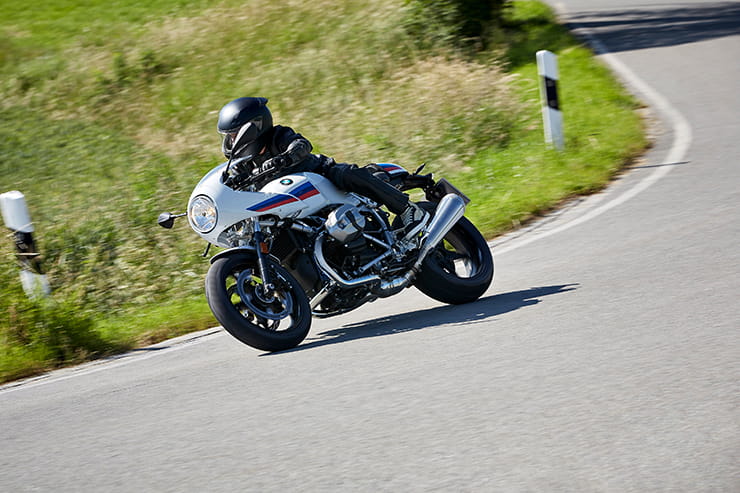 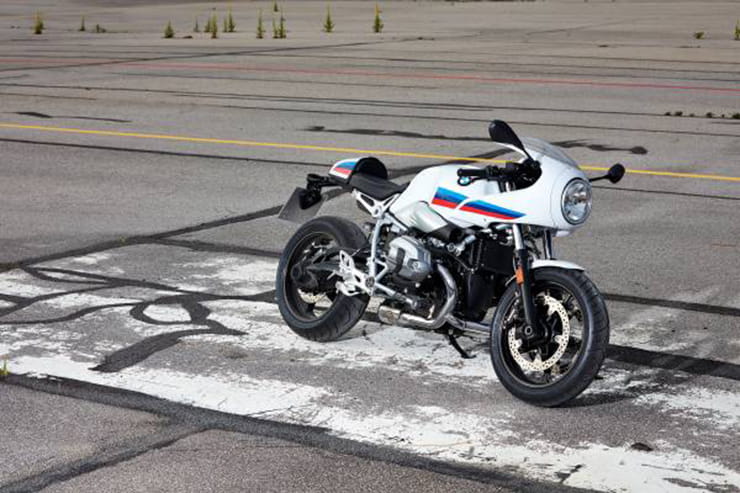 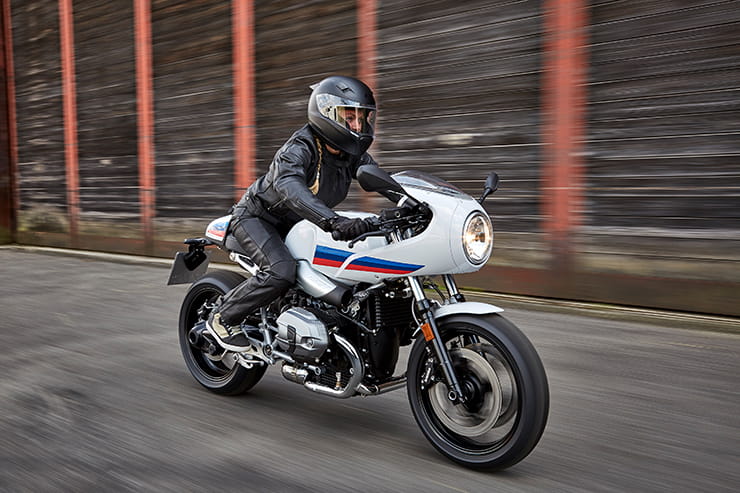 The problem with fashions is that they come and go – which is exactly what BMW discovered when they released their sportiest (looking...) R nineT model in 2017, the Racer. Modelled on a 1970s sports motorcycle, the half-faired Racer was a knee-jerk response to the hipster movement and custom houses building similar machines and while it looked good, BMW totally forgot about the fact that no one ever buys these bikes! Beautiful to look at yet cripplingly uncomfortable to ride, the Racer only lasted a few short years before the chequered flag was waved over its production. If you like the styling, the Racer is temptingly cheap in the used market and is based around the fabulous R nineT platform, however if you value your wrists, it may not be the best option...

Brand new BMW asked £10,775 for the base Racer or £11,360 for the higher-spec S model with its wire wheels, extra chrome, heated grips, and LED indicators. Naturally, being a BMW model, most owners went for this one! In the used market prices start at £7000 from a dealer, which is where 99% of the Racers are to be found. You may locate one in a private sale, but the chances are that as it is a 2017 model, the owner will have chopped it in at a dealership after a three-year PCP deal has expired and bought a GS instead. Almost new bikes, with a few extras, go for £11,000 but as the model was never changed and few cover big miles there isn’t much need to buy a new example over a 2017 model.

This Racer has the same air-cooled boxer motor as the rest of the R nineT model range and it gives these bikes the soul and character that sets them aside from other more sterile-feeling retros. Packing lots of lovely instant stomp as well as a wonderfully raw exhaust note, it isn’t the most refined of engines but the vibrations, slightly abrupt throttle connection and meaty feel give it real spirit and character. It’s a proper ‘old-school’ engine and that is exactly what you want in a retro bike. You can happily cruise with it and take it easy (remember it powered the GS, RT and rest of the boxer range for years) but it is when you let it rev and work it a bit that the best fun is to be had.

Reliability is certainly not an issue on the 1170cc air-cooled motor, and it is also a cheap motor to get worked on, mainly thanks to the fact the heads are so exposed. As long as it is serviced regularly (6000-mile intervals with the valve clearances requiring checking at 12,000 miles) you are very unlikely to run into any issues at all. The gearbox is more than a touch clunky but again, that is to be expected on an older motor and doesn’t detract from the ride quality, and like the rest of the engine it is very solid. As the Racer is only a few years old the chances of an oil leak from the shaft drive or the clutch slipping are really minimal and the same can be said of sensors going down, so really as long as the bike has a good service history (and it will do as most are bought on PCP and that is a requirement of the deal) you can buy with total confidence. BMW sold a variety of accessory exhaust systems for the Racer (and all the R nineT range) with the high-level Akrapovic especially sought-after as not only does it look cool, it also adds a lovely snarl to the engine’s note. That said, it doesn’t quite suit the Racer’s styling quite as well as the naked Pure, so most owners stick with a stock system or the low-level Akra. 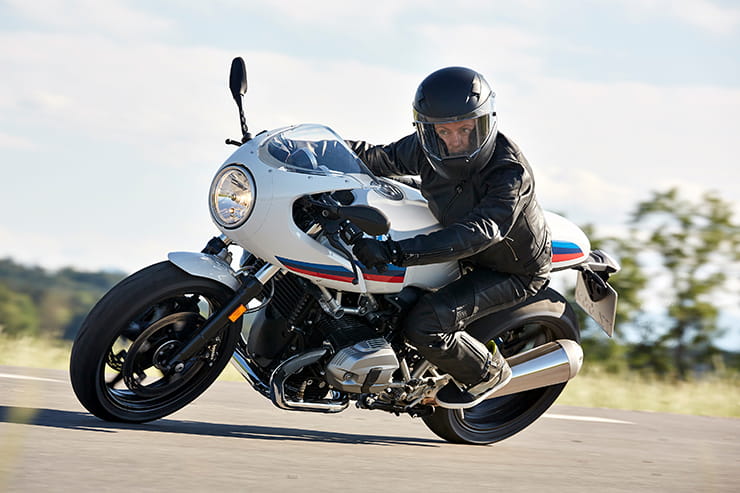 You can expect to record low 40mpg numbers with the Racer, meaning 140 miles can be squeezed from the 17-litre tank without too much effort. Not that you will want to ride it for that distance...

As the Racer is basically an R nineT Pure in disguise, you get the lower-spec chassis and where the top-spec R nineT model (generally called the Roadster) gets inverted forks, the Racer has conventionally-mounted telescopic items. Although they lack any adjustability, they are set well for road use and the shock (which has spring preload and rebound damping adjustment) is also pretty hard to fault. The R nineT models may look retro but BMW have always ensured they ride beautifully and thanks to a low centre of gravity the Racer is a real joy in the bends. Its clip-on bars put more weight over the front than the Pure and that gives you a bit more feel as to what the wheel is doing when up to speed, which is good, however at low speed the trade-off is a bike that is slightly more cumbersome and awkward in town or through slower bends. And your wrists will also be complaining, which doesn’t help matters. Tipping the scales at 220kg wet the Racer is a bit chunky but as its weight is carried so low it never feels hard to manoeuvre at walking pace, which is good. As with all the R nineT models, BMW have cleverly designed the Racer’s frame to be easy to customise so you can quickly unbolt parts such as the rear of the sub-frame to give it an even more stripped-back solo-riding look.

With ABS as standard and Brembo four-piston calipers with braided lines, the Racer is certainly not left lacking in terms of its stopping power. The calipers may not be the radial items you get on the Roadster, however there is nothing at all wrong with their performance on the road. 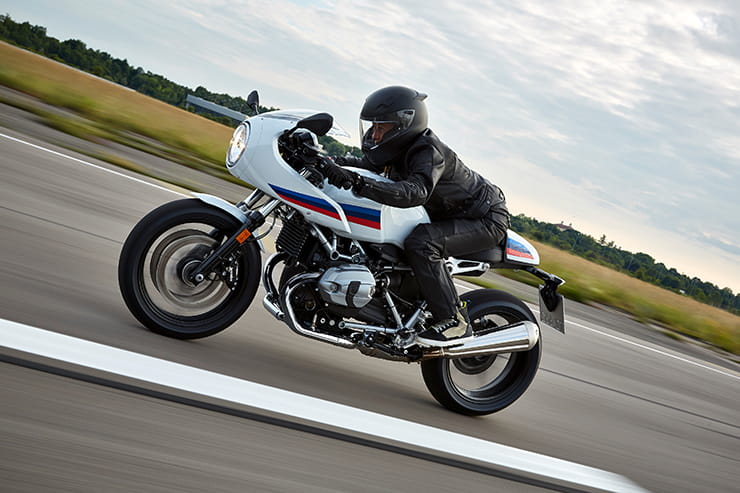 In a word – horrible. Sadly, due to the Racer’s low bars the riding position is a weird stretched out affair and that puts loads of pressure not only on your wrists but also back, making it very uncomfortable after a fairly short time in the saddle. You really wouldn’t want to take one for much more than short blasts and certainly not a full-on touring holiday. Ask any woman who wears high heels, and she will tell you fashion can hurt and with the Racer you will need to put up with a degree of discomfort for the sake of looking cool...

The Racer has the same lack of fussy electronics as the rest of the R nineT range and while you get ABS as standard, ASC (traction control) is an optional extra alongside heated grips and LED indicators. Neither safety assist is angle-responsive. In terms of accessories, however, the Racer has all the same ones as the Pure and that means loads of brushed aluminium parts, trims, billets bits and bobs and general trinkets – and of course exhaust systems. There is even a comfort seat for the Racer, which is a bit of a blessing... Accessories do add value to an R nineT, so expect to pay extra for one that has been accessorised with BMW-official bolt-ons but avoid any that have been heavily chopped about.

Where it is hard to fault the rest of the R nineT range, the Racer is a bit of acquired taste and it has to be said, the fact it didn’t last very long tells you all you need to know. It’s not the best model in terms of the ride quality due to its poor comfort levels but it is one of the best looking, so if you want to look cool (and it is very cool) you need to put up with aching wrists. As long as you are aware of this, the Racer is a great looking retro with bags of charm.

Three things we love about the R nineT Racer… 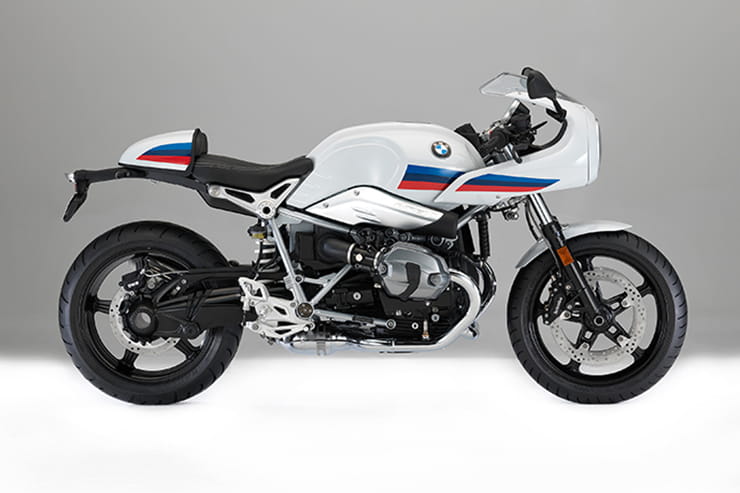