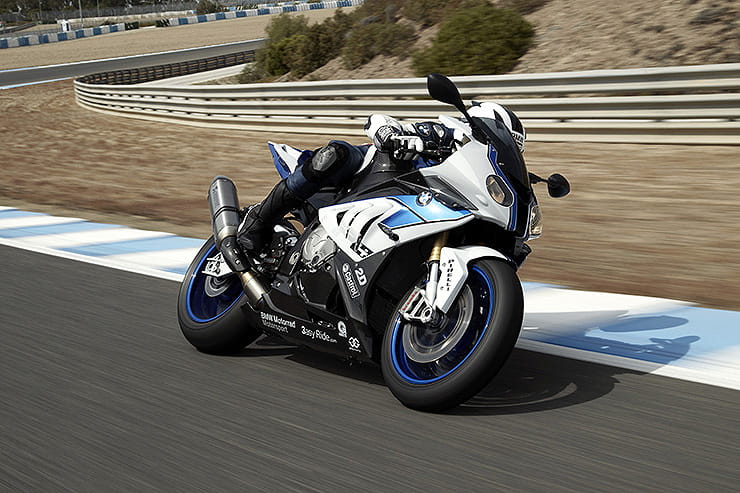 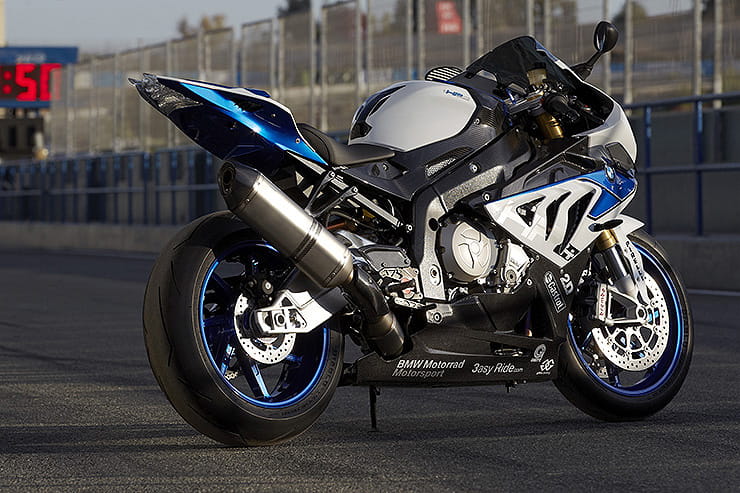 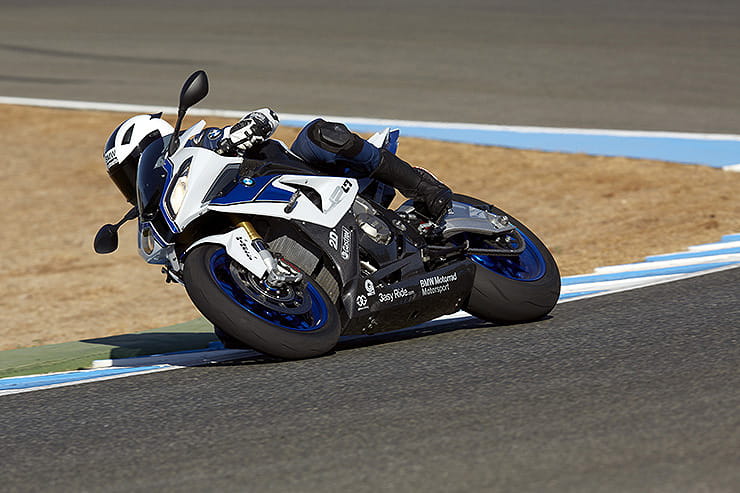 How do you improve upon what was already the class-leading sportsbike? You give it the HP treatment, which is exactly what BMW did in 2013 to the S1000RR to create the beautiful HP4. Not only was the HP4 dripping with race-inspired components, it also introduced the world to semi-active suspension on a sportsbike. Exclusive, expensive and oh so desirable, the HP4 (High Performance four cylinder) remains a stand-out model in BMW’s history and as well as being sublime to ride is probably a decent investment as it is quite likely to hold its value in the coming years. And maybe even increase...

Back in 2013 the HP4 cost a whopping £16,700 in base trim or an even more eye-watering £19,350 with the ‘Competition Pack’ added, which consisted of carbon bodywork, a sponsor sticker kit, blue wheels, HP hinged levers and HP rearsets. Ouch! As you would imagine, the price has reduced slightly over the years as the RR has been upgraded but not by as much as you might hope! The lowest end of the scale sees a base model (if it can indeed be called base) HP4 setting you back in the £12,000 region while one with the Competition Pack (look for the blue wheels) is touching £13,000 for a tidy example and £13,500 for a beauty. As the HP4 was only made for two years, there is little difference in price between a 2013 and 2014 bike, however decent optional extras (ideally from BMW’s HP range) do see the price rise with top-end bikes going for in the £15,000 region.

BMW didn’t actually tweak the physical motor at all for the HP4, however they did play around with the electronics and exhaust and as a result it has a noticeable boost in its mid-range between 6000 and 9750rpm. That said, when you have 193bhp and 82.7lb-ft of torque at your right wrist, you would be hard pushed to complain about a lack of oomph... Interestingly, ‘Rain’ mode’s output was smoothed off while unlike the stock RR, full power is delivered in every mode on the HP4. 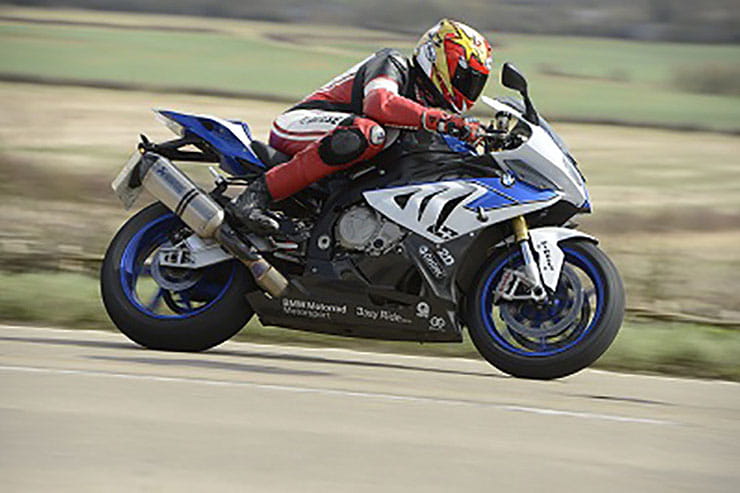 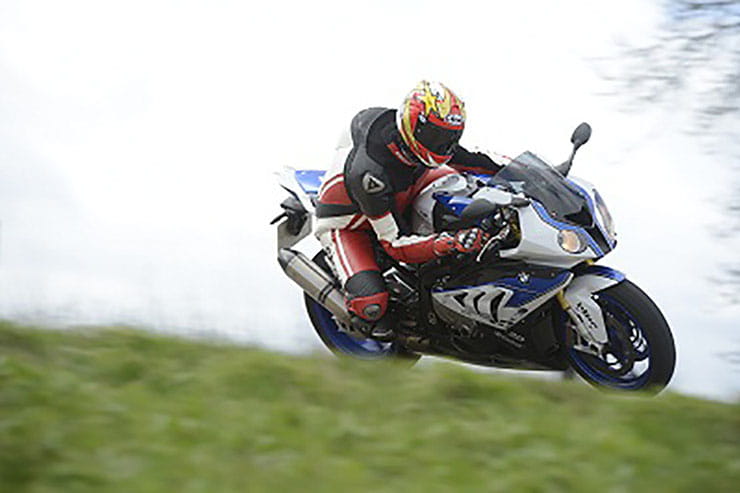 While the power is the same in all four riding modes (Rain, Sport, Race & Slick) it is the intensity of the anti-wheelie and traction control that makes the difference to how the HP4 accelerates. Sport offers the best balance as the electronics prevent it all getting a bit too exciting, however if you stick it in Race the anti-wheelie is reduced, meaning that power wheelies are possible (if you are brave enough to hold it open) and you can feel a bit more on the edge. Slick, which allows you to customise the TC settings while on the go, is the full-Monty and is probably best left for the track! Stir that inline four into action and it is a remarkably fast engine that can hit 120mph in second gear and smash out 186mpg top speed runs all day long while the Akrapovic exhaust system howls like an F1 car and the quickshifter allows you to fire gears at it without shutting the throttle. It’s an amazing motor that would have sat happily on a WSB grid just a few years ago, however nowadays it is in a used road bike with 6000-mile service intervals and no questions over its reliability! The Akrapovic exhaust system is made from titanium and is 4.5kg lighter than the system used on the stock RR while also incorporating an interference pipe between cylinders two and three to improve mid-range performance.

BMW claimed the same economy figures for the HP4 as the RR, so that’s between 47 and 50mpg. Like the RR, that figure is a touch optimistic so expect to see closer to 43mpg for general riding. 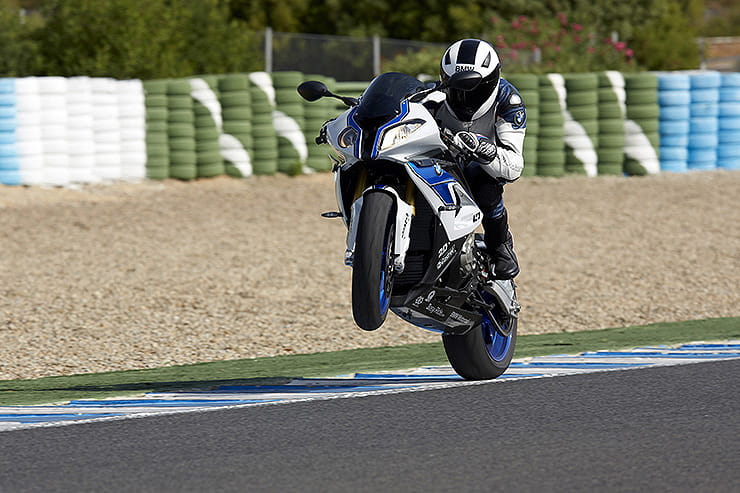 As well as shedding 5kg in weight when compared to the RR, the HP4 has a few tricks up its sleeve that ensure its handling is a step above the base model through some old and some new technology. Adding lightweight forged wheels is hardly anything earth-shattering, however the 2.4kg saving in weight the 7-spoke wheels (and lighter sprocket carrier) deliver certainly helps the HP4 feel more eager to turn into a bend. The big news, however, on the HP4 was the debut of BMW’s Dynamic Damping Control (DDC). A semi-active suspension system, DDC has a soft setting for Rain & Sport and a harder setting for Race and another for Slick. The right-hand fork leg contains spring preload while the left has electronic compression and rebound damping that are controlled as one by the DDC’s ECU. The shock has separate compression and rebound adjustors. Within each of the modes there are 15 damping settings that can be altered when the bike is stationary via the dash. On the go the system is incredibly impressive and it is only after you revert back to a bike that lacks it you realise just how good it actually is at smoothing out any undulations in the road’s surface. On a used bike there is always the worry about the fact the shock is non-rebuildable, however unlike some other models which now carry a similar system, HP4 owners don’t tend to cover huge mileages so all should be well. Just check for leaks to be on the safe side as stationary shocks can allow their seals to dry up and perish. Interestingly, the HP4 has a wider 200/55 rear tyre than the base RR.

BMW refined their Race ABS system for the HP4 to give it a sportier feel to match the uprated Brembo calipers and pads and 9x brake discs. Still consisting of four modes (Rain, Sport, Race and Slick) the full-on Slick mode now has an ‘IDM setting’ (the German superbike championship) which BMW claimed benefits from data gained by BMW-backed race teams and disables ABS to the rear. Basically, the brakes are awesome... 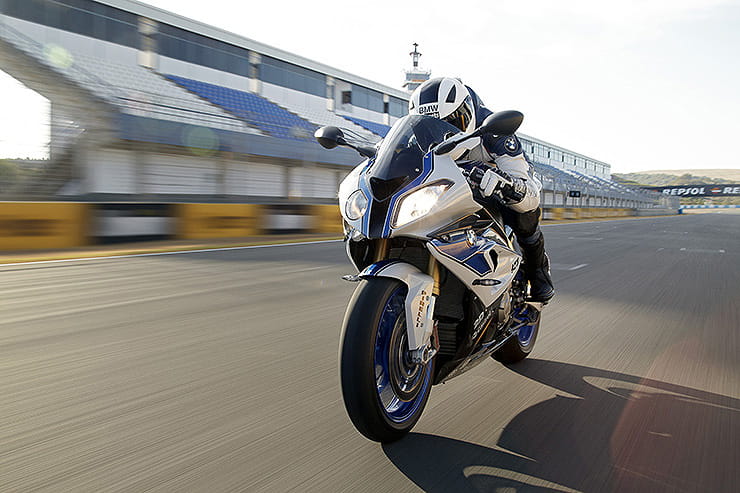 The HP4 came with a pillion seat cover as standard, which is a bit of a hint as to what BMW expected its owners to use it for – and that wasn’t touring. Also, the ‘Passenger Package’, which consisted of a pillion seat and footpegs, was an optional extra!!! Looks aside, the HP4 is actually quite a comfortable sportsbike and although cruise control wasn’t an option, heated grips was! Add these with a taller screen and the RR isn’t an uncomfortable sportsbike when it comes to covering reasonable distances and still retains its sporty looks.

Yes, lots of them! As well as introducing semi-active suspension, the HP4 has Race ABS (with sportier maps), four power modes (with the traction control variable in Slick via the switchgear), Dynamic Traction Control and also Launch Control, which was a first for BMW motorcycles, and a quickshifter as standard. In terms of accessories, BMW released a stack of HP parts that included carbon bodywork, rearsets, levers, screens and even a motorcycle cover and tank bag. If are very serious about trackdays, there is also the HP Race data logger and Power and Calibration kit to allow you to tweak the electronic systems when on track and even HP gearboxes, a pit carpet and tyre warmers! That said, if a bike comes with this kind of kit it is probably best avoided as it will be an ex-race hack or owned by a serious trackday nutter. 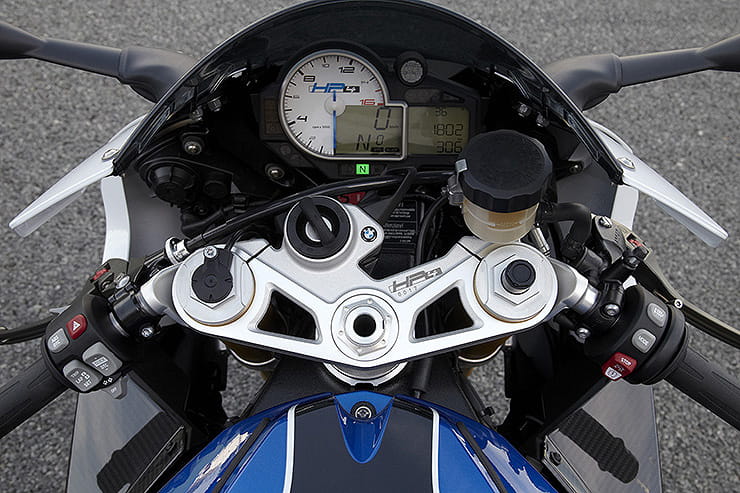 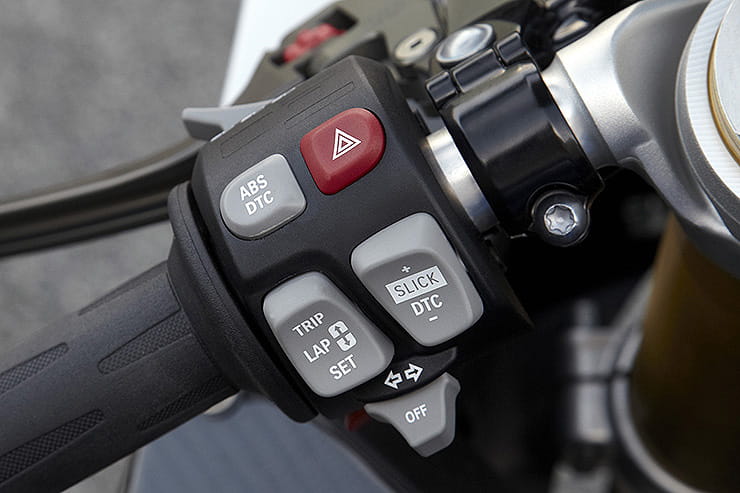 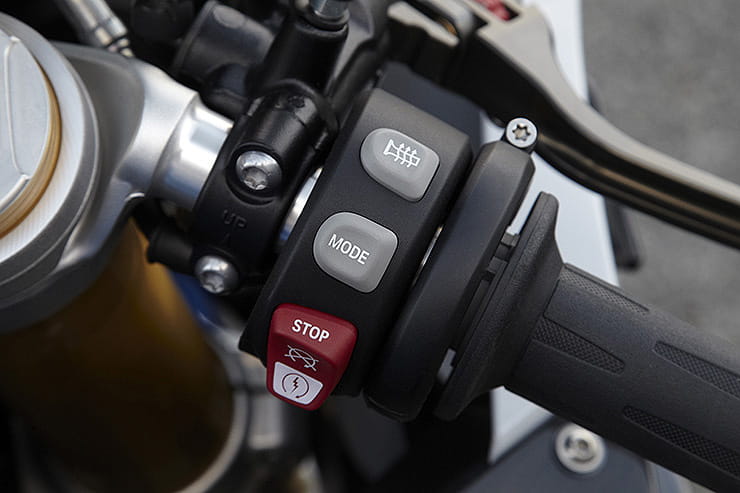 Yes, the HP4 Race with its carbon frame is flasher than the HP4 and yes, the all-new ShiftCam RR is faster but there remains something very special about the HP4. If you want an exclusive and very quick sportsbike that comes loaded with tech and top-rate chassis components, the HP4 ticks every box. And it doesn’t need its engine rebuilt every few years!

Three things we love about the HP4…