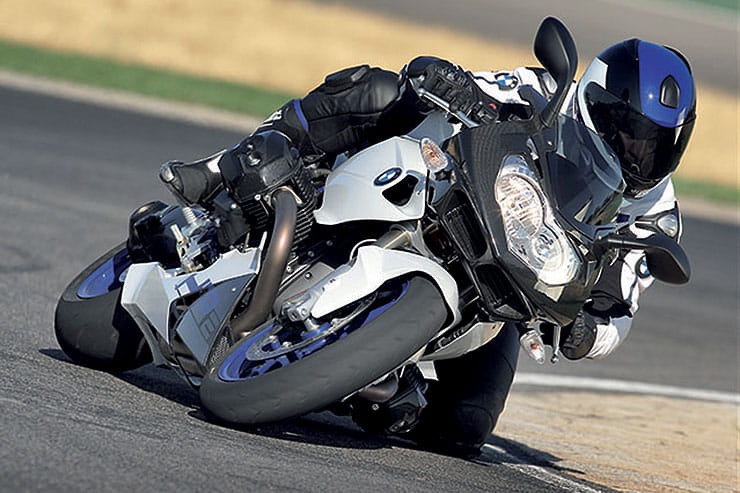 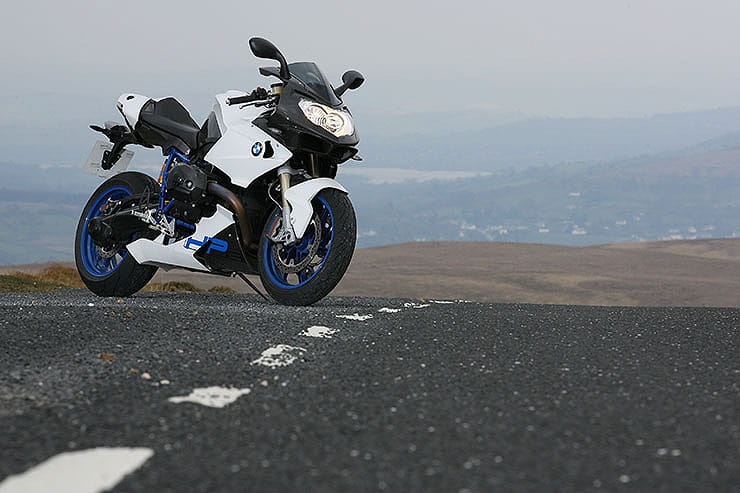 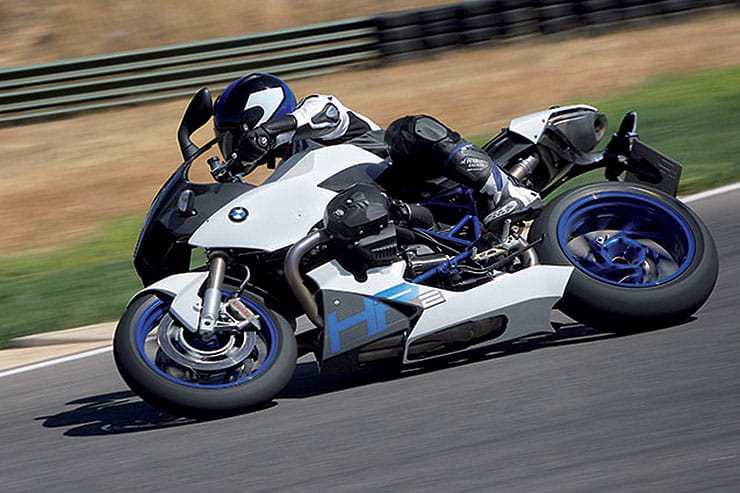 The BMW HP2 Sport is a bike that makes BMW boxer fans, and fans of beautiful bikes in general it has to be said, go all weak at the knees. Launched in 2008 after the firm ran a ‘special’ R1200S in the 2007 World Endurance series, the HP2 Sport is the third member of the HP2 (High Performance two-cylinder) family, following on from the Megamoto and Enduro. And you have to say, BMW saved the best for last. A simply stunning bike with an attention to detail that means you can spend ages just soaking it all in, the HP2 Sport was the first boxer model ever to run double overhead cams and for a long period of time was also the most powerful incarnation of the motor BMW produced. Although not technically limited in its production, not that many HP2 Sports were made due to their high price tag and they have recently shot up in value because of this exclusivity. If you like an air-cooled boxer engine and want to turn heads, the HP2 Sport is a sublime machine in so many ways.

Yeah, this is the sticking point... Brand new the HP2 Sport cost an eye-watering £14,500, which was a heck of a lot of cash for an air-cooled bike back in 2008. However due to the fact BMW refused to cut any corners, prices have always remained high and by the time production stopped in 2012, HP2 Sports were starting to become desirable as collector’s items. Nowadays they are even more so... If you want a good one, you need to assume you will be forking out a minimum of £14,000 for one that has been well used (by ‘well used’ we mean sub-15,000 miles), if it is less than 10,000 miles you need to find closer to £18,000 and very low mileage examples change hands (well, are advertised) for touching £25,000. Ouch!

The big technological advancement the HP2 Sport brought with it was a double overhead cam motor, which took until 2010 to arrive in the GS road bike. With 130bhp and 84.9lb-ft, this engine made the HP2 Sport the most powerful boxer for an impressively long time and it was only the 2019 R1250GS that eventually managed to beat it – and with the help of water-cooling! A motor rammed full of punch, the HP2 Sport feels brutal and exciting and is far from a slouch, despite the fact it is air-cooled. Crack the throttle and it drives forward and what makes it even better is the pop from the quickshifter when you select another gear. It’s raw, has a stack of fire in its belly and is guaranteed to make you grin. In short, it’s wonderful – but really needs a fuelling module fitted as the fuelling is a bit wild...

In some ways the HP2 Sport is a cheap bike to run and also one that is a safe bet when it comes to reliability as aside from a few flash engine internals (lightweight forged pistons, conically ground valves, the DOHC head and a close-ratio gearbox) the motor is pretty much the same as a R1200S runs. Service intervals are the standard boxer 6000 miles, valve clearances are nice and easy due to the exposed heads (which have cool carbon covers with nylon sliders if you fancy going bananas) and the shaft drive system is a standard BMW affair. However, when you dig a bit deeper you discover that at 50,000 miles the engine’s internals need to be measured and replaced if required! Will any HP2 Sport hit this mark? Not a chance... It is highly unlikely that the owner will have missed these, but there have been two recalls (or factory modifications in BMW-speak) which involved the fuel pump and final drive, so check these have been completed. Pleasingly, the high level of build quality even extends to the OE exhaust system, which is stainless steel with a flapper valve in it. Akrapovic did make a race system for the Sport, which cost a terrifying £2500 and sold in very limited numbers. Apparently, they still have the jigs, if you want one give them a bell and prepare for you credit card to take a beating... 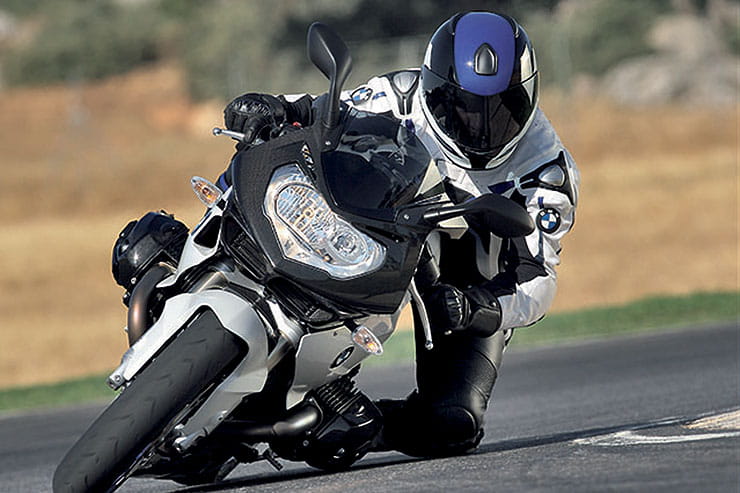 Is this an issue on a bike such as the HP2 Sport? Not really, but if it worries you then you can expect to see low 40mpg figures and a tank range of around 140 miles.

The HP2 Sport may be heavily based on the R1200S but that is no bad thing and as long as you ignore the fact it is a touch weighty at 199kg, this is a really good handling bike that is happy to take on a trackday or two. If you are pushing on a bit you need to be aware of a bloody great cylinder head hanging out of each side of the bike, which can scrape on the ground, but that’s more a testament to how accomplished they are in bends rather than a lack of ground clearance as such. With Öhlins suspension front and back, forged wheels and weight-saving carbon bodywork and even a self-supporting carbon subframe/seat unit, BMW did a lot of work to ensure that should owners want to crack on, the HP2 Sport would live up to the Sport part in its name. Not only that, it has lovely touches such as the adjustable footpegs, which can be altered via an eccentric cam, and the milled top yoke, which apparently was only made by a single chap in the German factory. When buying used, give the fasteners a very close inspection as should the carbon bodywork be removed and replaced without a great deal of care, the lacquer can crack alongside the paint where the fasteners grip the fairing. As you would imagine, this costs a lot of money to fix!

BMW went to town and the HP2 Sport comes with Brembo monoblock radial brake calipers with braided lines as standard, which is what you would expect. Interestingly, ABS was an optional extra and if you selected it the system fitted contained a rear lift detection element. It could also be deactivated should you wish to take the Sport on track with no electronic braking interference. 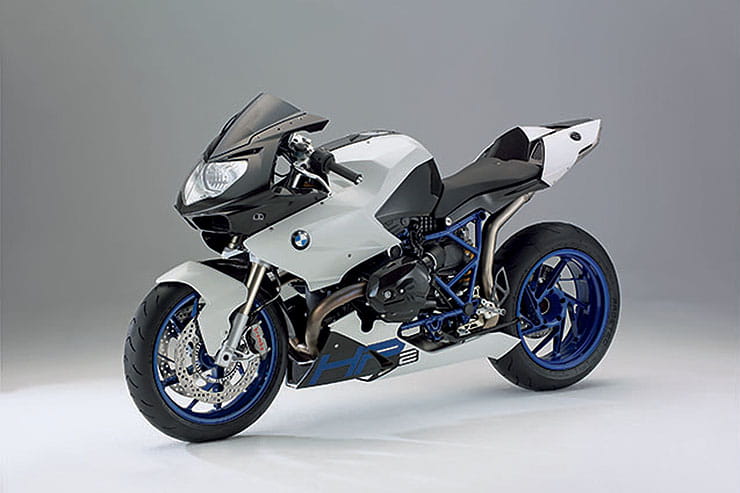 Despite its sporty billing and racy riding position, the Sport isn’t actually an uncomfortable bike to ride and like the R1200S it is happy to tour. The main issue you have is the fact that you can’t put luggage anywhere as it only has a single seat! If you are happy to tour with only a rucksack for your gear, the HP2 Sport will oblige. Even though your mates may avoid you after a week or so wearing the same clothes...

While ABS was an optional extra, the HP2 Sport comes with a cool selection of technology. Back in 2008 a quickshifter (up only) was quite a novelty item and the BMW unit is excellent and delivers a wonderful pop when you use it between wide-open upshifts. What is even cooler, however, is the 2D Systems dash, which is straight off a mid-2000s GP bike and looks amazing. A cool feature is that alongside the ability to switch from a road mode to race, the shift lights act as warm-up warnings, flashing if you over-rev a cold motor! In Race mode the dash acts like a datalogger, recording lap times, revs, top speed and gearshifts and can have a GPS tracker and full datalogging added for serious track work through its expansion ports. In terms of accessories, very few HP2 Sports get accessorised aside from stickers and in truth you are better to buy a standard model than one that has been modified at all. Unless that modification is a fuelling module, which really helps to smooth off the Sport’s quite lumpy power curve and makes it far easier to ride on the road.

The BMW HP2 Sport is an absolutely beautiful machine that is a proper slice of exotica – although from Germany and not the usual Italy. Expensive to buy if not run, this is a bike that only a dedicated few will ever have the privilege to open their garage doors and see waiting for them. If that’s you, congratulations. As for the rest of us, we can always dream...

Three things we love about the HP2 Sport… 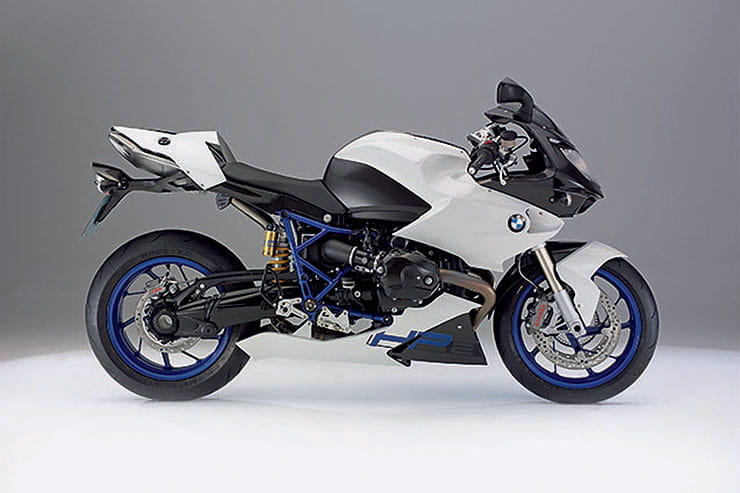 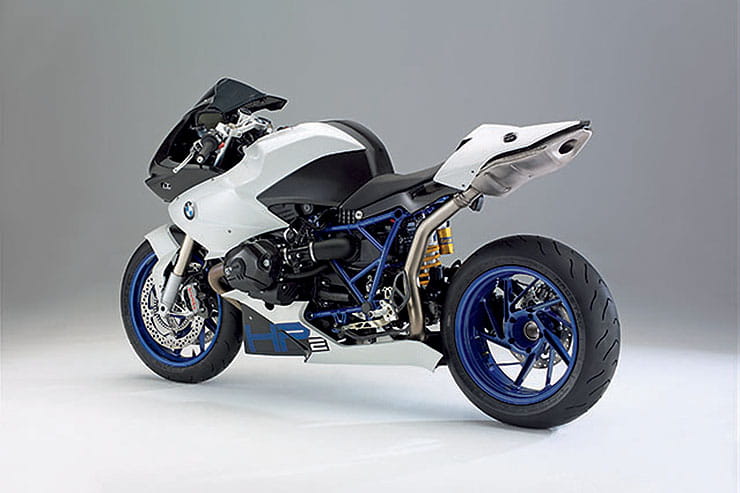 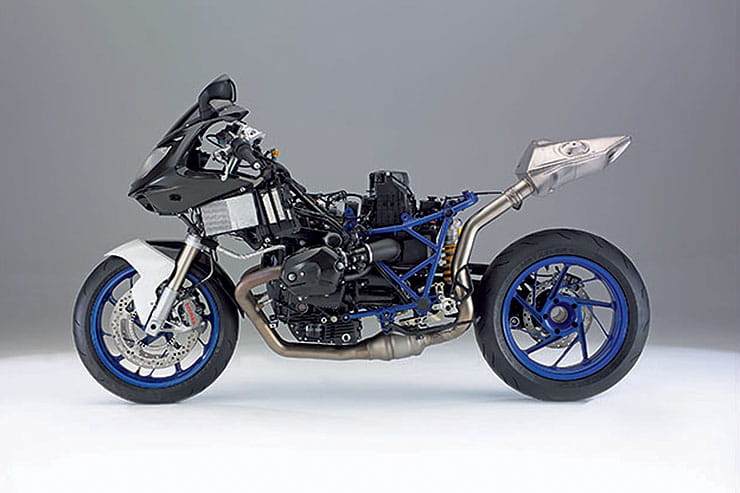