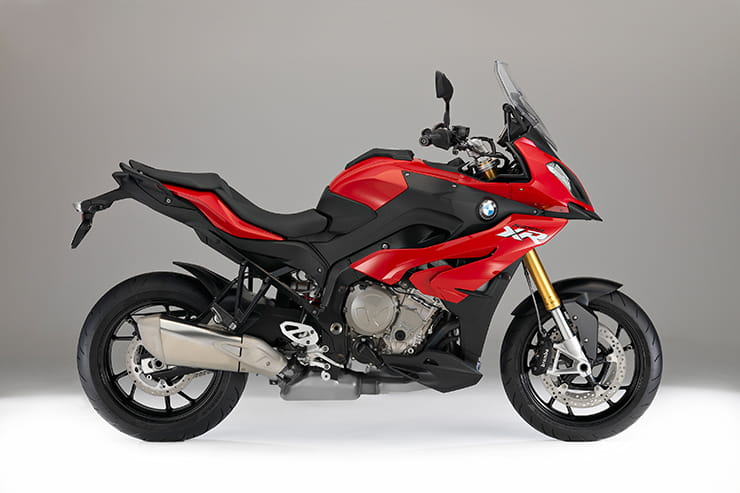 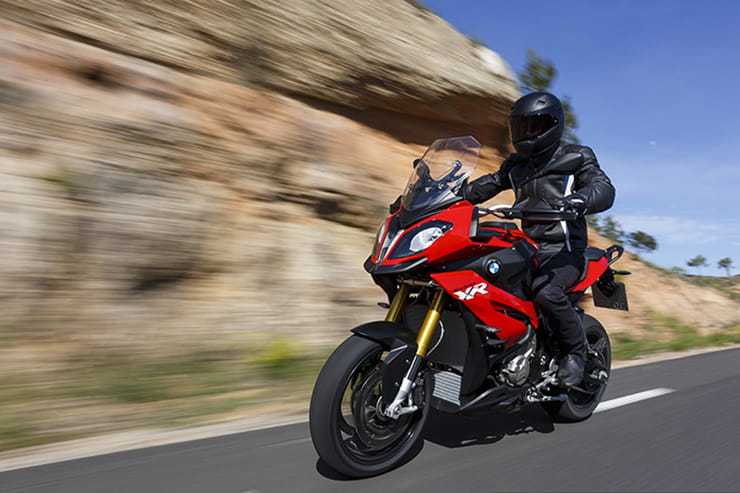 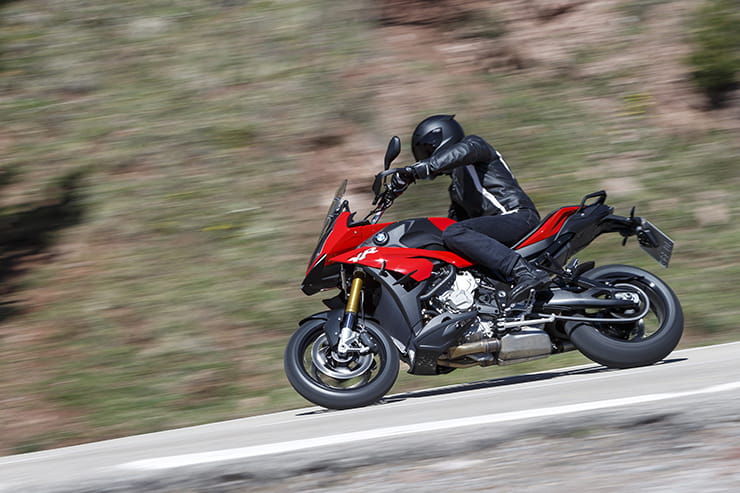 BMW do tourers very well and their GS and RT boxer-engined bikes are class leaders in their respective fields. However ever since the S1000RR arrived, BMW have been gaining a reputation for sporting excellence that runs alongside its long-distance credibility. But what would happen if you combined these two sides? In 2015 BMW did just that by sticking a re-tuned version of their RR engine in an adventure bike chassis - the result was the S1000XR. Billed by BMW as an ‘adventure sports’ bike, the XR is best thought of as a blinking fast adventure bike that also handles the bends and is in essence the same kind of machine as Ducati’s Multistrada. With this in mind, if you still love the buzz you get from a full-on sportsbike but your wrists and back tell you that maybe it is time you swapped clip-ons for tall bars, the XR could be your perfect companion. Especially if you want to take a trip or two onto the continent or explore the UK’s fabulous roads.

Producing a very impressive 157bhp that is backed up by 82.6lb-ft of torque, the XR is far from a compromise if you are used to the performance of a sportsbike. Open the gas on this adventure bike and the XR clears off with a surprising turn of pace that while a touch vibey on a constant throttle, has mountains of torque to make covering motorway miles a breeze. But it is in the bends that the XR will leave most riders genuinely surprised – in a good way!

With 17-inch wheels and the option of BMW’s Dynamic ESA, not to mention a full electronics package of ABS and traction control (with angle sensitivity a tick-box extra) all held together by an aluminium perimeter frame, the XR is a proper back road weapon. Get it on a twisty road and the long travel suspension deals with uneven surfaces far better than any sportsbike ever can and its wide bars make levering it towards an apex even easier. If all your mates have sportsbike don’t worry, the XR certainly won’t leave you trailing behind! In fact, you will probably be leading the way on the UK’s notoriously uneven roads! And all while carrying panniers, relaxing into a comfortable seat and not being bothered by aching wrists when you reach your destination! 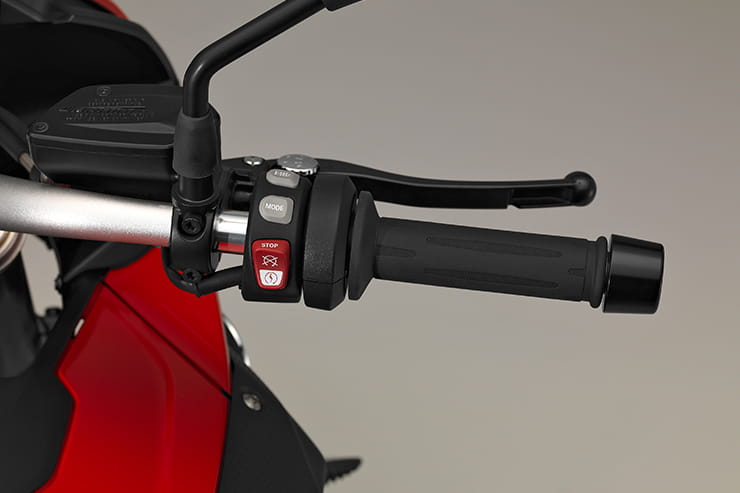 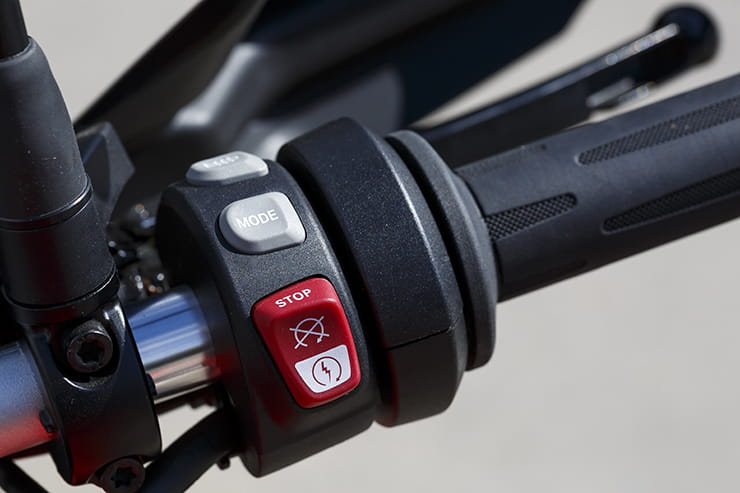 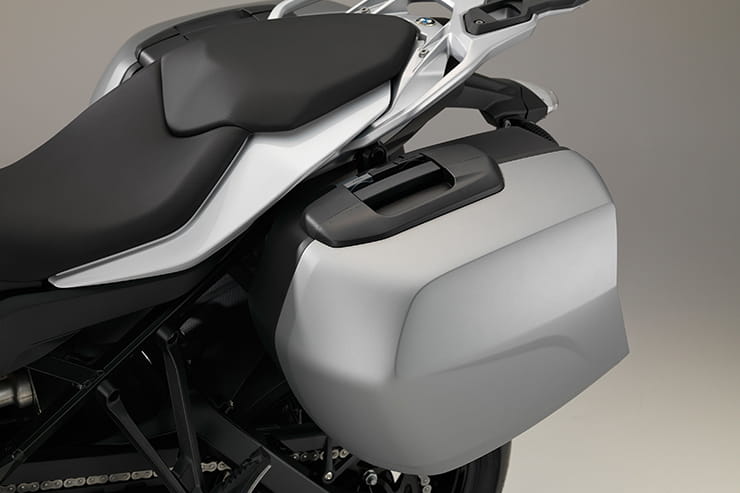 While in general the BMW S1000XR is a very reliable bike, it does suffer from a few ‘first-generation gremlins’ that can ruin the ownership experience. Not all are easy to spot, and some can’t be avoided, but a bit of careful research should help you swerve the worst of them.

The main complaint that owners have stems from the bars, which vibrate at motorway speeds and can cause numb fingers. This was remedied in the updated 2017 model, however if you are looking at a 2015/16 bike then a set of aftermarket replacement heavier bar ends goes a long way to damping the vibes out. A few owners go even further and there are a lot of threads on forums regarding this issue, but the simplest answer is to change to the top yoke rubber mounts of the newer model – the modification is available from BMW dealers, and should cost less than £100 fitted.

As the XR is a tourer you have to expect it to have covered a few miles, which isn’t an issue as long as it has been serviced to the correct BMW schedule. Most three-year-old bikes will have been as part of their PCP agreement, but those older bikes outside of this can start to see their service history slip. Always check the history and be aware that at 18,000 miles the valve clearances need checking, which is a bill of over £500 in itself. And speaking of mileage-related issues…

Aside from the obvious chain and sprockets, tyres, brake pads etc, you need to be wary of major components on a higher mileage BMW as things will wear out with use. If the bike has Dynamic ESA fitted then ensure there are no leaks as while the forks can easily be rebuilt, the shock isn’t quite as easy and a replacement unit is over £1,000 from BMW. A few specialist companies will rebuild them, but they aren’t technically a serviceable item. BMW also recommend that the brake fluid is swapped every two years to avoid debris entering the ABS system, which is seldom done on older bikes and can lead to very costly ABS issues in the future so check it has been swapped by giving it a visual inspection. In terms of mechanical issues, the biggest worry is the first generation’s switchgear, which has an annoying habit of failing so check all the buttons etc are working correctly. The same goes for the immobiliser’s antenna, which again is known to fail and leave riders stranded at the side of the road.

Finally, you need to consider a bike’s spec. The XR was sold in stock and Sport guise with the Sport adding a host of cool features that include extra riding modes, a more advanced traction control system that is angle-sensitive, cruise control, semi-active suspension and a quickshifter with the SE version having all the bells and whistles. The more options, the higher the price tag, and that also includes panniers, a top box, heated grips etc. Always buy a used bike with the kit already fitted rather than try to retro-fit extras to save cash. 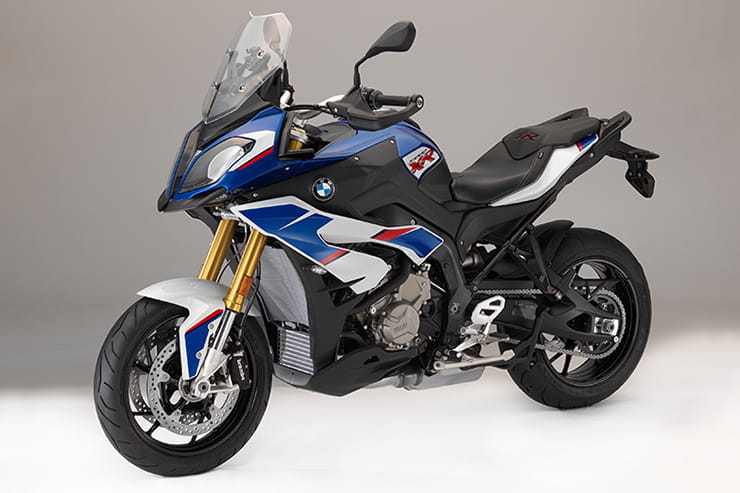 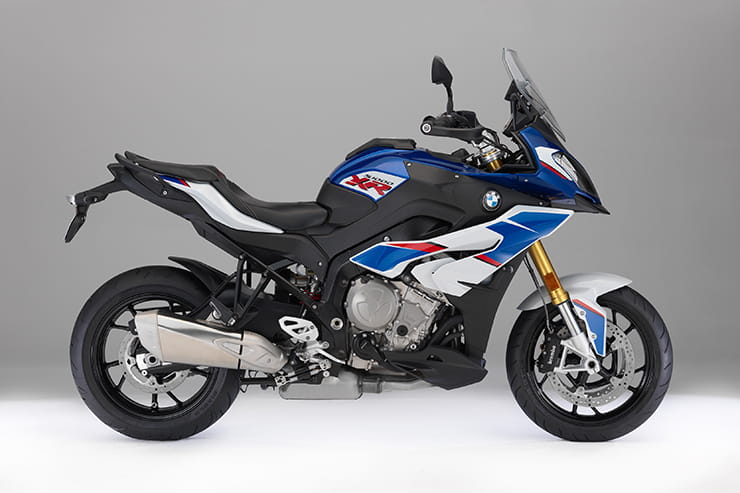 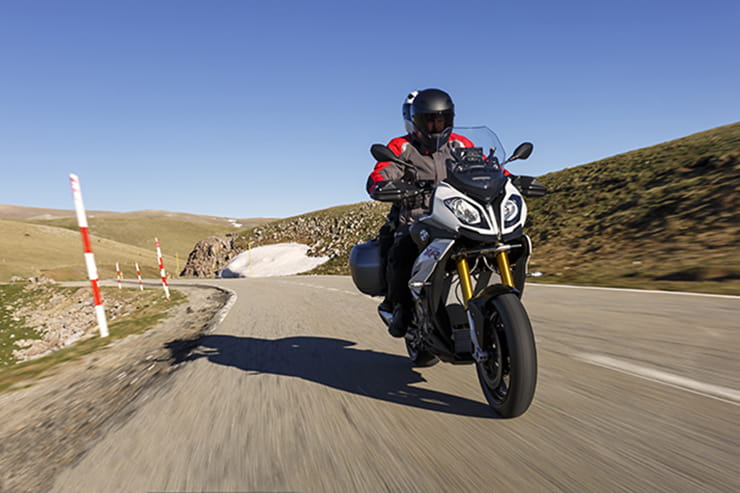 Like the S1000R, the S1000XR has only been updated in 2017 when BMW made it Euro4-compliant through engine mods as well as sorting out a few of its first-generation teething issues. The motor gained 5bhp, vibration-free handlebars were added, and the maximum payload increased by 10kg to 444kg, which is good news for tourers who like to take everything including the kitchen sink… 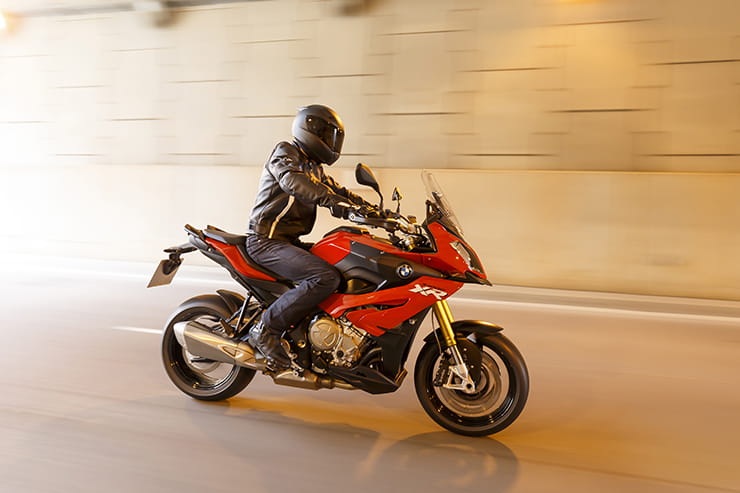 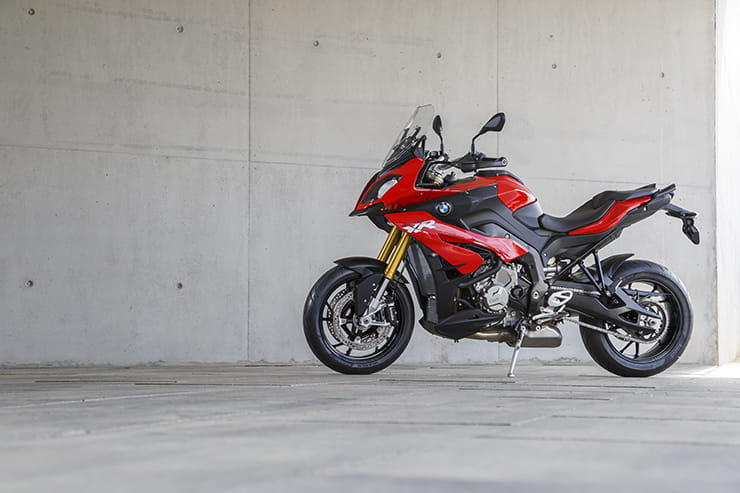 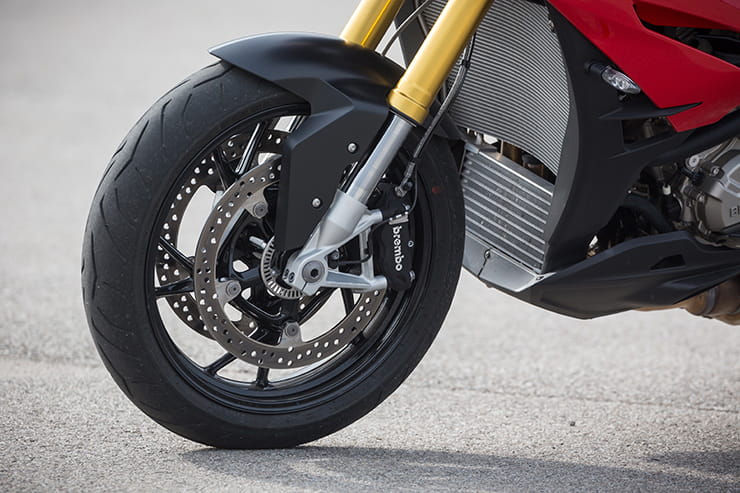 As the original XR is now approaching five years old, used models are tending to pop up in non-BMW franchises, which means prices are a touch lower. You can pick up an early 2015 bike for £7,500, however it will have seen a bit of use and will probably be a fairly low specification in terms of add-ons. Aim to pay between £8,000 and £9,000 and you should get a Sport model with less than 20,000 miles on its clocks. If you want the updated 2017-onwards generation, which to be honest isn’t that significantly altered aside from less vibes through its bars, expect to pay closer to the £10,000 mark with £12,500 the top end for a 2018 bike. 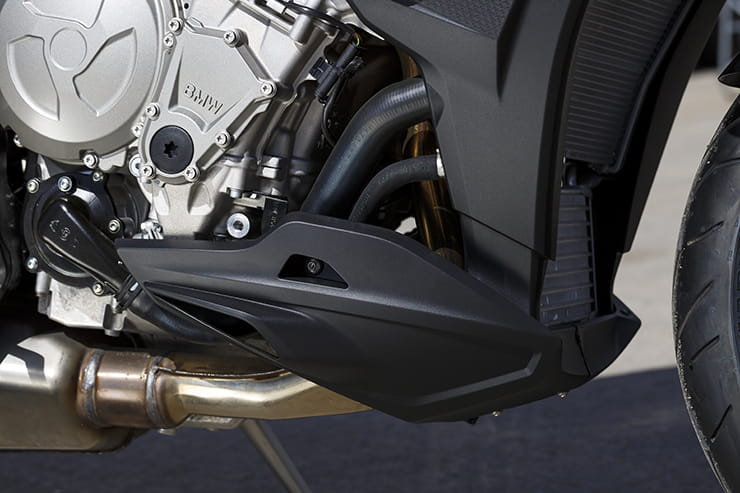 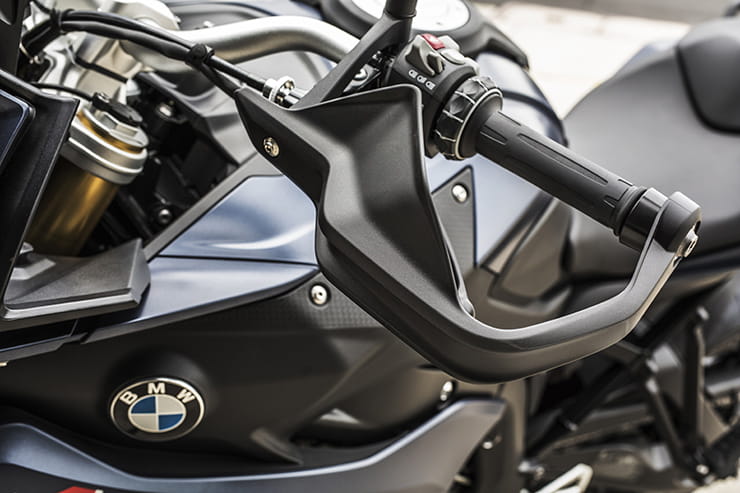 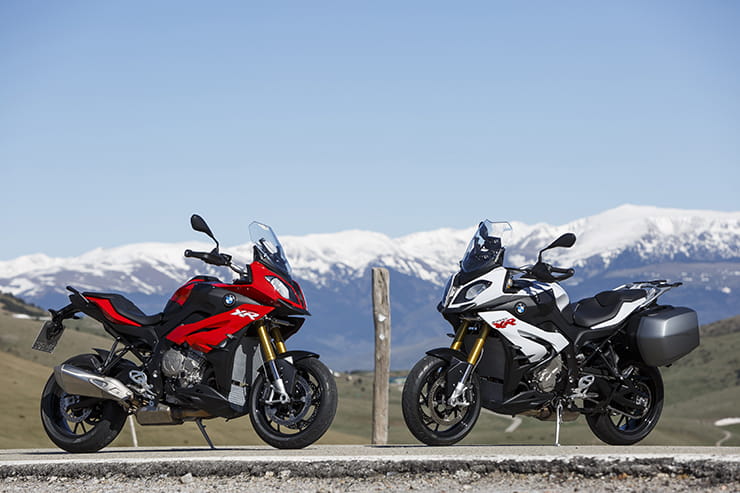 There is a dedicated UK-based S1000XR forum at www.s1000xr.uk, which is fairly active and is helpful if you have any technical questions. There is also www.ukgser.com, which isn’t quite as active, as well as an XR-dedicated Facebook page and several international forums, especially in Germany.