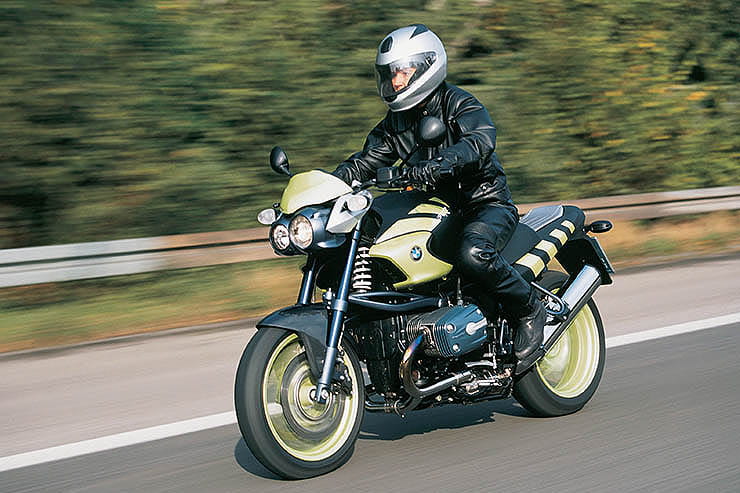 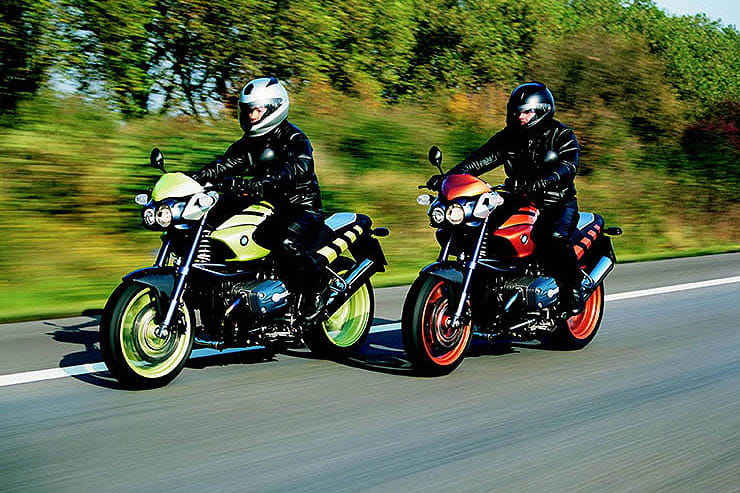 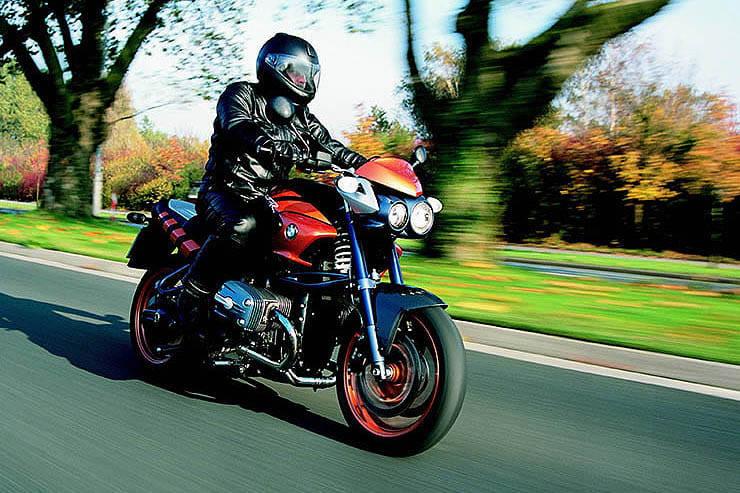 Every now and then BMW do something, well, a little out of character. A model pops out that makes you stop and say ‘what on earth were they thinking here?’ and wonder if that underneath that rather sensible exterior is a company with a wicked sense of humour and designers who are a little bit bonkers when let off their leash. In 2001 one such model arrived, the odd looking and quite strangely named R1150R Rockster. Effectively a pimped-up version of the firm’s excellent but somewhat dull R1150R roadster, the Rockster not only came in lurid paint colours it promised greater agility thanks to parts taken from the R1100S. Does it make good on its promise? Actually, aside from eyeball-melting paint and graphics, the Rockster is a surprisingly good machine and actually bags of fun to ride.

Costing £7510 new (before you add any optional extras) the Rockster was a slight step up from the base R1150R it is based upon however due to its somewhat challenging look, they are now fairly well priced in the used market. You can pick up an early one for roughly £3500, which rises to a maximum of £4500 for a late model, which isn’t bad value at all. The stock R1150R is cheaper with prices starting at £3000 but they are more commonplace. And a bit dull looking in comparison! Who wants silver when you can have citrus green and black stripes...

Powered by the old 1130cc boxer engine, the Rockster only makes a claimed 85bhp but peak power isn’t want this air-cooled motor is all about – it is the 72.3lb-ft of torque that makes itself felt. Brimming with character (and a few vibrations...) and packing a very strong mid-range punch the Rockster’s torque delivery makes it a gutsy motor that is happy to pull top gear with minimal hassles. It’s not the fastest bike out there (top speed is only 120mph) but it thumps its way up to motorways speeds and will happily overtake in top gear through rolling on the throttle rather than shifting down the gearbox. Which is a good thing...

The older boxer motor is a bit of an agricultural old beast and with just a single overhead cam and four valves per cylinder is a far cry from the ultra-refined 1250 ShiftCam models that the firm now produces. The gearbox is clunky in its action and you need to be very careful when buying used that the clutch isn’t on its way out (they last roughly 50-80,000 miles) because that means splitting the bike in half to replace it and a massive repair bill! That said, basic does have its advantages and the boxer is incredibly reliable with only really the occasional sensor going down to worry about. Servicing is generally cheap due to its exposed nature and owners also report the finish is a very high level. Be a bit wary of the plastic fuel line connectors under the tank as age can see them fracture and there are reports of noisy cam chains that require a new tensioner to be fitted, which is no biggy on this motor. Overall, if it has a good service history you can buy in relative safety. A lot of owners swap the exhaust system for an aftermarket unit (Remus are very popular) which does help the bike breath and will release even more mid-range as well as a bit more of that boxer drone. 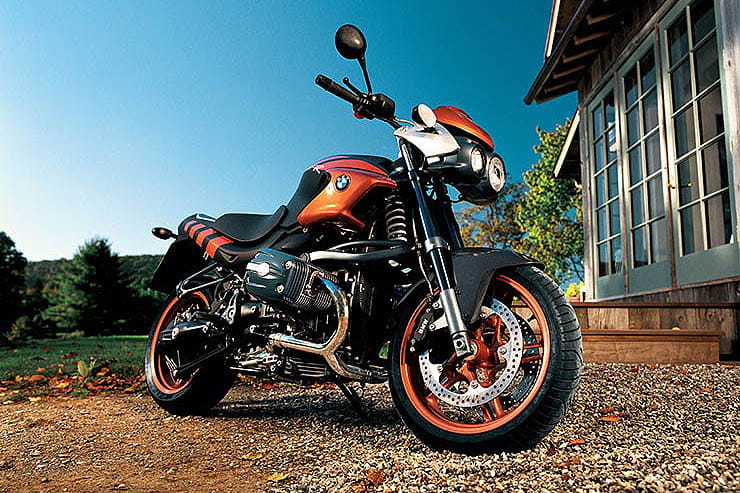 BMW claimed a best of 61mpg with a worst of 49mpg was achievable on the Rockster, which owners back up as 50-55mpg is generally the figure quoted. That means the large 20.5-litre tank is good for a very pleasing 200-plus miles.

Unlike the modern R models which have conventional forks, the Rockster uses BMW’s Paralever front end. A bit of a Marmite feature, the lack of dive can be disconcerting to those new to the system but once you get the hang of it the Rockster is a solid handling bike and there is some adjustability in there for fine-tuning. Due to a fairly chunky wet weight of 239kg it isn’t the most agile of machines, however a low centre of gravity (a trait of the boxer engine with its flat cylinder layout) makes it secure in the bends and fun to ride. Unlike the R1150R, the Rockster has a 5.5-inch rear wheel (taken from the R1100S) to give it a slightly sportier feel. In truth most riders would struggle to notice the difference, but it is nice to know. When buying used always check for any oil leaks on the shaft drive system both at the hub and where it meets the engine and also listen out for any grumbles from the hub bearing, which is quite pricey to get changed. Feel for play in the Paralever front end and also inspect the shocks for any oil weeps or a lack of damping as they are likely to be near the end of their useful life by now.

ABS was an optional extra on the Rockster (£750 to add) and a lot of used bikes have it fitted. If it is there, check the last time the fluid was swapped because if contamination gets into the ABS motor you are in for a big bill. It is a fairly decent system that while obviously not a patch on modern ABS systems will probably save you from a silly front end crash in the damp. The stock EVO-brake system has four-piston calipers and braided lines as standard, so is more than good enough and will only require a set of fresh pads and maybe an overhaul to restore their bite. 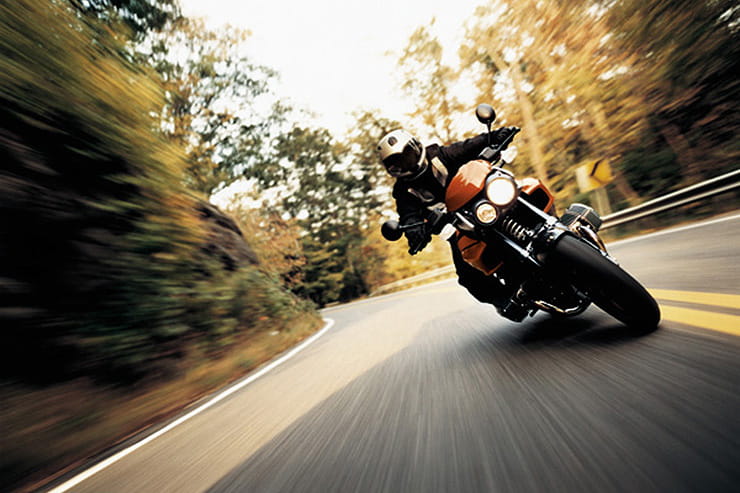 The R1150R was one of BMW’s most popular bikes before the GS came to the forefront and it was the original do-it-all from the German firm. The Rockster’s small screen means it is has a degree of weather protection (there are loads of aftermarket tall screen options) and with its large tank range, upright bars, the optional heated grips fitted and a set of luggage there is no reason why you can’t cover distances on the Rockster. And a pillion will certainly appreciate the deeply padded seat. It’s no RT but touring is certainly on the cards.

In terms of rider aids you get the option of ABS and that’s it but when it comes to accessories there is a far wider choice. BMW sold an official pannier kit and luggage rack for the Rockster alongside heated grips, a screen, alarm, engine protection bars and even chrome head covers (for the bike, not rider...). A lot of owners added heated grips and ABS (good options) as well as luggage, so ideally get a bit with these fitted. Outside of BMW’s official accessories a lot of bikes have aftermarket exhausts fitted and screens but that’s about where it ends as few really go wild on the Rockster. This is more a reflection of the kind of owner it attracts than the bike itself.

It is easy to mock the Rockster as it is quite challenging in terms of its looks. However under the lurid paint is a very practical roadster with a solid motor and high level of build quality. If you dare to be different you won’t be left disappointed.

Three things we love about the Rockster… 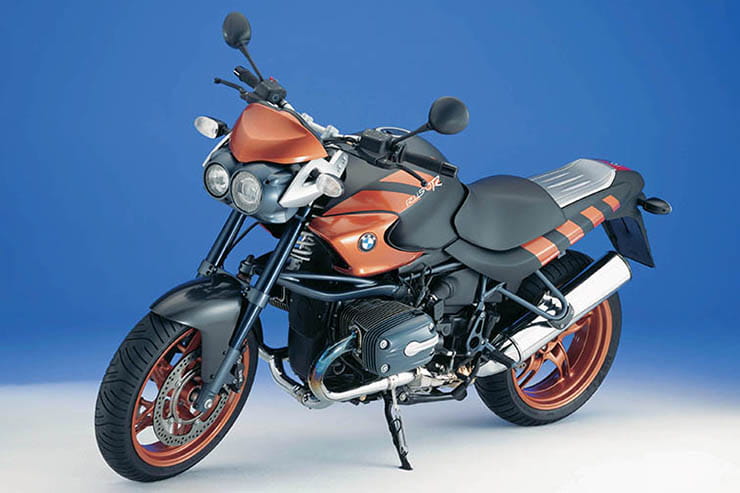