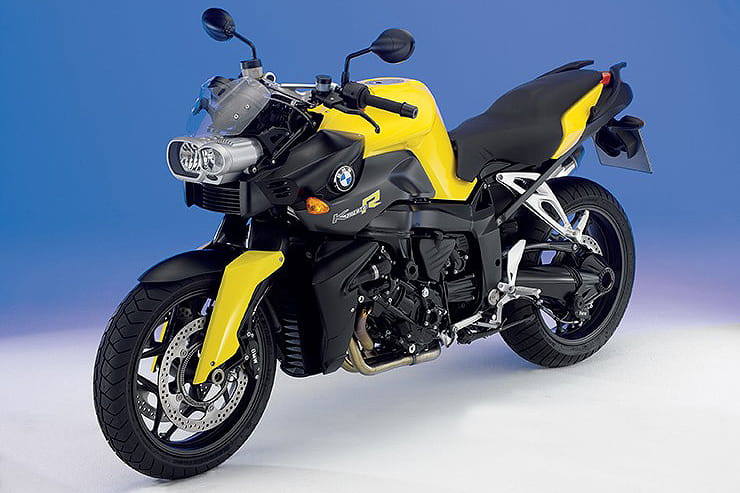 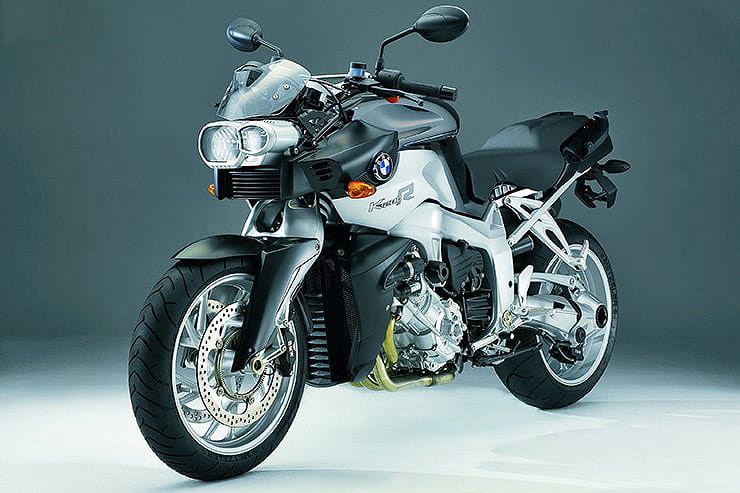 If you are a fan of powerful naked bikes, the BMW K1200R will be right up your street. Boasting a claimed 161bhp with 93.7lb-ft of torque backing it up, this is one beast of a roadster and is a real case of BMW using a sledgehammer to crack a nut. But much like its somewhat challenging looks, this crazy power output is all part of the K1200R’s unique charm. And with bikes costing as little as £3500 in the used market, that’s a lot of bang for your buck. Or should that be punch for your pound?

Released in 2005, the R is effectively a naked K1200S. Considering the S was designed to take on the Hayabusa, you can view the R to be BMW’s answer to the B-King - not that this is necessarily a good thing because in the UK both bikes struggled to sell due to their lack of practicality. But is the R really an impractical machine? That depends on what you expect from it.

Buy a K1200R with the knowledge that its wind protection is minimal (an aftermarket screen helps matters) and that you are unlikely to want to let that hugely powerful engine off its leash much due to the exposed riding position (and the risk to your neck muscles!) and the R does start to make sense. A really good bike for cruising on thanks to the stability that comes with its long wheelbase, the R makes for a wonderful two-up bike as the engine is hardly stressed by the addition of a pillion’s weight and you get things like ABS as standard fitment, with ESA as an optional extra alongside heated grips to further enhance the ride quality. Add to this a lovely padded seat, comfortable upright riding position and if you don’t mind a bit of windblast (or a lot if you open it up!) the K1200R is a good option as a roadster that is also happy to cover miles. That said, if mileage is your thing,  the K1200R Sport is undeniably the better option… 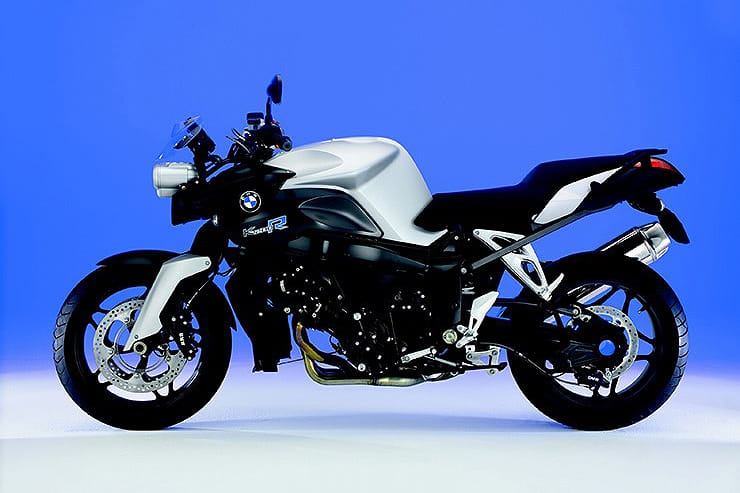 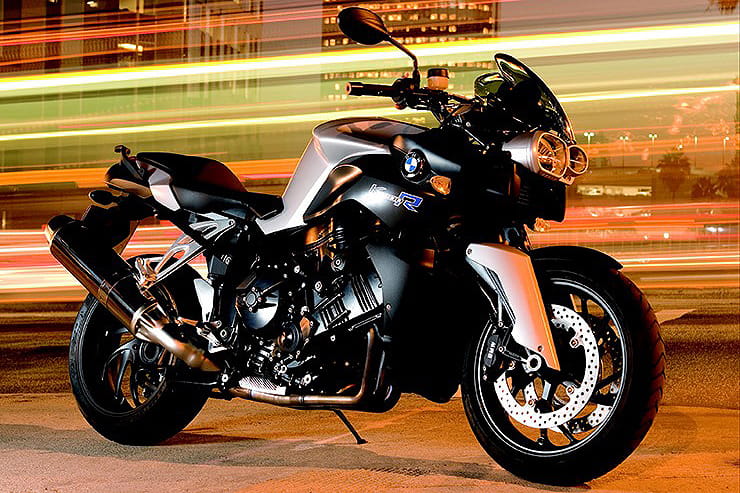 As the K1200R was one of the first generation of K-series bikes, there are quite a lot of things to be wary of, far more than the updated K1300 models on which BMW ironed out the faults. So always be wary when buying one.

The first thing to check is the chassis’ components, especially if the bike has covered a lot of miles. Items such as the ball-joints on the Duolever system need a careful inspection for play (also feel for a gentle weave on a test ride) as they are surprisingly costly to replace. You can check them by putting the bike on its centre stand and feeling for movement. Next up is the ESA suspension, which was an optional extra but most used bikes have it fitted. If the ESA shock is showing any signs of lacking damping or looks tired then be wary as you will be facing a bill of over £1500 for a new one as it can’t be rebuilt. That said, some aftermarket companies do offer a rebuild service with varying degrees of success. Always check the sidestand’s mounting point as this is a weak area. If the bike is turned or lifted up on its stand the lug can fracture, effectively writing the bike off as that means a whole new frame!

Onto the motor and the K-Series engine is quite mechanically loud as standard, so expect a bit of noise as the cam chain tensioner is slow to build up oil pressure. If the noise persists be a little concerned, and if it really irritates you fit a K1300’s tensioner, but just keep this in mind. Clutch baskets are a known weak point on the K1200R’s engine, so feel for excessive wear and listen for rattles, and be very wary of any quickshifter fitted as the gearbox also isn’t very strong. The K1300’s gearbox can take a quickshifter, the K1200’s can’t.

As the R is a naked bike it has a few unique issues that the fully-faired S is less prone to, the main one of which is its radiator rotting. Road crud collects in the rad and stores water, causing the core to rot through. Have a very good look at the radiator for any signs of rust or excessive corrosion as a new unit will set you back over £500. Also check for flaking engine paint and corroded engine fasteners and clips.

A good service history is always recommended when buying any bike, but more so with a BMW as the servo-activated ABS system requires bleeding every two years. It is uncommon, but if this isn’t adhered to there is a possibility of dirt entering the system and damaging the pump, meaning a bill of over £1500 for a new unit!

Aside from these individual faults, it is the usual K-Series issues such as recalls and updates being completed (check the engine number with a BMW dealer), switchgear and immobilisers failing and overall level of specification and factory-fitted options dictating its price tag. 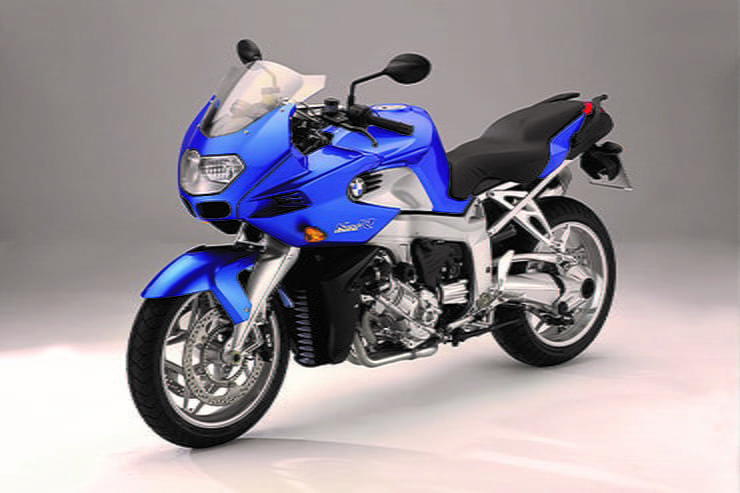 The K1200R was never updated in its four-year life span aside from a few extra electrical gizmos and a couple of ‘special’ models that basically have unique paint or a higher standard specification. In 2007 the R-Sport (snigger) joined the range and was effectively an R with a half-fairing added. It remained alongside the R until the K1200 was replaced by the K1300 in 2009. As well as a bigger capacity engine with even more power and torque, the K1300 models increased the sporting potential of the K’s chassis, introduced ESA II as an optional extra and enhanced its range of rider assist with Gearshift Assist now an option. The K1300R ran until 2015 with used prices starting at £4,500 and rising to £8,500. 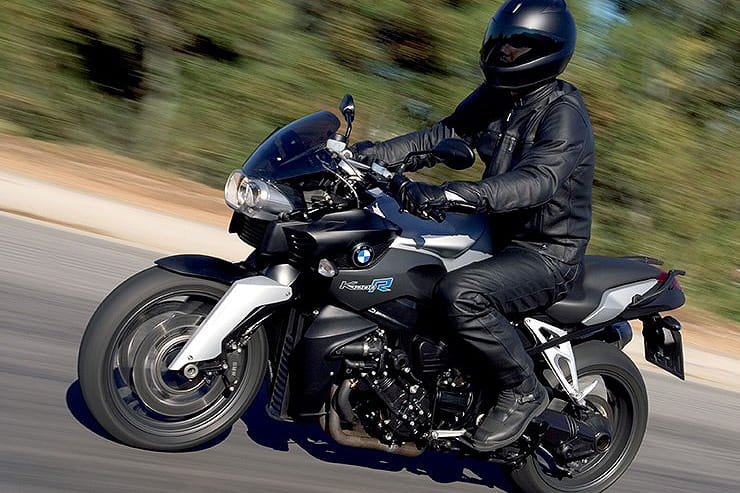 The R version was never as popular as the S model, making it a bit trickier to locate in the used market. Prices for an early R start in the £3,500 region in a private sale with a dealer charging closer to £4,500 and rise up to £5,500 and £6,500 respectively for a later 2008 model. As with all BMW models, price is dictated by specification and mileage, however in general R models don’t cover many miles. The R-Sport is far more prevalent in the UK’s used market with bikes costing between £3,500 and £5,500, demonstrating that UK buyers actually want that level of practicality missing on the R that the Sport’s half-fairing adds. 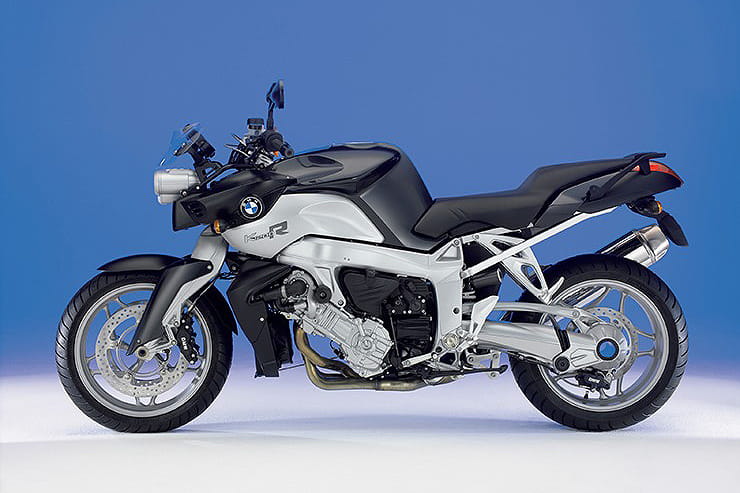 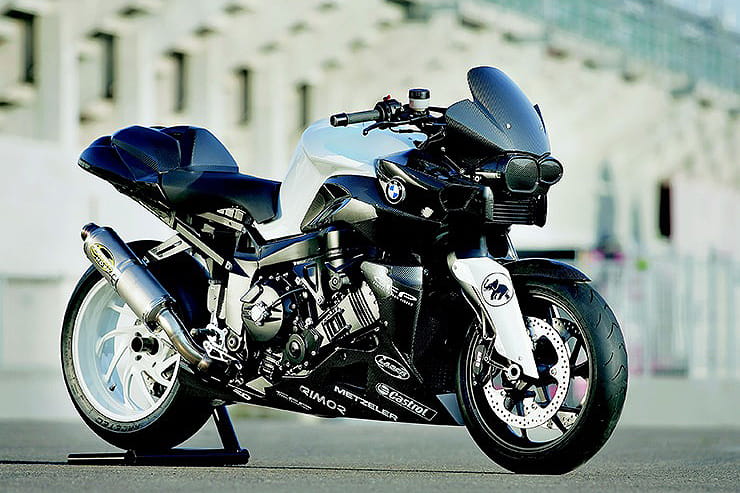 There is a K-Series bikes fan page at www.K-Bikes.com with a forum dedicated to the R model, but other than that it is a bit limited in its reach aside from a Facebook page with nearly 2000 followers. If you want to indulge yourself, type ‘K1200R Power Cup Race’ into YouTube and enjoy a bit of track action featuring the bikes to tide you over until your next ride. 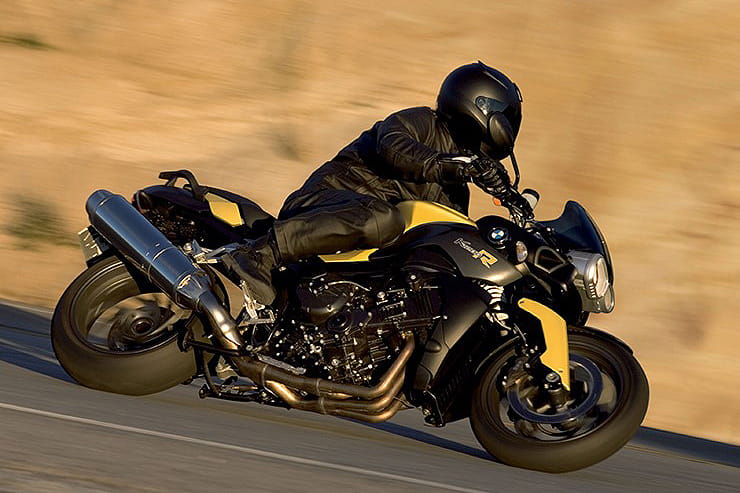