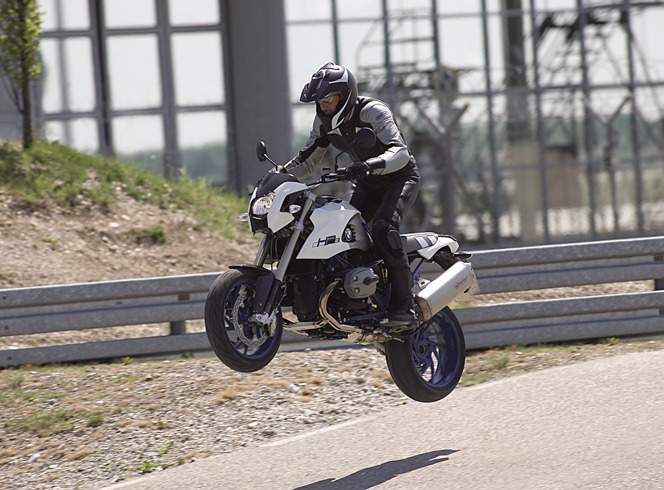 In the late 2000s BMW were going through something of a weird patch as the company tried to reinvent itself as young, fresh, and vibrant brand. Part of this re-branding involved the creation of the HP (High Performance) sub-section, which was designed to mimic the success of the four-wheeled M-series. However rather than focus on track as later HP models such as the Sport and HP4 did, the initial HP bikes were the off-road Enduro and the even odder Megamoto.

Launched a year after the Enduro in 2007, the Megamoto was, as the name suggests, a hairy-arsed supermoto powered by a breathed upon HP boxer engine. Borrowing heavily from the Enduro, the Megamoto used the same trellis frame as the off-roader, but mated it to some super high-end running gear with a road bias.

Chunky 45mm Marzocchi forks, an Ohlins shock, 17-inch wheels, a singlesided swingarm and a throaty Akrapovic exhaust, the Megamoto come with it all and BMW made a great deal about the fact everyone was hand built and it would be produced in very limited numbers. But did the traditionally conservative BMW audience really want a very expensive big supermoto? Not really… 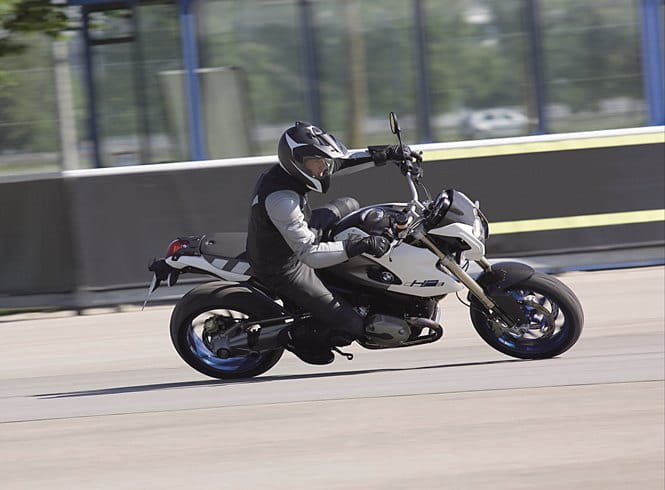 Its 13-litre tank was only good for around 100 miles if you were playing the fool and the seat was bordering on the unbearable. The fact it was exclusive gave it some credibility, but in all honestly this was a bike for show-offs and that wasn’t the average BMW two-wheeled customer. Something that couldn’t be said for the buyers of the four-wheeled M-series cars. While BMW sold a few Megamotos, its odd styling, limited practicality and £12,595 price tag saw it fail to replicate the success of the excellent HP2 Sport. Despite it being technically on BMW’s books until 2010, the reality was that the Megamoto’s sales dried up almost instantly and it was only built to order in the years after its launch. So why should we be looking at it now?

The Megamoto is an incredibly rare bike and trying to locate one nowadays is pretty hard. They pop up very occasionally, but as only a handful ever made it to the UK they are considerably more exclusive than the HP2 Sport. And it is this fact that makes them collectable. Very few riders will have ever seen, let alone ridden, a Megamoto and that makes them very cool indeed. And deals can be had.

While you will have to pay in the region of £10,000 for a Megamoto, that is less than the HP2 Sport and often Megamotos hang around as its target audience is a very small and select group. You have to want to own a bike such as this and handing over £10,000 for a quirky machine isn’t something that is done on an impulse. And that’s why it is a future investment. Limited edition BMW will always hold their value and this bike will undoubtedly increase in value as it is such a unique, and rare, model in BMW’s history. The fact it is a riot to ride and sounds amazing through its double-chamber Akrapovic exhaust is an added bonus… 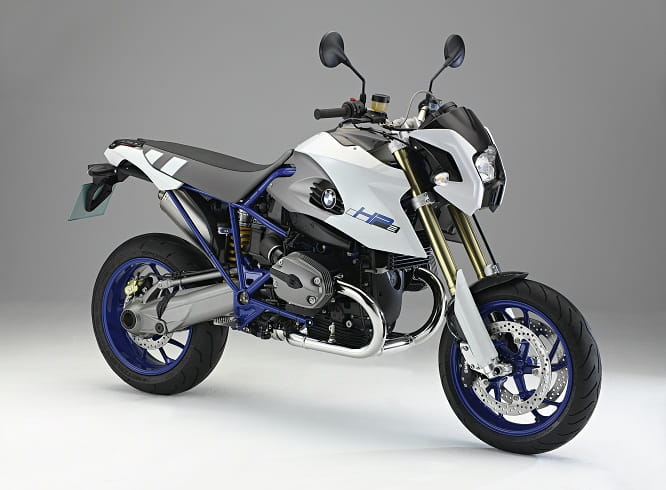 VINES Guildford - One of the UK’s best-respected BMW dealerships and being based next to London, are more likely than most to be able to locate a Megamoto.

HP2 Info - A forum mainly dedicated to the HP2 Sport, but the Megamoto and Enduro also have their own subsections.

Owned one? Ridden one? Even seen one? Tell us about it.  or !