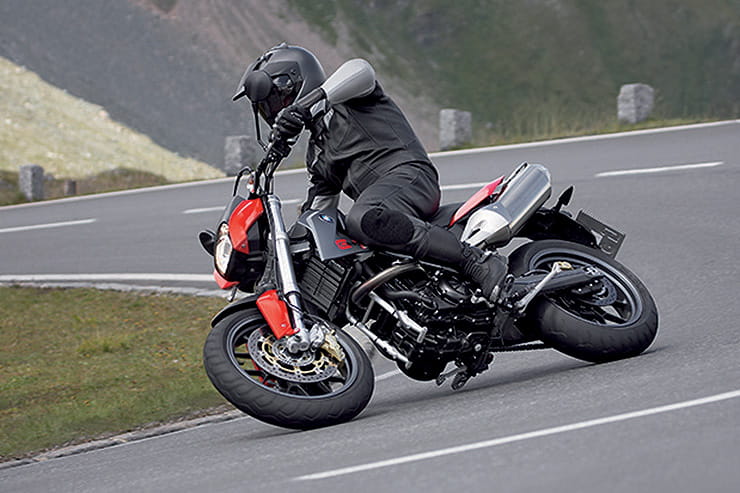 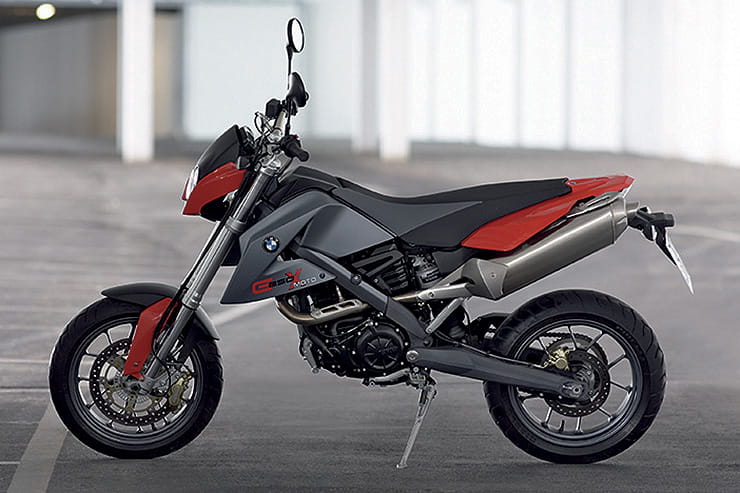 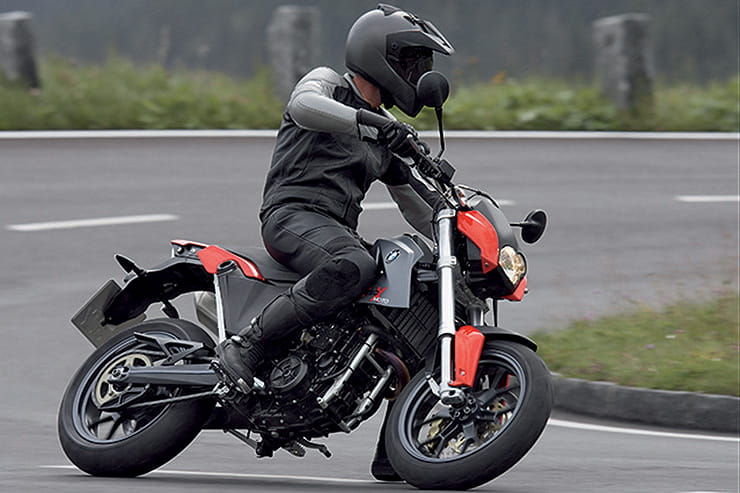 You will be excused if you have never heard of the BMW G650 Xmoto. This short-lived and fairly ill-conceived single cylinder supermoto appeared very briefly alongside the soft-road Xcountry and hard off-roader Xchallenge (X as in cross, get it?) in 2007, only to be discontinued just two years later. Why were these models such a failure? Basically no one wanted a high priced and low powered single cylinder supermoto, especially not in the UK where less than 150 Xmoto models were sold, which is a pretty dismal record for a bike that was designed to have mass market appeal. So, what went wrong? In short, BMW tried to follow a fashion that didn’t really exist and built a bike that its customer base had no interest in owning. Which was a bit of a shame as the G650 Xmoto isn’t actually a bad bike at all - if you like low powered supermotos, which it transpired very few traditional BMW buyers did. Should you own one nowadays? If you can find one at the right price, they make for a decent traffic buster which is also fairly rare and unique – and also a bit ugly... maybe it’s a sympathy vote thing.

How on earth BMW expected to get £6000 for a single in 2007 is a bit of a mystery, something they most certainly didn’t achieve. Nowadays you are looking at spending about £3000 on an Xmoto, however your biggest challenge isn’t the price tag, it is finding one as they are next to impossible to locate. In fact, there is currently only one for sale in the UK via an online auction site. And it doesn’t have any bidders...

Some single cylinder engines such as KTM’s 690 Duke motor are incredibly impressive in terms of not only their power output but also their smoothness – sadly the BMW G650 engine isn’t one of them. Making 53bhp with 44lb-ft of torque, it isn’t that bad but by the same token it isn’t that impressive either. There is a reasonable amount of drive but you need to work it quite hard at which point it can get quite vibey. It’s a cheaply built, fairly under developed motor that feels and responds like all 1990s singles do and doesn’t stand out from the crowds.

The G650 Xmoto is powered by a reworked F650 single, which was actually designed by Rotax in Austria and built by Aprilia in Italy. Although not much to write home about in terms of peak performance, as a town bike it is acceptable and rugged with long 6000-mile service intervals and good economy figures. The five-speed gearbox is nice and slick, which is a good thing because you will be using it quite a lot, and the exhaust farts out a typical thumper note. In terms of reliability not much goes wrong (like the F650 before it) and parts are still readily available. Always start it from cold and listen for any rattles or knocking sounds as the single does take a hammering and if it is abused from cold or run low on oil it can develop serious internal issues. Pleasingly the standard exhaust is made from stainless steel, so it shouldn't have corroded through. BMW sold quite a fruity Akrapovic titanium muffler for the Xmoto, which a few dealers fitted as standard in an attempt to win buyers over. If you can get a bike with this fitted, it is a welcome extra bit of aural and visual bling. 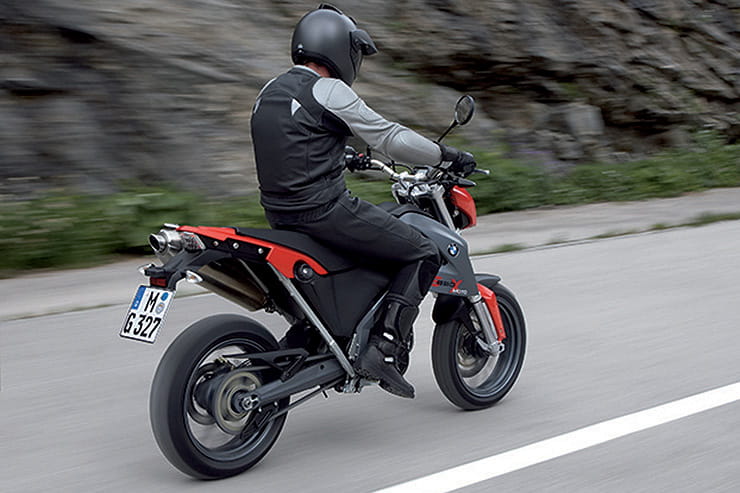 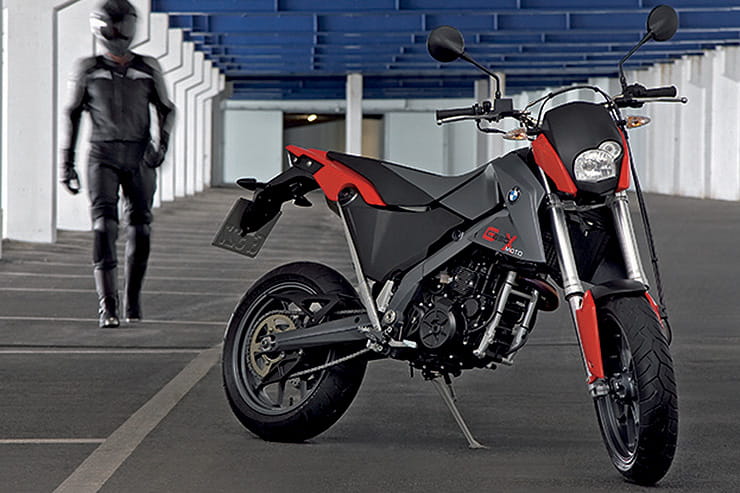 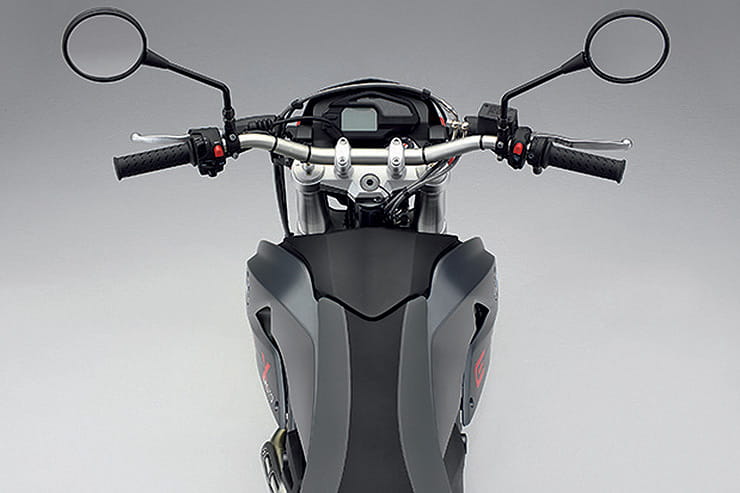 The Xmoto is pleasingly frugal with mpg figures ranging from the mid-50s to high 60s mpg easily achievable, which is more than good enough. BMW themselves claimed 80mpg was possible at 55mph, so there is room for more. Service intervals are a long 6000 miles and also fairly cheap at about £150 a go.

Thanks to its supermoto 17-inch wheels the Xmoto is the best handling of the G650 series of bikes – as long as you stick to the tarmac. Tipping the scales at just 159kg ready to rock it is light and agile and aside from a tall 920mm seat height makes for a great city machine. The suspension is fairly basic and as it is long travel it can get a bit bouncy when the pace ups, but as upping the pace only equates to speeds nudging 70mph this is no major issue. Always give the chassis a good inspection for rust and check the consumable items such as wheel bearings, cush drive rubbers, chain and sprockets, tyres etc as on a budget bike such as this, these are the areas where replacing multiple items can see a cheap bike quickly become expensive.

Lacking ABS, the Xmoto has a single four-piston Brembo caliper and a big 320mm disc, which is more than enough brakes for such a small and light bike. Watch out for warped discs or bent ones (and damage to the caliper’s mount or mudguard) after the owner has forgotten to remove a disc lock. 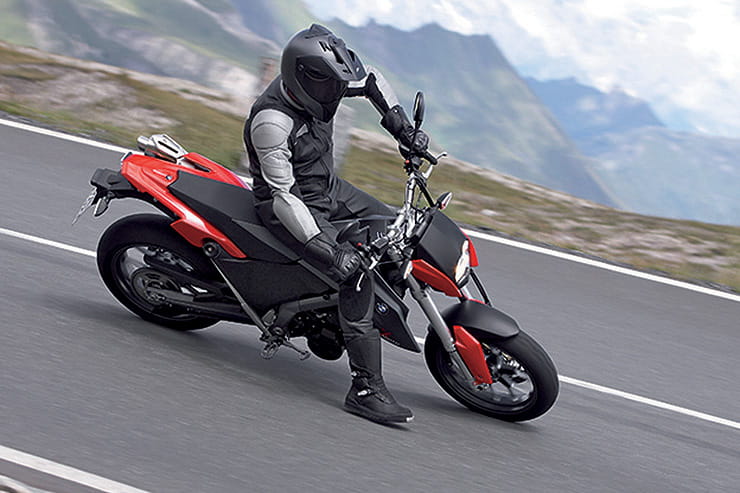 No, not really. You don’t want to go touring on an Xmoto as it lacks wind protection and the single can be quite vibey at constant motorway speeds. Not only that, you may average 60mpg but the tank is only 9.5-litres big, so you will be looking for a fuel stop after less than 120 miles.

The Xmoto has no rider assists, not even ABS, and although BMW did develop a wide range of accessories, not that many were ever sold. A few aftermarket firms cater for the Xmoto but they offer a limited supply of multi-platform accessories such as crash bungs, screens, crash bars and soft luggage.

The BMW G650 Xmoto is an interesting bike but not one that you should really spend hours searching out or paying over the odds to own. If you want a cheap supermoto go for the Yamaha XT660X, which is far more plentiful and fun, or the lightweight Suzuki DR-Z400 SM or the cheap (and a bit crap) Honda FMX650 Funmoto. Serious supermoto fans should look towards the barking KTM 660SMC or a proper Husqvarna supermoto model.

Three things we love about the G650XM… 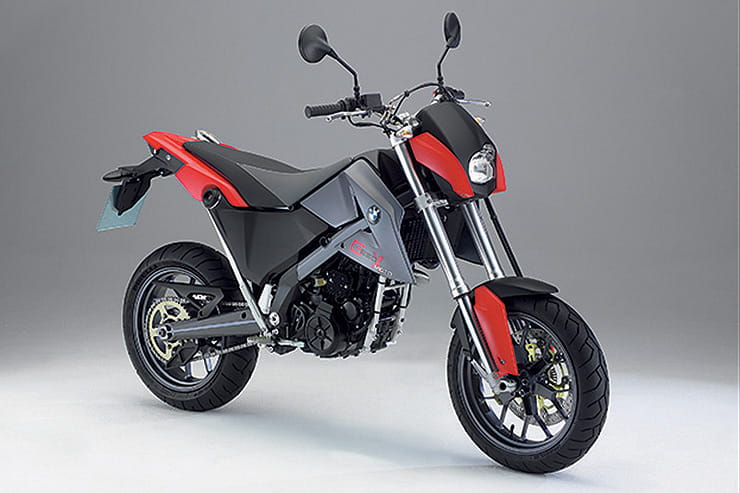