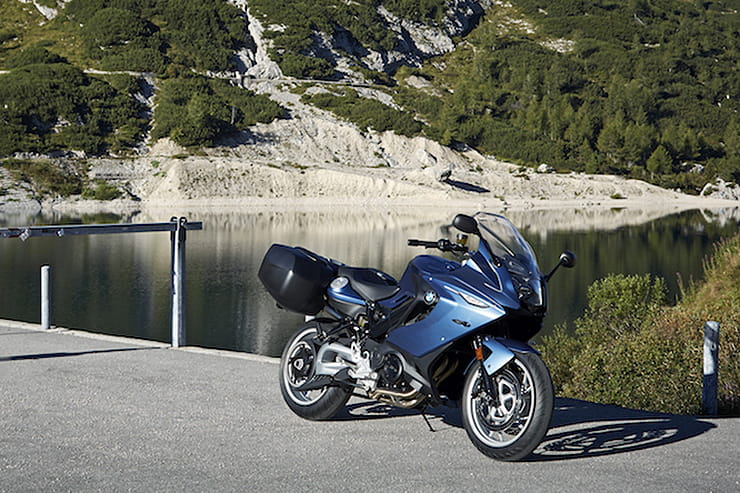 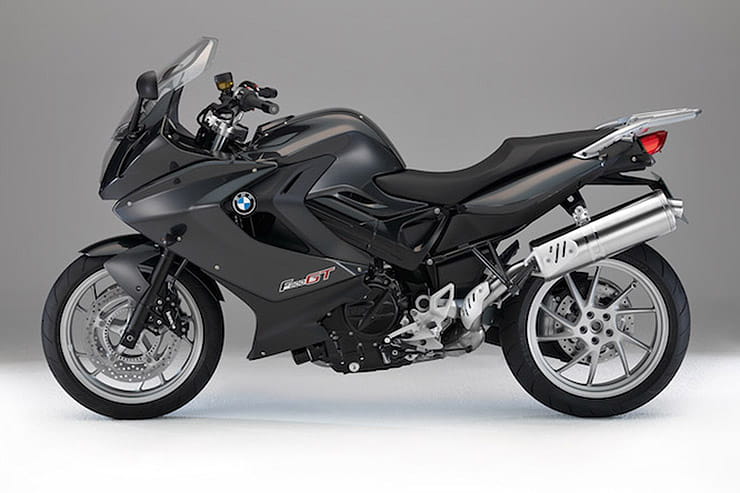 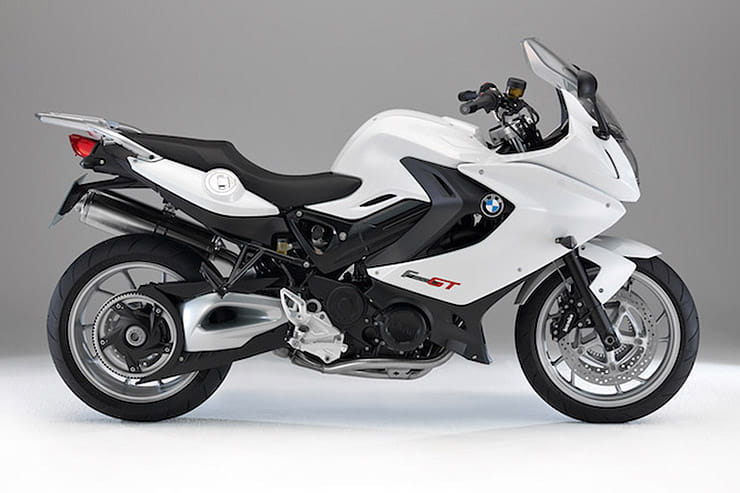 The BMW F800GT is a rare beast in being a mid-size, entry-level tourer – a bit like Honda’s Deauville. It replaced the more sport-tourer F800ST, gained 5bhp (90bhp up from 85bhp) from its 799cc motor, got a redesigned fairing which offered more wind protection, better pillion and luggage carrying capacity, ABS as standard, a redesigned riding position and lower suspension.

Like the Deauville it was never going to get the adrenaline racing but then it was never meant to either, instead being a useful, affordable, versatile sports tourer that will be friendly to new riders or offer plenty of bike for more experienced riders, too.

Never hugely popular it was dropped in 2019 but remains a classy, affordable BMW tourer that, if specced up, can be well-equipped; is generally durable and can be a great, affordable all-rounder at an affordable price.

Although never cheap, the F800GT when launched offered a substantial saving over BMW’s larger tourers such as the then R1200RT, especially in basic spec. After being deleted in 2019 and, although never popular, enough good used examples survive to represent a great value, more manageable tourer for almost budget bike money. If you’re on a limited budget, don’t plan extreme mileages of want the luxury and comfort of a proper touring machine with a prestige, trusted badge but in a lighter, more manageable package, the F800GT is a great option. Low mileage, immaculate examples can still be had for little over £7000 while higher mileage early bikes are available from as little as £4000, although, if you can afford it, we’d recommend the later, post-2017 versions for their riding modes and try to get one with as many BMW extras, such as ESA, heated grips and luggage, as possible if you want the proper ‘BMW tourer’ experience. 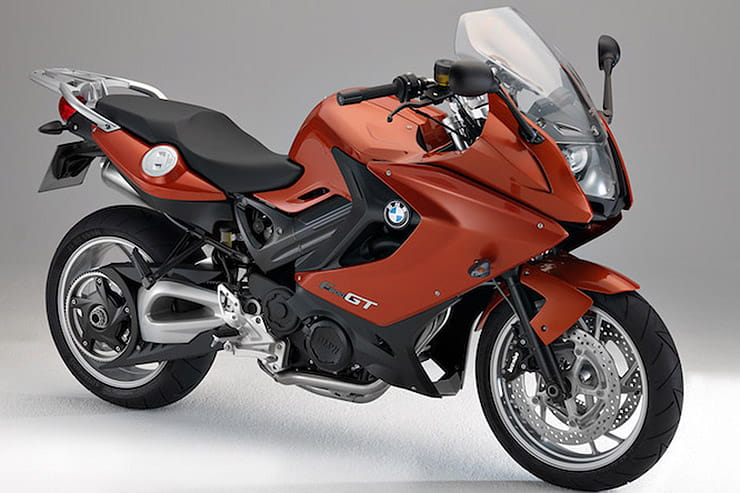 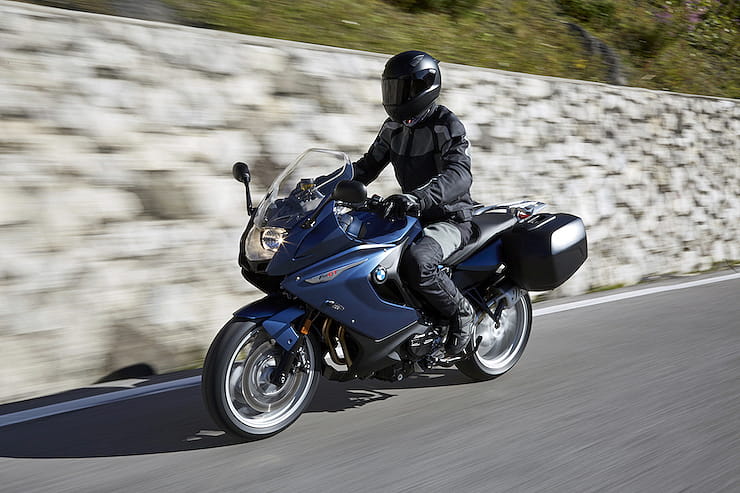 The F series parallel twin from the F800ST and F800S was updated for the F800GT gaining a 5bhp power boost to a reasonably healthy 90bhp. It’s also decently grunty and flexible and pulls from almost tickover in third or fourth gear at ridiculously low speeds.

Wind it up a little and the motor takes on a new lease of life and you discover that as flexible as it is, the motor likes to rev, too. Take it up to 9500rpm, a raspy noise takes over by about 7000rpm, and a red light flashes warning you that the electronic rev limiter is about to cut in before you do too much damage.

On a motorway, it will cruise at 85mph, but you may just need to change down one of the six gears to go for an overtake, especially if you're used to bigger bikes or stepping down from, say, a BMW R1200RT.

The addition of ride-by-wire in 2017 allowed two new switchable power modes – Road and a detuned Rain, with a sporty Dynamic option available as an extra.

The F-series parallel twin debuted with the F800S in 2006 and has since been used and updated in a huge variety of BMW middleweights ranging from the R roadster, GS adventure bikes, S and ST sports tourers and, here, the GT tourer with no major problems. In GT guise, it was uprated to 90bhp and in its second generation for, in 2017, became Euro4 compliant c/o ride-by-wire and also gained new riding modes and an updated exhaust. The gearbox is a fairly slick six-speeder with final drive by rubber belt which is so smooth it feels almost like a shaft drive. 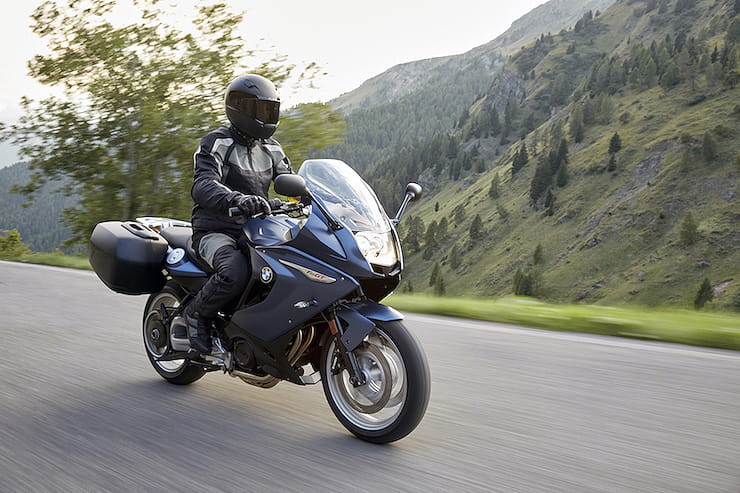 Although fuel consumption is always dependent on how hard a bike is ridden, the F800GT is eminently sensible, appeals mostly to more mature riders and is most likely to be ridden considerately – as such mpg figures of around 65mpg can be expected. Accordingly, although the fuel tank is fairly small for a tourer, at just 15 litres, a decent range of up to 180miles can be expected on a full tank. Ridden hard, or two up loaded with luggage will, obviously, reduce this figure.

Although a middleweight, the BMW F800GT is designed as a steady, stable, comfortable tourer, not a sports machine, and has the handling and ride to match. The handling is never flighty, in fact the swing arm is extended by 50mm for extra stability, but it’s still lively enough to be mildly entertaining, such as when trying the left/right flick out on the way in and out of roundabouts outside of town.

The ride is on the plush side and later examples offer the option of BMW’s brilliant ESA (electronic suspension adjustment) which enables damping setting to be altered on the move between pre-set setting and is definitely recommended. 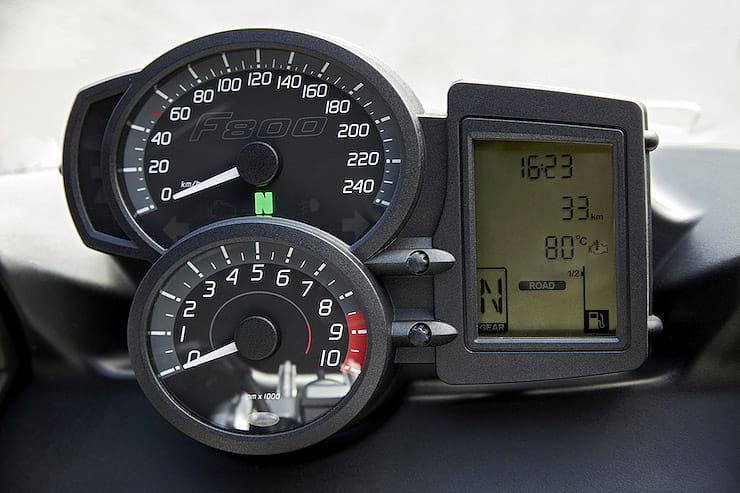 As with its handling, the F800GT’s brakes are tailored towards touring rather than sports so aren’t excessively powerful or high tech, but are nevertheless more than up to the job. It also comes with ABS as standard. Pull hard on the lever when trying to make it engage and you'll feel a gentle pulse through the lever, but most of the time you never know it’s there which is exactly what you want from ABS, just knowing it's there in the background and ready to bail you out in an emergency situation.

The F800GT may not be the size of something like the BMW R1200RT but then it's not meant to be, but what it does offer is a good size bike, full size pillion seat and comfort for all day riding.

The bars are high and wide, but the footrests are a few millimetres higher and further back than you'd expect on this bike. Much more sports than tour.

Footrests apart, the seat is comfortable, though an optional comfort seat is also available for £100.

The fairing is good on motorways and even with six foot four inches of me on board the wind protection was pretty good, for someone of normal size the fairing will be spot on.

Electronics-wise, the original F800GT came with only rudimentary traction control and ABS. Later versions (post-2017) also had switchable riding modes. The traction control system is simple compared to something like, say, on the BMW S1000RR, but does its job.

When launched, the GT also gained new lightweight wheels, revised switchgear, clocks which look like they've been nicked of the old R1200GS, and options of Electronic Suspension Adjustment, Automated Stability Control to stop the rear tyre spinning, and hard luggage which can carry 11kg more than the old bike thanks to a beefed up subframe. You could also spec heated grips, centre stand, a sports silencer, tinted screen and an array of seats. 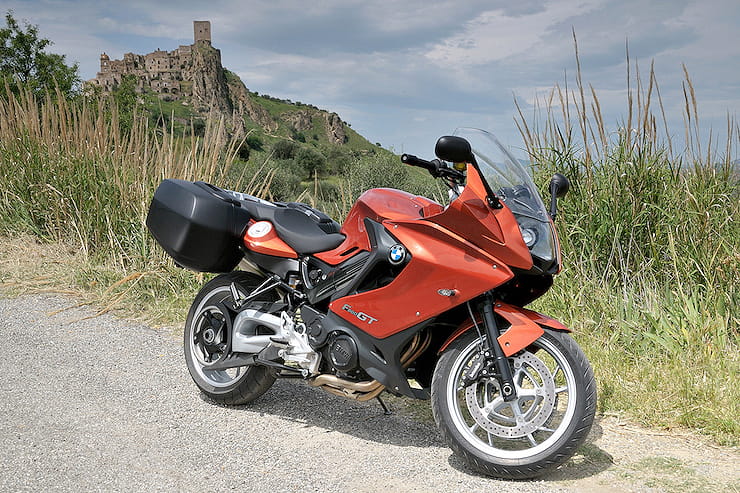 Although not the most exciting motorcycle in the world, the BMW F800GT is a capable and versatile tourer that offers a lot for its price.
Very little goes wrong. The F-series engine is durable and reliability is good. Some owners complain that the bodywork makes heat from engine in hot weather in traffic unbearable, occasional false neutrals between 5th and 6th gear can be a pain, the build quality is a bit plasticy and the riding position doesn’t suit everyone. But if it does and you want a quality BMW but in a more lightweight, manageable package at a more affordable price, it can be a great used buy.

Three things we love about the F800GT…