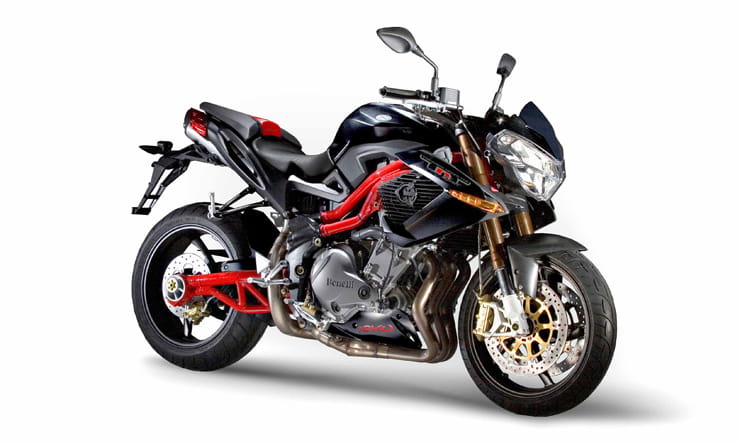 There is something very oddly appealing about the TNT. It is a bike that your sensible side will be screaming out to avoid at all costs, yet your inner devil will be encouraging you to give this Italian oddball naked a shot. It’s kind of the equivalent of a motorcycling big red button that is asking to be pushed despite the large warning sign hanging over it…

So what is the TNT? According to Benelli when it was launched, the firm’s naked bike is just like Trinitrotoluene – a powerful but stable explosive that needs a detonator to set it off. Considering the unreliability issues that plagued the Tornado, which is what the TNT is based on, that wasn’t a great piece of marketing waffle. But here is the odd thing, where the Tornado under whelmed at the time, the TNT actually impressed. And still does.

Powered by a long-stroke version of the Tornado’s triple with a capacity of 1130cc, the TNT makes a very healthy 130bhp with 86ftlb of torque. Back in 2005 that put it right up there in the super naked tree and with only really the Aprilia Tuono and Ducati water-cooled Monsters rivaling it, the TNT won quite a few admirers. It’s unique looking, very sporty and has a wonderful exhaust note – what’s not to like? Oh yes, reliability…

To be fair to the TNT, it didn’t suffer anything like the unreliability nightmares of the Tornado but that didn’t really matter. With a limited dealer network and the Tornado’s stigma hanging over its head, in 2005 the TNT was more of a damp squib than a rock-shattering explosion. But nowadays it’s an interesting used prospect.

If you are into your quirky machines, the TNT 1130 should tick all your boxes. It’s as wild to ride as it is to look at and while spares are tricky to locate, and the dealer network limited, if you look after a TNT it is actually quite a reliable and oddly appealing bike. It’s certainly a cool café racer, but not one for those searching for a machine with Japanese reliability and precision. 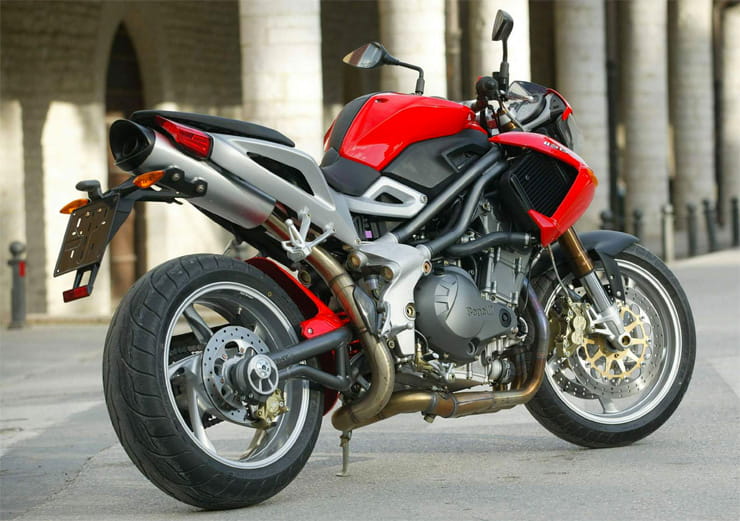 The TNT has a lot of character quirks, but happily isn’t too unreliable. The level of finish is poor, which is hardly the bike’s fault, and lots of owners complain about a hot start issue that sees the bike refuse to fire up until it has cooled a bit. Annoying but not the end of the world and you can fit uprated fans to help stop it becoming too frustrating. Always check all the lights work and the dash isn’t showing any fault codes as electrical gremlins are common and a badly set, or duff, throttle position sensors can also create starting issues. The relatively weak battery can cause wear to the TNT’s sprag clutch, so listen for a squeaking sound when the starter first turns the motor over that hints at it slipping. Other than that, it is worth checking where your closest Benelli dealer is and joining a dedicated Benelli forum as they are the best sources of help and information as this is a bike owned by passionate and enthusiastic riders who know the bike inside and out. Oh, and also be aware the triple needs its cam chain changed every 14,000 miles and valve clearances checked every 6000 miles! 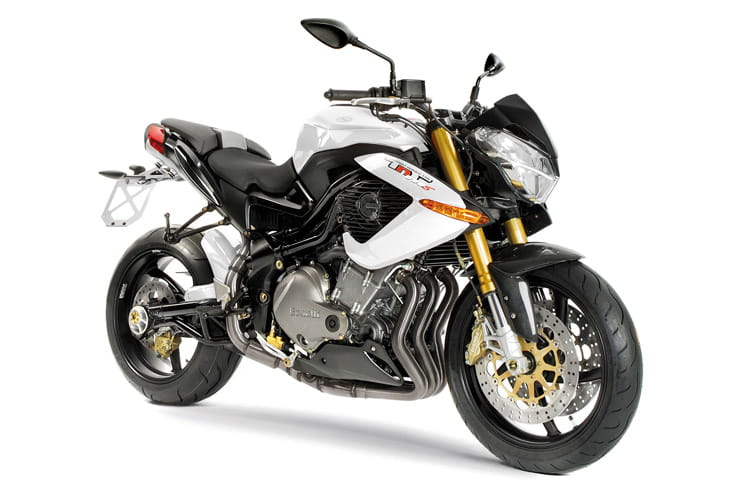 The history of the TNT is a little confusing to say the least, however alongside the original 2005 TNT 1130, Benelli also released Café Racer, Sport and Titanium variants, which basically boiled down to styling alterations and a few bolt-ons. A TNT 899 was released in 2008 powered by a smaller capacity 899cc version of the triple motor with 118bhp while a TNT 125 is set to arrive in 2017. Benelli have never really stopped production of their triple engine, and many dealers have unsold stock which often pops up for sale, so uncovering exactly when the TNT triples stopped being imported to the UK is tricky. Although as they don’t pass Euro4, it is safe to say they are now dead. Possibly…

Locating a TNT 1130 isn’t as easy as you may expect due to the fact that owners tend to hang onto them and it is far simpler to buy a Tornado. You can get a brand new Titanium TNT for £14,999, but that’s not really very realistic and instead you are better off looking to spend £5000 on a 2004 example with minimal miles on its clocks. A well ridden TNT that has covered over 10,000 will be in the region of £4000 from a dealer while a tatty one will be closer to £3500 in a private sale. Generally, £5000 is more than enough to get a good one.

www.motogb.co.uk - The UK’s official Benelli importer knows everything about the triple models and how to make them reliable.

www.benelliforum.com A forum dedicated to Benelli models – if you have an issue, someone here will know the answer.