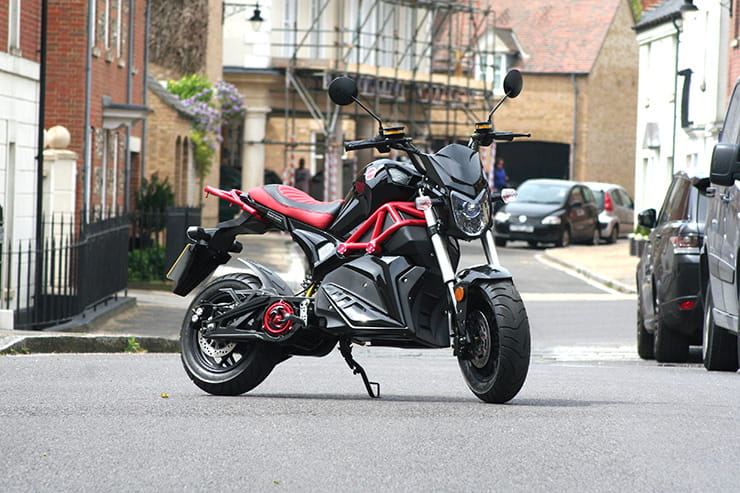 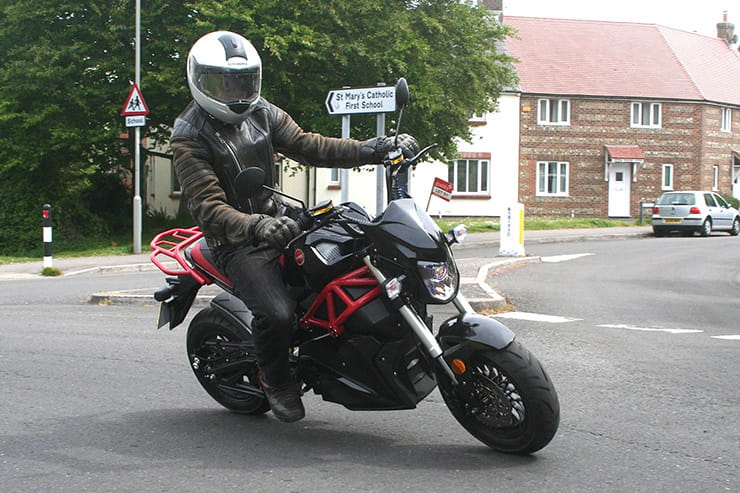 Until recently, electric two-wheelers came in virtually two choices: the well-respected Zero motorcycles, or scooters (most of which were mopeds) and nothing in between. Now there's a new breed of 125cc equivalent bikes. All right, there are just two of them so far, but I reckon these battery bikes could be just the thing for commuters who don't fancy a scooter. The Artisan EV0 is the first to hit the streets. 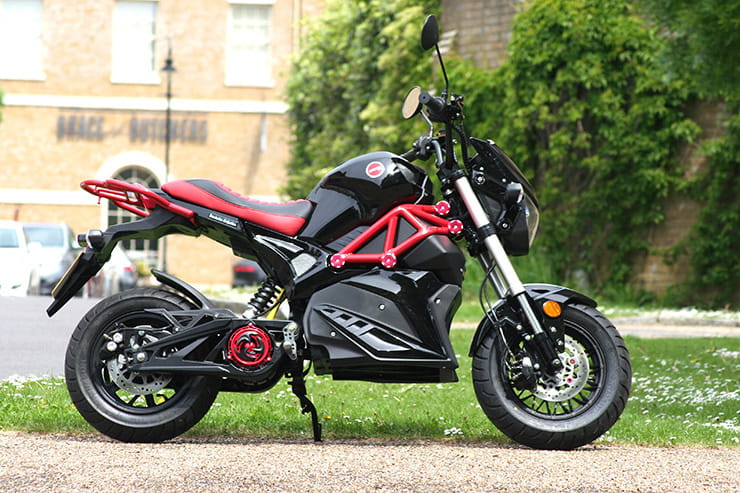 The EV0 is over £700 cheaper than its only rival, the Super Soco TC Max, but that's easily explained. The TC Max is faster (62mph), has a bigger battery and the maker claims an 80-mile range (which I haven't had a chance to test yet). It's also more of a motorcycle than a mini-bike, with 17-inch wheels. But at £3295 the EV0 is still well priced – just a pity that Artisan have chosen not to apply for the OLEV government grant, which would knock off another 20%. 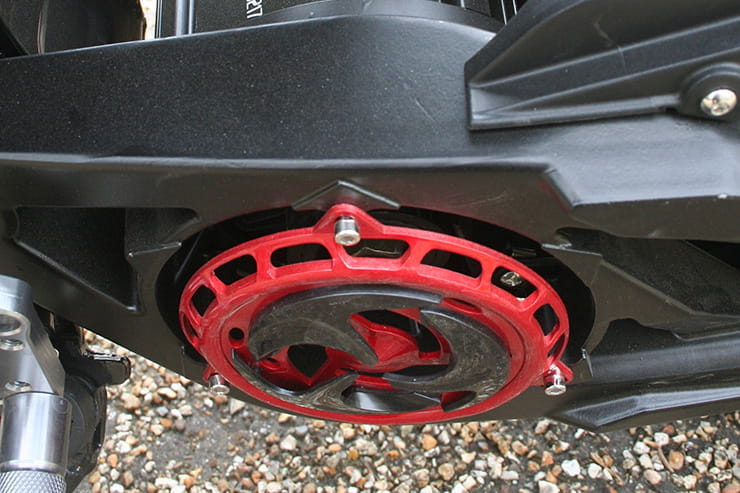 Electric motors have a secret weapon – the EV0 motor's 3Kw translates into a miserable 4bhp, but like all electrics it has a generous slab of torque from zero rpm. The bike weighs only 120kg, so you get zippy acceleration from rest, certainly enough to get safely through busy roundabouts and away from red lights. The quick action twist grip needs gentle use at town speeds and there are three power levels claiming 30, 40 and 50mph respectively, though in practice the first two can't quite manage their claimed speed. Still, the EV0 is very easy to zip around town on, light and slim enough to filter, plus fast enough for 40mph limits, topping out at an indicated fifty. A faster 60mph version goes on sale later in 2019. 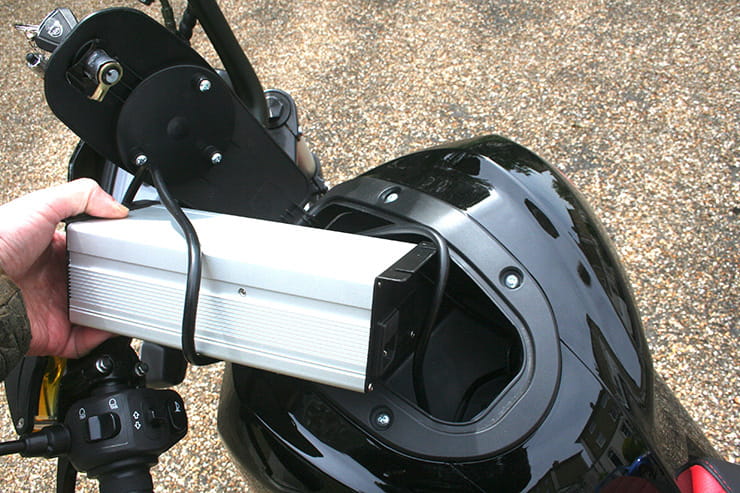 Artisan claims a 56-mile range, which sounds OK...until you find that this is at a steady 28mph. In practice, I found that the test bike's battery had just 8% juice left after 29 miles and a mix of urban riding and flat-out at 40-50mph – keep clear of main roads and a 30-mile range should be safe. Charging is the slow sort (Artisan claims 6 hours from flat) from a standard three-pin socket, and the 2.2kwh battery isn't removable, so you'll need an extension cable if you can't park next to a power source. 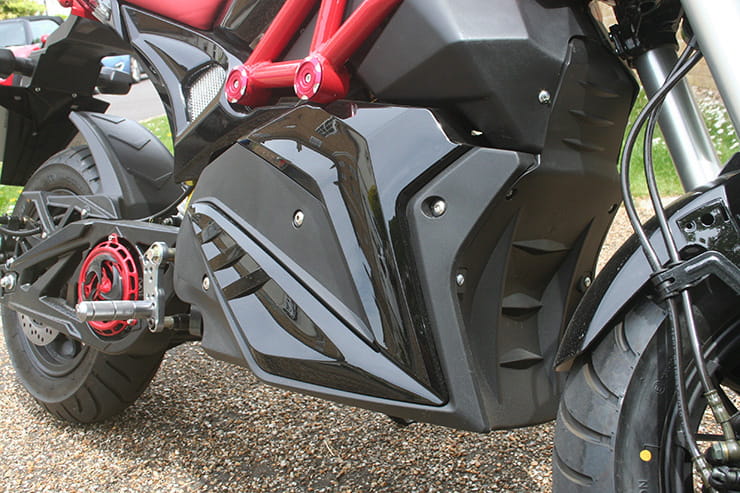 The EV0, let's be clear, is not a full-size motorcycle. It's a tiny thing with 12-inch wheels and more than a passing resemblance to a Honda MSX/Grom mini-bike. Small wheels will never deliver as much stability as big ones, but it does handle quite well – the Timsun tyres hang on and the bike's short wheelbase and wide bars make it light and quick to steer. And being small with a low 765mm seat makes the bike completely non-intimidating, which is a good point for novice riders taking to this on a CBT. Finally, it weighs the same as a typical 125, so the EV0 is easy to manhandle. 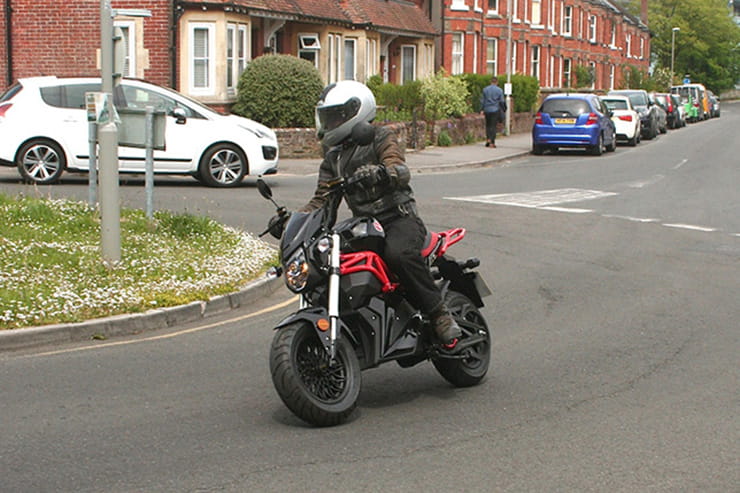 The front and rear discs (linked as on all new A1 bikes) don't have high tech regen, which puts power back into the battery rather than wasting it through through the discs, but they're fine for the Evo's performance.

You wouldn't expect a bike this small to be comfy, but the EV0 isn't too bad. Six-footers might feel cramped, but it was OK for me (5'6”). Forget about pillions though – the short seat and lack of pillion pegs make them a no-no. 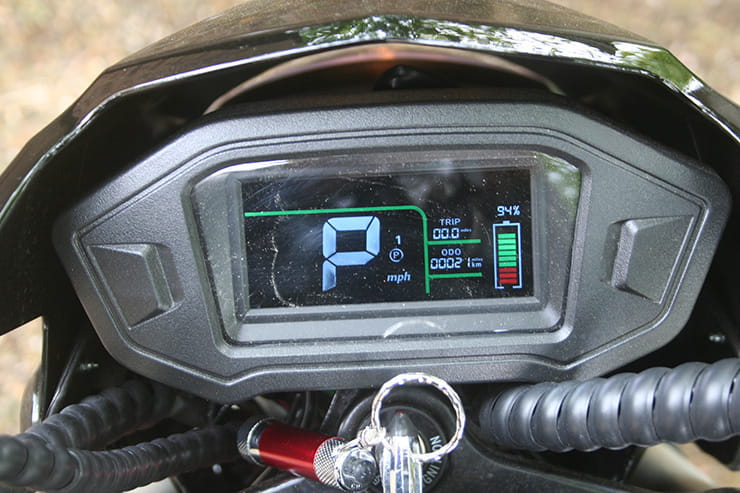 The EV0 has a standard digital dash...and it's almost unreadable, not bright enough and prone to reflecting the sun back at you. You get a big speedo and a 10-segment battery level meter with a tiny percentage read out (don't try and read this on the move!) The meter measures voltage, so it fluctuates while you ride, dropping if you ride hard up hill and recovering a bit on the way down the other side. It really needs a couple of minutes at rest to get a true reading. As for other aids, there's a little luggage room in the false tank, and a small rack.

The EV0 bears a marked resemblance to the Honda MSX/Grom mini bike, but the makers have clearly tried to suggest it's more of a mini Ducati Monster – note the exposed trellis frame, gaudy covers and fake grilles. 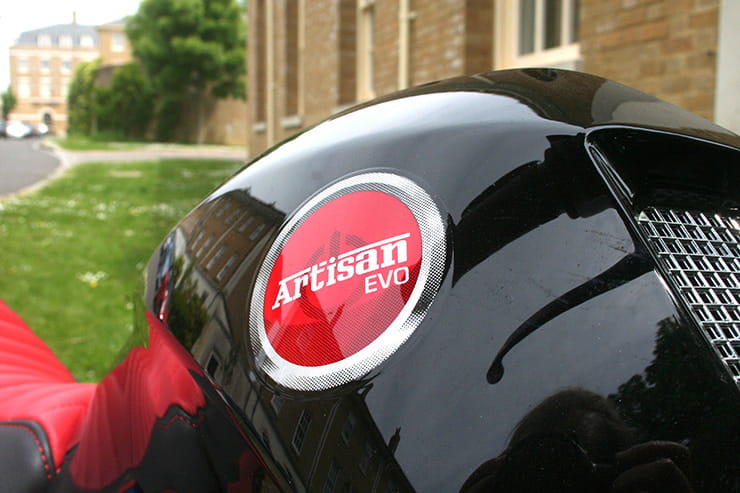 The EV0 3 isn't a sophisticated little bike, and the range restricts it to short commutes only. Still, it's a perky little machine which performs well in town and is fun to ride.  The Super Soco TC Max looks like a good alternative if you can justify the extra cash.

Three things I loved about the Artisan EV0…