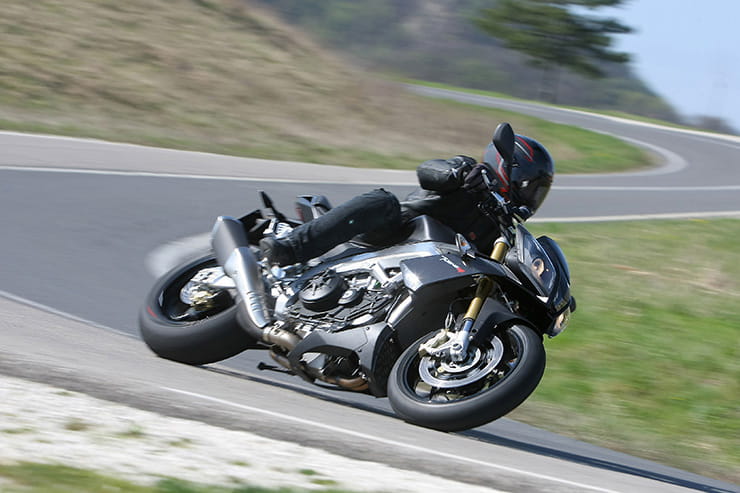 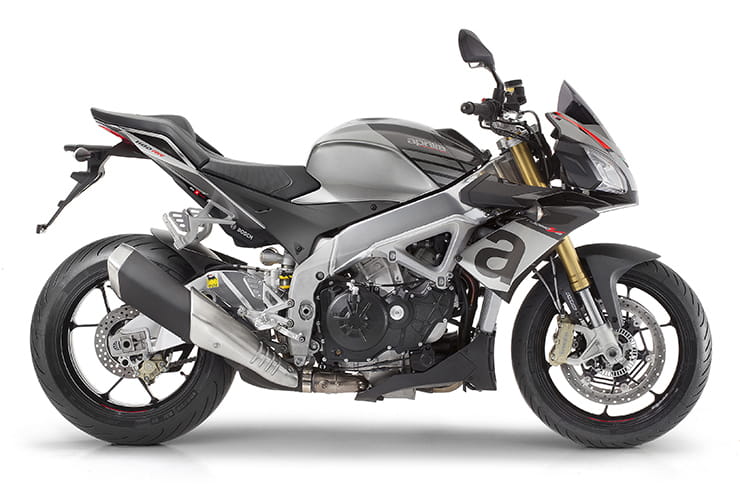 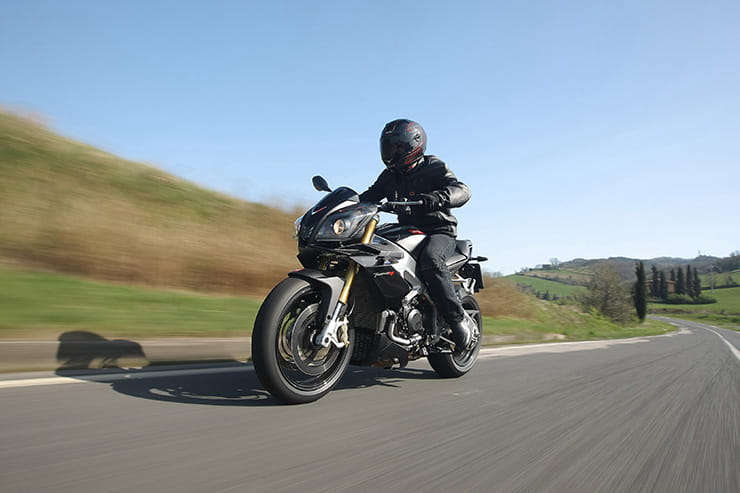 Ever since the first Tuono (which means thunder in Italian) hit the streets in 2003, Aprilia’s naked bike has always had a reputation for being a bit blinking mad! Built under the ethos of ‘strip a sportsbike down and give it a set of flat bars’ the Tuono has never shied away from putting performance right at the forefront of its appeal. But in 2012 Aprilia went one stage further, stripping back their V4 superbike to create a machine that remains the most full-on super naked you can buy – the mighty Tuono V4. Here’s why you want one…

Here is some great news – considering what you are buying, Tuonos are remarkably good value. Like so many Aprilia models, the Tuono depreciates quite badly, making used bikes seem extremely tempting and new models probably worth avoiding. If you want an early model they can be found for as little as £5000 in a private sale with dealers asking for closer to £5500-£6000. However, that will be an original-generation bike, which had a few issues (more on that later…) that were ironed out in the updated 2014 model. So ideally aim to pay between £6000 and £7000 for a second-generation bike. If you want some extra oomph (do you really need it?) then the 1100 model arrived in 2015 and costs from £8000 with the higher-spec Factory model’s price tag just touching £9000. Overall, when you look at the Tuono’s spec list and performance, it is hard to argue against a £6000 second-generation bike being the pick of the bunch.

The RSV4 engine is one heck of a beast and the 998.9cc early generation models pack a claimed 167bhp with 82ftlb of torque, which is quite frankly ludicrous in a naked bike. That said, the updated 1100 model with its 1077cc motor pushes this up to 175bhp with 88ftlb of torque, which is even more bonkers. To ride the V4 is an absolute beauty of a motor that is actually pleasingly gutsy as well as staggeringly fast. In terms of reliability there is always the issue of dodgy cam chain tensioners hanging over the V4. If you hear a mechanical rattle briefly before the hydraulic pressure builds up in the engine that is fairly normal, however if the rattle persists start to get worried as you will probably need a new cam chain tensioner. The concern is how long as it been left like this and is there anything more sinister happened within the motor as a result? Complex V4s are very expensive to get repaired.

As the bikes are getting older a few are also showing signs of gearbox issues, mainly down to the use of the OE quickshifter. The good news is that the Tuono’s cassette style of gearbox makes replacing items fairly quick and easy, however it is always worth checking for any issues on a test ride as the gearbox should be nice and slick and not noisy. When it comes to exhausts, you have to expect an aftermarket end can, which isn’t an issue as long as the bike has been re-mapped to suit. On older bikes the exhaust valve might be sticky, so look for any warning lights on the dash. And while you are staring at it, also look for any misting on the display as they are known to leak on early-generation models. 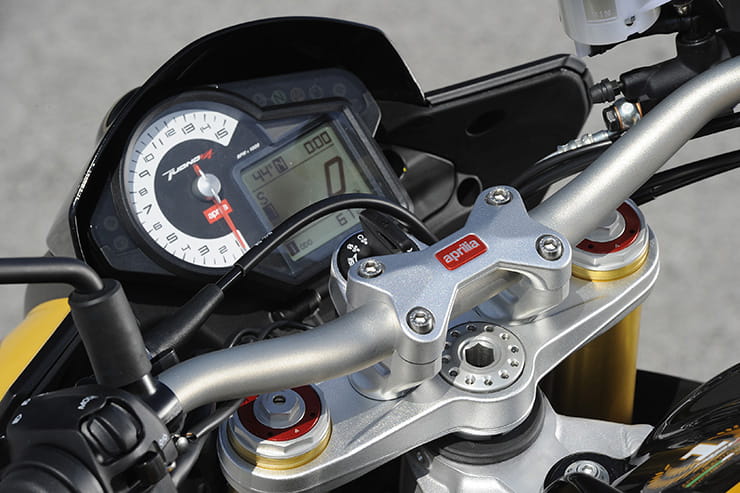 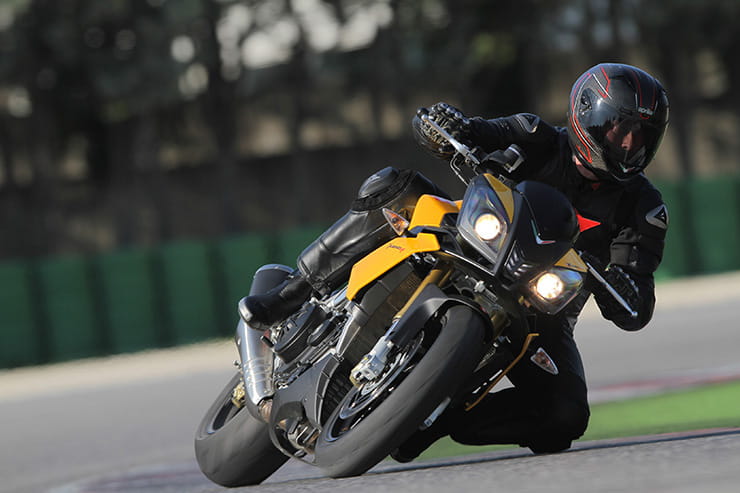 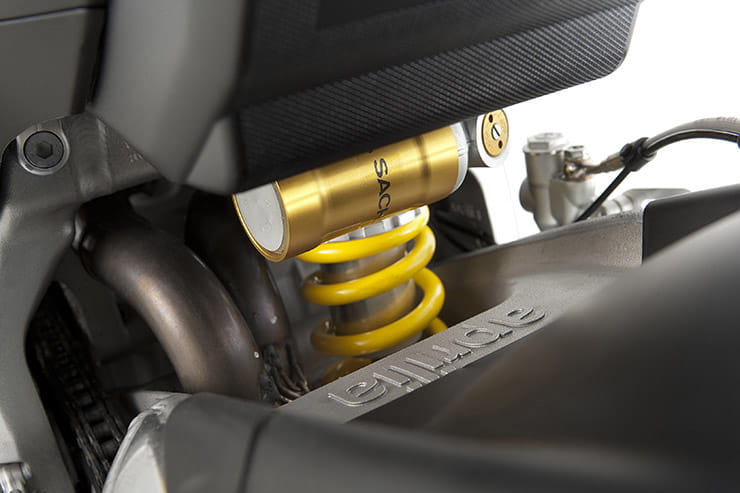 There is one common gripe that many Tuono V4 owners have – fuel economy. The V4 motor is a cracker but it is also very thirsty, something that is even more apparent on the first-generation with its smaller 17 litre tank compared to the second-generation with its 18.5 litre tank. Figures of 28-35mpg are pretty normal, which means you can see the fuel light illuminating in less than 90 miles. But, that said, they will be a very amusing 90 miles…

In a word – awesome! The Tuono has the RSV4 chassis (with a very few slight modifications) and that means you are getting full on WSB-title winning handling. Kneedown, trackdays, fast road riding, you name it the Tuono can do it and although a touch compact in terms of its footpeg location, the upright bars mean it is far more chilled-out than a sportsbike. And it is also a very tech-heavy bike with all models coming with three power modes (Track, Sport and Road) as well as traction control, wheelie control, launch control and a quickshifter as standard. If you want to push the boat out, the higher-spec Factory model arrived in 2015, alongside (confusingly) a name change with the stocker now called the RR. The Factory gets Öhlins suspension (semi-active in 2019), making it even better handling. Oddly, owners report the Sachs forks have a tendency to pop seals with irritating regularity. It’s a strange one as generally Sachs units are sound, but always check for leaks after bouncing the forks a few times. Tyres are also a source of debate with the OE rear a 190/55, however the firm suggests the use of either a 200/55 or 190/50 to explore its full performance potential. The traction control system contains a calibrating function to allow it to adapt to the size of the rear tyre.

The first-generation Tuonos lack ABS, which became standard in 2014 alongside uprated Brembo monobloc calipers, so if you want this safety net you need to buy a later generation. Aside from this small modification, there is little to fault on the Tuono’s stopper as they are basically the same as the RSV4’s. 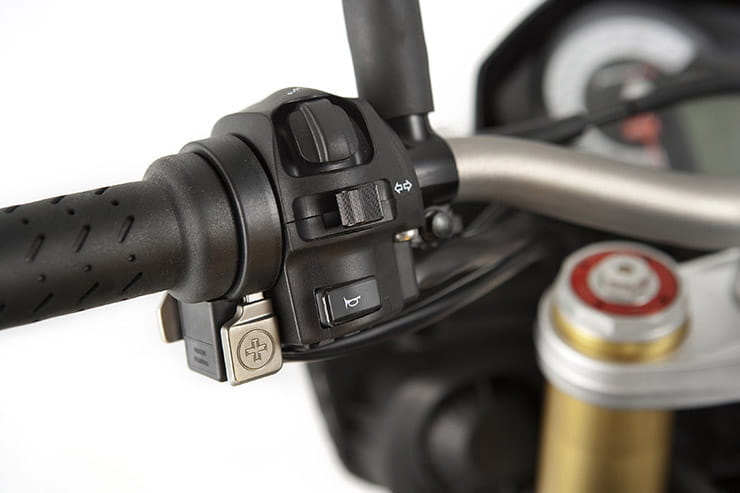 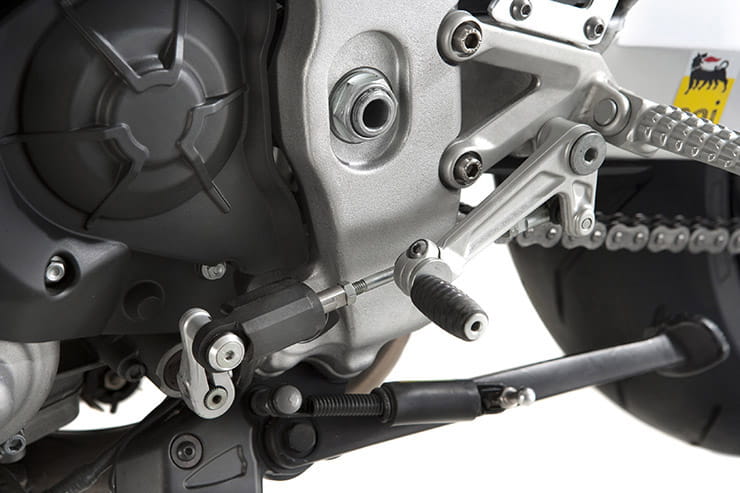 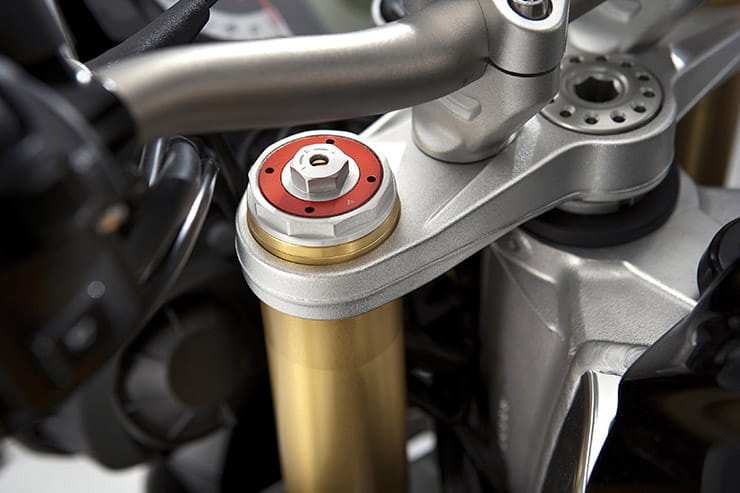 Again, responding to owner’s comments, the second-generation of Tuono gets a more comfortable seat compared to the first-generation, which is a small mercy. Upright and exposed to the elements, the Tuono can be used for reasonable journeys, but you are always going to suffer a bit of neck ache. A few companies make aftermarket screens if you want extra wind protection. Overall it is a comfortable bike thanks to its ‘sit up and beg’ riding position but it is no sports tourer.

Aprilia’s aPRC electronics package contains everything you could possibly need including launch control, power modes, ABS (on post-2014 bikes), traction control, wheelie control and a quickshifter. Later generations have seen their electronics refined and in 2019 the Factory model gained semi-active suspension. In terms of add-ons, crash protection and a slightly fruiter exhaust are always good to see, but avoid heavily modified bikes.

If you are after a bargain super naked, and are prepared to take a slight gamble on reliability, the Tuono V4 is staggering value for money. It is a no-holds-barred, full-on, lunatic of a bike and simply outstanding when let off its leash. And when you want to take it easier, that V4 is also remarkably flexible – but where’s the fun in that?

Three things we love about the Tuono V4… 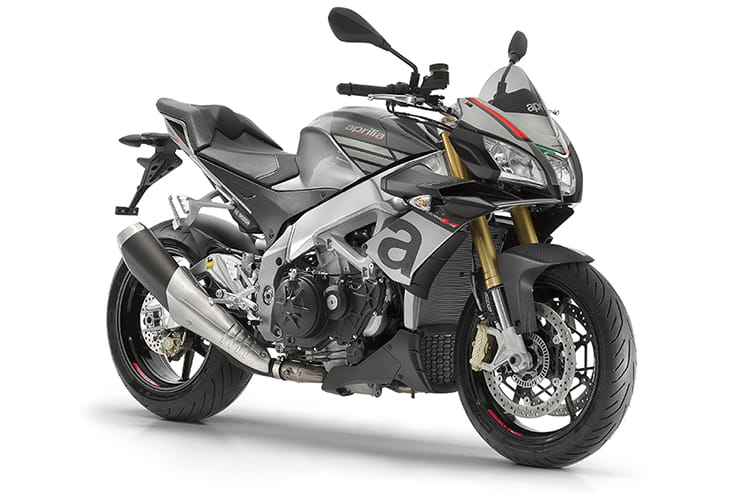 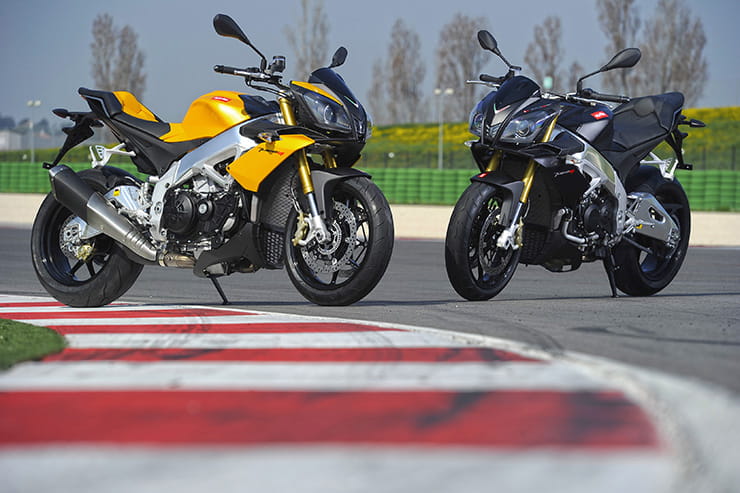 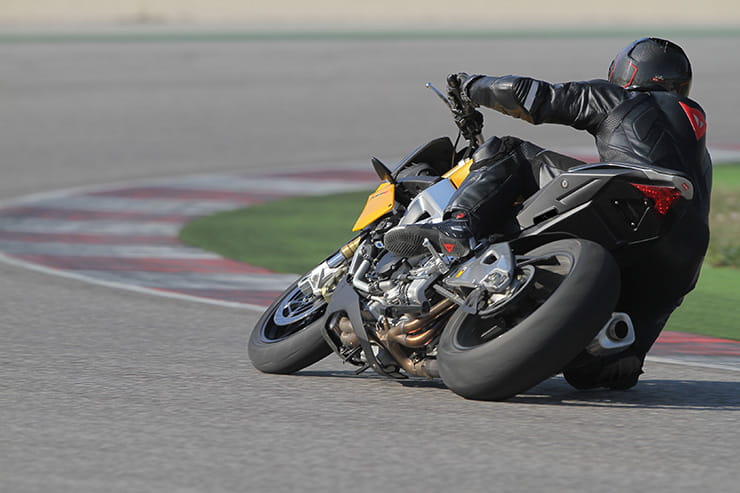