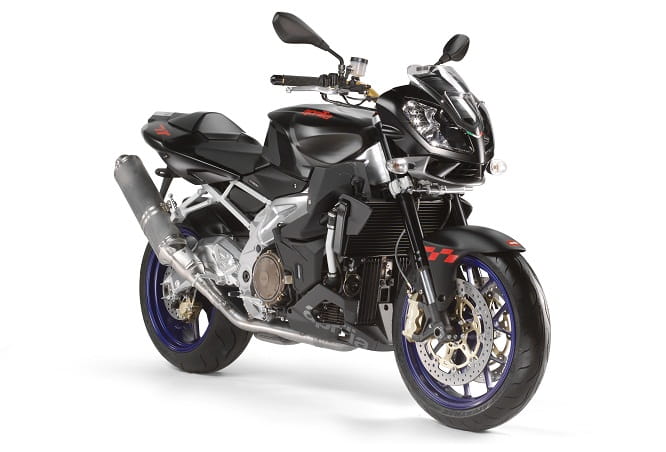 Super nakeds are rapidly threatening the dominance of sportsbikes in the UK’s market and Aprilia’s Tuono is the bike that started it all. If it wasn’t for this Italian hooligan demonstrating that wide bars and a sportsbike chassis is a match made in heaven, the two-wheeled world would be a far more sensible place. Thank goodness those crazy chaps from Noale decided to give the world a slice of V-twin madness back in 2003 when they released the Tuono.

Named after the Italian word for thunder, the Tuono was so far ahead of the game in 2003 that no one really understood it. Riders questioned the point of putting flat bars on a sportsbike with a 150mph top end and some were rather cruel about the Tuono’s slightly iffy styling. True, it looked like an RSV that had been crashed and cobbled back together, but one ride was all that was required to silence the doubters.

Mad, bad and just a little bit wayward, the V-twin Tuono is still an absolute riot to ride. While its motor only makes a fairly conservative 126bhp (realistically 115bhp at the rear wheel), the way it delivers its power is addictive. The V-twin surges forward with real haste and just loves to loft the front wheel in its first three gears, especially if you alter the stock gearing. This bonkers power delivery is matched to a chassis that although very tall and slightly top heavy, is pure, undiluted, RSV and as such demolishes bends. Grip the big, chunky, bars for all you are worth and fire it off down a twisty back road and it is impossible not to come back grinning from ear to ear. This is a bike that makes you laugh out loud and isn’t that what it’s all about? And, best of all, an early machine can be had for around £3000. When it comes to smiles per pound, they don’t get any better value than a Tuono. 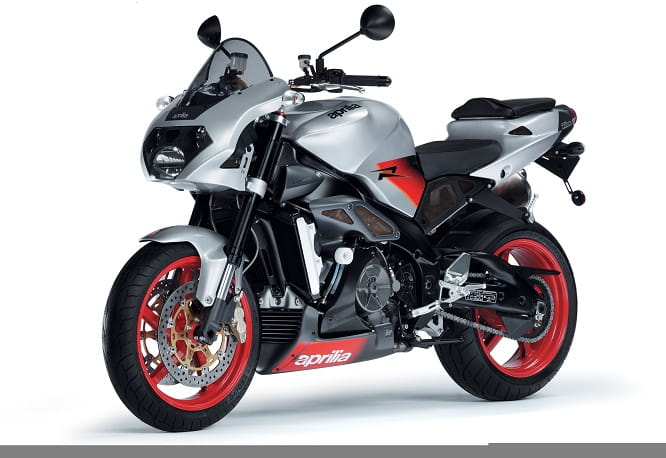 The Tuono is essentially identical to the RSV model range and therefore has the same issues. Crash damage is a real worry as the exhaust and footpegs can get pushed into the frame and swingarm if the bike is binned, denting the alloy and generally writing a bike off in the eyes of an insurance company. For this reason a lot of Tuonos are crashed and repaired without the owner informing the insurance company or are Cat-D write offs having been bought back following a claim. Always perform a HPI check to see the bike’s history and be wary of frame covers. Weak batteries are another Tuono headache as they can cause damage to the sprag clutch, which is an expensive fix. Ensure the starter turns the motor quickly and with no slipping or squeaking sounds. Upgrading the battery from a 90CCA battery to a 230CCA unit will help preserve the sprag clutch. The Ohlins suspension on Factory models likes to pop its fork seals while unbalanced throttle bodies make for a horrible throttle response. A bike that refuses to go into neutral needs its clutch fluid bleeding and a lack of rear brake is a similar story – they all do that, it’s called character. If you want to add a bit more bite to your Tuono, lower the gearing by dropping one tooth on the front sprocket and adding two to the rear.

The Tuono first appeared in 2003 and was essentially a stripped down RSV Mille sportsbike. Later in 2003 the high-spec limited edition Racing version was built which came with Ohlins suspension, OZ wheels and carbon road and race bodywork. In 2006 the Tuono received its first major update when the ‘magnesium’ second-generation RSV-R engine was introduced alongside a whole new look, twin exhaust pipes and revised chassis. A higher specification Factory model arrived in 2007 and followed the traditional Aprilia format of adding Ohlins suspension, OZ wheels and Brembo radial brakes to make it more desirable. The first year also got a gold coloured frame as well, which was less than desirable! 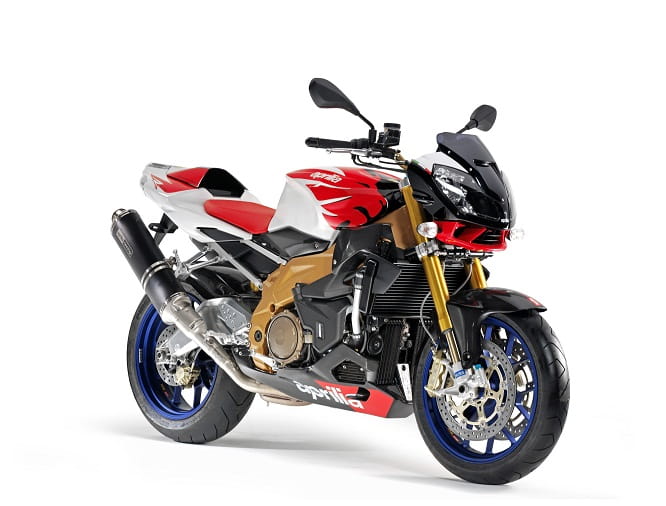 You can find a very early Tuono for around the £2500 mark, which is a hell of a lot of bike for your cash. Most of the early ‘single pipe’ bikes will be between £3000 and £3500 for a really nice one, however a Racing will cost you upwards of £5000. If you are prepared to take a risk, a Cat-D ‘twin-pipe’ Tuono can be found for £3000, however it is better to spend an extra £500-1000 on a straight bike that hasn’t been written off. If you want the higher spec Factory machine, prices start at £4000 for a tatty one and go up to £6000, which is about £500 more than the peak of base model’s prices. Believe it or not, some dealers are trying to get £7000 for a tidy Factory bike, which is early model V4 Tuono prices and more than a little optimistic.