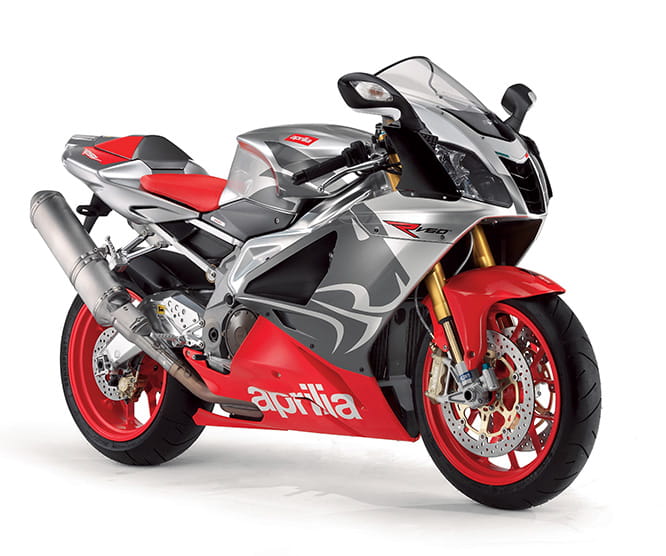 With used bike buyers currently going bonkers for Ducati models, there has never been a better time to consider owning ‘the other Italian V-twin’. Especially if you plan on actually riding the bike rather than just looking at it in your garage.

Describing the RSV as ‘the other V-twin’ is somewhat harsh, this is a bike that in many ways is a far more sensible machine to own than a Ducati. True, it hasn’t shared anything like the same WSB success as the Bologna bullet, but when it comes to running costs, reliability and bling factor, the RSV is the true champion.

Much of the RSV’s lack of track success is simply down to the fact Aprilia built it as a road bike and not a WSB special. True, there was actually a homologation special RSV SP built, but the road bikes were always designed to be practical, comfortable and reliable as well as fast and agile and that’s what makes them a great used buy.

For less than £3,000, you can pick up an early RSV-R with lightweight OZ wheels and Ohlins suspension fitted as standard as well as a reliable 128bhp V-twin powering it. Talk about value for money. Then, by spending just a fraction of the cash you will have saved by not buying even the ropiest of Ducatis, you can do a few small modification to the RSV to make it even better. Do this and you will wonder what all the fuss is about when it comes to Ducatis as a well sorted RSV is truly a thing of great beauty. And masses of fun! 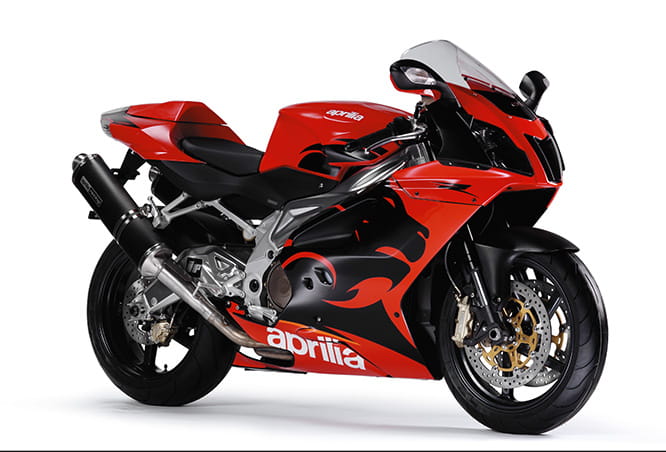 A well looked after RSV is a very reliable bike, however being Italian it does have a few issues that need to be sorted to ensure hassle-free motoring. The main area of concern is the sprag clutch, so listen out for a squeaking sound when the starter is pushed that indicates it is shot. If all is well, get a battery with a higher than standard CCA rating to help preserve it. Aprilias don’t crash well, even at low speed, so look for signs that the exhaust or pegs have been pushed into the swingarm or frame and always run an HPI check as this damage writes off many bikes in the eyes of insurance companies. In 2004/05 an odd quirk made the speedo’s mileage reset itself, so watch out for unusually low mileage examples, and on R or Factory models always inspect the fork pinch bolts as these are often over tightened which can crack the fork leg. If the bike runs like a pig, has an overly snatchy throttle response or refuses to idle nicely it needs its throttle bodies properly balanced. If it doesn’t like going into neutral the clutch fluid needs bleeding while a lack of rear brake means there is air in that system, both are common complaints that are down to poor design by Aprilia. Avoid any ex-race or track bikes, the RSV’s slipper clutch isn’t man enough for track use and over-revving often results in bent valves. 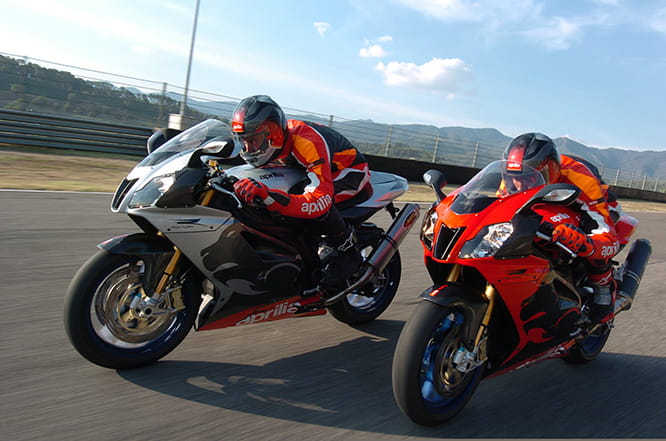 There are two generations of RSV, the single and twin pipe bikes, and they have very different engines. However within each generation there are also variations, so it pays to know your Aprilia models. The single pipe bikes used the V990 motor with the first generation (1998 – 2001) having the smaller valve motor before this was updated in 2001 with bigger valves and ran until 2003. This generation came in standard RSV and higher specification RSV-R forms, with the R gaining Ohlins suspension and OZ wheels. A few special editions of the original bike such as the Edwards rep with its larger throttle bodies, twin pipes and blue top yoke and the Haga rep with its Playstation 2  WSB paint were built, but the flashest special is the all-singing 2004 Nera with its mass of carbon and titanium parts.

The V90RR engine (also known as the magnesium motor) arrived in 2004 and brought with it a new twin pipe look and updated styling and chassis. The RSV-R is now the base model while the RSV-R Factory gains the Ohlins and OZ bling. The V90RR was updated in 2007 with larger valves giving it more power (the Factory gained a horrible gold painted frame) while the R received Ohlins forks as standard before both bikes were discontinued in 2010 and replaced by the RSV4. In 1999 Aprilia also made the RSV SP, which is the firm’s homologation special. Only 150 were released with a unique engine built by Cosworth and fully adjustable chassis. 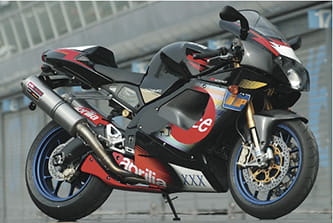 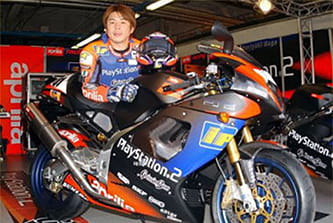 Right at the top of the RSV pile are the limited edition Nera and RSV SP, both of which are going up in value and are likely to cost between £10,000 and £15,000 depending on condition. The Haga and Edwards are far less sought after and can be found for around £5,000 if you hanker after a limited edition Italian bike with the potential for increasing in value.

A well-used early RSV should cost in the region of £2,000 with the higher specification R model increasing this to £2,500 while tidier bikes start at £3,000, which is still decent value. An early updated twin pipe model can be yours for between £3,500 and £4,000 with the Factory edition’s prices starting from £4,500 and going up to £6,000. A few dealers are trying to convince buyers that the RSV is a potential collector’s item, but while prices are slightly on the up, they are nowhere near as popular as Ducati models so don’t pay over the odds.

Tell us about your RSV experiences.  or !