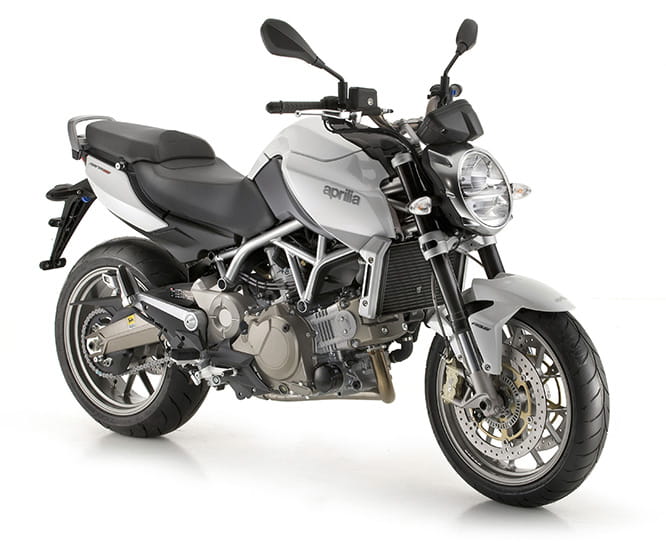 Pioneering ‘automatic’ 850cc street twin was arguably before its time – but lives on in Italy.

Another ‘typical’ Aprilia in being radical, different and, in the UK at least, unsuccessful. Which is a shame, especially as bikes of this type are slowly becoming more mainstream.

The Mana is essentially that rare beast: a bike with an automatic transmission. The idea being to have a two-wheeler with all the urban practicality of a twist ‘n’ go scooter yet also the excitement out in the country of a full size motorcycle. The Mana achieves that by marrying a purpose-built, 839cc V-twin with a switchable, scooter-style CVT (Continuously Variable Transmission) gearbox all in a fairly conventional roadster chassis.

It works impressively well, too. Around town, via a switch on the right hand bar, put it into ‘Auto’ and it’s a proper ‘twist n go’, easy to ride and with added scooter-style benefits as a helmet-sized luggage compartment under the dummy ‘tank’ and even a 12V power socket. Then, as the roads open up you can switch into Sport mode and the gearbox becomes a seven-speed sequential affair to help you enjoy the twisties to the full.

On the downside, the Mana’s not the best-looking motorcycle on the planet, its 75bhp won’t set the world on fire and the lack of a fairing limits long distance practicality (although the later GT version improved this). But there’s also no doubting that it works and also that Honda has since stolen its thunder with the conceptually very similar NC750 S and X with their DCT gearboxes and similar tank storage. 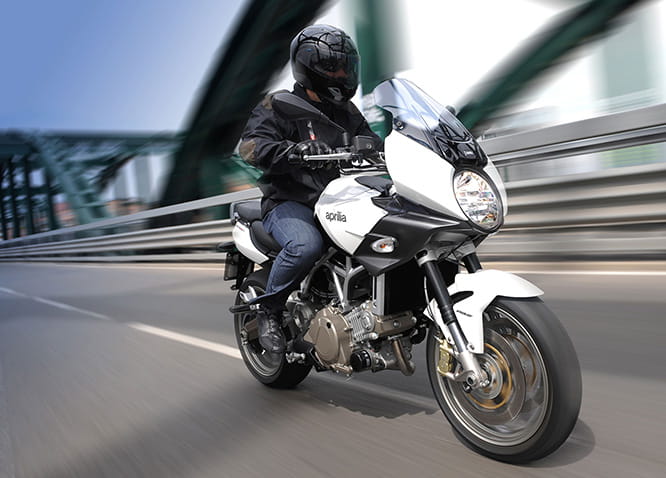 Despite its complexity and novel technology and electronics there have been few technical issues reported with the 850 Mana and generally, as well, Aprilias have good reputations for build quality and reliability. As a result there’s little to fear when approaching a used Mana 850 – as long as the example you’re interested in is in good condition and has been well looked after. First make sure you check its legitimacy and ownership history thoroughly. Inspect all paperwork thoroughly and satisfy yourself that it’s history, both ownership and servicing, is correct. Second, inspect for damage, both cosmetic or mechanical, as thoroughly as possible. Any superficial damage to bodywork, bar ends, controls, levers etc suggests it’s had a drop and more severe damage may be lurking. Next check operation and maintenance, in other words, that all controls and moving parts work and have been lubricated correctly and that all consumables (ie chain, brake pads, tyres) are within acceptable tolerances and also have been adjusted correctly. Finally give it a good going over with condition and cosmetics in mind, paying a particularly close eye to nooks and crannies where corrosion can occur. 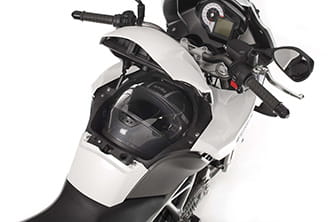 Replaced by the Mana NA 850GT in 2009 complete with new, frame-mounted half-fairing complete with adjustable windscreen and ABS for the first time. Still didn’t catch on though.

Aprilias have never had the residuals their quality, style and spec deserved and the clever, high tech but unsuccessful Mana suffers more than most. That’s all to the benefit of used buyers, though. A decent Mana can be snapped up for as little as £2500 although £3000-£3500 is more typical.