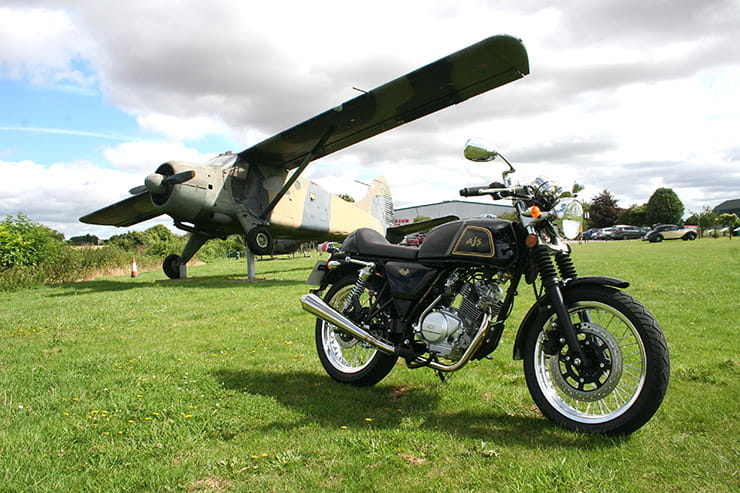 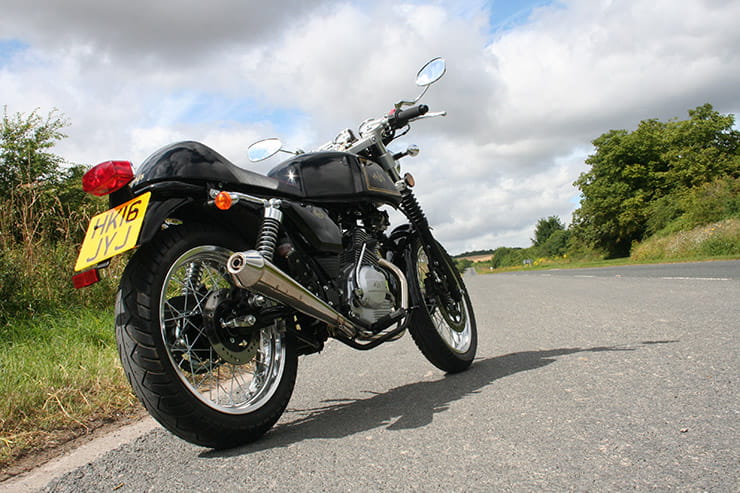 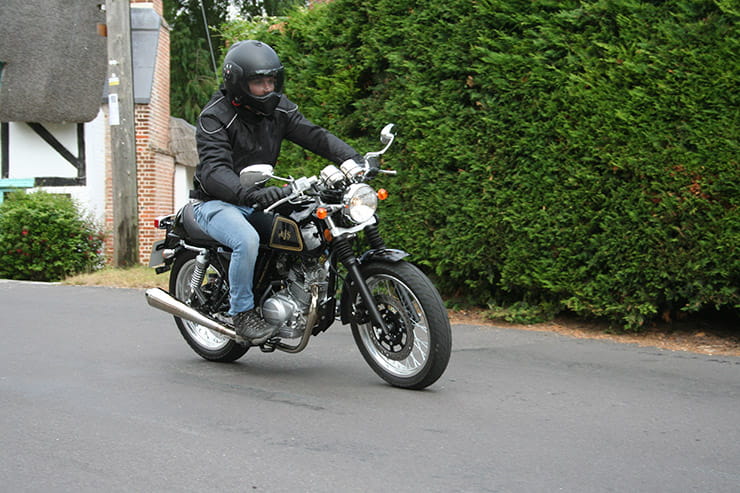 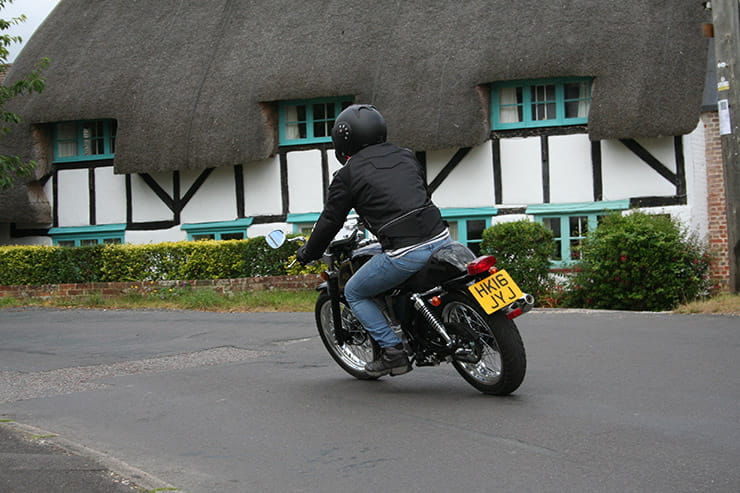 Triumph did it years ago, Norton more recently and now Brough-Superior is back making bikes again – or at least, in each case, someone canny bought a famous name and started afresh. But the launch of a new AJS doesn't mean that yet another famous British name is back in production in Blighty. It might look like a product of Birmingham, or maybe a backstreet London custom house, but the Cadwell cafe racer is actually made in China.

AJS is one of the oldest names in British motorcycling, building its first bike in 1909. It's come back from the ashes more than once, culminating in the giant-killing AJS Stormer motocrosser of the  late 1960s and '70s. When Norton-Villiers stopped making the Stormer, ex-competition chief 'Fluff' Brown carried it on, buying the rights to the name and building the two-stroke MX right into the '80s. Since then, his son Nick has taken over the business and since 1999 has been importing Chinese 50s and 125s with the AJS badge.

The Cadwell is the first of these imports to play the retro card, playing up to the AJS heritage with cafe racer styling straight out of the 1960s. And it has to be said, the Chinese have done it very well. Underneath, this is a bog standard 125cc commuter, with a tubular steel twin-shock frame, fairly basic spec and an air-cooled carb-fed motor claiming just 9.2bhp at 8500rpm. But the looks suggest a rip-roaring 650cc twin with five times the power. That lovely tank in black/gold or silver/black; the solo seat with racing up; twin analogue clocks (though no fuel gauge, tripmeter or timepiece), spoked wheels on alloy rims...the list goes on. And it works because everything is in proportion, so the Cadwell doesn't look like a genuine cafe racer that's had a tiny engine plonked into the frame. Squint a bit...from a distance...and it could the real thing.

Mind you, this is still a 125, and a sub-10bhp one at that, so it's not quick by any standards. The lack of power shows up when trying to overtake a car cruising along at 50-55mph – you can do it, but you'll need a very long straight. But actually, it's not too bad for a 125. The Cadwell weighs only 113kg, so the 9bhp doesn't have much to haul around (depending on the rider's, erm, physique) so it goes quite well for a 125. It's easily fast enough to keep up with urban traffic into 40 and 50 limits, while out on the open road it will wind round to its 10,000rpm red line, given a little time. That translates into easy cruising at an indicated 60-65mph, with 75mph possible, again, with enough space.

Fast enough for dual-carriageways then, but the Cadwell also proved fun on twisty roads. The spec is undeniably basic, with non-adjustable forks and twin shocks with pre-load only, but the lightweight AJS steers well and tracks round bends with alacrity, and no wallowing or scraping. That's just with me aboard, and it might be less happy with the extra stress of a pillion – a dual seat is optional and the bike already comes with pillion rests and a grabrail.

The Chinese Kenda tyres grip dry roads well, and all in all the Cadwell is a confidence-building little bike. That's helped by the brakes, an OK disc at the rear and very good one up front, complete with four-pot caliper. The whole thing is pretty novice-friendly. The seat is low (though pretty hard), the dimensions slim and the clutch and gearchange light – the AJS is completely non-intimidating to ride. That said, the riding position is a bit strange. The bars are only moderately low, but the footrests haven't been moved back to suit, so you get a feet-forward position that doesn't feel right. I got used to it, but those with long legs should try before they buy. 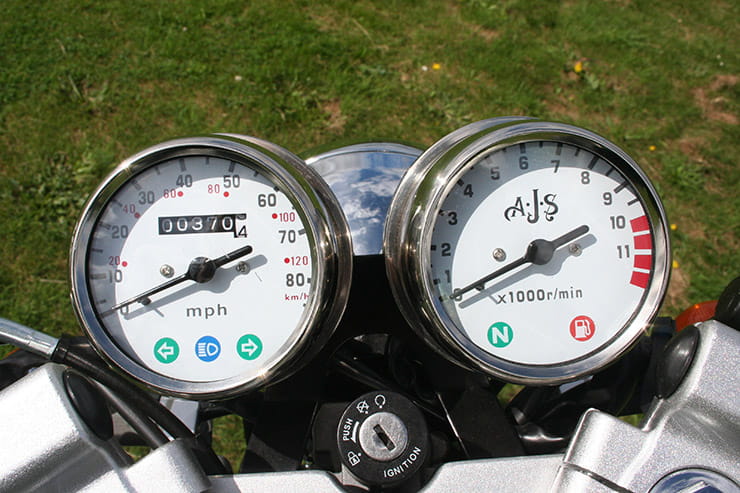 Incidentally, if you want a cheapish and simple 125, then don't wait too long before making a decision. The infamous Euro 4 regulations, coming in January next year, will have a major effect on the 125cc market. All bikes and scooters this size will have to have fuel injection and linked brakes – there's nothing wrong with either of those things, but they will push prices up. Old-school 125s with carbs and non-linked brakes will still be available as old stock into 2017, but once they're gone, as the saying goes, they're gone. So if you want one, don't hang about.

Anyway, where were we? Oh yes, the Cadwell. It rides well, has decent quality switchgear and generally seems well put together, a long way from the cheap and cheerful CG125 clones China was sending this way a few years ago. Of course, it does cost more than most Far East 125s, but the cafe racer styling and general quality seem to justify it. If it's not racy enough, the importer is offering options of lower-still bars, a racing plate and piggyback shocks.