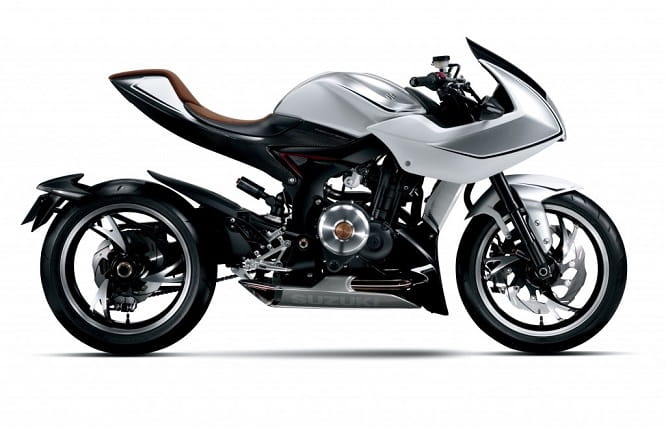 Suzuki will present three concept machines to a UK audience for the first time next week.

The bikes, which made their European debuts at EICMA earlier this month, are set to appear on the Suzuki stand at the Motorcycle Live show in Birmingham.

Heading the line-up of exotic concepts is the Suzuki Recursion, which was first unveiled at the Tokyo Motor Show last year. The Recursion is powered by a narrow 588cc parallel-twin engine which features an intercooler turbo designed to ‘improve both performance and fuel efficiency’.

The Recursion is Suzuki’s attempt to create a motorcycle that has the running performance and power of a higher capacity machine while retaining the handling characteristics and economy of smaller models. In order to achieve this, they’ve built a narrow, lightweight 600cc machine and whacked on a turbo charger. It looks pretty cool too. 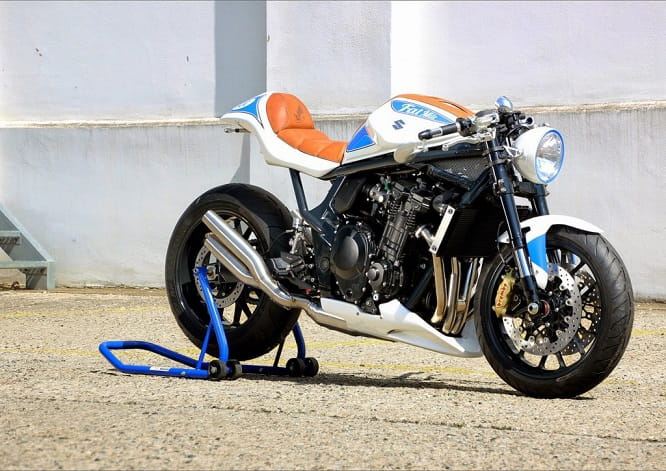 Joining the Recursion will be a Suzuki custom special, the ‘FatMile’. This bike, based on the motor and engine from the Bandit 1250, was designed using the Japanese ‘senpai-kohei’ approach – where a young designer works with a veteran in the field. In this case, youngster Daniel Handler joined forces with the man behind the iconic Suzuki Katana, Hans A. Muth.

The pair took the Bandit’s motor and frame and turned it into a stunning classic cafe racer with a round headlight and custom seat unit. They’ve taken the forks and Brembo monobloc calipers from the legendary GSX-R1000 and added custom four-two-four exhausts to complete the FatMile’s look. 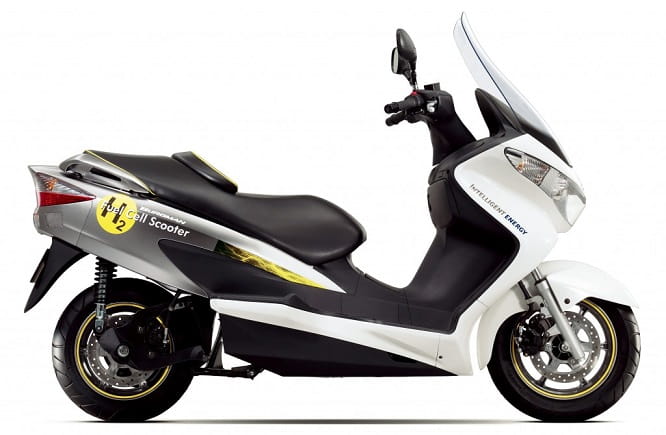 Another concept making an appearance at Motorcycle live will be a revolutionary version of Suzuki’s Burgman scooter. It ain’t no ordinary Burgman though, this one is powered by Hydrogen. Built in partnership with Intelligent Energy, the Fuel Cell Burgman reacts hydrogen with oxygen in a fuel cell which in turn powers an electric motor and is the first vehicle of its type to achieve the EU Whole Vehicle Type Approval. Suzuki claim the bike achieves ‘real world performance’ including an impressive range of 220 miles!

See these three unique machines for yourself at Motorcycle Live next week, and don’t forget to drop in on us at the Bennetts stand!