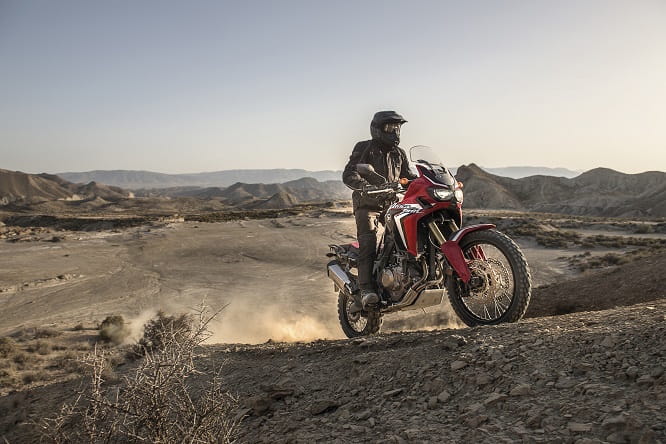 Honda UK have this morning revealed prices for the all new Africa Twin CRF1000L, as the bike makes its UK debut at Motorcycle Live in Birmingham.

Two variants of the latest incarnation of Honda’s legendary adventure bike will be available, starting at £10,499 for the ABS model with a Dual Clutch Transmission (DCT) version also available, coming in at £11,299.

The DCT model features an ‘all-new’ version of Honda’s unique transmission system, which when in ‘S’ mode is said to allow riders to tailor gearbox response to their preferred riding style with swifter downshifts.

For off-road, there’s an all new ‘G’ mode, which, at the touch of a button, alters the clutch to give a more direct drive. The Africa Twin’s DCT system also features a clever incline detection capability, which adapts the gear shift pattern depending on the gradient of any incline.

Deposits are already being taken at Honda dealerships, where the bike will be available early next year.

We’ll be riding the Africa Twin in South Africa early next month, keep an eye out for the full review!