Made in Britain: Inside Datatool, the UK’s biggest tracking company 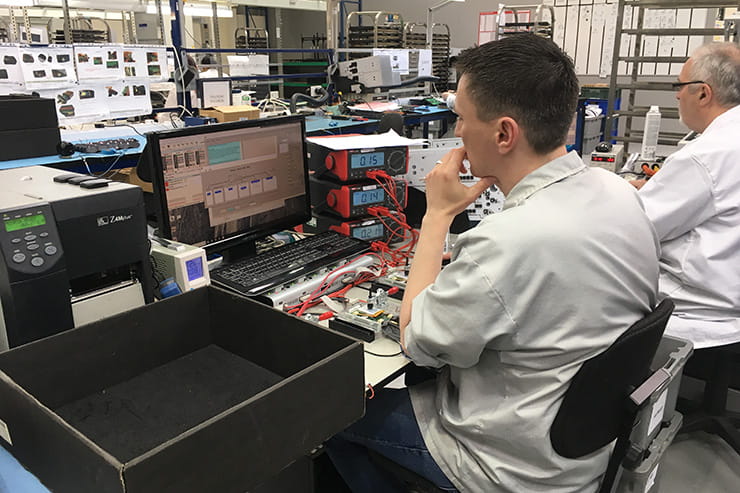 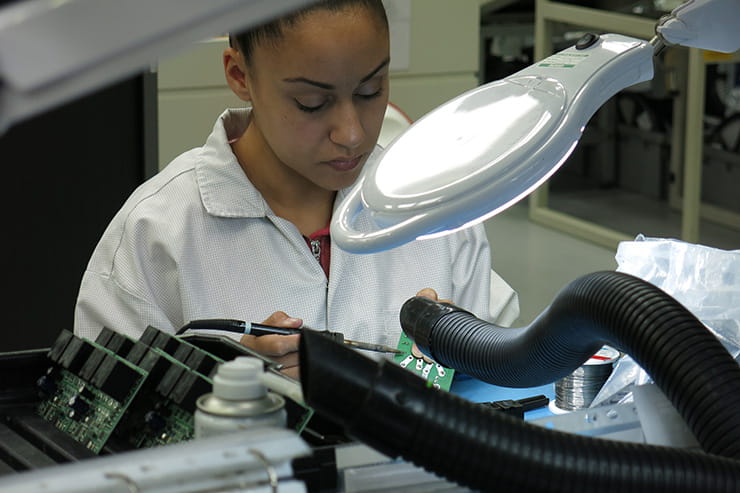 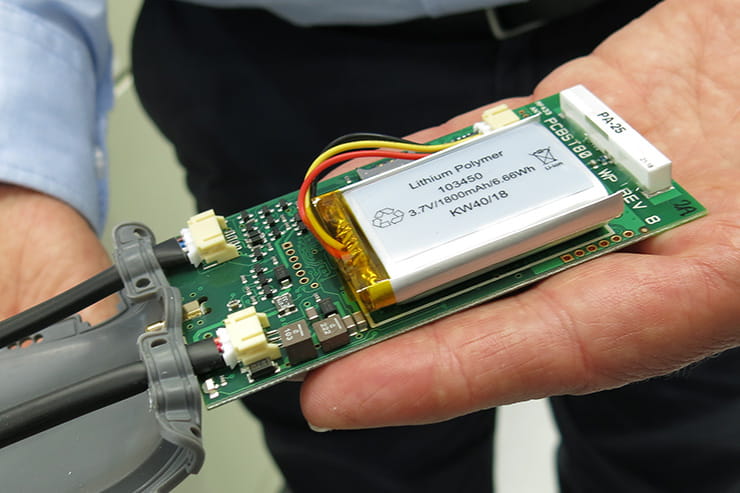 Motorcycle security has come a long was in the past few decades. Say Datatool to some riders, and they’ll bark about how the alarm on the bike they had in the ’90s was more trouble than it was worth. Don’t confuse what some thought of as the bad old days (though you might be surprised what the real cause often was), with the high-spec security of today.

Made entirely in Britain – Chorley, in fact – Datatool is the biggest manufacturer of motorcycle tracking kit in the UK. And along with its parent company, Scorpion automotive, the 80-strong team has also supplied its equipment to Honda for motorcycles and ATVs, as well as the likes of Zero, DAF, Leyland, Iveco, Toyota, Subaru, Aston Martin and more…

Didn’t Datatool make that alarm my mate had that was always going off?

For many, many years, Datatool was market leader in motorcycle alarm systems. That means they were fitted to a LOT of bikes. And not always well.

According to Pete Mouncer, an independent motorcycle security fitter otherwise known as The Bike Alarm Man, the most common cause of faulty alarm systems was poor installation. Compound ropey soldering (or worse, crimp connectors) by the fitter with a few years of damp and road grime, and you’ve got the perfect recipe for electronic frustration.

If quality alarm systems are carefully installed, there should rarely be a need to worry about trying to remove them.

Scorpion Automotive was established in 1973 and was one of the largest suppliers of car alarms in the ’80s and ’90s before manufacturers started fitting their own. The business was acquired by Mark Downing in 2004, then in 2009 he bought Datatool, bringing the production back from China and in house in the UK fairly soon after. With its own factory, all Scorpion kit – and that includes the Datatool alarms, immobilisers and trackers – is made right here in Britain. 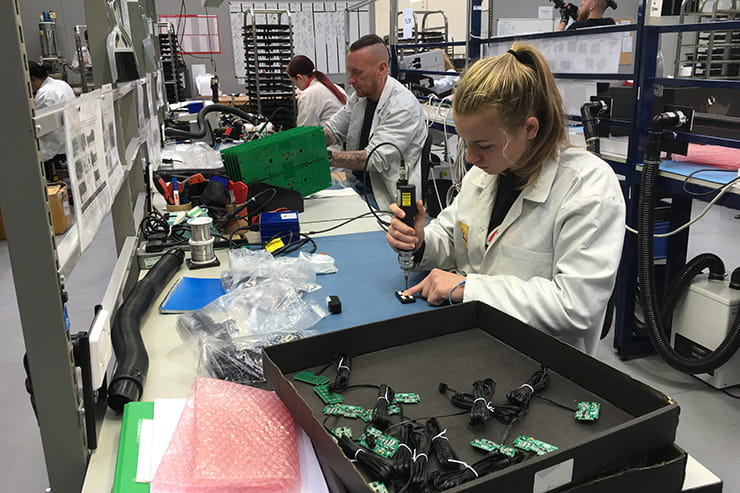 Based in Chorley, the Datatool TrakKing factory also produces kit for the world’s automotive industry

With many of Scorpion Automotive’s products shipped out and fitted direct on many vehicle production lines, the company is ISO9001, ISO14001 and IATF16949 accredited. It also holds the PACCAR 10PPM Quality Award. That means that there’s a quality management system that ‘consistently provides products and services that meet customer and regulatory requirements’ (ISO9001) and an effective environmental management system is in place (IS014001). IATF16949 complements ISO9001 in emphasizing defect prevention, providing continuous improvement and reducing waste. It’s the 10PPM award that’s most striking for us riders…

PACCAR is the company behind Kenworth, Peterbilt and DAF trucks – its ‘10PPM’ quality standard was awarded to suppliers around the world – including Scorpion Automotive in 2016 – and is only achieved if an equivalent of just 10 defective parts in every 1,000,000 are shipped to PACCAR.

Scorpion uses the same highly automated and efficient production line – along with a tight-knit team of technicians – for PACCAR as it does to make its Datatool alarms, immobilisers and trackers. Oh, and the tail light units fitted to all Parcel Force and Morrisons trucks.

That 0.001% defect rate is the reason why pub tales of relentlessly squarking alarms bear no relation to the systems Datatool makes, including the TrakKing Adventure tracker that Honda now offers to install for free on every new bike, and at a discount to any used machine. In fact, many Honda dealers will fit a discounted TrakKing to any vehicle for their loyal customers.

Why have a factory in the UK?

Scorpion’s MD, Mark Downing, is a self-confessed ‘manufacturing animal’; “It’s what floats my boat,” he told me. “I don’t want to buy a box from China… I want to make it.

“I have looked at lots of manufacturers in India and China, but we wouldn’t get the reliability in our production by outsourcing. It’d be a nightmare, and added to that, they can’t even do it for the price we do.

“We run lean, and we do it all in-house. The Brexit process also hasn’t had the negative effect it could have for us, as everything is made here. If we were manufacturing overseas, Brexit would have meant costs of 20-30% more per unit.”

Being so tightly in control of quality has obvious benefits, but it also means that the electronic devices can be adapted and upgraded very quickly; “We know exactly what’s going on inside that box,’ says Mark. And with trackers, that’s really useful. 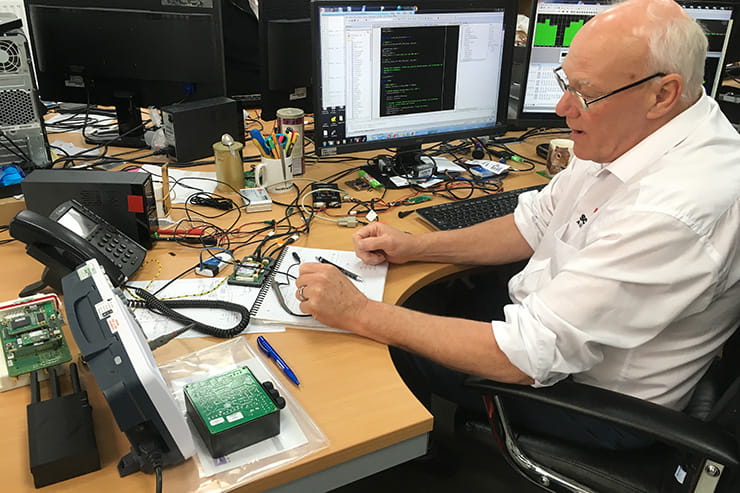 The R&D team of ten is constantly working on new products, as well as enhancing and refining those that are already fitted to thousands of motorcycles

How do trackers work?

I’ve tested many of the top trackers available for bikes, and having spoken to police officers around the country, I know how important it is for any tracking system to respond quickly. While it’s sadly true that police forces don’t have the resource to personally and immediately investigate the majority of thefts once they’ve happened, they will (unless involved in a major incident), respond to a live tracking alert – the chances of getting an arrest are high. If your bike’s been taken, there’s very little the police can do, but if it’s being tracked, they know the chances of success are extremely high. Act quickly, and the thieves could be caught with the bike as well.

Datatool’s TrakKing devices have an initial ‘early warning message’ that’s sent only to the owner via text message if vibration is detected. If the bike moves away from where it’s been parked without the ignition on (or in the case of the new S5 model, also without the tag present even if the criminal has the keys and rides it), the unit alerts Datatool’s 24/7 inhouse team, a member of which will call the owner to confirm if they’re with the bike. If they’re not, Datatool will put the device into full alert mode, and once the owner’s got a crime number (a quick and easy call), the team will liase directly with officers and guide them to the bike’s location. More often than not, recoveries are made within less than an hour, with a 95% or more success rate.

Datatool’s trackers have a unique auxiliary antenna that gives excellent levels of GPS accuracy – that means a bike can be pinpointed inside a van. The fast alert of a tracker, combined with location accuracy and minimal power draw are what will make the product transparent to the owner, but effective when it’s needed. Datatool is able to quickly flash firmware updates over the air to its devices without the owner ever having to get involved – that’s why complete control over the manufacturing, rather than buying in a generic system, is so valuable. 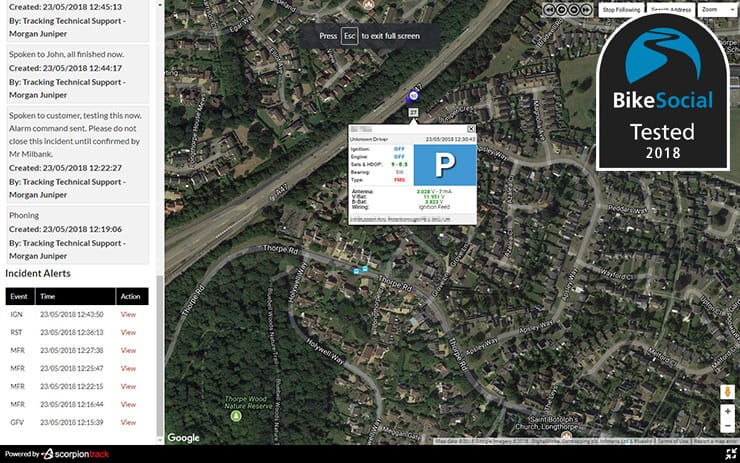 To successfully find a bike, the tracker needs to ‘see’ at least four satellites in order to triangulate its position with a good ‘Horizontal Dilution of Precision’. An HDoP value of 5-10 is moderate, 2-5 is good, 1-2 is considered excellent, while 1 or below is ideal. Smaller is better. You can see the HDoP value on the screen grab above. That’s inside a van with a steel bulkhead.

Datatool’s TrakKing has access to GPS (30 US satellites), GLONAS (24 Russian satellites) and Galileo (18 European satellites). And yes, Galileo will still work if Britain leaves the EU.

Why do some bikes still get lost?

I’ve tested many of the top trackers available for bikes, and having spoken to police officers around the country, I know how important it is for any tracker to respond quickly, but also to be well hidden. Most bike thefts involve the machine being taken, then quickly moved to a quiet location (where it will often be chained up and covered – the thieves know the value of good security). They’ll often not take it to strip it down until they’ve seen that it’s not been recovered – they don’t want a tracker to lead police to their workshop. 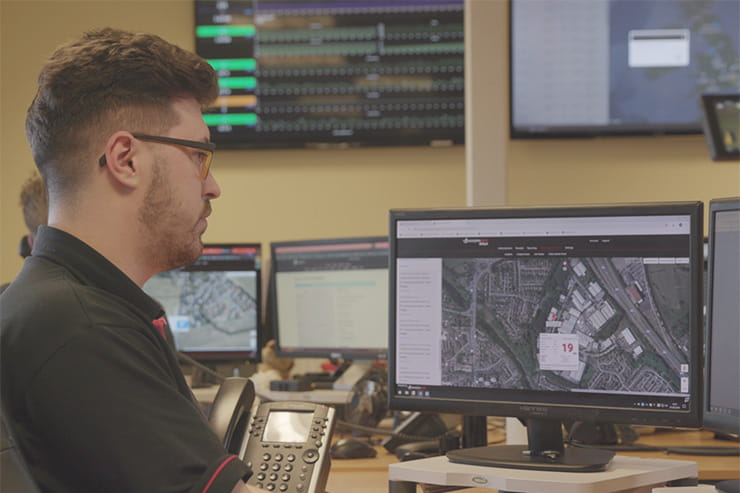 Around 300 alerts are responded to by Datatool’s team every day. Most are false-alarms caused by the owner forgetting to switch to garage mode when the bike’s being serviced, they’re moving it legitimately in a van or on a ferry, or the unit is sending a vibration alert when a strong GPS signal isn’t available. Around five or six are actual thefts, and while visiting the Chorley HQ I saw a BMW R1200GS successfully located in a London scrap yard. The bikes keys had been stolen, but as soon as the owner realised, he called Datatool. The call came through from the police that the bike had been found – undamaged – thanks to the tracker and the owner was on his way to retrieve it.

But some are lost. Jammers are available, but these are rarely used, and also rely on the thief keeping the battery-powered device turned on and close to the bike; as soon as they stop, the unit will communicate with the secure servers and update its location.

It’s also possible to electronically ‘sniff out’ a tracker that’s using the mobile phone network to ‘talk’ to base, but again, this is very, very rare in motorcycle theft.

The most common cause of a bike being lost forever is a poor installation. In the same way that people remember alarms for the times they annoyed them, a carelessly-fitted tracker could be the cause of losing a bike. It’s unlikely to fail, but if it’s shoved under the seat or anywhere else easily accessible, thieves will spot it, rip it out and dump it. The internal battery will continue to work, but all police will find is the small box.

Honda’s dealers will have their work cut out fitting these trackers properly, but as long as the technicians understand the importance of taking that extra time to do a good job, the bikes will be very well protected.

Anyone buying a new Honda will have the option of having the tracker fitted for free, saving them around £350. All they’ll need to pay is a £9.99 a month to pay for the unlimited tracking and technical support offered by the team in Lancashire.

It’s peace of mind, and if the worst were to happen, there’s a good chance you’ll get the bike back. And the criminals could well be caught…

Meet the man behind Datatool