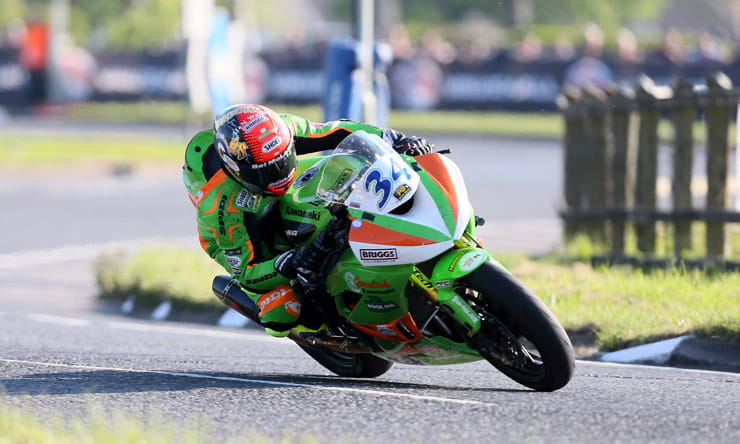 The history of Rock oil has all the elements of a great drama; pioneering spirit, passion, innovation, disaster, near ruin, sheer grit to recover and a great ongoing story. It’s got the lot and it is also 100 per cent UK based and owned. More than that, it has been owned by the same family since it was started by Fred Malone in 1928.

Fred’s great grandson Greg Hewitt is the current Managing Director of the company, having taken over from his grandfather, Charles Hewitt in 2014. 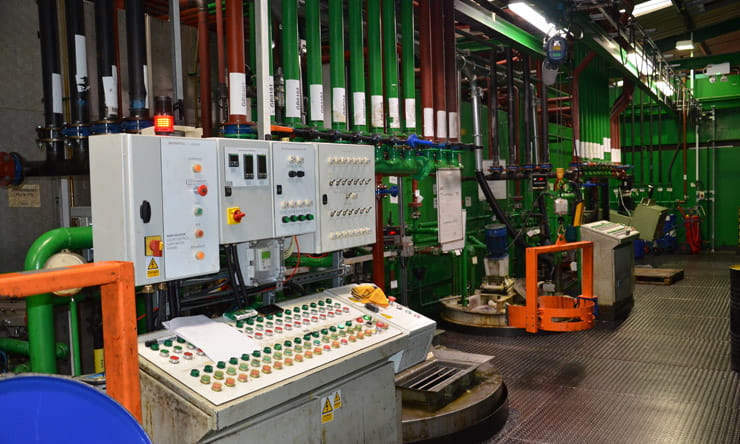 If you’ve been to a round of British Superbikes or watched it on TV (and if you haven’t, you should) will be familiar with the Rock Oil banners around the circuits. They put a great deal into the series and regard it as effort well spent.

“Motorcycle oils only account for 10 per cent of our business,” Greg Hewitt told me, “ but almost every new customer we have acquired first heard of us through our involvement with motorcycle sport.” 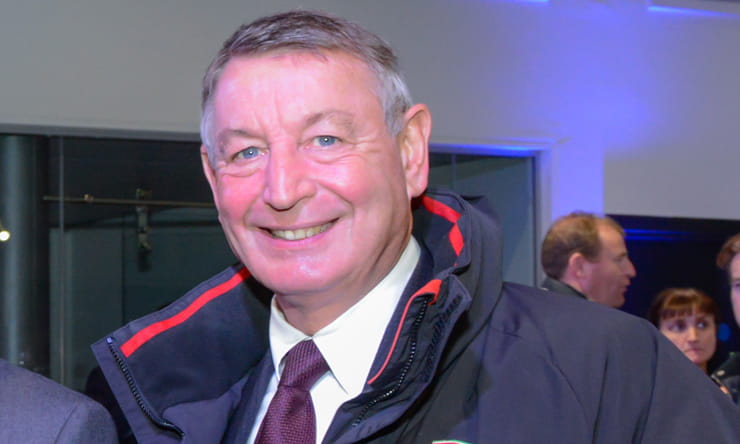 The company’s loyalty to motorcycle sport and their passion for it is partly because their involvement with sport was a key factor in rebuilding the company after the disaster of a fire in 1973 which destroyed their original Warrington premises. The fire burned for over a week, consuming everything except the determination in the minds of the owners to survive the catastrophe and rebuild the business. With massive effort, and using outside oil blenders, the business gradually recovered. By 1980, they had established themselves in new premises, taken the blending operation back in house and were ready to plan for the future. 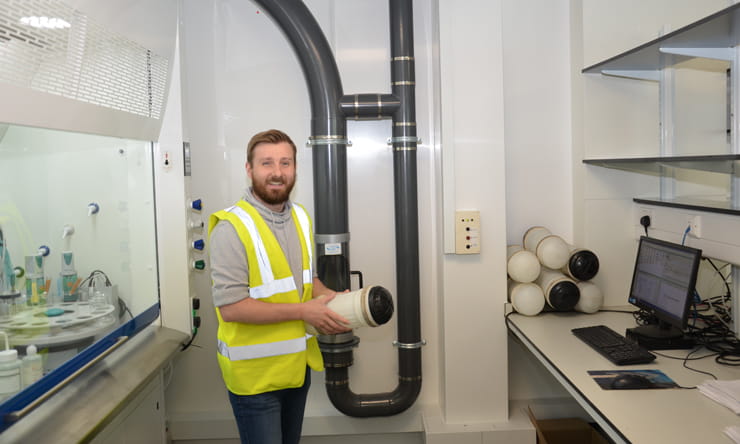 The owners decided to invest in motorcycle sport to help promote the Rock Oil name.

The first high profile involvement was with the Kawasaki Moto Cross team run by Alec Wright. Company Charman at the time, Charles Hewitt, spent most of his weekends at one race circuit or another establishing the Rock Oil brand in every discipline from road tracing to speedway. It paid off. Awareness of Rock Oil spread and the company started to attract business from overseas.

So much for history, for the present Rock oil have just finished a major revamp of their site in Warrington, Cheshire. This included the installation of a 40,000 litre interceptor tank for the drainage – essential for environmental safety to make sure than no oil from the works can enter the public sewage system. The building houses a state of the art laboratory run by chief chemist and custom Triumph Bonneville rider Martyn Waterhouse. 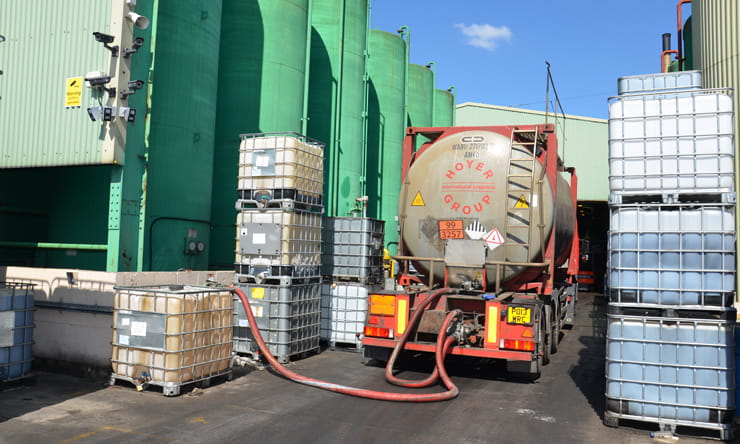 Every batch of raw material, base oils and additives alike, are tested in the lab. Every blended batch is also tested. A time saving vacuum tube system delivers oil samples from the blending plant direct to the lab. All told, they carry out around 20,000 tests a year on all types of lubricants.

As I started my eagerly awaited tour of the factory, we passed by a tanker waiting for the go ahead from the lab before the 40,000 litres of viscosity modifying additive could be pumped into a waiting storage tanks. At ambient temperature, Martyn explained to me, the additive is too thick to pump. It has to be heated in the tanker to around 80°C before it can be moved.

Typically, an oil will contain around 80 per cent base oil with the remaining 20 per cent being made up of additives. It is the additives that do the work while the base oil is the carrier. To ensure that they are able to keep up with demand, Rock Oil will store up to 1.5 million litres of base oils and additives on site at any one time, with tankers arriving daily to replenish supplies. 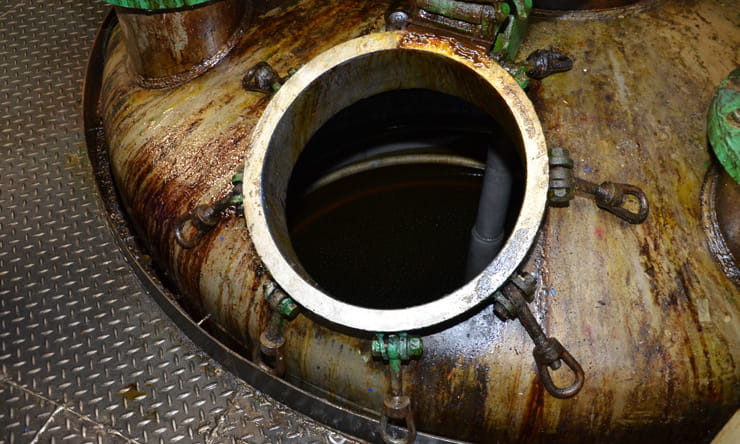 Inside the plant, the heart of the operation is the blending area. Each oil has its own recipe of base oils and additives. Additives control viscosity, enhance shear resistance (particularly important in motorcycle engines where the oil gets mashed between the teeth of the gearbox cogs), enable cleaning of combustion by- products, inhibit foaming, improve adherence to surfaces – it’s a long list.

Blending is done by weight. It cannot be done by volume as the volume of a liquid will increase as temperature rises and decrease as the temperature falls.

The blending tanks are filled from a mezzanine floor. It is skilled, precise work. The liquid components are costly – a single barrel of an additive can be worth up to £40,000. Once all the components have been added to the blending tank, the oil is mixed by giant paddles and by pumps which circulate the oil from the bottom of the tank to the top. 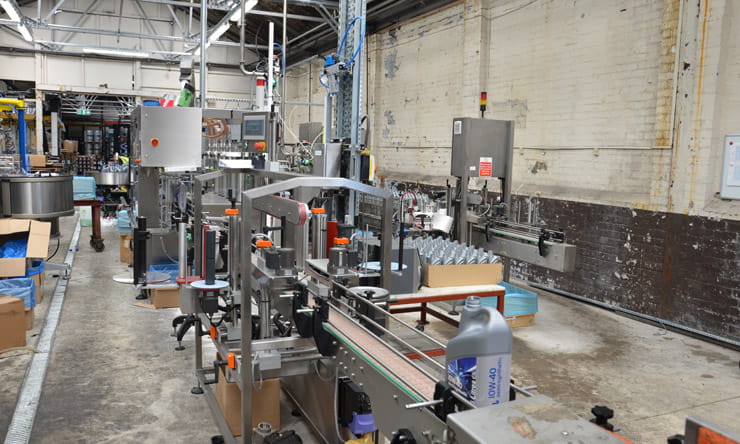 Little is wasted. The flushings, as the residue is called, goes to make up chainsaw blade oil, where the main quality required is anti-fling.

Samples of each batch are sent to the lab for Martyn and his team of chemists to check. The final stage takes place on the filling lines, where the oil is pumped into containers ranging in size from 1000 litres down to 1 litre. At the time of my visit, Rock Oil was  in the process of commissioning a new filling line for the smaller capacities which will improve the throughput of finished products.

It is part of the major overhaul of the premises which has been going on over the winter to make sure that the company is able to meet rising demand for its products. 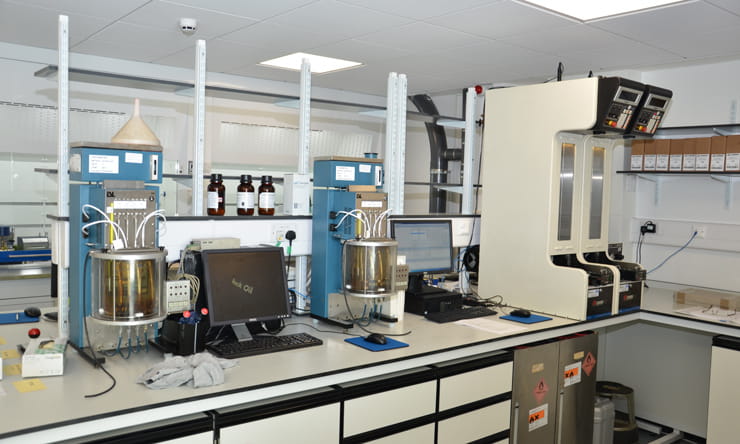 Recent falls in the value of the pound have driven up the cost of raw materials. “No base oils or additives are manufactured in the UK any more,” Greg Hewitt told me, “So we have to absorb that cost. On the other hand,” he continued, “Our labour costs are now lower by comparison so that gives us an advantage against imported oils.”

Motorcycles will continue to play a big part in Rock Oil as the company expands. They have extended their involvement with BSB until the end of the 2019 season. Days before I went to see them, they had just signed an agreement with the FIM World Trials Championship. They remain involved with motocross, notably through the Buildbase Honda MX team, run by British former world champion, Dave Thorpe.

“The one place where British manufacturing is least respected is in Britain itself,” Greg Hewitt remarked in our conversation,” But in all of the 70 countries we export to, the fact that out products are UK made is of great importance to our customers.”

They also get a lot of product credibility because of their involvement with motorcycles. “After all,” said Gregg Hewitt, “ There are few environments that will put an oil under more stress than a motorcycle engine.”

Everywhere I go following up stories on the British Motorcycle industry, I meet amazing passion and commitment. Rock oil was no exception. Great products produced in the UK by 80 UK residents at competitive prices. Why would you want to buy an imported oil? 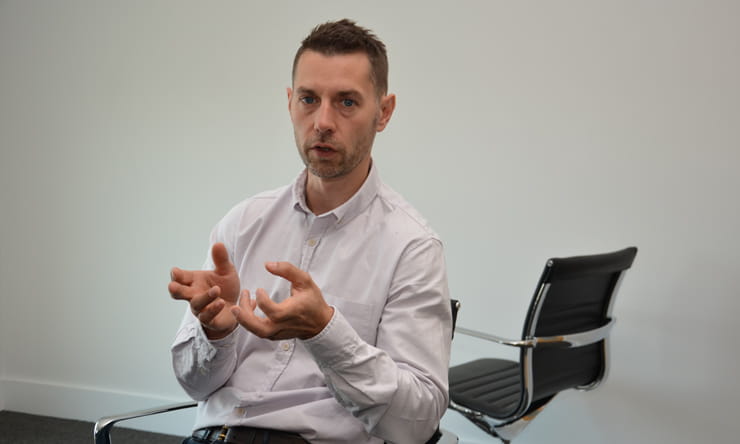