Inside the British Motorcycle Industry: Skidmarx 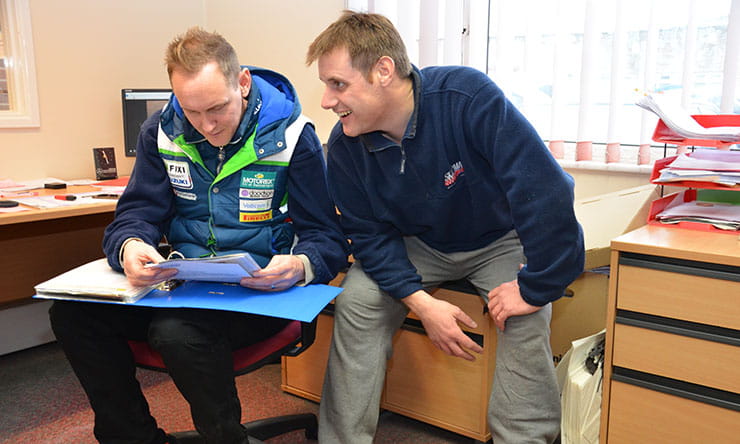 A useful test of the future of any industry is the number of younger people it attracts as business owners. Not everyone wants to be a celebrity, blogger or a media whatever and, aged 32 and 38 respectively, Ian Merril (right) and Matt Dench (left) took a brave step into the future when they bought Skidmarx from owner and founder Alan Roberts a few months ago.

They signed the deal at the end of September 2016 and I went to visit them a couple of months later to see how it was going and to get the inside story on the UK's biggest manufacturer of motorcycle screens, all of which are made in the company's Weymouth factory.

I found two guys well practised in all the manufacturing processes involved and full of enthusiasm for the future of their newly acquired firm.

"It's a good business," says Matt, "but it needs waking up. Even Alan [the founder] agrees with that."

Sales are strong but they are only at the start of developing their on-line presence through the web and social media.

As well as screens, they also sell fibreglass fairings, which are made a few miles away in another factory in Dorchester.

I can personally vouch for the durability of their kit. I used my 2008 Suzuki GSXR 750 on track days for five years. It doubled as my daily transport so I changed the bodywork for a Skidmarx set before each outing and swapped it all back again afterwards. The bodywork and screen survived two crashes, constant fitting and removal, and I still sold it for a hundred quid when I decided to use another bike for the track. Robust.

I used a Skidmarx screen on a Kawasaki ZZR600 that I rebuilt from a £50 pile of rust and was pleased with the fit, the finish and the price. I'll also be using one of their screens on the Ducati 996 which I am refurbishing at the moment as well.

Both Ian and Matt have worked their way through the business, doing every job that there is. Ian joined straight from school and has worked there for 16 years. Matt has been with the firm for 12 years. As well as guiding the commercial future of Skidmarx, both men remain very much hands on in the day to day business of designing new screens and making existing screens to fill customer orders.

Ian has long been responsible for the making of moulds for fresh designs. Dealers will often lend them new models for development work. Customers will also sometimes bring them bikes to ask for taller screens or double bubble screens for sportsbikes, allowing their machines to be used for prototyping. Using these sources of bikes, Skidmarx are constantly developing new products to keep up with the market.

Like everybody else I have spoken to in this series, Ian and Matt have seen a shift towards demand for adventure bikes and naked bikes, although they still cater for the sportsbike market. The demand in that area may be shrinking but it will always be there.

I followed Matt through the process of making a screen from scratch, beginning with a sheet of 3mm thick clear cast acrylic which he cuts to approximate size on a bench saw. He draws round a template onto the cut acrylic to get the detailed shape which he then cuts out on a band saw. The cuts are all made freehand. The speed and accuracy that practice brings are amazing to watch.

The blank is hung in an oven which is kept at a temperature of 200ºC. It’s left there for a few minutes until it is highly pliable. With gloves on, matt whips the blank out and positions it on the lower half of a two-piece mould. Working quickly while the acrylic is still pliable, he fits the top half of the mould and clamps it down to form the final shape.

Matt takes another template which he uses to mark out the finished dimensions of the screen and fixing holes. Again I am astonished by the speed and accuracy of the final cutting on the band saw. The edges are finished on a linisher, the mounting holes drilled and finally, the screen is buffed on a polishing wheel.

There is little waste. The off cuts of cast acrylic are used to make acrylic paint.

Some screens are blown rather than moulded. The heated acrylic sheet is placed on a frame which has air inlets on the underside. Air is fed into the frame, forcing the acrylic sheet into a domed shape. Each blown section makes two screens. The one I was shown was for the original slab-sided GSX-R750 – a nostalgic moment for me as I raced one of those in a Bemsee endurance championship way back in 1987 with my riding partner Chris Dabbs (we finished third). Once the basic form is blown, the marking, trimming and finishing is done as already described for the other screens.

As well as catering for just about any modern bike you care to name, supplying taller screens, double bubble screens and fairings and so on, Skidmarx have moulds going back 30 years and more. In the store room I saw fairing sections for early Honda VFR750s, among others. Out in the main work area, there were even moulds for a Manx Norton tank and seat.

Mould maker Ian told me “We have over 3,000 moulds stored and we are adding to it all the time.”

It’s worth bearing in mind if you have an older bike that you need a screen or fairing for. It’s quite possible that Skidmarx will be able to help.

The firm has been involved in racing from the beginning. At the TT they were early pioneers of double bubble screens, helping riders to maintain good forward vision without sacrificing wind protection. In 2008 they even made a triple bubble version for the Padgett's Honda Fireblade campaigned by TT legend John McGuinness. He won the Senior that year at an average speed of 127.186mph.

The TT is a good place to develop components. If it can stand the hammering it gets over the IoM course, it will stand just about anything.

Ian and Matt’s enthusiasm is infectious. The attention to details and the hand skills employed in the manufacturing processes at their Weymouth factory are a delight to see. They have a stack of ideas for developing the business. We at BikeSocial wish them the very best of luck.

Not that they are likely to need it. 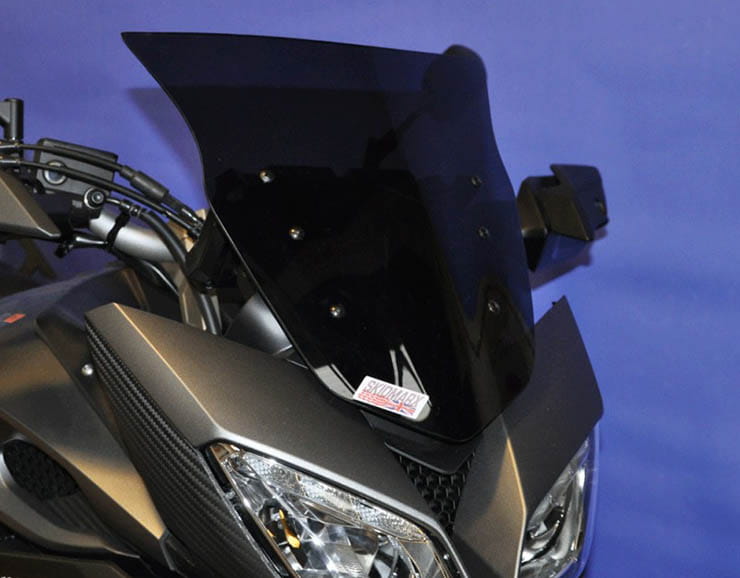