Inside the British Motorcycle Industry: Silkolene 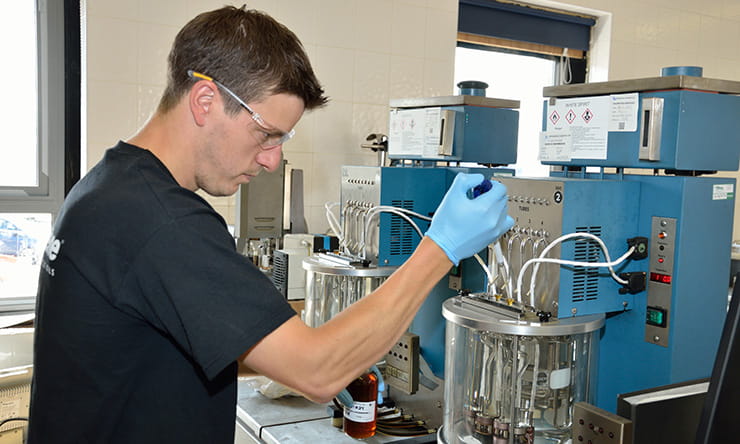 Half of the motorcycle oil sold in the UK is produced in Stoke-on-Trent by Silkolene.

The company was founded in 1908 by the Dalton family in Belper, Derbyshire to supply the agricultural and transport industries, where mechanical devices were rapidly replacing horses. They moved into the expanding car and motorcycle market, becoming involved in racing along the way. During World War II they produced military and aviation oils. Since 1996, Silkolene has been owned by German lubricant giant Fuchs, the largest independent, family-owned lubricant manufacturer in the world. They make lubricants for all uses, from greasing steel ropes on cable cars to petroleum jelly (think Vaseline) for the pharmaceutical trade.

The UK keeps firm control over the motorcycle section of the business with a programme of intensive research and development, during which they test products from other manufacturers as severely as they test their own oils.

They sell exclusively through motorcycle dealers through a nationwide network of distributors. They do not do direct sales and you won't find Silkolene lubricants in Halfords or Sainsburys.

"Everyone in the UK sales operation is a motorcyclist and we support the trade at the grass roots," says Global Sales Manager, Joost Van Genderen (pictured left with Production Manager David Rathband). “Our dealers have no fear of being undercut. Motorcyclists are an unusual bunch," he continues, "And the only way you'll properly understand them is if you are a motorcyclist yourself."

As if to prove the point, Northern Sales Manager, Norman Burgess, wanders into the office where Joost and I are talking. We stroll out to buy sandwiches and talk racing. Norman is a TT winner in sidecars and raced until injury ended his career in 1989.

The Silkolene factory covers several acres. It took two hours to tour the production facilities, and the test and research laboratories in the company of Production Manager David Rathband. 250 people are employed at the Stoke-on-Trent site, with another 76 on permanent secondment to specialised industries where the presence of a lubricant technician is required at all times.

The various base oils required for manufacture arrive in tankers and each batch is tested before it is pumped into the storage tanks. If there is any contamination present, the entire tanker load is rejected.

Each oil has a specific recipe made up of many components. Additives are included alongside the base oil to tailor each oil to its specific purpose. The blending is controlled by a Siemens computer system, installed seven years ago at a cost of over £1m. A labyrinth of pipes make up the mechanical side of the blending system. Housed in a large space, which smells deliciously of fresh oil, the workers call it “The Organ.”

Downstairs from The Organ are areas for filling and storage. Silkolene oils are put into containers from 1000 litres in capacity right down to half litre packs. At the moment, they are pioneering a new form of oil packaging called The Lube Cube.

Think wine box. The oil is pumped into a strong plastic bag. A tap is fitted and the bag of oil is placed in a cardboard container. The process uses far less plastic than conventional packaging. The shape makes the cubes easier to store and all the materials are 98% recyclable. At the moment they are concentrating on 20 litre packs but they are about to start testing fourlitre packs so you could be buying your oil in an eco-friendly package in the near future.

Silkolene produce every lubricant and fluid you need for a motorcycle: engine oil, fork and shock absorber oil, brake fluid, coolant, cleaners, chain lube and even wax polish. They also produce a range of oils for vintage and classic motorcycles, where the requirements differ from modern engines and transmissions.

I’ve been using Silkolene fluids in my bikes for as long as I can remember. Their oils and fluids are competitively priced and worth every penny. I also like to buy UK made stuff whenever possible. Cheap oils may have a temporary benefit on your health of your wallet, but they will shorten the life of your engine. All Silkolene engine oils meet the stringent Japanese JASO MA2 standard, the toughest in the world. The significant thing here is that if an oil is not JASO rated, it has not been tested on engines with wet clutches. As 99% of motorcycle engines have wet clutches, it is a significant consideration.

Many teams in MotoGP use Silkolene oils, even if they have another oil company’s name on the fairing, says Joost. The reason is money. “A well known oil company comes along with a huge pile of cash and asks ‘how much do you want to put our name on your bike?’. We are not able to compete with that sort of thing, and we do not necessarily want to, but a lot of teams use our oil anyway.”

Away from MotoGP, they sponsor Britsh superbike teams Be Wiser Ducati, Smiths Racing and Bournemouth Kawasaki. They are also involved in world superbikes, road racing, motocross and speedway.

Silkolene have just spent two and a half years developing a new range of additives named XP – all the work of the in-house chemists at Stoke – which are aimed at further reducing friction, thereby increasing engine economy, reducing oil consumption and giving a modest increase in power.

Exactly how various types of oil differ is a subject Bike Social will be covering in the future. It’s a huge subject. For now, if you want to know what grade of oil to use in your particular bike, www.silkolene.com has a product selector covering every motorcycle you can think of.

It’s quality lube. It’s developed and made in the UK. Could you ask for more? 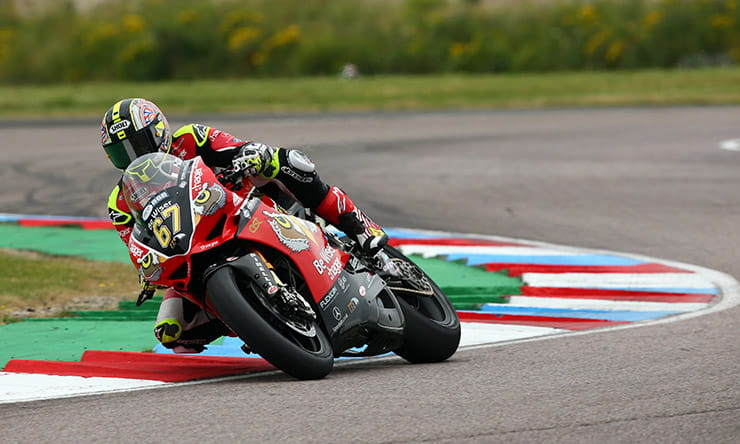