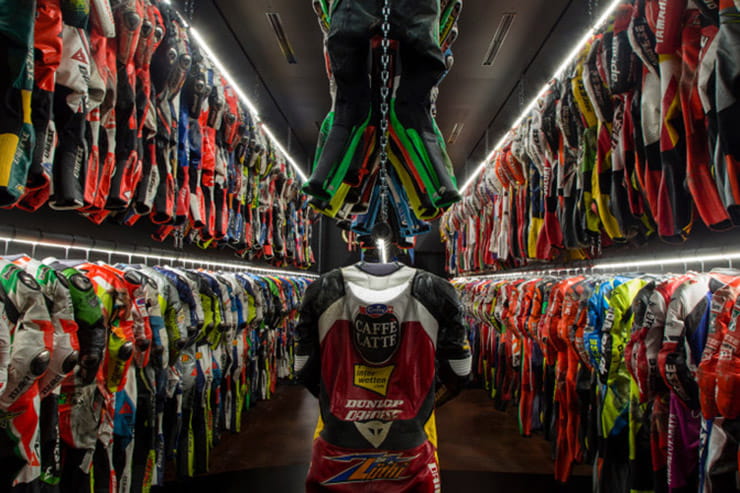 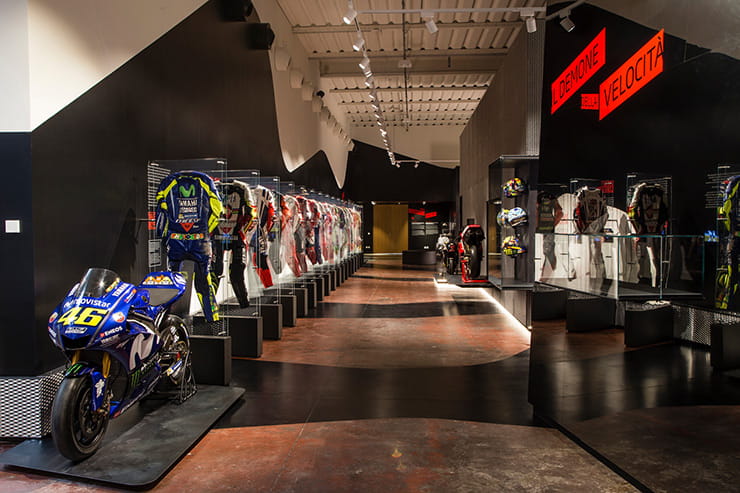 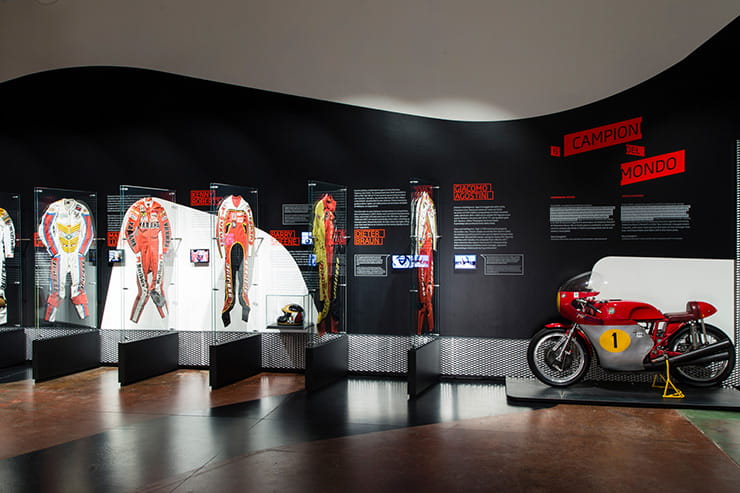 With 46 years worth of history and experience, Dainese, one of the world’s leaders in manufacturing sports safety apparel are set to open the doors on its history with a museum located directly opposite its headquarters on the outskirts of Vicenza in northern Italy.

Opening to the public at the end of July, the DAR (Dainese ARchivio) is set in 900m2 containing interactive exhibits, 20 themed sections and more than 500 suits (from the 1200 that are in Dainese’s possession) from the great Dainese-supported riders since 1972 including Valentino Rossi, Giacomo Agostini, Barry Sheene, Marco Simoncelli, Kenny Roberts, Nicky Hayden, Max Biaggi, Carl Fogarty, Kevin Schwantz, Eddie Lawson, Freddie Spencer, Guy Martin and more.

VIDEO: Inside the Dainese ARchive

If you walked into a room filled with 500+ suits worn and crashed by some of the greatest racers of the past four decades you’d expect there to be a particular musky man-smell but in the Dainese museum the waft of new leather nestles in your nostrils while your eyes flick about trying to place each iconic set of race wear with particular bike and year… fumbling in the back of your memory as your attempt to recall the particular crash that caused that scuff or that tear. It’s a shining testament to the quality of the manufacturing though. Even Rossi paid homage during the accompanying press conference, “I don’t like falling from my motorbike but thankfully Dainese have saved many of my bones and plenty of skin too!”

He continued, “When I was watching racing as a kid, all the best riders wore Dainese so when I wanted to race it was the suit that I wanted too. It’s now been 20 years and a great relationship.”

“Many years ago these suits were very forward-thinking. They were maybe 10 years ahead, I loved it. I knew I’d be safe. Dainese had been working on the airbag for several years but I was sceptical. Putting air into an altered suit was very strange to me at the time but now it is so important.” 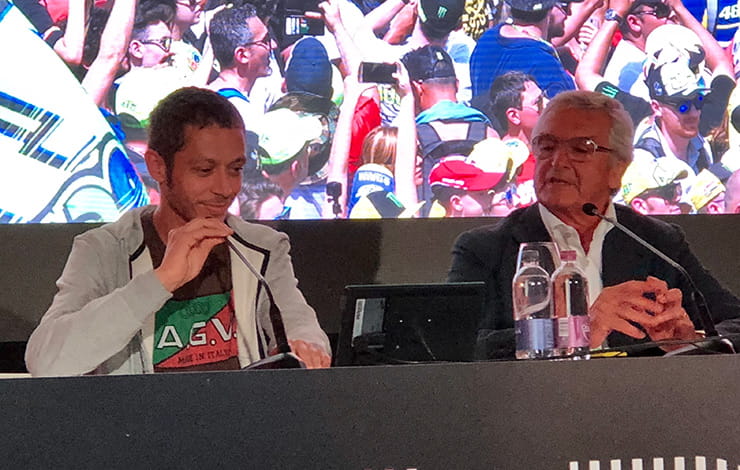 The archive features the story into how Dainese began and why as well as areas dedicated to the AGV helmet brand it bought in 2007, the Isle of Man TT, Dakar rally plus innovations created by the Italian brand such as back protectors that were developed and patented in 1979, knee sliders courtesy of Kenny Roberts’ riding style in the early 80s and, of course, the D-air bag.

Founder of the company, Lino Dainese, says, “DAR is not a museum, it is the evolving archive of a company that looks to the future.”

…and the final part of the journey around the DAR features a glimpse into the firm’s Research and Development with the evolution of D-air being used for children’s car seats, safety jackets for minors or scaffolders plus those recuperating from physical injury or epilepsy sufferers. Then the space project being developed with MIT (Massachusetts Institute of Technology) for NASA known as “mobility of the future”, says CEO D-air LAB, Vittoria Cafaggi. 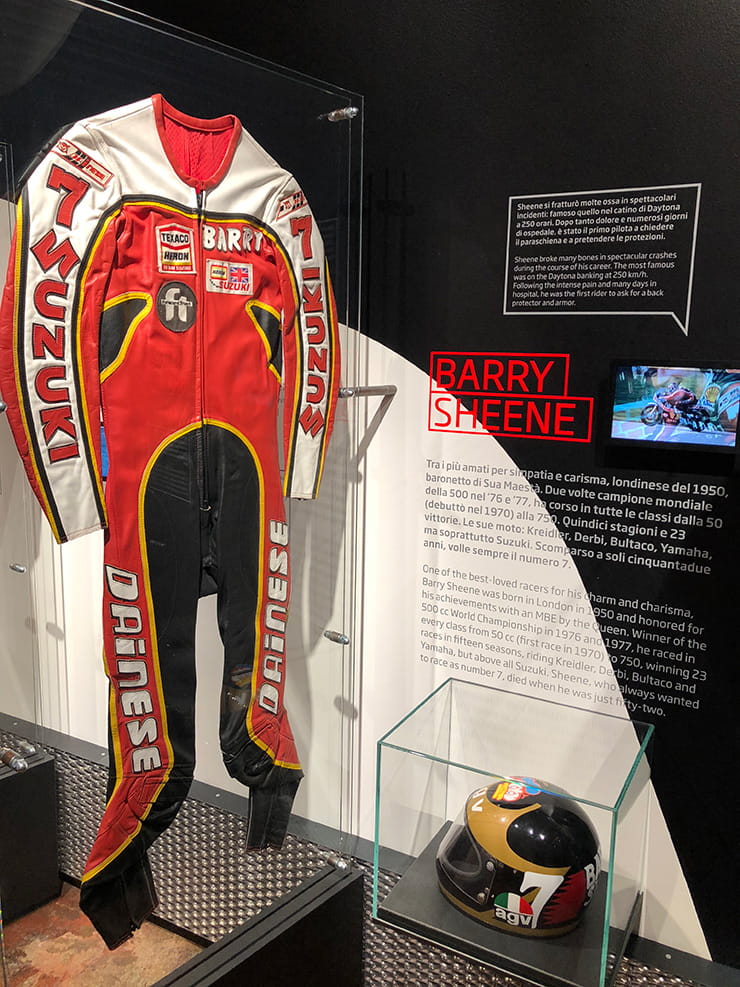 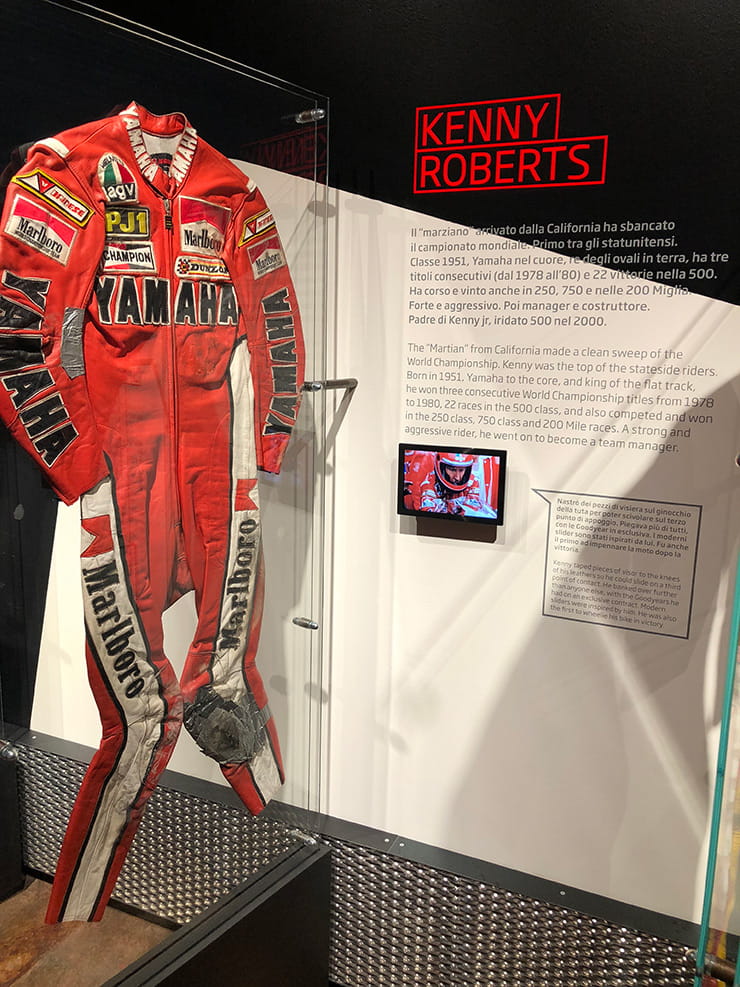 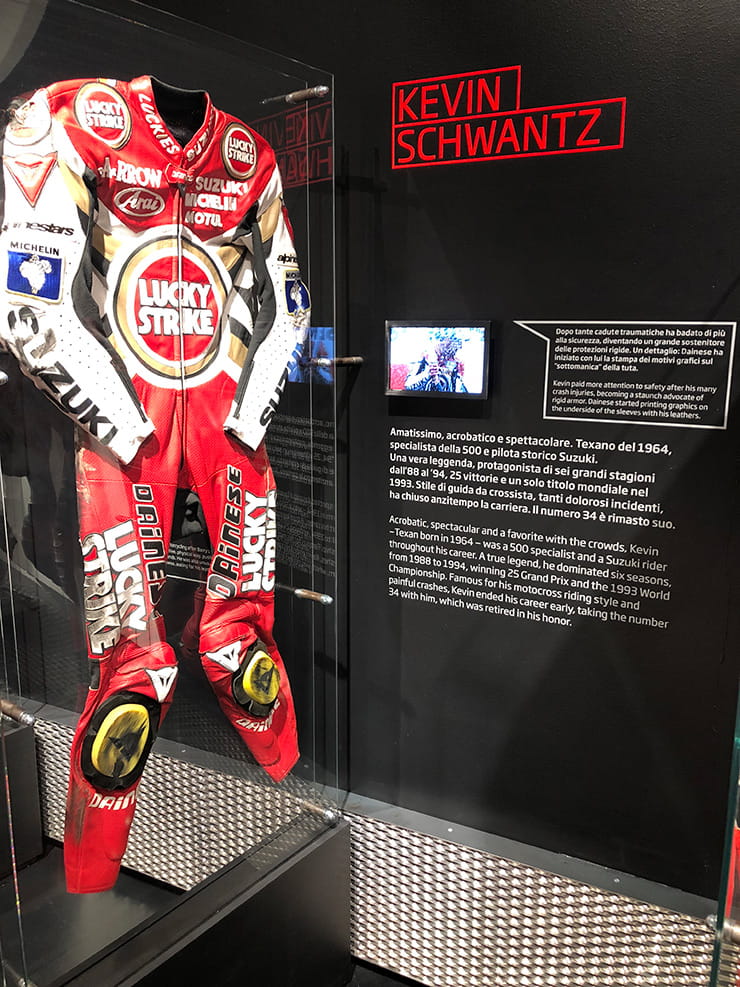 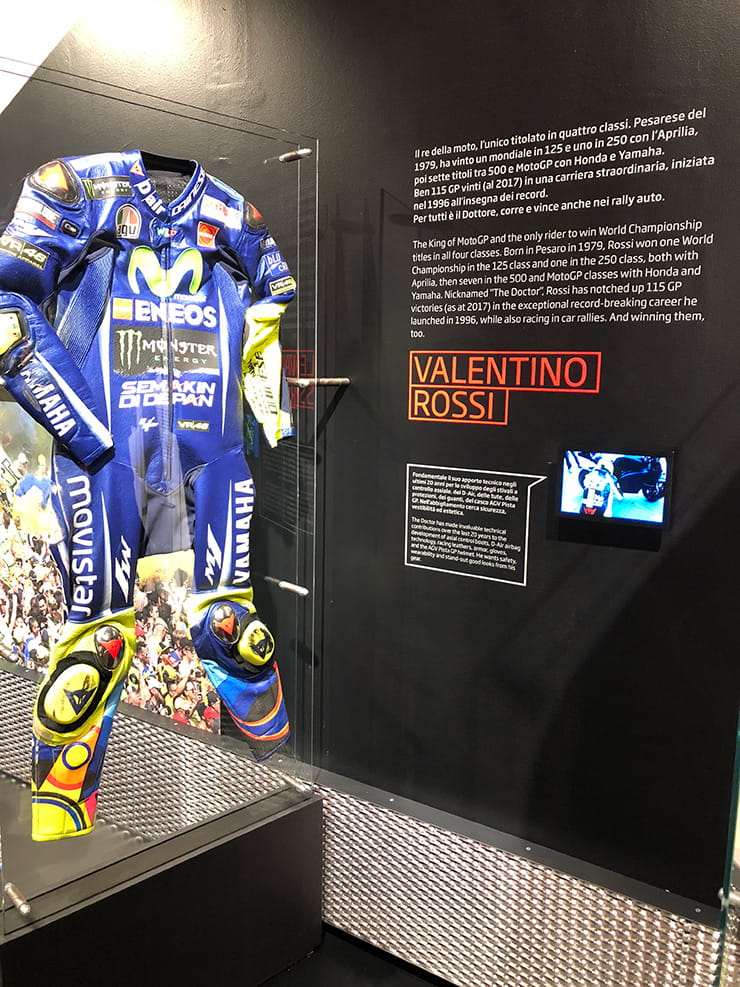