Anyone who is anyone in the alternative genre and fashion of ‘Yard Built’ specials descended on the fashionable resort of Biarritz, France for third running of the ‘Wheels and Waves’ festival hosted by the Southsiders Motorcycle Club. Under the blazing sun, the Atlantic Ocean provided the surf for those whose passion is riding the waves, while the superb twisty roads of the Basque region in France and Spain provided the medium for two-wheeled fun. 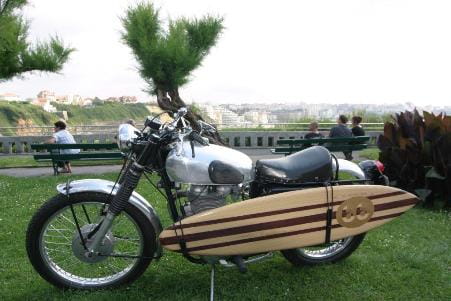 Given the content and interest from riders from all over Europe, (estimated to be over double last year’s visitors), the extra day was certainly needed to pack in all the various diverse activities on offer.  Based at the lighthouse just up the road from Napoleons’ old house, on the outskirts of town, the event included a new site called “studio denim”, in old army tents where heritage clothing brands displayed their wares.

Mainstream brands like Yamaha, BMW and Indian joined the many well-known custom builders exhibiting in the two main areas of the grounds. Yamaha actually chose the event to publically debut their ever increasing range of ‘Yard Built’ specials from the likes of Gibbonslap, Deus Ex Machina, Roland Sands and BSR from Japan. 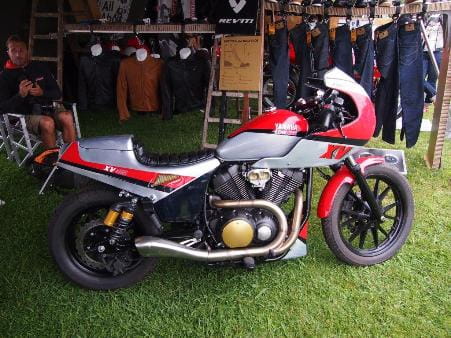 In just a few years the clever blend vintage style from the world of biking, surfing, art and music, has made the event one of the most anticipated events in the custom motorcycling scene. Those heavily into the whole fashion culture mixed readily with the chic local residents who visited to see why the whole town was awash with some interesting and it has to be said, often loud motorcycles.

The main ‘village’ complete with food stalls and ‘beach bar’ located at the bottom of the Biarritz lighthouse may have been the main meeting point, but there was far more going on than just corporate displays. One of the new activities introduced being an amateur surf contest which attracted the VW Kombi brigade who normally have the area to themselves for most of the year.

An art festival set in an old garage in the centre of town on Thursday night saw displays on the suitably distressed walls of photographic images and art from the likes of Nicholas Coleman, Horst Friederichs and Conrad Leach as well as Lost and Found from the world of surfing. 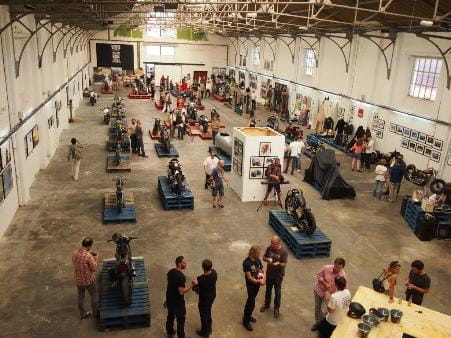 In addition there were exhibits from Lewis Leathers and many bikes on display including the two record breaking BMW bikes of Ernest Henne displayed by the factory, along with a photographic tribute to the man’s achievements.

Friday saw riders leave in groups for a ride up into the Basque mountains to the top of the Jaizkibel summit for a BBQ prior to the start of the ‘Punks Peak’ race on the closed road courtesy of the local police. The Health and Safety brigade in the UK would have not approved as riders riding in anything from open face helmets and jeans pitted bikes two by two against each other in the knockout contest watched by spectators hanging over the wire fence. Street racing as it used to be and its purest form and better for it! 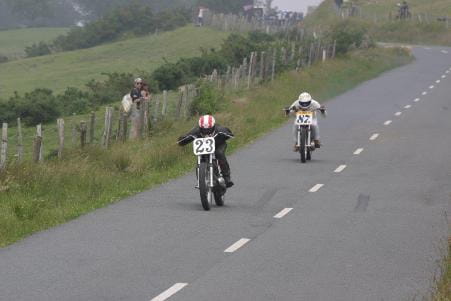 Saturday saw riders taking the option of riding a either a 120km or 250km route through some of the most spectacular mountain scenery on the borders or just chilling out at the Lighthouse. Certainly there was never a dull moment as bikes came and went; either stunning creations or some real budget specials, or just plain factory machines. Nobody seemed bothered whatever the bike was, or for that matter which American car classic arrived, the atmosphere was chilled with a capital C! 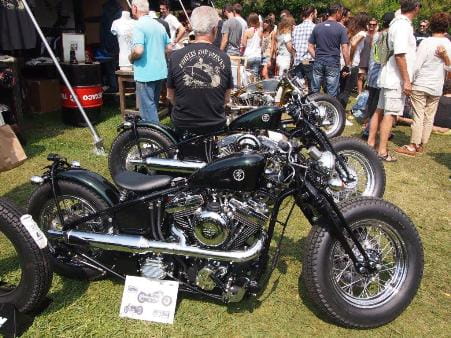 Another night of live music and partying ended the day, leaving Sunday as just a clear up for those still staying in the area, although most of the riders seemed to be heading home given the streams of bikes heading out of town.

Certainly there is no doubt that Wheels and Waves is an event that has captured the imagination of riders all over Europe including the UK, being something of a moving version of the increasingly popular Bike Shed event in London. It has now attracted commercial support, but as result has outgrown its Lighthouse base and will have to realistically move for next year.

Let’s hope if it does that it continues to maintain the grass roots appeal that it started with and appeals to riders of all types of bike. But, as it stands it is an event not be missed and should be high on the discerning riders ‘Bucket list’! 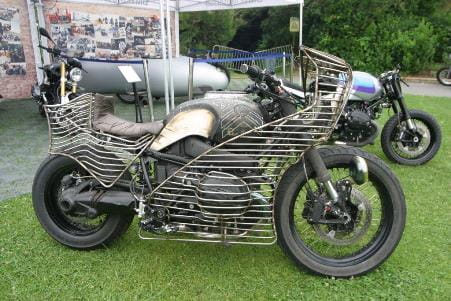 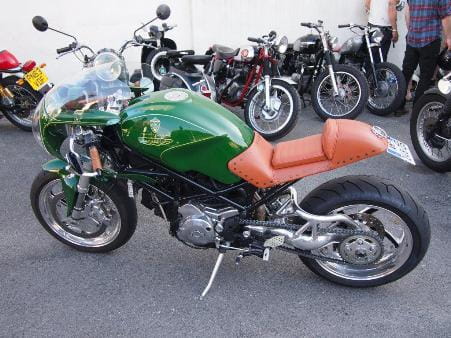 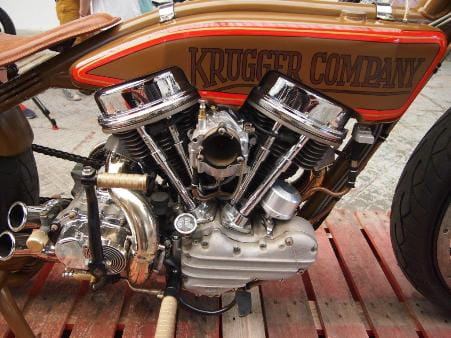 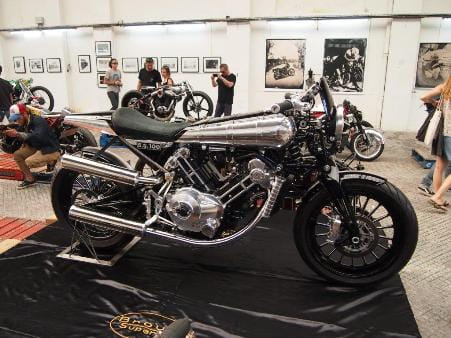 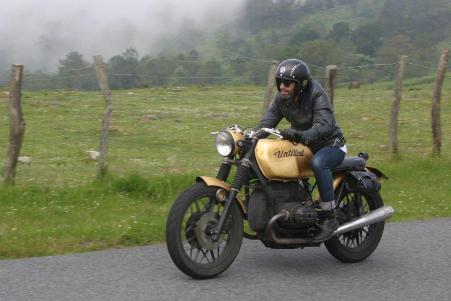 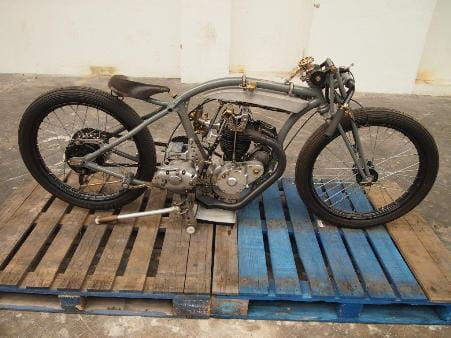