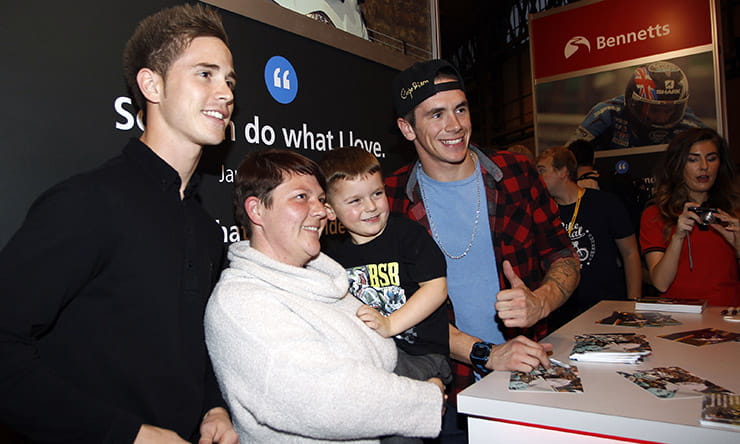 It’s showtime again! The UK’s bike industry is getting ready to show off what they’ve got at Britain’s biggest bike show, Motorcycle Live. It kicks off this Saturday, 19th November and will run for nine days through ‘til Sunday 27th November.

Last week in Milan the leading manufacturers lifted the lid on dozens of new models for 2017, so there's plenty of new metal to cast your eyes on for the very first time, on top of all the end of year bargains, all of your favourite racing stars, motorcycles roaring to life and all the other entertainment!

Here are our top 10 things not to miss:

Throughout the duration of the show there will be plenty of chances for you to meet your favourite racing stars. Riders like Danny Kent, Scott Redding, John McGuinness, Jonathan Rea, Tom Sykes and many more are set to be in attendance with daily autograph sessions advertised during the show. In addition, four-time world superbike champ Carl Fogarty will also be on the Triumph stand (hall 2, stand 2D20) on Tuesday 22nd November, giving visitors a chance to meet the most successful superbike racer of all time.

Racer-turned-commentator James Whitham takes to the Black Horse Stage supported by BikeSocial this year to grill a whole host of MotoGP, world superbike, British superbike and TT stars on the 2016 season, giving a fascinating insight into the highs and lows of life as a professional racer. Got a burning question then tweet to #ASKWHITHAM!

Watch a Katana being built

Following its successful show-long classic builds of a TL1000S and, last year, an original GSX-R750, Suzuki is once again building one of its classic models on its stand through the duration of the show as backed by Suzuki’s Vintage Parts Programme. This year-the team will assemble the GSX1100SD Katana it will campaign in next year’s Endurance Legends four-hour race at Donington Park next May.

Think you’ve got what it takes to beat the professionals at their own game? This is your chance. Climb aboard a virtual MotoGP machine and go head-to-head with a racing star to be in with a chance of winning great prizes courtesy of Black Horse. Every day at 11.30 in the Eurosport Entertainment Zone, featuring the Black Horse Stage.

Check out the UK's best customs

Custom Xtreme, as supported by Back Street Heroes magazine, is Motorcycle Live’s custom-building feature which includes some of the best custom bikes in the country in addition to not only all three of BSH’s own project bikes but also a selection of some of the magazine’s cover bikes this year. It’s in Hall 4, check it out. 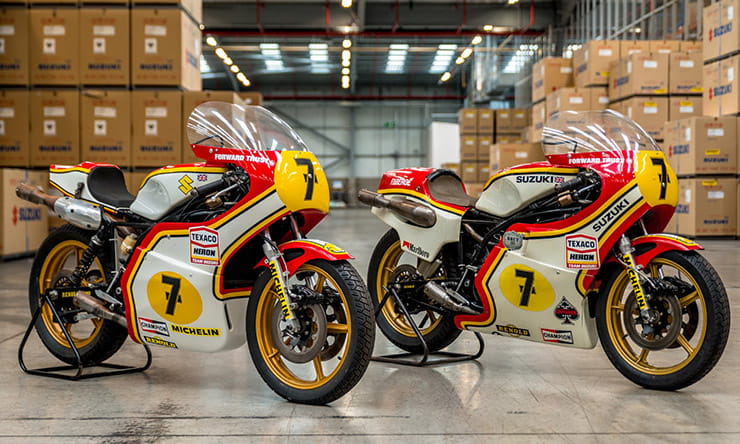 The Isle of Man TT has it’s own dedicated stand (in Hall 3a) at Motorcycle Live and Sunday 20th, the last day of the show, has been nominated as ‘Classic TT Day’ when the likes of John McGuinness, Michael Dunlop, Ian Hutchinson, Conor Cummins, Bruce Anstey and more will all be present sharing their personal insights into racing around the TT Mountain Course.

Suzuki are also celebrating the 40th anniversary of Barry Sheene’s maiden world title by showcasing an extensive collection of Sheene memorabilia at Motorcycle Live, including his championship-winning bikes and FIM winners’ medals. Seven of Sheene’s race bikes will be on display, including the two XR14s that took him to world championship glory in 1976 and 1977. In addition, Sheene’s two FIM world championship medals will make a rare public appearance, alongside seven sets of leathers and two helmets.

Literally dozens of different bikes are available for test ride at Motorcycle Live.  In addition to the familiar test ride zones, featuring bikes from Honda, KTM, Suzuki, Yamaha and more, there’s also Harley’s ‘Jumpstart’ rolling road experience; BMW’s GS Trophy Experience; Yamaha’s ‘MT Tour’ plus, for the first time, an all-new ‘Experience Adventure’ zone where showgoers get the chance to try the latest adventure bikes from Ducati, Honda, KTM and Triumph. Go on, you know you want to!

Freestyle motocross makes a return to Motorcycle Live this year – and now it’s free! Presented by the organisers of the ultra-awesome Arenacross Tour, riders from across the globe are set to perform 24 shows of intensely choreographed action. It’s all situated in the NEC’s FMX Live Arena in Hall 4, with 2000 seats per show available with no additional charge.

Stunt rider extraordinaire and Team Green Ambassador, Lee Bowers, will be back at the show and performing throughout the week in his very own stunt arena in Hall 2. Voted ‘Best Manufacturer Experience of 2015’ by visitors, Lee has promised that even more features will be added to make it even more impressive, with free runner Neil Hudson and British Champion Trials Rider Andrei Burton joining him to showcase their unique skills.

Head over to www.motorcyclelive.co.uk to buy your tickets and don’t forget to drop by the Bennetts stand (Hall 3, stand 3B10) to see some of the most desirable machines at the show, signings from motorsport’s biggest stars and receive an insurance quote from one of our specialist advisers. What’s more, they will be giving away a free cup of coffee to all current Bennetts policyholders throughout the show.
Recommended Articles