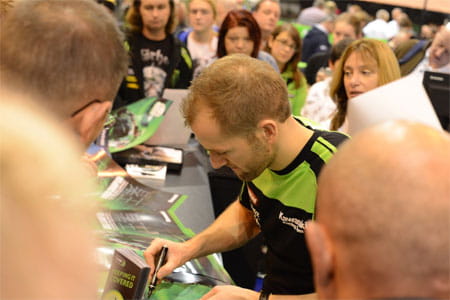 Not only is Motorcycle Live the first opportunity for you to cast your eyes on manufacturers’ offerings for 2014, it also gives you chance to rub shoulders with your racing heroes, purchase all a biker needs at those end of season show prices and in all, have a good day out.

After two days at the show, we’ve compiled a list of ten must see things if you’re heading to the show, which doesn’t finish until Sunday so there’s plenty of time! We’ve tried to be a little different in including a couple of alternative things to do and our ten suggestions could easily fit in with the rest of your day.

Already advertised as a highlight of the show, the “Behind Bars” movie delves into the lives of eight professional motorcycle racers from a spectrum of championships and types of racing.  The film shows it how it is, how the life of a racer is hard work and no corners are cut. A genuine insight into the lives of Scott Redding, Cal Crutchlow, Tom Sykes, Alex Lowes, Shane Byrne, John McGuinness, Tommy Searle and Tai Woffinden, Behind Bars is a must-see if you’re visiting the show.

There are multiple showings each day at the cinema found in Hall 4. 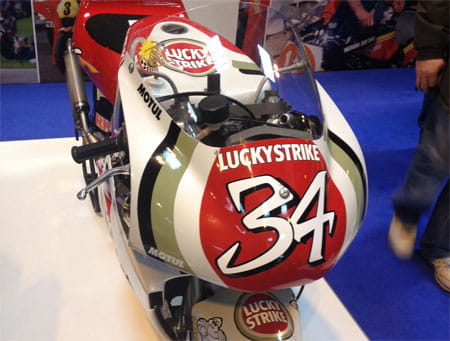 Suzuki take up quite a bit of space at this year’s Motorcycle Live and we certainly aren’t complaining. They’re treating fans to the sights and sounds of five classic Suzuki’s from the last half century, as they start up machines such as Barry Sheene’s 1975 RG500, Kevin Schwantz’s RGV500, the TR50 ridden by Dick Sullivan and Dave Goddard and John Reynold’s BSB title winning GSX-R1000 K4. Even if you don’t make it to the stand in time to hear the bikes started up, it’s worth a visit just to take in the beauty of some of motorcycle racing’s finest history. Did we mention there’s free tea and coffee at Suzuki?

If like us, you’ve already managed to catch a glimpse of the 2014 model ranges and fancy something a little different why not head over to the WK Bikes stand? A lot of people might scoff at the thought of a Chinese import but they’re actually quite stylish and when you look at the price tags you have to think twice. Take their 650i, for just £4199 you get an awful lot of bike for your money and that price simply trounces their more traditional competitors. Worried about reliability? They also offer a two year parts and labour warranty… Of course, you probably won’t believe us – so go have a look for yourself and make your own mind up. 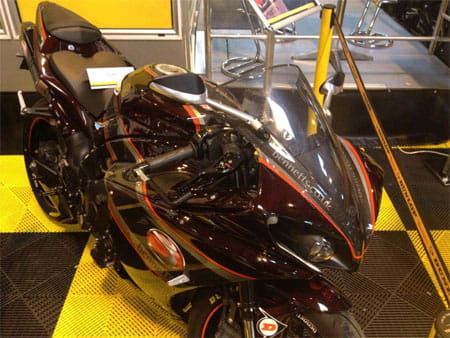 We know we talk about the Bennetts R1 quite a lot, but we’re often told by people they didn’t realise what a work of art it is until they got up close. The intricate carbon paintwork by Altamura concept is a hit with all, so go check it out at the Dunlop stand!

The Year of the Nakeds

As you’ll probably know, naked bikes are in for 2014 with KTM, Kawasaki, BMW and Ducati having all released high-power naked machines in their 2014 model range. Each man has a different opinion on which is the best, so we implore you to go and check them out for yourself. Looks wise, we think it’s between the Ducati Monster 1200 S and BMW’s S 1000 R but the sheer insanity of the 180bhp KTM Superduke 1290 R and innovative design of Kawasaki’s Z1000 throw the situation somewhat…

Make sure you take a visit over to the Isle of Man TT stand, housed within the Isle of Man TT Paddock Experience marquee. Not only can you get your hands on some brilliant TT merchandise but you can also take a look at some of the incredible machines to take on the Isle of Man TT over the years. The TT trophies are also there for you to get a pic with and don’t forget to check out the Classic TT stand too! 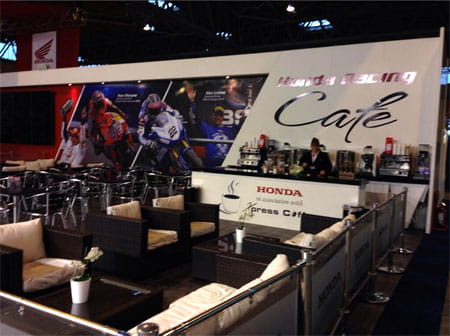 It’s worth checking out the Honda stand, complete with “Honda Racing Cafe” in association with Xpress Coffee. Sip a coffee in style alongside your Honda racing heroes overlooking incredible race machinery such as Marc Marquez’ Grand Prix championship winning RC213V and the winning Fireblades of John McGuinness and Alex Lowes.

The side shows at Motorcycle Live have always been fantastic and with them being free for the last few years, this makes them even better. This year at Motorcycle Live you can witness the live action show which is Crank’d. Taking homegrown superstars from BMX, Mountain Bikes Trails, Motorcycle Trials and road bike stunt riding and chucks them onto a bespoke indoor playground comprising of dirt ramps, jump boxes, high jumps and flatland sections. It’s certainly action packed and there are a number of shows throughout the day so make sure you get to one!

It’s always worth checking out what’s on at the main stage when at Motorcycle Live, if not for anything else but the pure hilarity that is James Whitham. Throughout the week you can catch the likes of Whitham, Parrish, Moody and Ryder interviewing racing stars, dragging punters on stage for game shows and much more. If you can get sat down it’s a great way to rest your legs after a long walk around the stands. 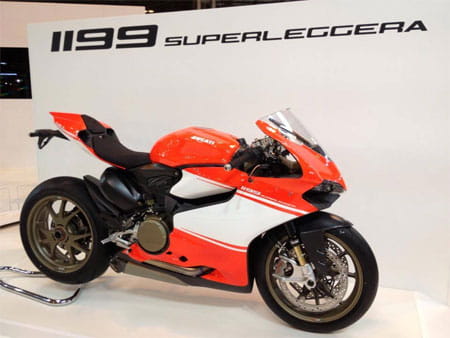 If you’re into beautiful looking motorbikes, the 1199 Superleggera is a must see. Chances are, it could be your only chance to catch a glimpse of one of the most stylish bikes ever produced and they’ve even got one stripped down purely for you to gawp at. Yes, it’ll depress you that you’ll probably never get your hands on one and yes the price tag is perhaps a bit excessive not to mention the limited production run, but you just have to treat your eyes for a couple of minutes. It’s really worth it, we promise.

Motorcycle Live runs at the NEC Birmingham until Sunday 1st December with tickets available on the door.