Classics galore at the Telford Show 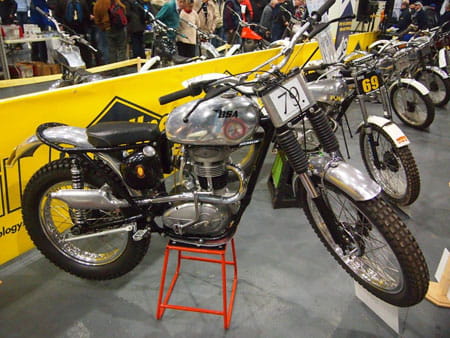 Now firmly established in its new modern home at Telford, the Classic Off-Road and Road racing Show is gathering momentum. Now filling three halls at the Telford International Centre, as well as taking up half of the car park with the auto jumble, the event has become a must visit each February for classic sports fans.

Last weekend saw tens of thousands of enthusiasts flock to see more than 500 machines on display from all branches of two-wheel sport. Spread throughout the well-lit halls were road race, trials, grass track, speedway and motocross machines from the 1930s to the early ‘Noughties’, including many famous factory machines in their original condition. As ever there were ‘Best of Show’ trophies for the best road racer, classic scrambles, twinshock motocross, trials and best grass track/speedway machinery for those that had been restored. 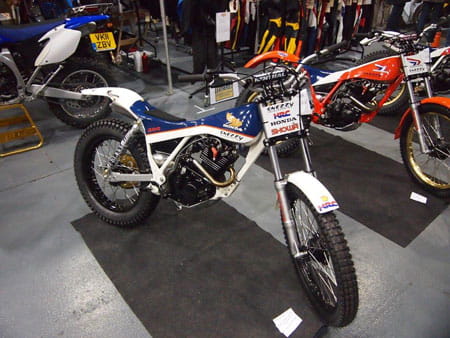 For classic enthusiasts looking for parts to complete rebuilds, various firms, shops and dealers were on hand with services, components, equipment and period clothing to complete the effect. And, for those enthused by the various displays, there were plenty of restored bikes on sale, as well as a few projects for thoselong evenings and weekends…

Each year the show has themed displays, and this year was no exception with one on famous German marque Maico. Bikes on showranged from 1962 through to 1986, and organisers of the Pre-'65 Scottish Trial also had their own exhibit celebrating 30 years of the event with the 18 winning machines on display.

One of the riders, Sammy Miller,was also in attendance with a couple of road race machines from his own museum. The most historic of the two bikes he brought was the 350 Jawa (one of only threeever built) which gained second place in the 1968 World Championship and was ridden by Franta Stastny. 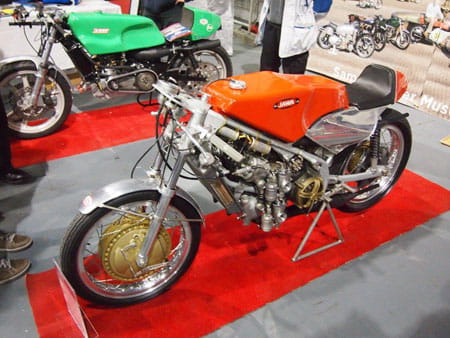 In fact there were so many notable machines on display that it would take pages to cover them all, likewise the stars and celebrities who could be found walking around. One who deserves a special mention was Ian Hutchinson, who attended on Sunday – the only man ever to win five TTs in one year. Probably younger than the vast majority of visitors, he was given a warm welcome as befits his unrivalled achievement.

All in all, it was show that inspired and was real value for money and will certainly be top of the list for next year as a brilliant way to start the year!