If you have a spare several hundred thousand pounds lying around and are looking to invest in motorcycling history or even if you are a bike fan then head down to the Stafford County Showground on Sunday 20th October for the Bonhams Annual Autumn Sale as part of the Classic Motorcycle Mechanics Show for a range of spectacular two-wheeled machinery.

Of the 240 bikes on sale ranging from a 1913 Triumph 3.5hp TT Model to a 2012 Kepspeed Monkeybike and everything in between, Bike Social’s highlight has to be a 1974 Kawasaki H1-RW 500cc triple which has an estimated value of £60,000-£70,000.  This Japanese works machine was one of only two built by Kawasaki for the French importer SIDEMM when, in 1974, French endurance racing specialist Christian Leon and French-Canadian Formula 750 star Yvon Duhamel raced them in the 500cc World Championship. The bike is in running order but hasn’t been used since 2011. 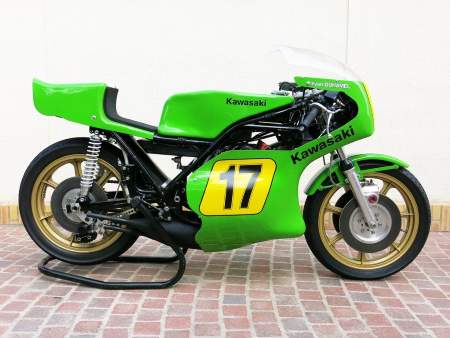 The bulk of the auction sees almost 100 machines available from the collection of a Dutch enthusiast and collector Michael Buttinger, an ex-Honda mechanic who built a business trading second-hand moped parts.  One bike of note from his collection is a beautiful, German-registered, ‘full power’ version of the 1992 Honda NR750 (RC40) with 10,000 km on the clock and an estimated value of £50,000-£70,000. 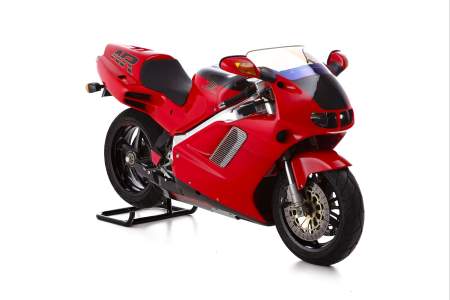 Another highlight is the 250cc Moto Morini ‘Bialbero’ race bike which finished as runner up in the 1963 250cc World Championship behind Jim Redman’s all-conquering Honda.  The single-cylinder, four-stroke is estimated to achieve between £75,000-£80,000 and is currently owned by an Italian private collector who had worked in the Morini race department in the 1960’s. 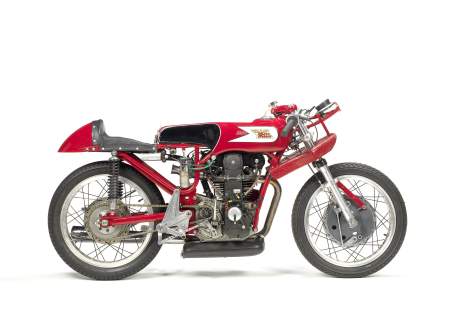 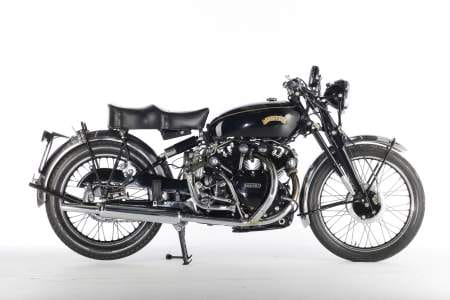 For details of all bikes and memorabilia going through the auction, click here for the online catalogue.
Auction items will be available to view between 10am and 5pm on Saturday 19th October and from 9am on Sunday 20th October with the sale commencing at 10am on Sunday for memorabilia and spares and 11am for Motorcycles. To register to bid call +44 (0)207 447 7448 or email bids@bonhams.com