Something for the weekend? Top 5 Motorcycling Events

The weekend is within site and the forecast looks healthy for riding so it’s time to look at what Saturday and Sunday have in store. We’ve picked out the Top 5 events to ride to or get involved with this weekend.

Click on the event to find our more and to get directions from your house. 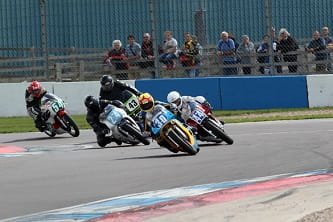 Legend Freddie Spencer will be a guest of honour at the event this year. The American is regarded as one of the greatest motorcycle racers of the early 1980s, with his greatest moment coming in 1985 when he won both the 500cc and 250cc World Championships.

Freddie will participate in the star parades, and will ride demonstration laps on a 1985 ‘Rothmans’ Honda RS500R and a recreation of his 1985 Factory Honda RS250 as well as fronting a display of one of his original Two Brother’s Racing RC30’s from the 1991 AMA Superbike Season. He will also appear in a special event at the Donington Park Collection on the Saturday evening, with more details to follow.

500 racing machines are expected on track over the three day weekend. The racing is organised by the Classic Racing Motorcycle Club (CRMC) with the emphasis on thoroughbred Grand Prix machines.

Other racing highlights include:

Track demonstrations of a wide range of classic machinery as well as plenty more additional static displays. In addition to the racing, the Vintage Japanese Motorcycle Club will once again be holding a motorcycle show in the Exhibition Centre, with numerous club stands providing hundreds more bikes to savour.

A big ride out of VJMC bikes on the circuit will also take place over the weekend, with even more action coming in the form of grass track racing from the Burton and Leicester Grass Track Association.

How much? Tickets available in advance for £12 per day or £25 for the three day weekend. Children aged 13 and under enter free of charge. 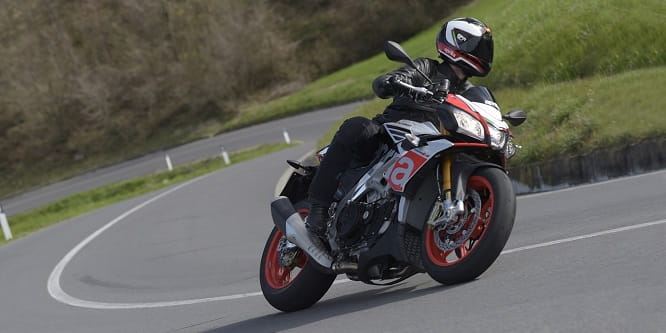 This is the third of five dates through the summer around the UK where new and existing Aprilia and Moto Guzzi customers can test-ride the current range from each brand. The tour is called MotoLive2015 and there’ll be ten bikes to test from Aprilia’s incredible Tuono V4 1100RR to Moto Guzzi’s V7 II Special

Riders must be aged between 25 and 70, have held a full bike licence for at least one year and have no more than six points on their licence.

How much? It's free but you need to book your slot via the website

The town’s Summertime Special event is over two days with a bigger presence from the motorcyclists including the Dave Coats stunt display, stalls and stands with the usual static bike display and exhibits on the Promenade over the weekend. Sunday will remain the main concert day with stalls, rides and live entertainment throughout the day on the Valley Gardens Stage.

How much? Free family entertainment with camping available at £10. 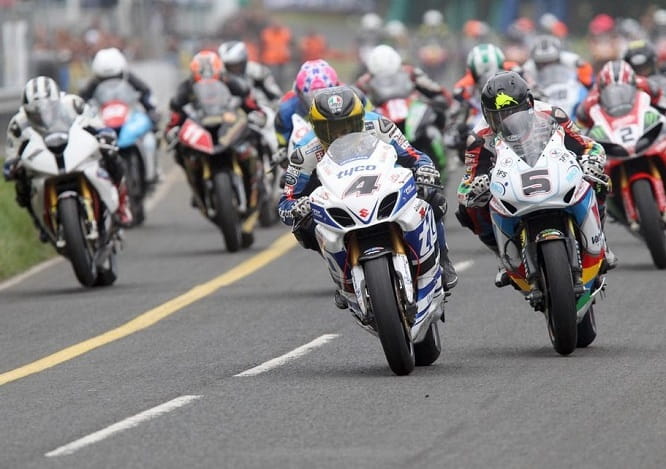 Road racings big names head to the Ulster GP, also known as The World’s Fastest Road Race. The likes of Guy Martin, Michael and William Dunlop, Bruce Anstey, Ian Hutchinson, Dean Harrison, Lee Johnston, Keith Amor and Peter Hickman are among the star riders and have 42 wins between them.

On Friday, the organisers are attempting to break a world record for the most different makes of motorcycle in one place!

Then Saturday is race day. Seven of them will keep you entertained.

How much? Wristbands are available from £25. Children accompanying adults are free. 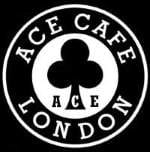 The team from Bonhams Motorcycle Department will be on hand throughout the day offering complimentary auction appraisals via photographs or, better still, they will inspect your motorcycle first hand “in the metal”. The guys over at Bonhams said “It’s no secret! we’re all big fans of the Ace – their support of the VMCC is testament to a common belief that motorcycles should be seen and ridden, opposed to gathering dust.”

How much? It's free although there is a raffle

Meanwhile, in Plymouth there’s a ‘MegaRide’ while The Great Scottish Bike Show takes place in Edinburgh.

There are plenty of other ride-outs and meets lined up for the weekend, many of which are advertised on the Bike Social What’s On section. Search for your local events or add your own - all you need is a free profile.

Of course if the forecasters have managed to screw up their weather predictions or if you simply can’t be bothered to go anywhere then don’t forget the 10th round of MotoGP takes place at Indianapolis in the USA this weekend.

Mind you, the GP doesn’t take place until 7pm our time which gives you plenty of riding time during the day!

BT Sport will broadcast all of the track action live, ITV will have the highlights on Monday evening or you can keep up to date with qualifying and race reports here at Bike Social or via our Twitter and Facebook channels.

If a bike event doesn't float your boat then you can always check the Maps & Routes section for some inspiration on where to ride.

Where will you be heading?