Racing in the Park 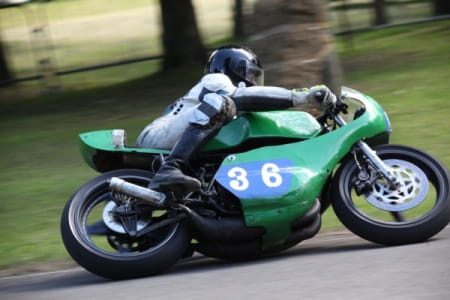 Do you tire of watching the high-profile events, trekking off to watch the World Superbikes at Donington Park, the MotoGP at Silverstone or the British Superbikes at Brands Hatch? Want something different, in fact unique?  Then enjoy a trip into mid Glamorgan and the small town of Aberdare which is some 30 miles from Cardiff.

There, not too far distant from the town centre, once a year in the Victorian park you will find a race meeting being held on a narrow course that twists between the trees and the flower beds, around an ornamental lake and the obligatory cast iron bandstand.

First run back in 1950, the race meeting is organised by the local Aberman Motorcycle Club and they will be taking charge again over the weekend of July 27-78 when among the luminaries due to attend is none other than the four times World Superbike Champion Carl Fogarty while the Aprilia 125, once ridden by the nine times World Champion Valentino Rossi will be on display.

The actual circuit, which runs for barely a mile in length, tests the riders while for the spectators it is an experience that literally puts them in the fast-lane of the action as they are right close to the racing.  The club work hard to prepare the course for the event, with everything by its nature being temporary but they are the real enthusiasts who take a great pride in bringing the sport to the heart of their community.

These National Road Races are the town’s claim to fame in the modern era – though back in 1956 the National Eisteddfod was held in the park’s 50 acres that were landscaped and planted in July 1869 when motorcycle racing was unheard of and had it been, it would no doubt have been frowned on as likely causing damage to the manicured grass and foliage.

But races on they do now, and one of the favourite classes to be seen in action the is the Classic 50cc racing with machines that predate 1984 with Park hosting races that are arguably the most competitive of any in the series, with the diminutive bikes averaging around 65mph around the twists and turns.  And they demand a certain type of riding style, given their limited acceleration meaning that use of the brakes is limited as far as possible despite the mature trees within a few yards of the edge of the circuit.

The action this July is for most classes of bikes, and interestingly as Fogarty returns as a guest to this year’s event the records show that in 1988 he shattered the lap record, covering the nine tenths of a mile in 42.5seconds as he raced the Welsh Open.  And among the other big names to have graced this picturesque parkland setting are John Surtees, Mike Hailwood, Bob McIntyre and Phil Read

They enjoyed the challenges of Aberdare Park and this July weekend, when there are no clashes with the major championships it could just be time for something different and “Racing in the Park.”