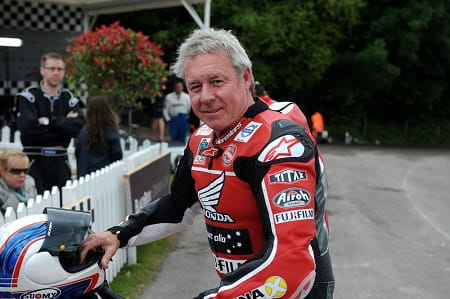 Former 500cc champs Freddie Spencer and Wayne Gardner will be joined by 1984 250cc GP champ Christian Sarron as details are revealed of the new event set to be held in Spain next year.

The new event has been inspired by the Silverstone Classic and Goodwood Revival festivals, which both re-create the atmosphere of period race weekends from a specific era.

Spencer, Gardner and Sarron will be joined by some of the machines they took to victory and there will be opportunities for fans to get autographs and take ‘selfies’.

The Regent Street Motor show showcases motoring from the veteran and Edwardian eras to the modern day, taking place over a ‘mile of automotive style’ as the famous street is closed to traffic from Piccadilly Circus to Oxford Circus for the day.

This year’s show takes places on Saturday 1st November, the day before the Bonhams London to Brighton Veteran Car Run, and this year’s show will feature modern performance cars and bikes, family, eco and racing cars and bikes to showcase how far the automotive world has come.