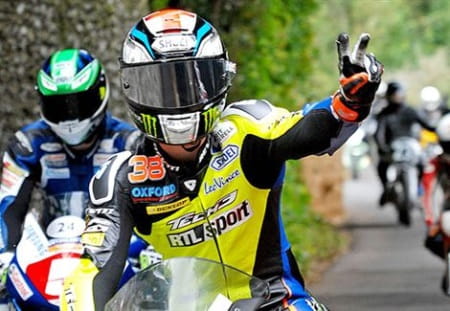 The iconic Goodwood Festival of Speed runs this year from Friday 12th-14th July for its 20th anniversary event. The event, held at the picturesque Goodwood House in West Sussex is described as a ‘motoring garden party’.

Each year the festival has a theme and this year the theme is focusing on the first 20 years of the festival’s existence. You will see all the biggest, fastest, loudest and most outrageous vehicles that have featured in the events 20 year history, as the organisers try to recapture some of the greatest moments seen at the festival since 1993.

These few days of fun are a must for any petrol head with an interest ranging from steam engines to Formula 1 cars. This year however you can see the most F1 cars of any year with seven teams including Red Bull, Ferrari, McLaren and Mercedes having already confirmed their attendance along with drivers Nico Rosberg, his British teamate Lewis Hamilton and McLaren’s Jenson Button.

On the first day the paddocks, filled with mouth-watering machinery, are the focal point for early visitors and the annual Bonhams’ sale attracts the high rollers, and the dreamers, to its auction of the rarest and most valuable classic cars.

But we know it’s not cars you’re really interested in – over the years the motorcycle presence at the event has grown and this year is no exception. GP stars such as Kevin Schwantz, Giacomo Agostini, Freddie Spencer and Kenny Roberts are scheduled to attend alongside world superbike names such as Sylvain Guintoli, Chaz Davies and Leon Camier. Isle of Man TT legends are out in force too, King of the Mountain John McGuinness will be making an appearance at the event as well as Ian Hutchinson and Bruce Anstey. Double WSBK champion James Toseland will be in attendance, as will the work-in-progress streamliner he’ll be using in his attempt to break the motorcycle land speed record next year. The former MotoGP rider turned musician will also be performing with his band on the Harley Davidson stand.

Ducati will celebrate its tenth anniversary of returning to GP racing with the Ducati GP3, GP5, GP6 and GP11 in action at Goodwood alongside the first ever Ducati GP bike, the 1970’s Ducati 500GP. The Proton KR3 will make its Festival debut as it is ridden by Kenny Roberts and Jeremy McWilliams. BMW will wheel out a stunning display of bikes to mark their 90 years of motorcycle production and Barry Sheene’s first ever GP winner, 1975 Suzuki XR14 RG500 will also make an appearance.

Also at the event you can find the Bennetts Carbon R1 at the BLD stand. Tickets are still available here.