$250,000 worth of bike thefts, 405 people jailed, 60 marriages, 4 deaths, Hill Climbs, Drag Racing and the AMD World Championship of Custom Bike Building…why it must be the annual Sturgis Motorcycle Rally! 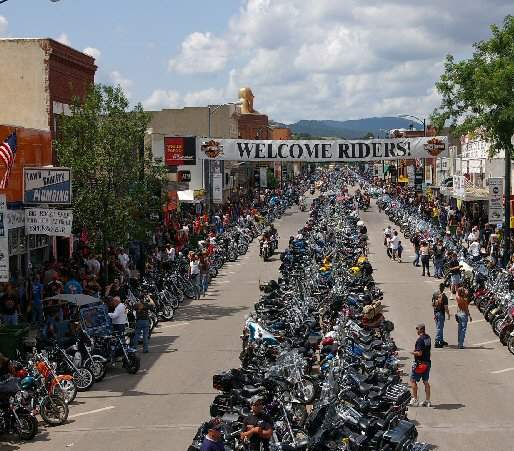 Over 400,000 bike enthusiasts have descended upon the small town of Sturgis in South Dakota this week (5th – 11th August 2013) for the 73rd running of the infamous Sturgis Motorcycle Rally, one of the largest motorcycle gatherings of its kind in the world.  Sturgis is home to around 6,000 folk and each year the rally brings in a significant amount of tourism-related money to the area so the controversies surrounding the are often balanced by the income for the local community.

The event began back in 1938 when members of the Jackpine Gypsies Motorcycle Club raced each other as a handful of race fans looked on.  One member of the club was J.C. “Pappy” Hoel who owned Sturgis’ Indian Motorcycle Franchise which is poignant considering this years’ Rally was chosen as the venue to launch the three new Indian models.

It wasn’t until the 1970’s when the events’ popularity grew to anywhere near the scale that we see today with every culturally different motorcycle, rider and enthusiast in attendance.  The only time when the event hasn’t taken place is because of WWII and then the gasoline rationing.  The entertainment across three Zones ranges from the subtle to the extreme with bike shows, concerts, drag racing, motocross, stunt shows and the annual Mayor Ride, complete with a charity focus, spread over the week.  And then there’s the vendors, all 700 of them; every possible piece of apparel or food type is represented, from tin helmets for your dog to LED lights for your bike, hats that don’t fly off at 85mph (not all US states have a compulsory helmet law) to Harley Davidson’s Jump Start experience, we all know that when America does something, it does it LARGE.  And with the evidential amount of chrome on display, Bike Social is contemplating investing in shares of polish & rags in time for the 74th version of the SMR. 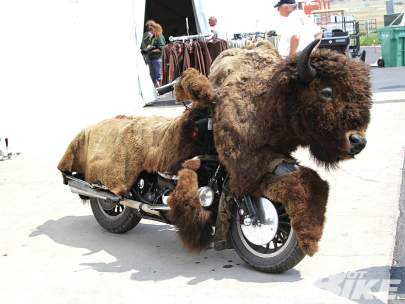 Despite the controversial side of the rally with the number of those admitted to A&E, jail terms, drug and alcohol-related arrests, even deaths, it doesn’t appear to have put off world-renowned brands from sponsoring the event who include including Coca-Cola, RAM, Budweiser and Geico.

This event is rubber-stamped on many motorcyclists bucket list and fans from around the world visit South Dakota each year. Visit the website for more.