Evolution of the MotoGP World Championship 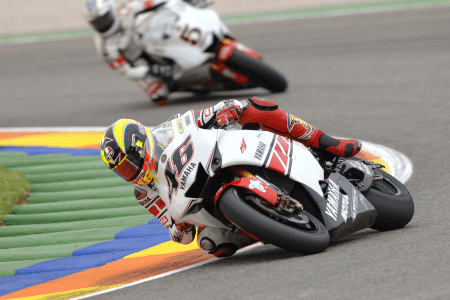 The Motorcycle Grand Prix World Championship has a history of sixty three years, with the first ever GP held in 1949. When the series was initially formed it comprised of four solo classes: the premier 500cc, 350cc, 250cc and 125cc. In the early days, Grand Prix racing was dominated by Italian factories such as Mondial, Moto Guzzi and companies such as Gilera and MV Agusta. The latter took a clean sweep of titles across all four categories in three seasons from 1958 to 1960 and their dominance in the 500cc class was unbroken between 1958 and 1974.

It was the sixties when the Japanese manufacturers entered the sport and started to enjoy success. In 1962 a new 50cc class was introduced. Giacomo Agostini made his first appearance in the late sixties before going on to become the most successful rider in the history of the championship, winning fifteen titles. Many of the Japanese manufacturers withdrew from the championship towards the end of the sixties, with just Yamaha remaining. This prompted the FIM to bring in new regulations limiting the 50cc bikes to one cylinder, 125cc and 250cc classes to two cylinders and four cylinders in 350cc and 500cc.

Honda introduced the famous NS500 to the championship in the 1980s, on which Freddie Spencer took the 500cc World title. The 350cc class was withdrawn in the eighties and the 50cc category was later replaced by a short-lived 80cc championship, lasting only six seasons – three of which were won by Spanish rider Jorge Martinez.

The eighties and nineties are often hailed as some of the best years in racing with superb competition between the Japanese manufacturers and the rise of American stars such as Lawson, Mamola, Spencer, Rainey and Schwantz. In the late 1990’s, Australian Mick Doohan dominated the series on his Honda. Doohan took five consecutive titles before his career was brought to a premature end through injury in 1999.

Motorcycle Grand Prix racing was rebranded MotoGP in 2002, when the technical specifications changed to bring in 990cc 4-stroke machines in line with modern engineering. Future Italian hero, Valentino Rossi took the last ever 500cc World Championship in 2001. In 2003, the entire MotoGP grid was made up of 990 4-strokes marking the end of the 500cc era, Rossi went on to take his second premier class title. Rossi continued his domination through until 2006, where cheeky American, Nicky Hayden took the title.

For 2007, new rules saw the motorcycles reduced to 800cc and Australian, Casey Stoner took the title for Ducati. Rossi returned to the top for the next two years, looking likely to be three until he broke his leg at Mugello. Spaniard, Jorge Lorenzo took the title. Stoner took his second title in 2011, for Honda and in 2012 engine sizes were increased to 1000cc and Lorenzo returned to the top for Yamaha.

With new rule changes expected in the next few years, the MotoGP championship will continue to evolve. What will happen next?

You could win tickets to see the current generation of GP bikes in action at Silverstone on 1st September in our latest competition. More info here: http://bit.ly/1c87K93

With thanks to MotoGP.com