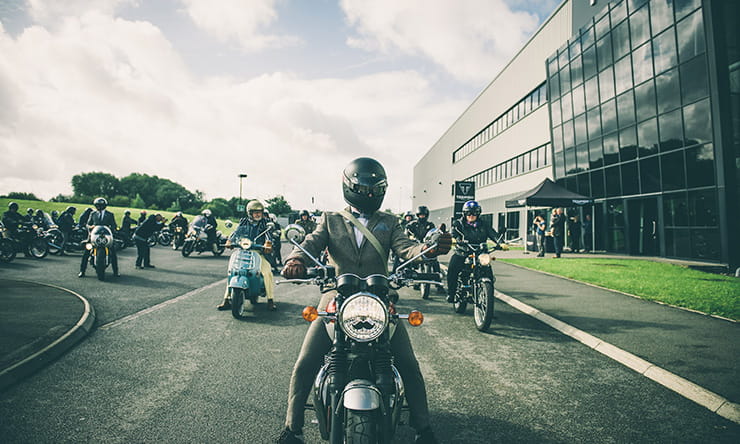 The choice of attire was perhaps a little trickier that usual for 56,000 motorcyclists around the world last Sunday before their ride. Summer gloves or winter gloves is probably as challenging as it normally gets but this was no ordinary ride...

We’re not usually facing a decision around which neckwear to put on; the cravat, the tie, the scarf, or perhaps the bowtie. “Does it match the waistcoat?” is not a question raised prior to donning one’s lid.

In spite of appearances akin to that of 80s Geography or History teachers, the aim of this game was to dress the part in order to raise both awareness and money for Men’s Health – primarily to help find a cure for prostate cancer, depression and suicide. This was the annual Distinguished Gentleman’s Ride, a global motorcycle fund-raising event which, now in its 5th year, exists in 503 cities in 90 countries. 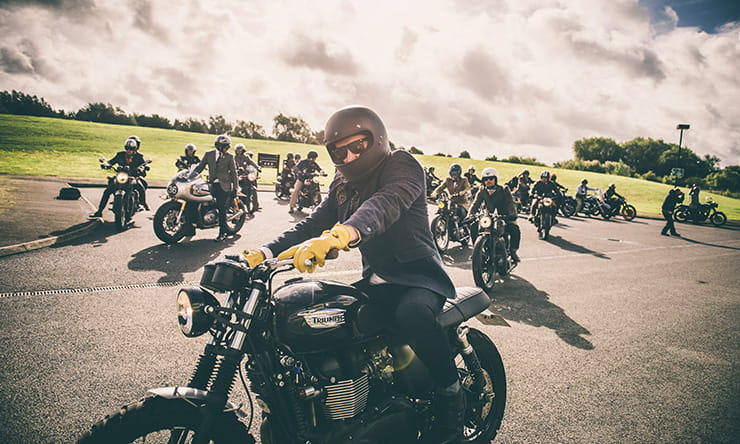 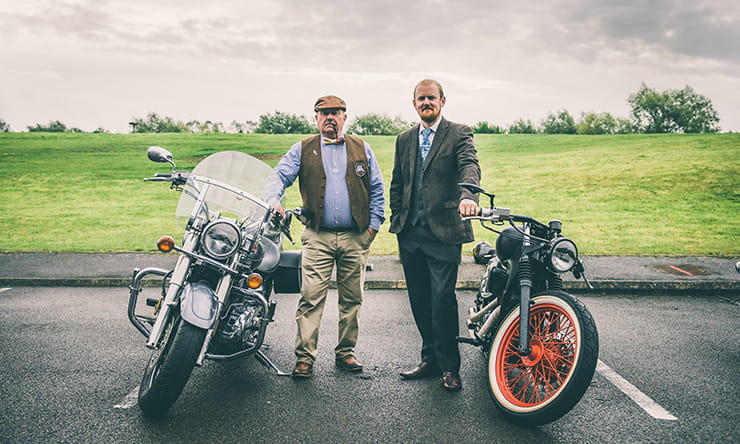 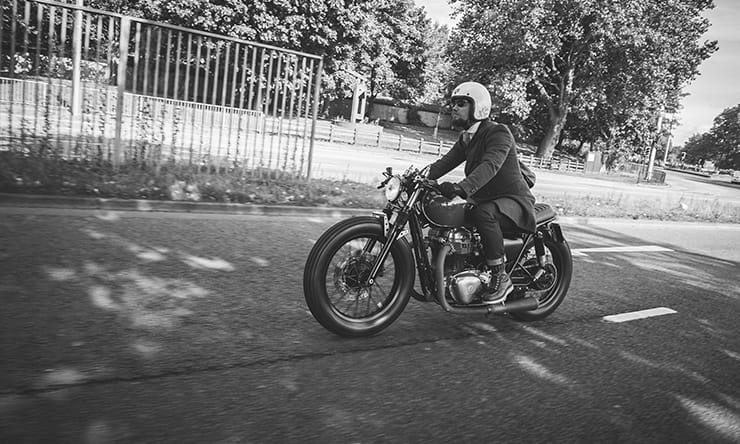 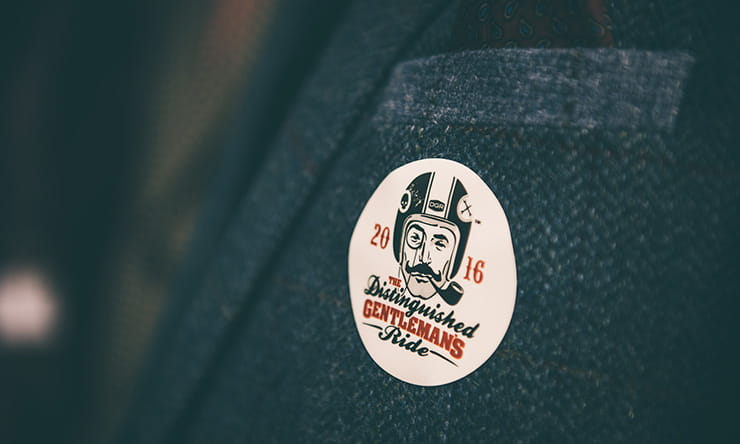 Every supporter with their almost obligatory facial hair, tweed and neckwear with their array of customs, classics, bobbers, choppers or, quite frankly, every type and style of bike from 60s scooters and a Laverda Jota to a modern day Street Twin or custom Harley Forty-Eight rolled up to one of the organised rides on Sunday morning. I opted to take part in the Coventry ride for two reasons; its where Bennetts, Bike Social’s owner, has its contact centre and secondly, the ride began at Triumph Motorcycle’s HQ and I’d been invited to ride one of their most special machines.

Martin Hough, Marketing Manager for Triumph UK, said, “Welcoming riders to Hinckley is a great way to bring the local community together, as well as providing Triumph fans with exclusive access to the Triumph site.”

94 bikes rolled up in time for the 10am meet with hospitality in the shape of coffees, teas and biscuits being laid on at Triumph’s expense, they are after all a global partner of the DGR. I’d been introduced to my weapon for the day – a striking 2016 Thruxton R that had been re-designed by Barnsley-based customisers, Down and Out, as commissioned by both Triumph and Barbour International. It was known as BIT2 and hadn’t been ridden before, featuring just 8 miles on the clock! 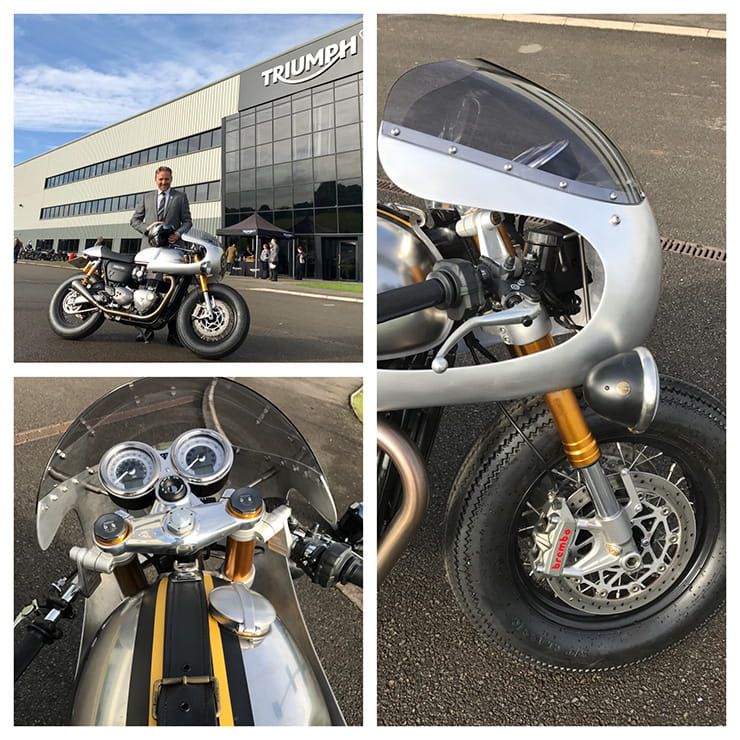 It was already causing quite a stir among my fellow riders with plenty of mobile phone cameras honed in on the details. I was proud to be the one holding the ignition key. I’d ridden the standard £11,700 Thruxton R earlier this year which is equipped with Pirelli Diablo Rosso Corsa rubber instead of the massive-walled Firestones. It’s a fine, fine motorcycle that impressed the majority of journalists on the press launch and is quite possibly the best Triumph I’ve ever ridden.

Revised switchgear with a tiny silver ignition button hiding adjacent to the right-hand grip. Small, round, black, over-and-under buttons on the right side operate the engine mode and toggle between the MPG, average speed etc. on the lowered clocks. Two similar buttons on the left bar operate the horn and distinguishable front headlamp. No button was labelled but they reminded me of a race bike with its pit lane limiter or wet weather rear light options. 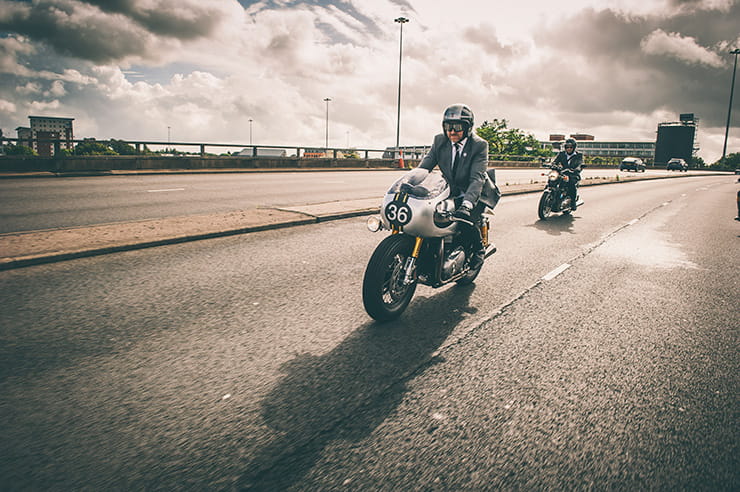 In fact, the bike was remarkably comfortable to ride, a little harsh on the wrists and heavy to steer with those massive Firestones but I only covered 16 miles to Coventry along the A69 at no more than 40 mph. Followed by the more scenic route on the return to factory. Underpasses in and around Coventry city centre were an invitation to whip the clutch in and give the big twin a handful of revs to reverberate around the open faced lids of those around me. Did I feel like a well dressed hooligan? Of course but those lining the streets of Coventry were certainly happy to wave and take photos as the stream of well dressed gentlefolk paraded by. It really is a feel good day and I’d encourage everyone who rides to get involved next year. 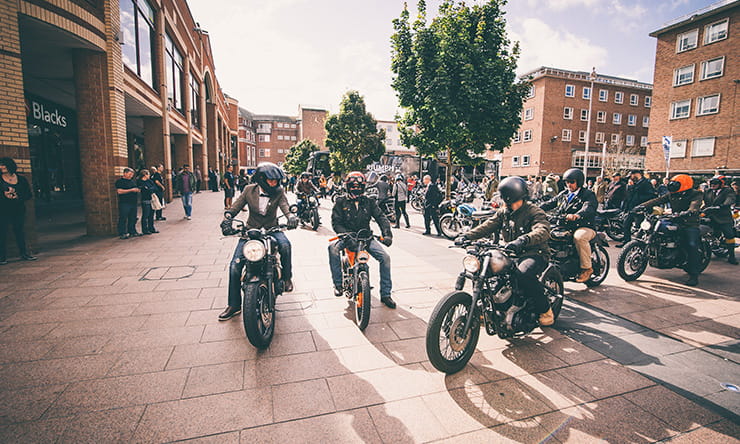 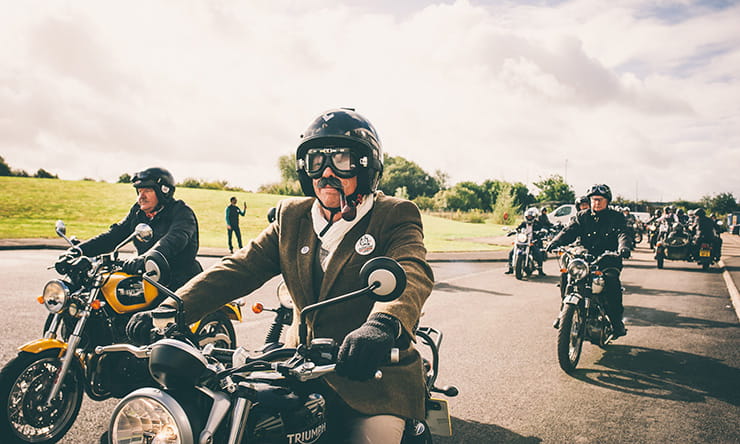 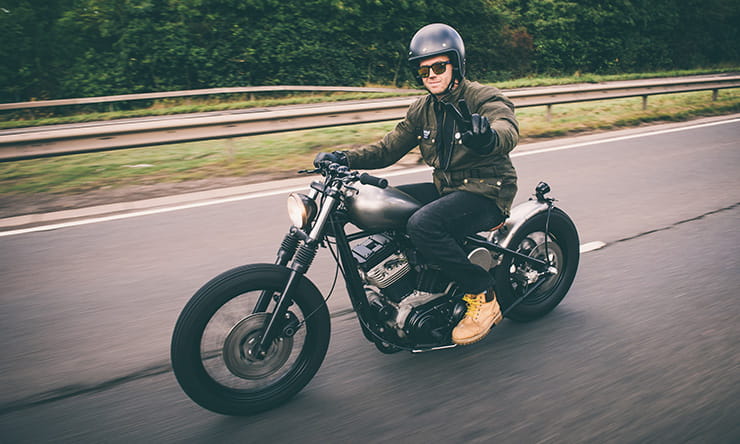 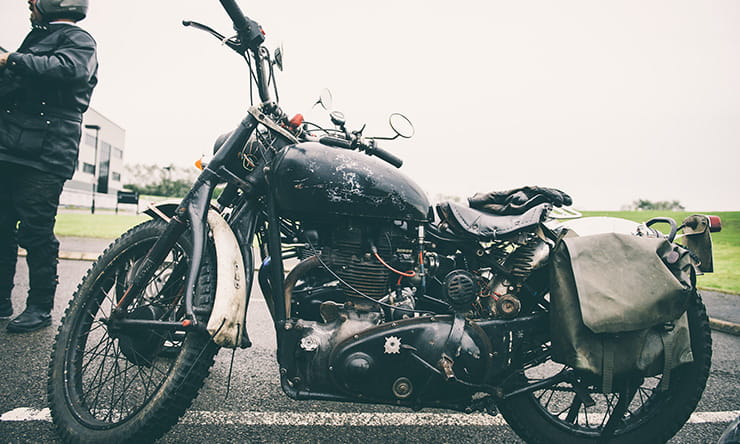