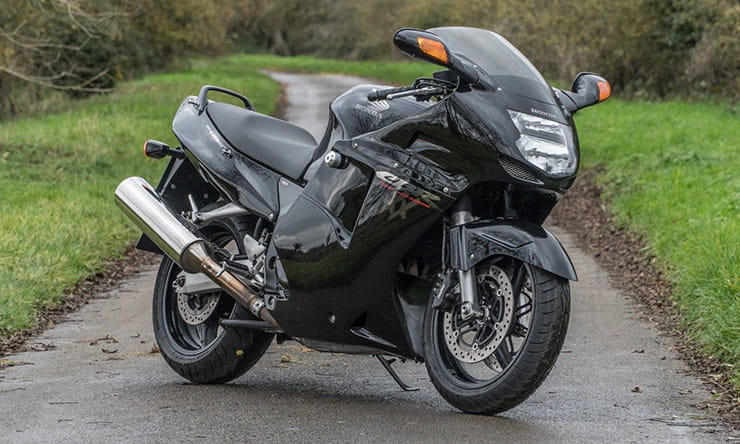 I don’t want a Blackbird – they’re too fast, too heavy and Honda’s linked brakes were still in the ‘almost-finished’ phase when they put them on the biggest CBR. Despite that, I keep almost buying one because, when you operate at the sub-£3000 part of the market like I do, they’re a difficult bike to ignore.

This is mostly because the Blackbird is probably the best built of all the beautifully-built Hondas of the 1990s. Even a really nasty one (and there are plenty of sub-£2k nasty Blackbirds for sale out there) is far better than almost anything else for that money.

If you really must have a 180mph, 223kg, comfortable, sports tourer for less than the price of a new 125, then the early carb-fed ones are the best. When Honda fuel-injected the CBR in 1999 their PGM system was ok, but not quite as smooth as it would become in a few years time. The carbed bikes have a much better throttle response at low revs and are more fuel efficient too getting even more miles from the five gallon tank. 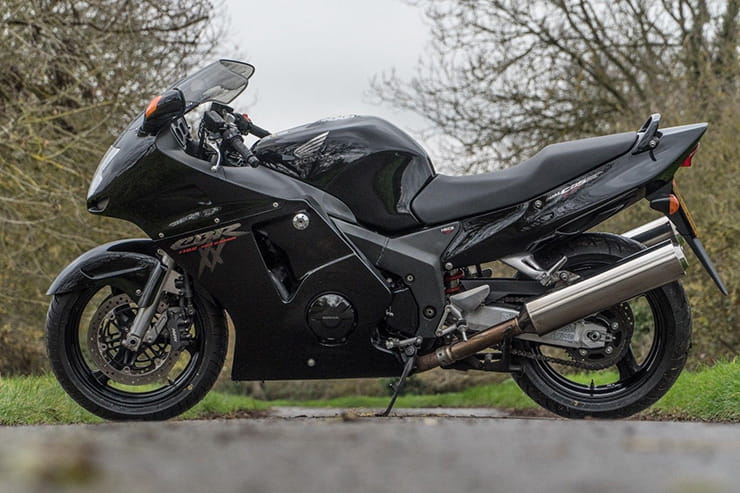 The Blackbird you buy will almost certainly still fuel properly, still go like stink, still change gear as stiffly as it did when new and still handle like a bike with too much power, not enough ground clearance and not quite the right weight distribution…just like when it was new.

But it will still get you from here to there as quickly as anything else without a rocket motor, still be comfortable at the end of it and still keep an awful lot of the weather off for something that isn’t a proper tourer. Most of us have forgotten now that the Blackbird motor was built like a bigger, stronger FireBlade. We’ve also forgotten that 223kg dry is pretty sporty for a twin-piped, hyper-speed sports tourer. The suspension was plush, like only Honda know but reasonably controlled too and even the weird brakes (handlebar lever operates outer two – of three – pistons in the front calipers and inner one on the rear, foot pedal does the opposite) are fixable.

This one came up for sale on ebay last weekend. The seller – a dealer - says it’s a two-owner bike with a genuine 11,700 miles showing, that’s as immaculate as you’d expect. For £3495 it should be too because when this bike was new 19 years ago, the boatloads of parallel imports flooding the UK bike market meant that the first owner only paid about twice that. Holding half its value after almost 20 years is something any other consumer brand would kill for. 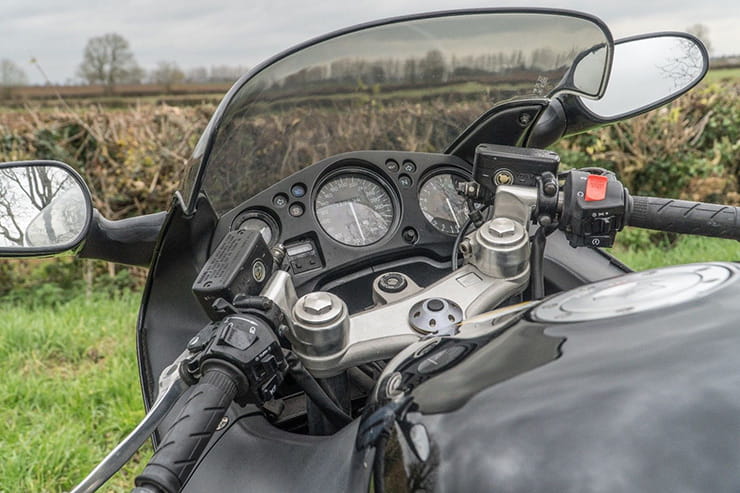 Low mileage, older bikes can be a nightmare because standing around, full of modern fuel can wreck carbs, fuel tanks and plumbing. This one has had a recent service and carb clean (which backs up the above – you don’t clean the carbs unless there’s a problem so check the inside of the tank carefully too before you buy), plus a replacement camchain tensioner (one of the few weaknesses on the Blackbird motor) and nearly new tyres.

We’d also check the battery and charging system, especially the regular/rectifier unit that can be a problem on late-90s Hondas and the braking system too.

Honda’s linked system is complex to service and it’ll be expensive to replace the original hoses because there are lots of them. Seals and O-rings in master cylinders (the CBR also has a hydraulic clutch) may need replacing after 19 years too and, while you’re at it double check the chain and sprockets because standing around can cause tight spots.

And then there’s the biggest question; why so few miles in all that time? Can the mileage be verified with service records and old MoT certificates, is there a break when no miles were done? If so, it could be that the bike was badly damaged or written off and sat, stationary in an insurance compound for a while. 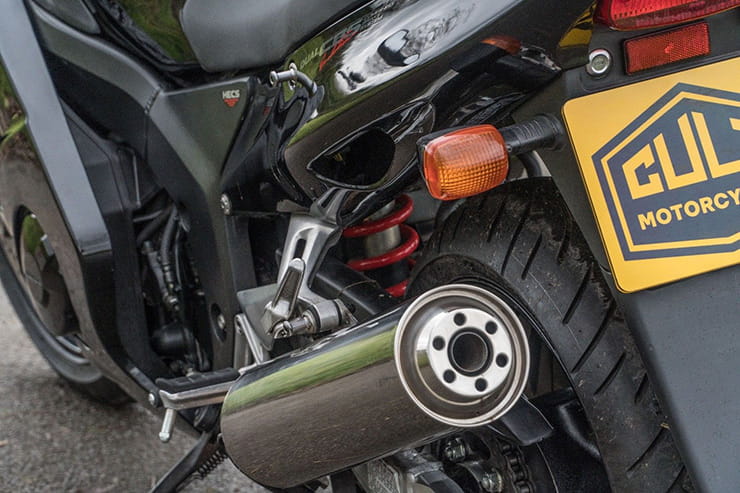 Plenty of early Birds were crashed because the linked brakes and soft suspension, without ABS make it easier to lock the front wheel than on many other bikes. And because you are almost always going faster than you think on a CBR1100XX, chances are you’ll be hitting the brakes harder more times than on your previous bike.

But, if all that checks out and the bike is genuine and has been re-commissioned properly, this Blackbird is a really good buy for anyone looking for a dependable, thrilling long-term ride. You could buy one for half this price and then spend twice as much fixing it up over the years.

Did you buy this bike? Contact us at enquiries@bikesocial.co.uk and let us know what we missed.