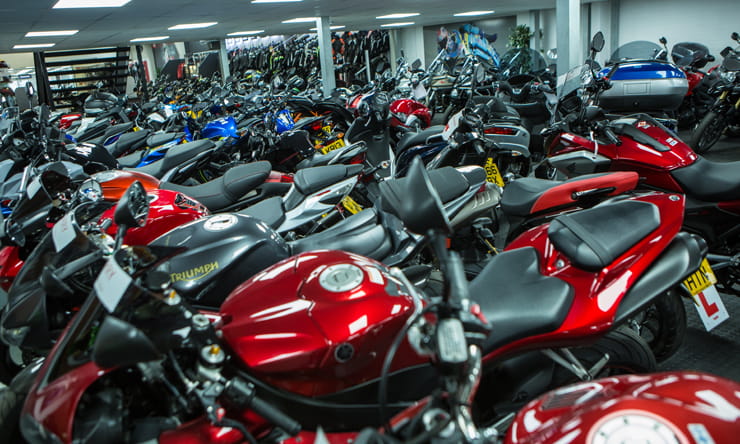 Funding a bike purchase used to be simple. Cash, HP or a bank loan. In recent years a few more options have appeared, and a lot more choice of finance providers too. Thankfully, it’s still relatively simple and to make it even easier here’s the BikeSocial guide to finance.

Buying a bike with cash

If you’re lucky enough to have cash in the bank, good old fashioned readies are still the most cost effective way to buy. Partly because interest rates for savers are far lower than for borrowers right now and any savings interest lost is less than the cost of repaying any loan. Plus, cash gives the best leverage for haggling with the broadest range of sellers (big dealers might make money on finance, gap insurance and the like, but small dealers and private sellers still prefer cash). 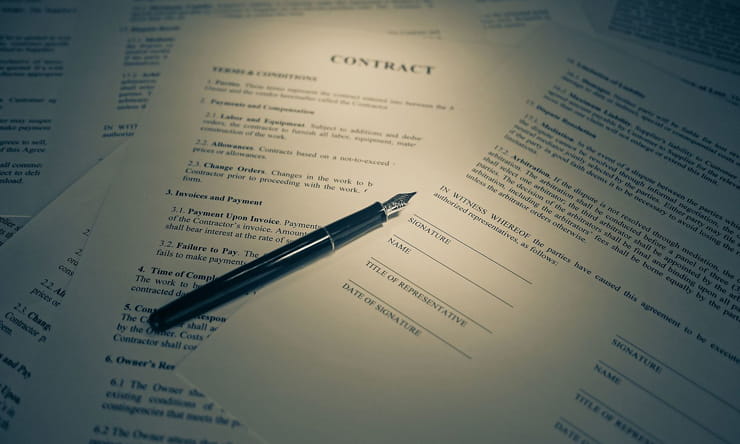 Buying a motorcycle on a Personal Contract Purchase (PCP)

PCP is a popular way of financing new bikes and is starting to be available for used machines, too – usually those under two or three years old. The system is similar to Hire Purchase (HP) and works on the premise of a guaranteed future value of any given machine – usually after three years. You pay a deposit (usually 10-20%) and then lower monthly instalments over a fixed period but defer a lump sum until the end of the contract. At that point you have the option of paying the lump sum to own the bike, handing the bike over to act as deposit on a ‘new’ bike or handing the bike back and walking away. The main disadvantages are that you don’t OWN the bike until the final lump sum is paid and, until that time, you’ll be contracted to maintain the bike at that dealer and stick to agreed mileage limits. 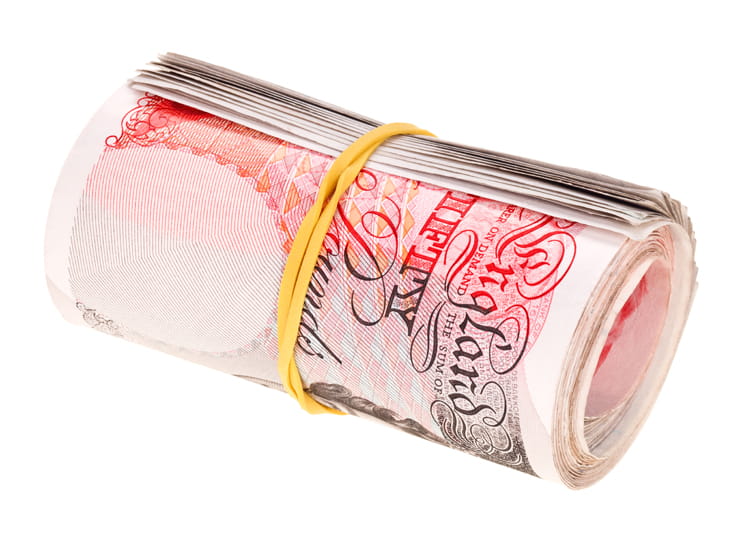 Buying a motorbike with a personal loan

Personal loans are commonly available for between £1000 and £30,000 with most unsecured versions offered on a fixed interest rate. There are plenty of providers and, with a loan you own the bike from day one. If you default on payment, the bank will pursue you through the courts for their money, but not their bike. The main downside is that the advertised interest rates are for those with the best credit ratings – not everyone gets them.

This can either be a personal loan or hire purchase (HP). Make sure you know which one you are getting because with a loan, you own the bike from day one, but on HP, you don’t. The obvious advantage is convenience: you’re doing everything in one go with the dealer, who can factor in your part-exchange and you only borrow what you need. The main downside is expense – the rate of interest offered by the dealer’s finance company is often higher than a bank. That said, some do offer 0% deals (although not usually on used bikes).

With hire purchase the buyer pays a deposit for the machine (usually around 10%) and then repays the balance, plus interest, over an agreed loan period although you don’t actually OWN the machine until the last payment has been made. 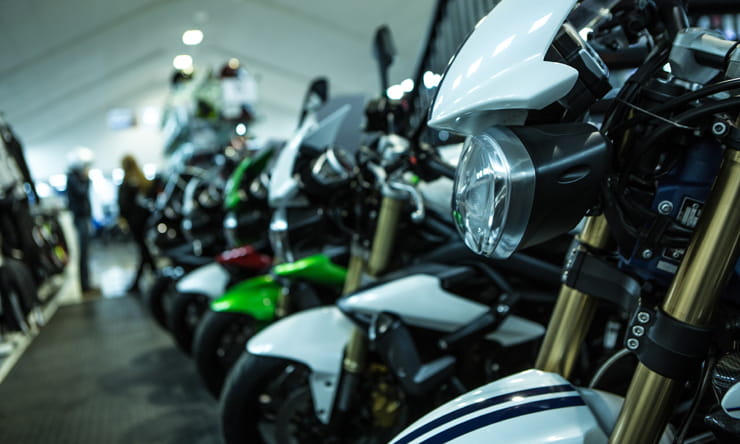 For a disciplined buyer plastic can be a smart tool. The key is interest rates. Many credit card companies offer a decent interest-free period on new accounts and even longer on balances switched from other cards. So, if you buy a bike on your current card, apply for a new one with a long 0% rate on balance transfers, transfer the balance over to the new card and pay it off before the interest rate is applied, you can buy a bike that would never normally qualify for 0% finance without paying a penny in interest.

The only catch is that there is usually a fee for transferring a balance to your new card which might be a percentage of the balance or a fixed rate. If it’s a percentage, that could be almost as much as you’d pay in interest on a loan.

With the right credit limit, a low transfer fee and long 0% period, it might be worth considering. Bear in mind, that at the end of the interest-free period you’ll need to either clear the debt or switch to another supplier to avoid potentially high interest rates.

Your existing card may allow you to draw cash on it too meaning you can buy this way from a private seller. However, the interest rates are often higher on cash withdrawals and often apply straight away so you’ll need to transfer your balance quicker to avoid charges. 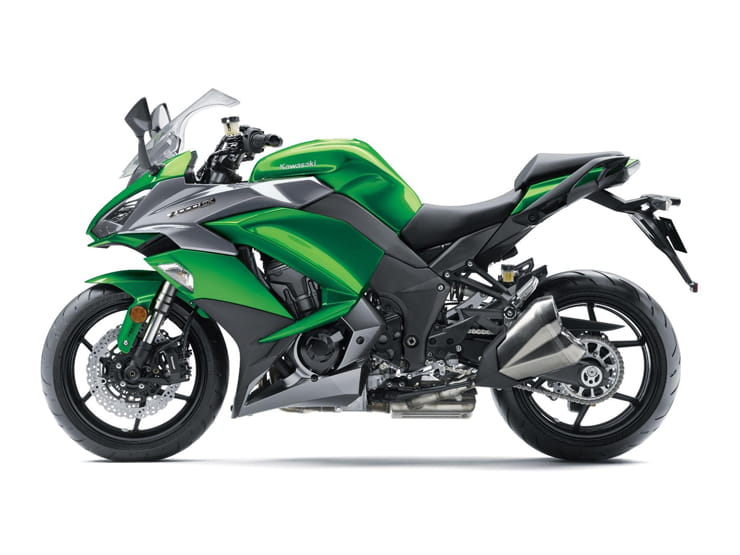 Bank loan, Hire purchase or PCP? How you buy your bike depends on what you need.

At the time of writing Kawasaki’s 2018-model Z1000SX had two finance offers on it. Don’t worry about the date of the offers, this is a comparison with other forms of finance, so while the numbers might have changed, the comparison remains the same.

To own the bike you need to pay the additional £5310 final payment Or alternatively, you can either hand the bike back and walk away, or use any positive equity in your bike (the final payments are often set at the low end of what the bike will be worth) as a deposit on your next PCP deal.

Be aware though that if you walk away, you don’t get the benefit of any positive equity in the bike.

If you went for Kawasaki’s traditional Hire Purchase option, you’d pay the same £1000 deposit but finance the whole deal and own the bike at the end. In this case you’ll pay £277 per month. Using traditional finance means a higher monthly payment, but you actually save £454 in total compared to a PCP (if you bought the bike at the end). You may also have a better chance of knocking some money off the price before finance.

PCPs are popular because you pay a much-reduced monthly amount (less than half in the example above) to lease the bike for three years.

Perhaps a more realistic comparison to the value of PCP is to look at what else you could buy if you had £1000 deposit and £130 per month to spend.

At the end of the loan period, your bike will probably still be worth around £3500, giving you a much bigger deposit for your next bike than if you’d ‘bought’ new on PCP.

So the choice is, to ‘look after’ a new bike for three years for £142 a month or own a six year-old one for the same money.  Sounds like a no-brainer except that a brand new bike will almost certainly have better performance, more refinements and other improvements over an older model. Plus it has no hidden theft, finance or crash history, doesn’t need any consumables replacing, hasn’t been thrashed from cold or had the service schedule neglected. It hasn’t been ‘improved’ with aftermarket accessories and has a two year manufacturer warranty, which is what makes PCP such an attractive proposition..

However, PCP deals come with mileage limits, requirements to have the bike serviced at an approved dealer and keep it in good condition. Nothing most of us wouldn't be happy with, but sometimes good intentions go astray.

Will I be insured?

Yes, with most insurers. Some people question whether bikes on a PCP are insured because, you don’t ‘own’ the machine until the final balloon payment is paid. There has been some concern that putting yourself down as the owner when you have the bike under PCP would be inaccurate and could lead to a claim being turned down. We are not aware of this being an issue but decided to check with BikeSocial’s parent company, Bennetts Insurance.

Bennetts’ MD Vince Chaney explains. “At least as far as Bennetts and our underwriters are concerned, you should list yourself as the owner of a bike that is fully purchased, on hire purchase or on PCP as they are all treated the same. Any claim would not be turned down for this distinction.

"If you have a bike on a PCP you have the ‘insurable interest’ on that machine. That means that you hold a material financial stake in the bike being insured against an unforeseen event, regardless of who ‘owns’ the vehicle.

“We appreciate that this isn't always clear to customers so we've added some more wording to our website to reassure riders of PCP or HP bikes. You can also find our full Terms and conditions at www.bennetts.co.uk”

“In event of a claim, if your bike is on PCP or Hire Purchase, we may settle your finance arrangement directly from your claim (and pay you any outstanding difference).”

It pays to be on the safe side, so if you’re not sure, we suggest you check with your insurer directly.” 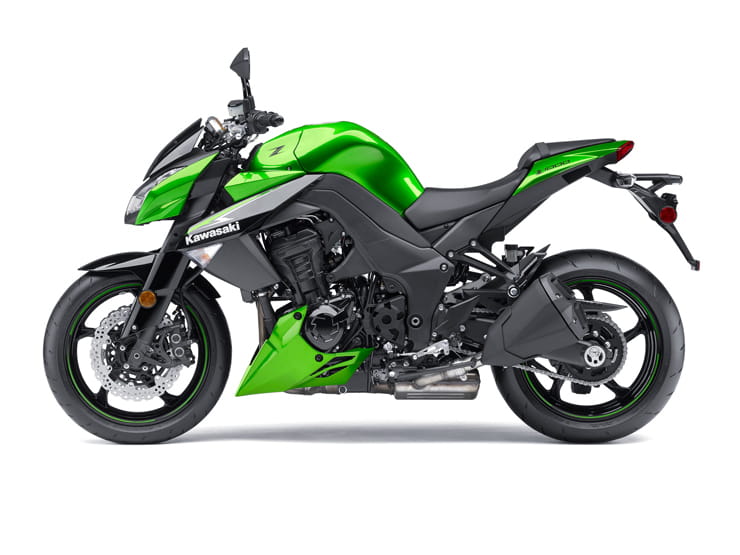