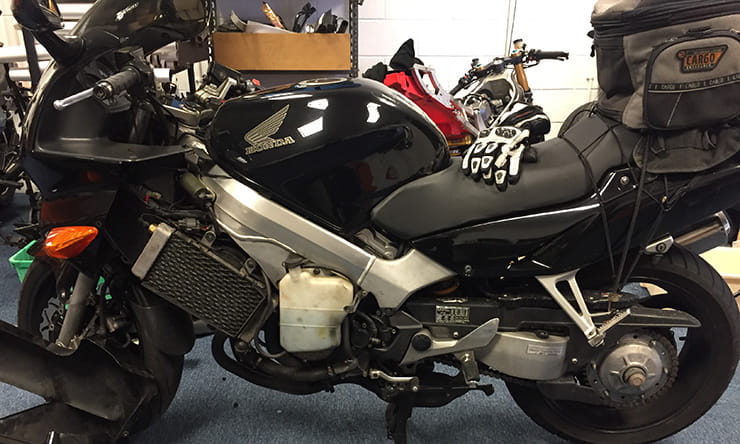 Having clicked up my 1,000th mile on the Grand Designs VFR800 I thought this would be a good point to whip out my phone and tap out part two. The standard silencer arrived and was immediately fitted, the chap that I bought it from dropped it off to me after discovering it was going to cost him £21 to post, he was only getting £10 from me for it so offered to bring it up from his home 30 miles away. After paying £1,750 for my VFR800 I wasn’t left with that sense of having achieved a value for money transaction, mostly because it wasn’t too long ago that you could buy decent VFR800s for around a grand. The lad I bought the original silencer from paid £2,500 for his VFR800, it had less miles than mine admittedly but it made mine look good value. Completing the yin and yang of life I sold the outgoing Scorpion silencer via a VFR selling page on eBay, the bloke who came to pick it up had paid over £2,000 for his VFR800. The end-can swap also means that the bike now owed me £60 less. Not being one to hoard things, I’ve also sold the immaculate seat hump, it made £50 via another Facebook selling page.

My VFR arrived with a personal number plate, poking through the paperwork showed it had been fitted from new back in 1998. With a free listing on eBay I chanced my arm and advertised it, I had low expectations of it finding a new home. Imagine my surprise when I hooked a biter for it. The only issue was my logbook wasn’t back yet, we opened up communication and I educated myself on transferring a plate in this digital age. With my V5 dropping through the letterbox I got my payment and did a digital transfer, it was the easiest £400 I’ve ever earned.

I'm aware the bike will need some tyres soon, the rear is wearing out rapidly and I’ve also spotted at least one plug from a previous puncture. 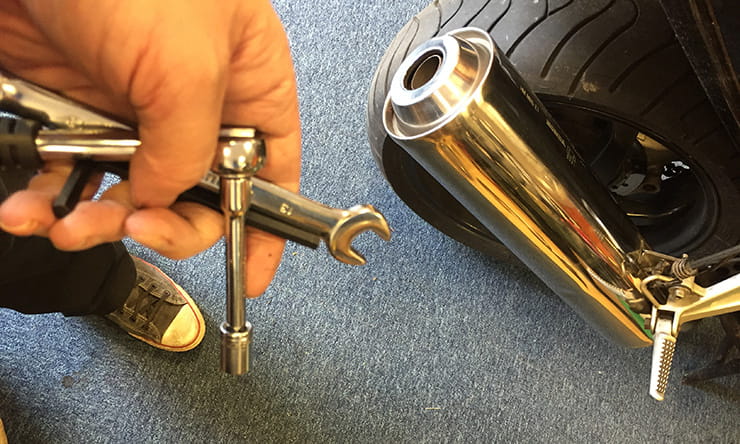 I also want to buy a rack and top box, so that recouped budget will come in very useful. I have made one purchase this month, that was some exhaust studs.

For some reason the front header pipes decided to come undone when I was 50 miles from home, at first I thought my downpipes had given up the ghost, I’m not sure what thought caused the most misery, paying for a new exhaust or having to fit it?

Once back home I took the fairing sides off to explore what was going on. The last owner told me how he’d taken the header pipes off to paint them, maybe that’s why the bolts on the front cylinders had decided to undo themselves. I had lost one stud, the other three were finger tight, after a few days of having to retighten them every time I managed 50 miles or so I found some stud fixing glue and stuck them in. A week after ordering my pair of new studs they haven’t arrived. It’s ok I haven’t gone soft buying new parts, the VFR uses a 7mm thread, despite looking high and low in my nut and bolt stash I couldn’t lay my hands on anything suitable! I have got used to the low level exhaust blow from the down pipe with only one stud holding it in. 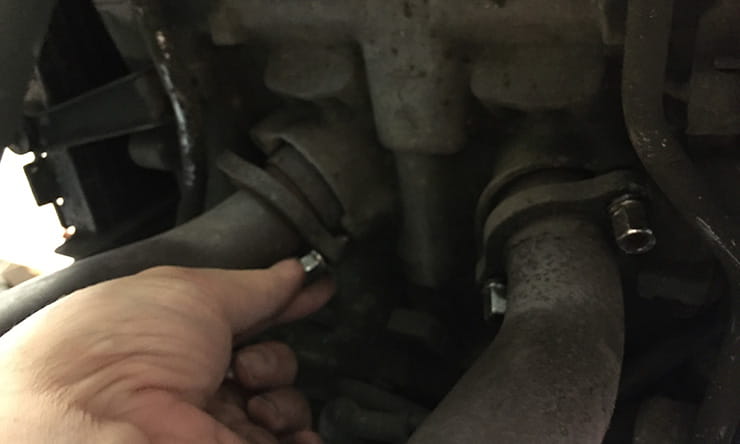 Other than this issue it’s been happy days with the stealthy VFR, it’s a brilliant everyday bike, and with it owing me £500 less I feel even happier now than the day I bought it.