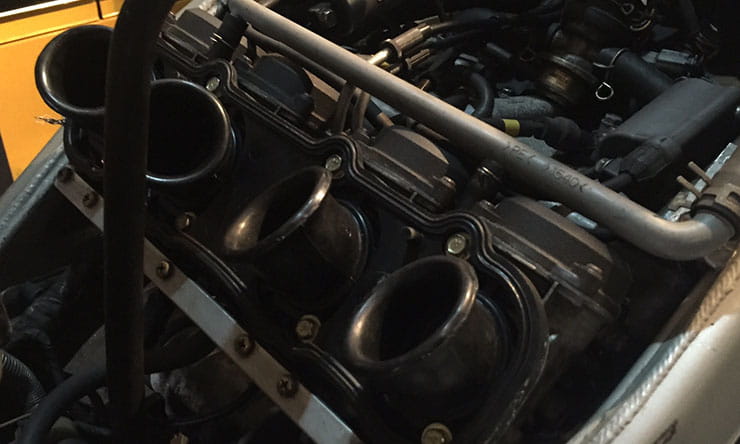 Having rid the world of another Kawasaki ZZR600E, I have managed to achieve two goals. One was to at least get my money back on the donor ZZR600E that entered my life in October. I not only got my outlay back but I made a bit of a profit after hanging, drawing and slaughtering the 2002 Kawasaki. My second goal was to get my hands on some parts that were on my wish list. The saddle was the main one but various other parts have found their way on to my ZZR600E. One of those parts was the air box. The one on my bike for some reason had warped and therefore was doing a pretty lousy job of doing its job. I had sealed it with duct tape after my trip to BSD's dyno back in the summer which I kidded myself into thinking had helped, but I knew that I’d feel happier with a replacement item. Having fallen over it for a few weeks, I've only just made the time to fit it.

I’ve had the tank on and off a few times since the summer and every time I’ve been left stinking of petrol. I decided to avoid unplugging the fuel pipes and associated hoses that sprout from the bowls of the tank, plus propping it upright would remove any temptation to start and not finish the task.

The old airbox came off with no issues and I even laid them side by side to check that there weren't any changes between my 1993 item and the 2002 offering. Thankfully they were identical. I kept the less grubby of the two foam air filters and even gave it a quick soapy wash. It’s amazing how quickly pride in your job consumes you. In less than ten minutes the replacement item was fitted and bolted down, and the ZZR was sat purring on the bench. A quick spin to check it was all ok revealed no nasty issues, though I’m not sure if it’s any healthier than the ill fitting one that is now heading for landfill.

I am keen to get the ZZR back on the dyno but before doing that I need to do a few more of my to do list jobs. One of the rear indicators isn’t working and I am not overly impressed with the brightness of the headlight. One job is tending to lead to another, and in a funny sort of way that’s part of the pleasure of riding around on a bike that’s over 20 years old. 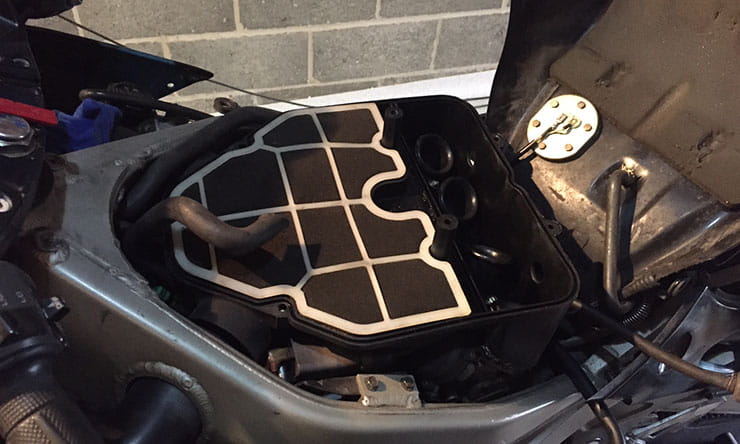