Can you race a Kawasaki ZZR? We find out... 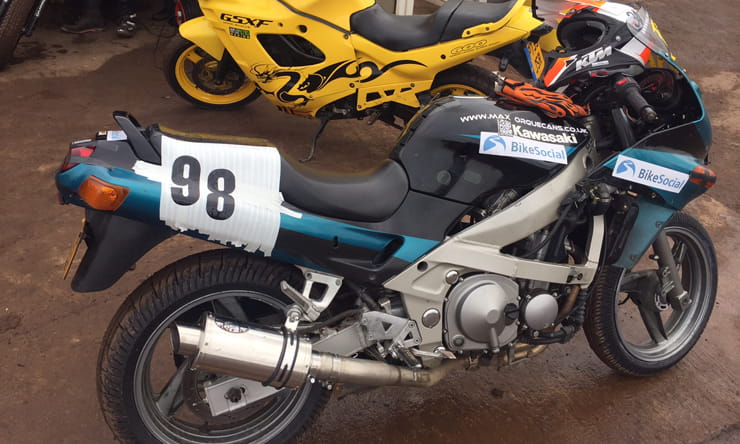 Those of you that follow Scott Redmond's antics on BikeSocial will know he loves a bargain! So, last summer when we gave him a pocketful of change and a strict £1000 budget, he relished the challenge of trying to find the best bike he could for the money. Nearly a year on and with thousands of miles under its belt, the Grand Designs Kawasaki ZZR 600 has come to the end of it usable life. What better tribute to this thoroughbred 600 than heading to Scunthorpe for a ride around, and around, and around...

Opening the garage door at 8am on a Sunday morning I wheel out the 'race prepped' ZZR600. I’ve wheeled this bike out countless times since buying it last summer, today though is different. I am not riding it anywhere today, instead it’s wheeled inside my friend (and ex club racer) Luke Brackenbury’s van and we set the sat nav to a postcode somewhere in Scunthorpe. We pick up our mate on the way and team BikeSocial is go!

The whole idea behind the Grand Design project was to show you don’t need the latest bike to enjoy the thrills that motorcycling offers. I’ve had my fun riding on the road on my £701 budget buy, so when my mate Luke was after a bike to race I jokingly said use the ZZR, and now here we are!

The race series is one you’ve probably never heard about. It was news to me, which was another reason it appealed. The series is called Inappropriate Road Bikes, and it is run on a speedway track in Scunthorpe. Today was their last meeting of the winter season. All three of us had no real idea what to expect. Other than some photos from their Facebook page, we were pretty much in the dark. Luke had met one competitor as he’d put a shout out for a metal shoe on their page and as luck would have it, a guy in Peterborough had one that we could borrow. He didn’t need it this weekend because he’d broken his ankle at a previous round.

The ZZR had received a few mods to get it race ready. This included removing the front brakes and taping up the indicators. We’d already taken the headlight out. Having prepared bikes for racing before, it was pretty refreshing not having to read realms of rules on what we could and couldn’t do. We’d spent £13 on a lanyard kill switch, then discovered we didn’t actually need it, so it remains unfitted. We made some number boards with white electrical tape and replaced the worn out road tyres with a pair of race wets. These were donated to us by Facebook mates, thanks lads. The long Micron can was replaced with a stumpy item that our friends at Max Torque Cans contributed to our cause. 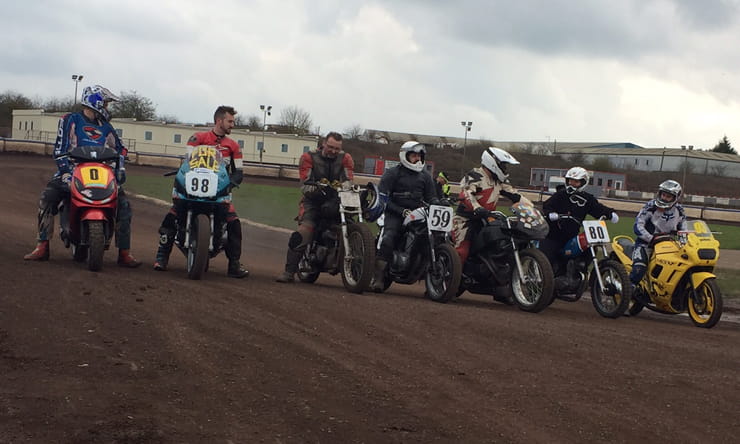 Race entrance cost us £30 and in return we got 6 races. Each race lasts four laps; each lap is a quarter of a mile long. There was seven other entrants in the inappropriate race class. These included a real mixed bag, for example, a scooter through to a Buell. We weren’t the only sports 600. There was also a Suzuki GSX600F that arrived in full road trim including road tyres!

The races came thick and fast sandwiched between a variety of other classes that ranged from quads to kids on pit bikes. The first outing saw Luke bag a fourth place. We couldn’t help but tamper with the bike and somehow laid our hands on a tread cutter. Luke laid into the part worn wets, recutting some much needed tread. Come the next race he was visibly quicker but still came home fourth. 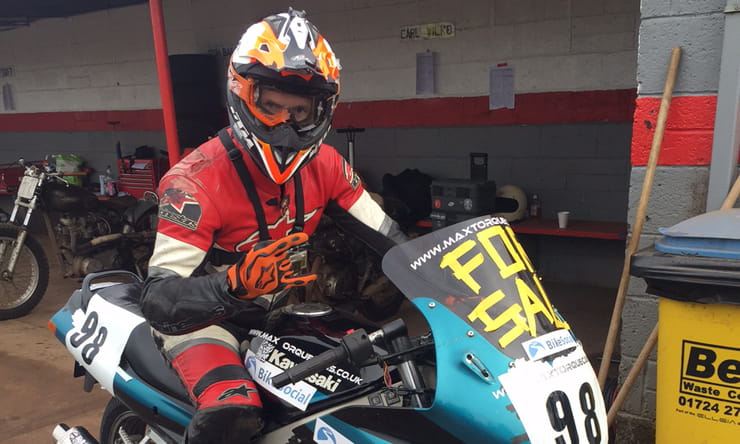 The other 600, so far, hadn’t come past him so we were winning the class battle. We all couldn’t stop smiling. Everyone was so friendly and helpful and Luke was having so much fun he’d convinced the lad on the GSX600F to let him cut tread into his road tyres. You don’t get this at MotoGP! Luke’s best result was two thirds. With a drying track the race pace lifted and all too soon the sixth race was over but not until the ZZR had a proper duel with the Buell. 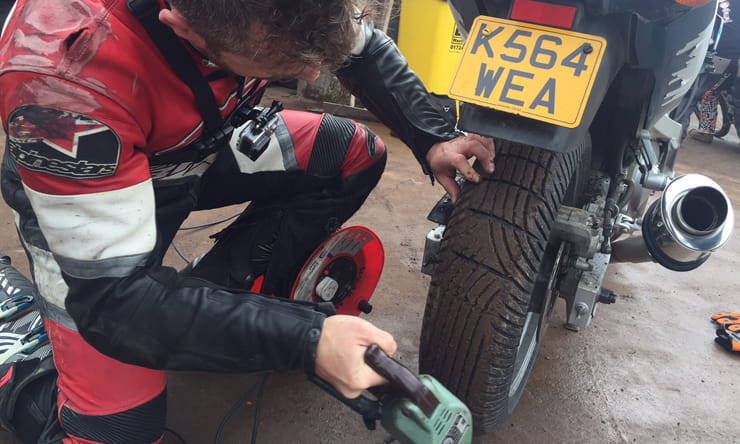 We had toyed with selling the ZZR and even put a For Sale sign on its fairing. By the end of the day I’d peeled that off, and we were looking at the dates of the summer series! I doubt that the ZZR600 will return to road duties, plus with another mate being inspired by our antics, I’ve agreed to lend him the crazy Kawasaki.

Racing on a budget doesn’t come cheaper than this, plus the social side is brilliant, it sums up everything that is positive about motorcycling, meeting strangers who become friends, having fun and doing something new. I am loving this bike! 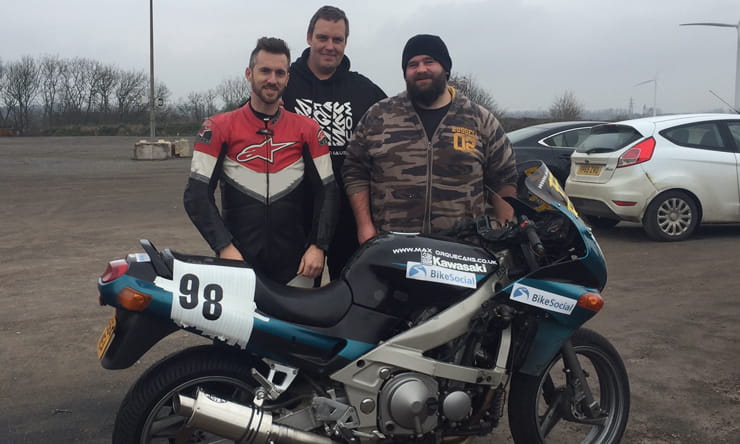