How to clean modern motorcycle exhausts 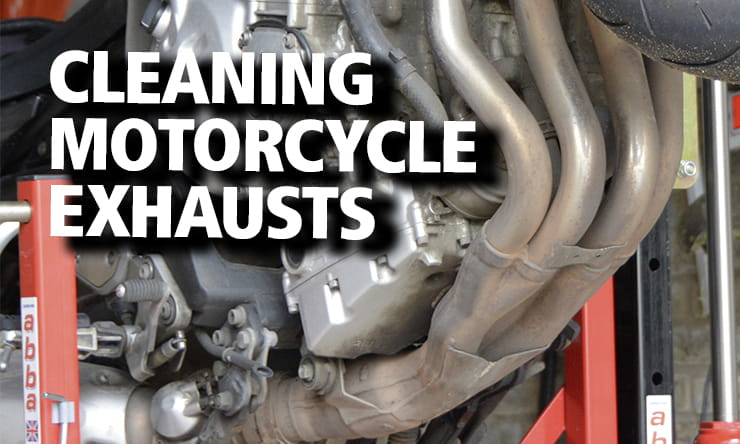 If you own a naked or adventure bike then you’ll have no doubt experienced the knuckle-skinning joy of trying to clean filthy exhausts, particularly the downpipes (the section of exhaust that leaves the front of the engine and swoops down underneath).

On any bike with an across-the-frame engine, the downpipes are perfectly placed to get a faceful of whatever the front wheel flicks at them – spray, salt, grit – and consequently look dreadful after the shortest wet ride. Of course, faired bikes get the same treatment, but it’s nowhere near as obvious.

And when you go to clean the downpipes, especially if you’ve ridden in winter, you’ll often find you can’t get them clean – your so-called stainless steel has stained. Chromed pipes are a different proposition – we’ll cover them later.

Why does stainless-steel stain?

It’s because the combination of extreme heat, water and salt creates conditions that defeat stainless steel’s natural protective layer of chromium oxide, which leads to pitting corrosion. It won’t eat away like rust would on the mild steel chassis of an old Land Rover, so your exhaust will stay structurally sound, but it’s enough to make the surface look tatty. Here’s the remedy:

How to clean a stainless-steel motorcycle exhaust;

Scrub off all the surface crud to see what’s below. If the surface is dull brown and feels slightly rough, it’s pitted corrosion and you won’t make an impression with soap and water.

1. The quickest way to get rid of the discolouration is to use an acid to etch away the corrosion. Lots of people swear by Harpic 10x, a toilet cleaner that contains 9% hydrochloric acid. It definitely will improve the look of a wintered exhaust but is not without risks, particularly if the exhaust isn’t in too bad a state. Firstly, Harpic is designed to cling to bogs, so there’s a real risk of some not being rinsed away, in which case it will merrily eat through whatever it’s sitting on. Secondly, it’s strong stuff, and there are reports of it permanently dulling exhausts and staining aluminium that gets splashed. A safer bet is a milder formulation such as DrDownpipe (drdownpipe.com), which takes more agitation and time, but carries far fewer risks. If you don’t want to give your downpipes a chemical peel at all, then it’s time for some elbow grease in step 4. 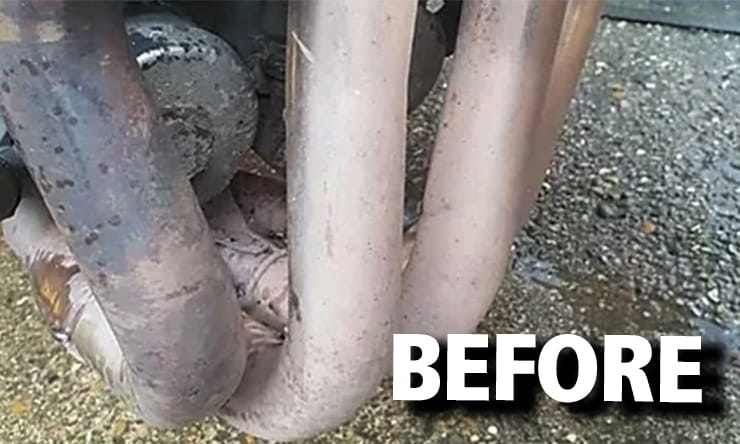 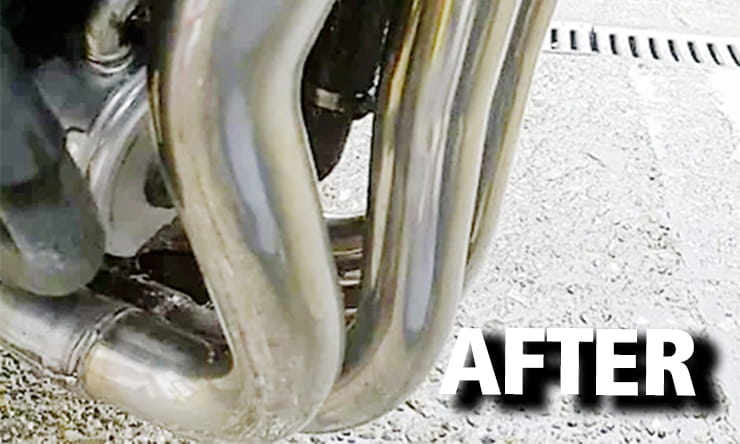 Before and after: One application of DrDownpipe got rid of most of the surface corrosion and staining

2. Rinse off all the chemicals. Then give it another rinse. This is crucial, as any acids left sitting on bare metal could cause far more corrosion than you had to start with.

3. Use metal polish (eg Autosol) or the finest grade wire wool. These are the safest bets, but take the most effort. Even if you’ve given the downpipes and catalyser a chemical peel, you’re still going to spend plenty of time lying on your side polishing and buffing. 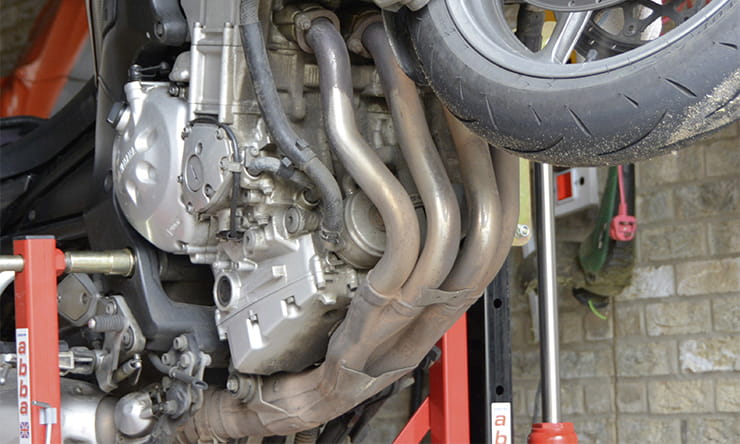 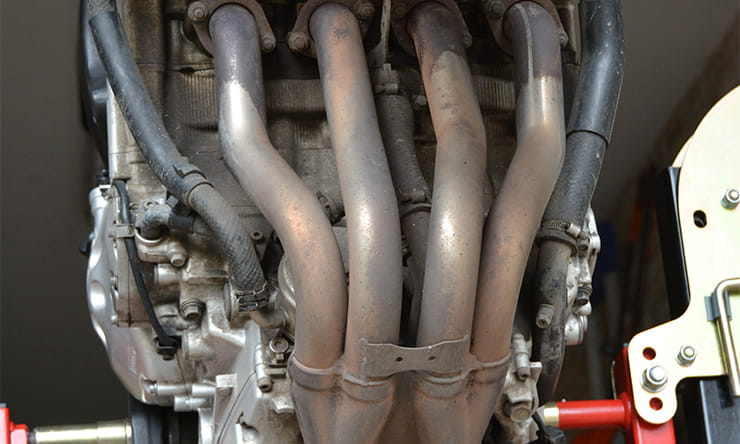 Note the two stages – the fresh orange rust on the bottom of the exhausts, and the old pitting at the very top of the downpipes. Some light polishing went on in between.

4. To get rid of burnt-on marks from boots or plastic bags, you can use metal polish or – for really bad sections – oven cleaner. Be careful not to splash it on anything else though.

5. Exhaust cans should be much more straightforward as they don’t tend to get shot-blasted with salt. Use normal polish or metal polish if pitted. 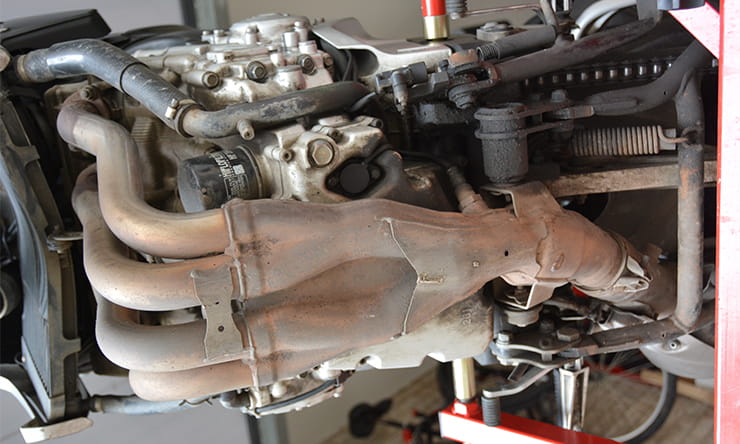 Though it looks ugly, this is all fine from a structural point of view – salt can cause pitting in stainless steel, but won’t eat it away like it will mild-steel