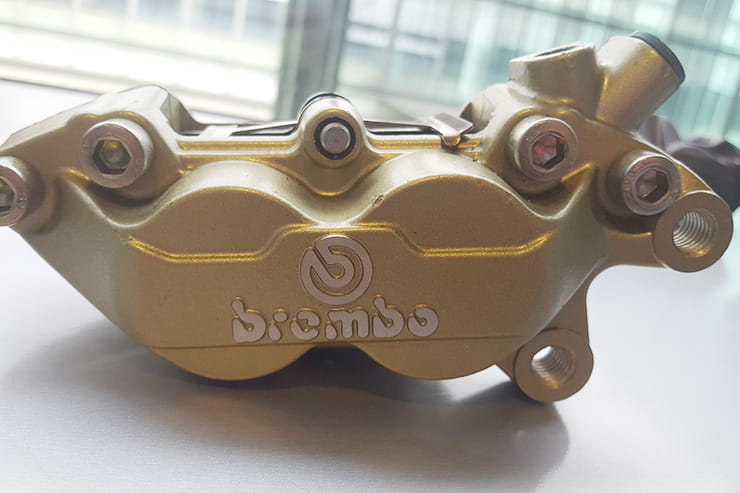 Huge quantities of counterfeit motorcycle parts ready for worldwide distribution have recently been seized in India, Pakistan and the United Arab Emirates; many were found to be liable to cause catastrophic failures.

While it’s common to see fake helmets, leathers, T-shirts and watches that feature motorcycle brands, bootleg copies of workshop manuals are also produced in their thousands, many of which lack important features, facilities and support, and often contain viruses and even computer hijacking software. 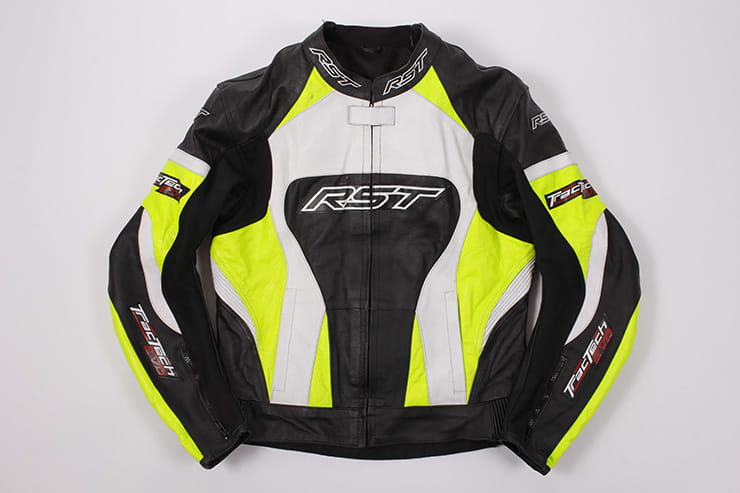 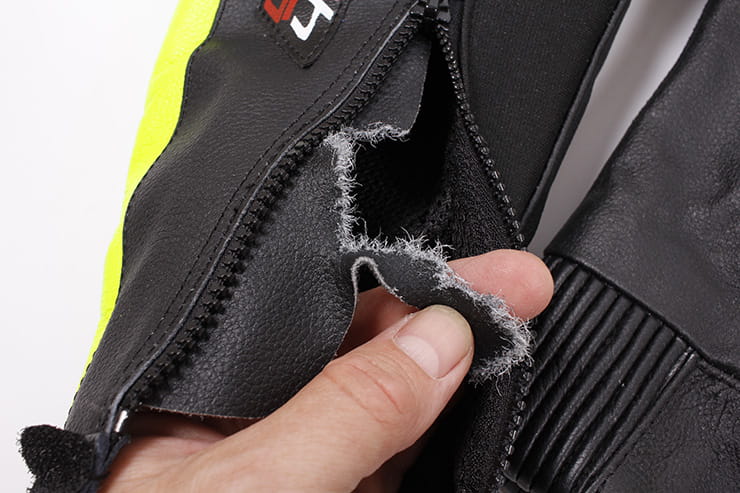 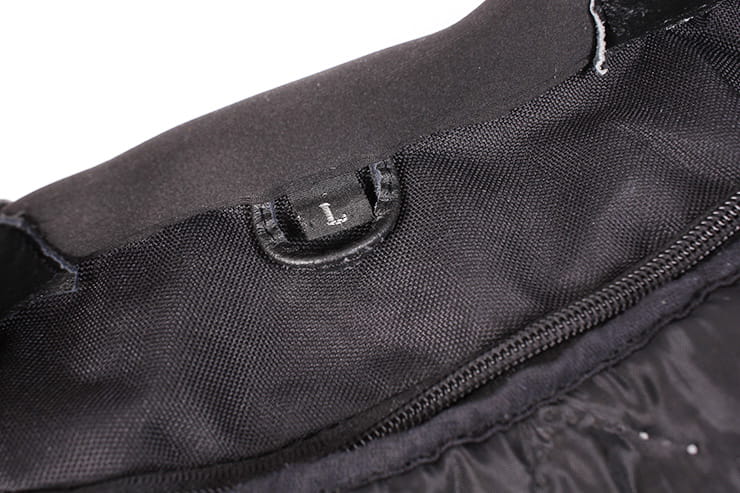 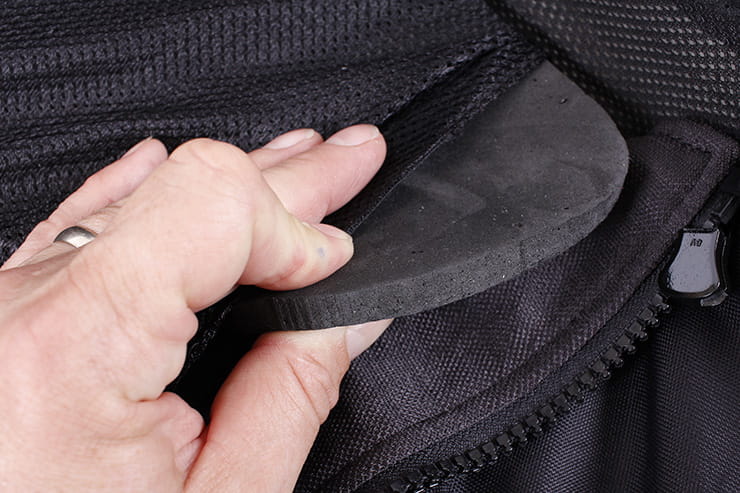 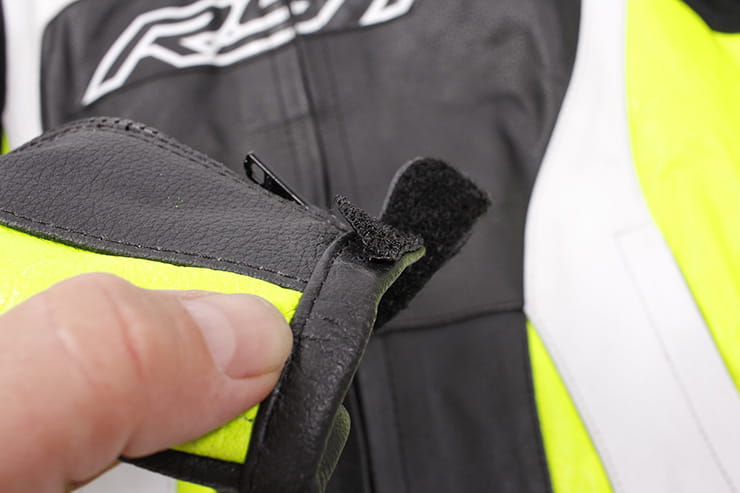 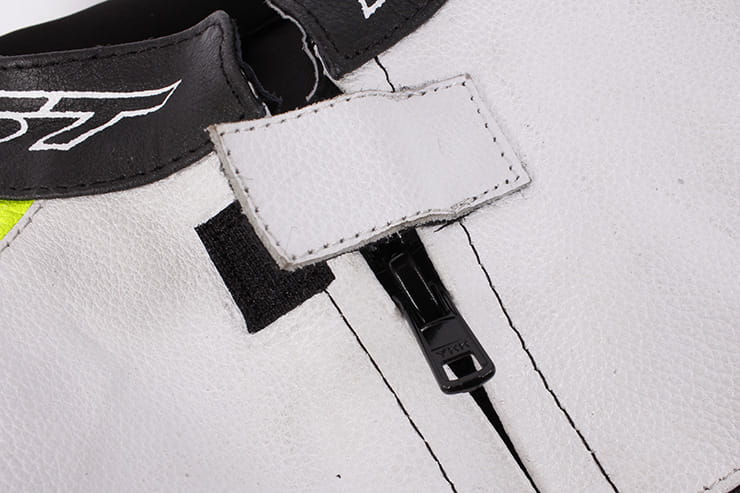 This fake RST jacket has very poor-quality leather that tears easily, and foam where there should be armour

Motorcycle clothing and machine parts have been counterfeited for some years and appear to come mainly from the Far East (Particularly India, Taiwan and China), and more recently South America and South Africa. China is believed to have been the main source of many fake parts – from cheap Spark Plugs and brake parts (some pads even made from compressed grass, woodchips and cardboard), to fuel pumps and injectors that fail, or worthless engine diagnostic equipment and re-mapping software. Even alloy wheels and shock absorbers have been found to be sub-standard and dangerous. 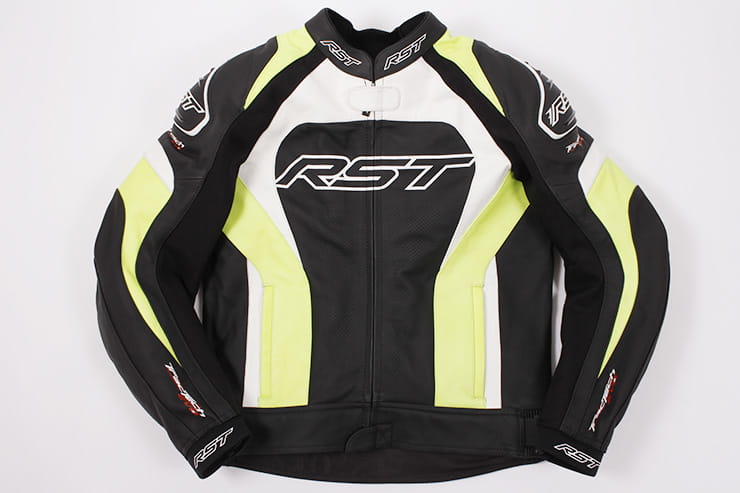 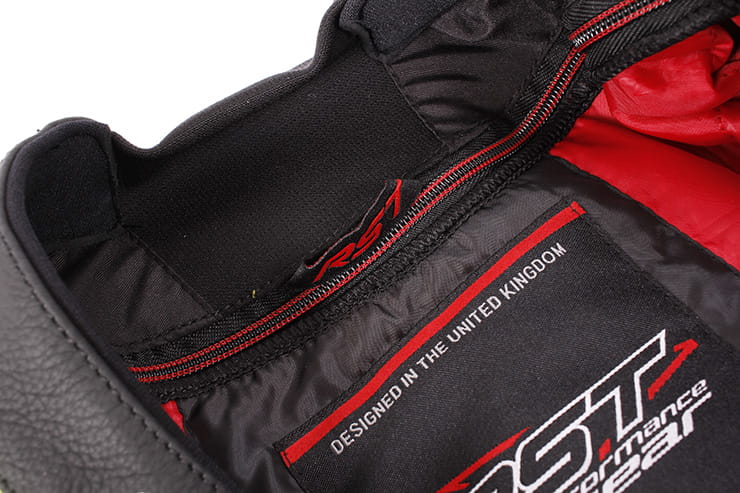 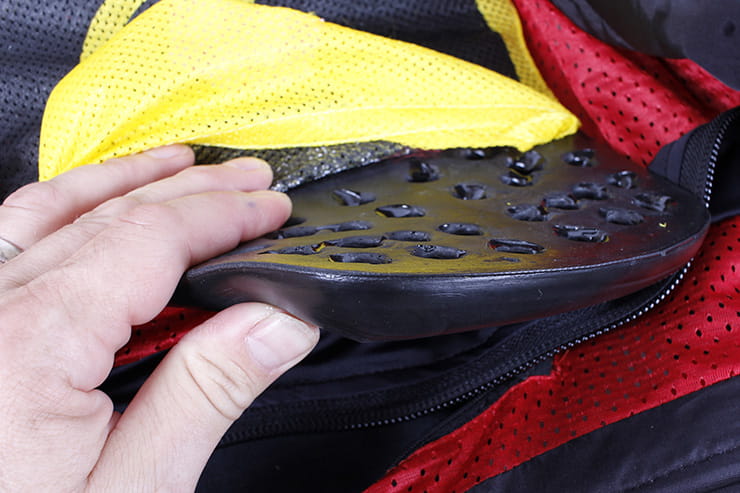 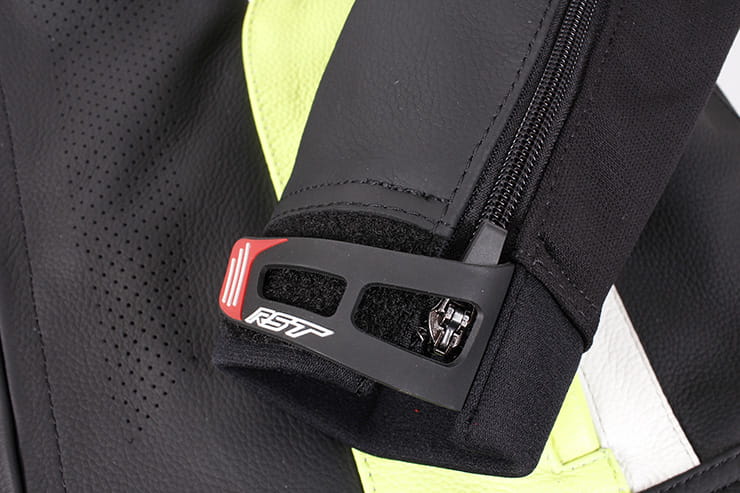 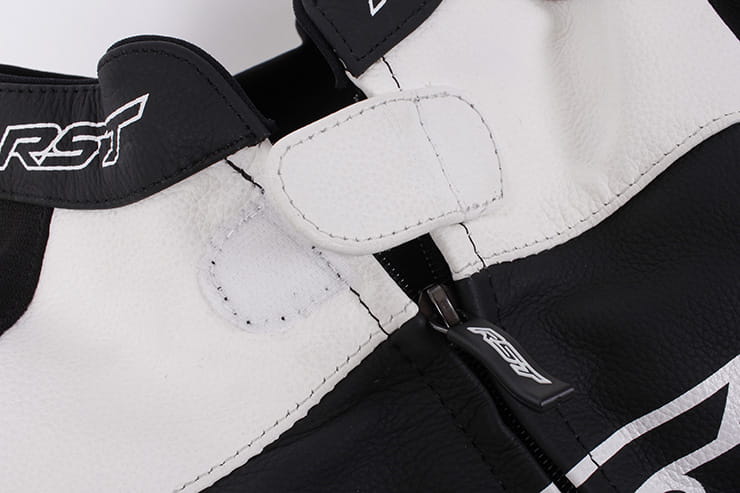 Locks and trackers being counterfeited

A haul just impounded includes motorcycle locks, vehicle identification kits and even tracking systems. The organised vehicle crime gangs have clearly spotted a lucrative market for these anti-theft items, the need for which was ironically created by their own gangs’ theft activities throughout Europe.

Customs seizures at EU borders indicate that the smuggling of labels and packaging may be separate from the actual goods themselves, with final assembly occurring somewhere else within the EU.

EUIPO suggest the counterfeiters who are using internet sites to sell their fake products also benefit from advertising revenues for ‘high risk’ ads such as adult, gaming, and malware. Paradoxically, legitimate brands then suffer from inadvertently advertising on these sites by damaging their own brand, and giving credibility to the hosting website. 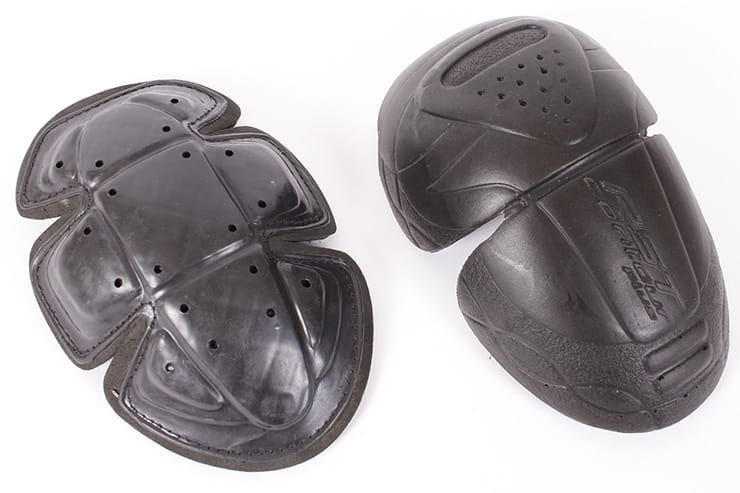 Why are fakes such big business?

The EUIPO suggests the lenient sentences issued to the criminals if caught – compared to the high returns on investment – are the incentives for gangs to engage in counterfeiting. Also the attitudes of many EU citizens who just see a ‘bargain’, the ease of purchase and the obvious availability isn’t helping.

Alison Statham, Director General of the Anti-Counterfeiting Group (ACG) said: “The damage being done to our local and national economies is huge. Massive amounts of money – which could be used for vital public services – are being diverted into criminal hands, and much of this is being used to support and promote other forms of exploitative crimes such as child labour and the trafficking of human beings, drugs and weapons. In addition, fakes are becoming ever more dangerous; EU Customs has confirmed that over 30% of fakes coming to the EU have the potential to damage health and safety.”

Today, counterfeit motorcycle parts and panels compete for customers with the ever-increasing amount of stolen black market spares that are available on the internet, thanks to the fact that half of all of the estimated 250,000 bikes stolen annually in the EU will not be recovered. Think carefully about where your money is going when buying cheap spares.

Searching for a suitable place to have your machine serviced or repaired can be competitive and it’s suggested that a few unscrupulous garages may use cheaper, inferior parts to compete for your custom. Clearly this could be both counterproductive and dangerous. Equally, purchasing a stolen item could bring trouble to your doorstep. 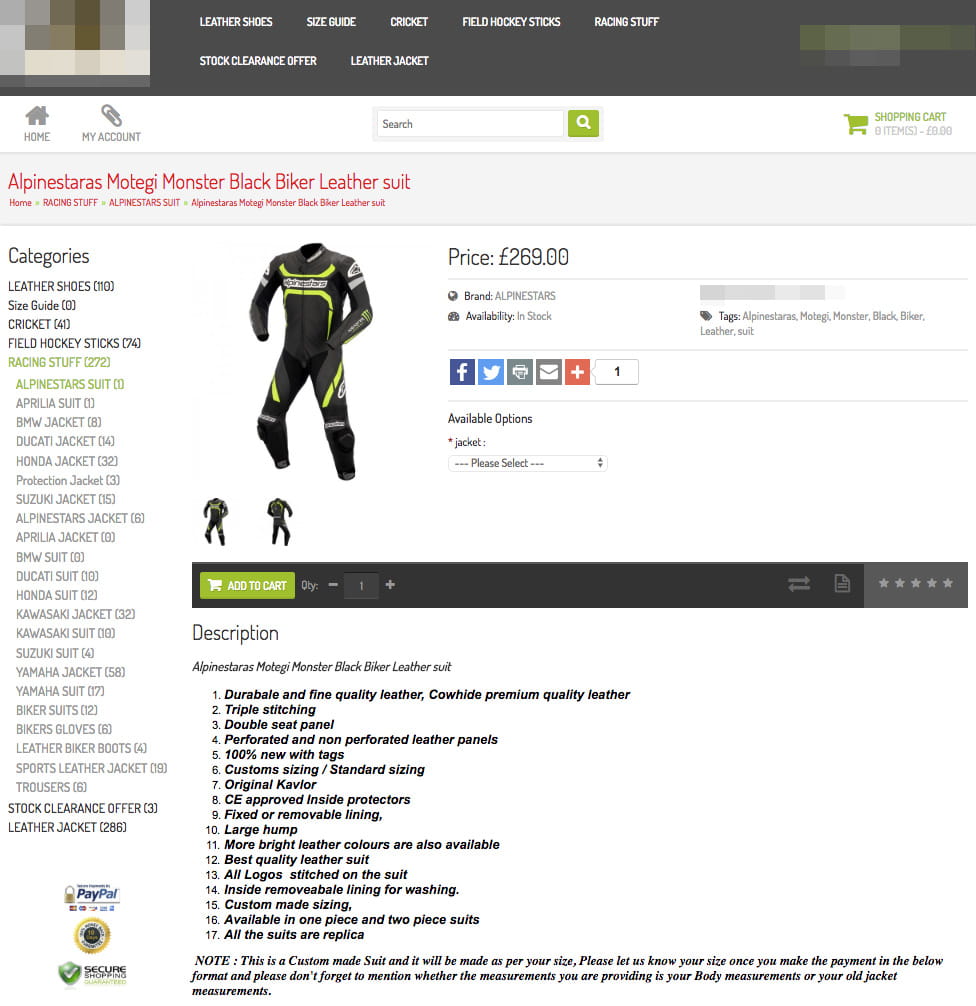 Words like ‘Durabale’ and ‘Original Kavlor’ should set alarm bells ringing, but this company has been running for many years. The suit is described as a ‘replica’ (a more recent addition to the listing), but it’s always been described as ‘custom made’. This is NOT a genuine AlpineStars suit.

How to avoid buying a fake

Everybody loves a bargain, but be careful and you can avoid wasting your money on something that at best is an inferior product, and at worst downright dangerous. Money spent on counterfeit goods destroys innovation and development by legitimate companies, and goes straight into the pockets of criminals.

• It’s a cliché, but if a deal seems too good to be true, it most likely is

• If buying from a ‘bargain bin’, try to find stock elsewhere to compare it too

• Look closely at the quality of stitching on clothing, and pull the products around to ensure they’re properly made

• If buying online, check the physical address of the company using Google Maps – we’ve seen some that claimed to be based in Birmingham, yet the address doesn’t actually exist (and the phone number goes to Pakistan). Also look for an email contact, and if in doubt, ask questions