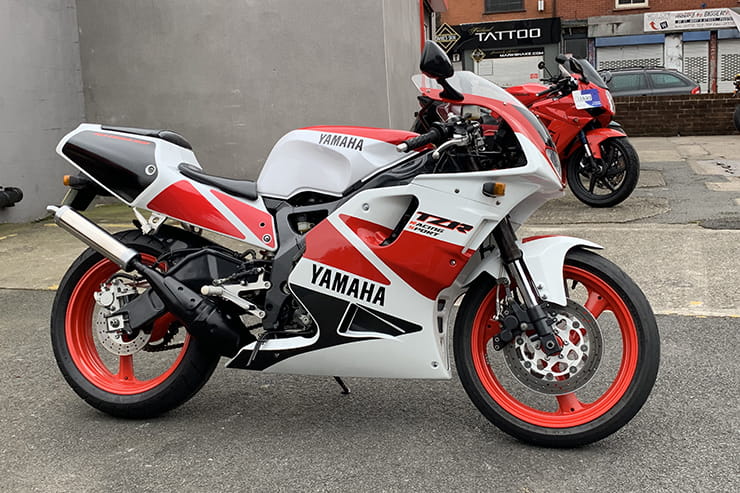 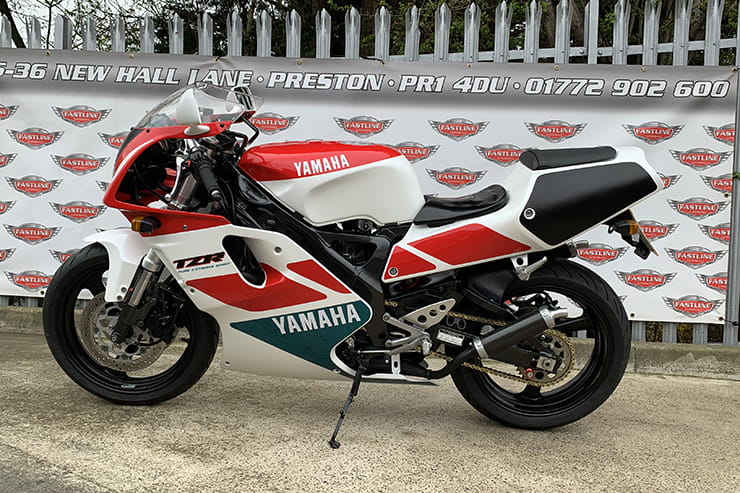 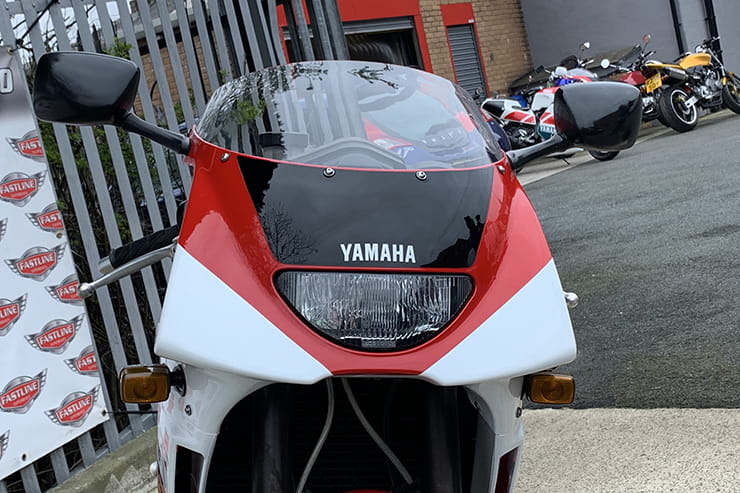 Motorcyclists are geeks. We talk in riddles and secretly, we love it. There are, of course, levels of geekdom in the hierarchy and the absolute top-of-the-podium is reserved without question for followers of Yamaha’s V-twin TZR250.

Yamaha produced eleven different versions of the V-twin TZR250 between 1991 and 1999. To most of us they all look identical, but to those in the know there are significant differences that make a big difference in value too. Knowing the difference between an R, RS, SP, SPR or any of the annual updates in-between won’t get you more girls or increased wealth, but it does mean you’ll be on a level with the salesman when you buy one and smarter than the chancer trying to sell you his on eBay.

Trying to pick the best early 1990s two-stroke 250 GP replica is a bit like deciding whether to have your lottery winnings in £20 or £50 notes. They’re all brilliant… make that absolutely brilliant. And they are all special in their own ways. Suzuki’s RGV250 has the poise and the package. Honda’s NSR250 has the gloss, the build quality and the class. Kawasaki’s KR-1S has the speed and Yamaha’s V-twin TZR250R has the handling, the brakes and the featherweight agility.

How much you pay depends on which version you buy, where you get it from and the condition it is in. Just like any other used bike. The difference here is that the choice is much smaller and so you might have to wait a while (and/or compromise on your requirements) to find the right bike for you at the right price. A good example at a dealer who knows how to prepare a bike like this one at Fastline Superbike in Preston will cost between £7500-£12,000 depending on whether it’s a standard ‘R’ model or one of the ultra-rare SP versions.

Private sale prices are usually lower and a long-term owner will know more about the bike’s history. But if something expensive goes wrong there’s no comeback and, for a bike so rare, that could be tricky. 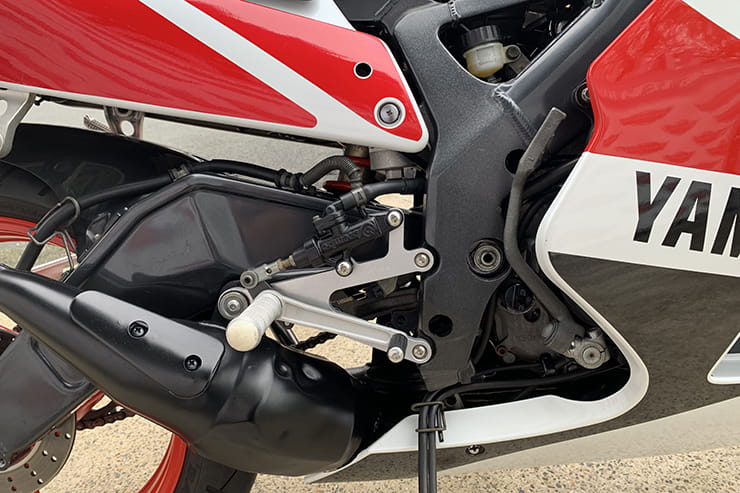 Engine is tiny, torquey (for a 250cc two-stroke) and tricky to derestrict

Japanese 250s were restricted to 45bhp and 160 km/h (112mph). Yamaha made the most of the restriction by packing out the TZR’s midrange to make it drive hard out of corners and use everything the beautiful chassis had to give. 29 lb-ft of torque doesn’t sound much, but is 10-20 per cent up on the TZR’s competition.

Derestriction was difficult and expensive 25 years ago when the bikes were new. Now, there is plenty of knowledge out there, but not much hope because it involves fairly extensive parts swapping.

Yamaha claimed that the V-twin TZR’s crankcases (like the frame) were identical to their 250 GP bike. Clearly they had their fingers crossed behind their backs at this point (I don’t remember seeing pillion footpegs or a sidestand bracket on Kocinski’s racer), but we understood their point. Bore and stroke measures were similar to Suzuki’s RGV250 of the time and Yamaha designed the TZR around the 45bhp restriction by tuning it for low-end power and midrange, rather than building a screamer and lopping off the top-end. The built-to-race SP version has different cylinders, heads, exhausts and electrics to enable it to make serious power – but you still have to derestrict it to find that power. 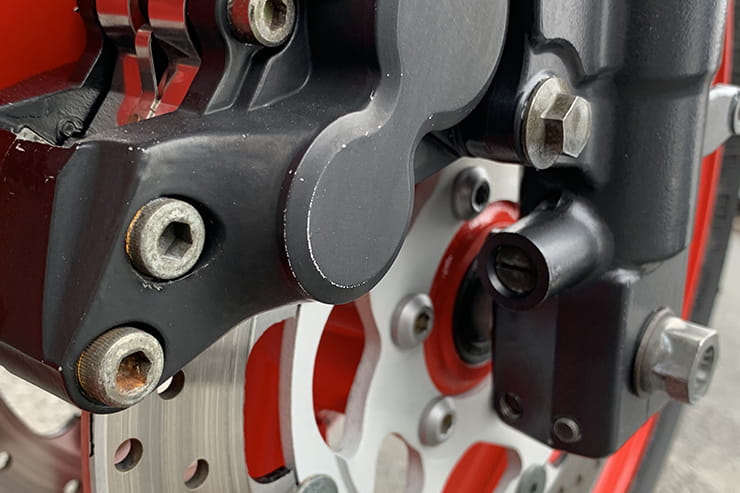 Different spec bikes have different suspension. Not all have full adjustment

The TZR-R had the sharpest steering geometry, shortest wheelbase and least mass of any of the 250s. It also had the most cramped riding position and, in standard trim the suspension was good, but not spectacular. Ridden with commitment, a fit and healthy TZR250R will out-turn pretty much any other roadgoing motorcycle. And the midrange power lets it pull away from the other 250 two-strokes exiting the corner too.

27 years ago, this was a revolution. 27 years later it’s still a unique experience that challenges your riding ability and rewards the effort when you get it right. Suspension will either be very tired and desperately waiting for someone to replace its 20-year-old fork oil or will have been recently refreshed as part of an expensive and extensive restoration. Fingers crossed for the latter, but don’t get your hopes up.

Road testers of the time described the way this TZR stopped as the best you could ever experience. And they probably meant it. Twin four-piston calipers with only 126kg to stop had a relatively easy time of it. Fast forward to 2019 and braking technology has improved hand over fist. It’s one of the biggest differences between old bikes and new ones.

With a set of appropriately sticky tyres and freshly rebuilt calipers a V-twin TZR will still stop well though. Here’s hoping you still weigh the same ten stone you did as a teenager. 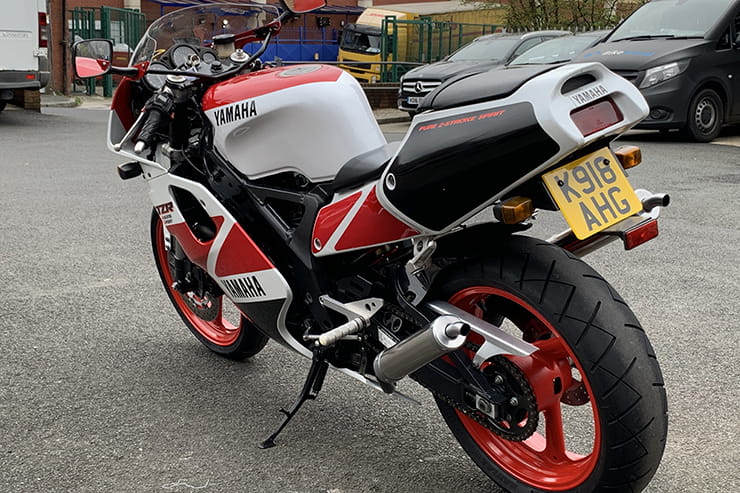 Not comfy, not practical in any way and your pillion will get off and leave you after less than five miles

None of the 250 race replicas were comfortable, but Yamaha’s original 1986 TZR made a passable attempt at practicality. By 1991, we were more interested in performance and comfort didn’t matter. Scrunching-up on a TZR250R is a price worth paying because you only ride it for 50 miles at a time before stopping for a rest. 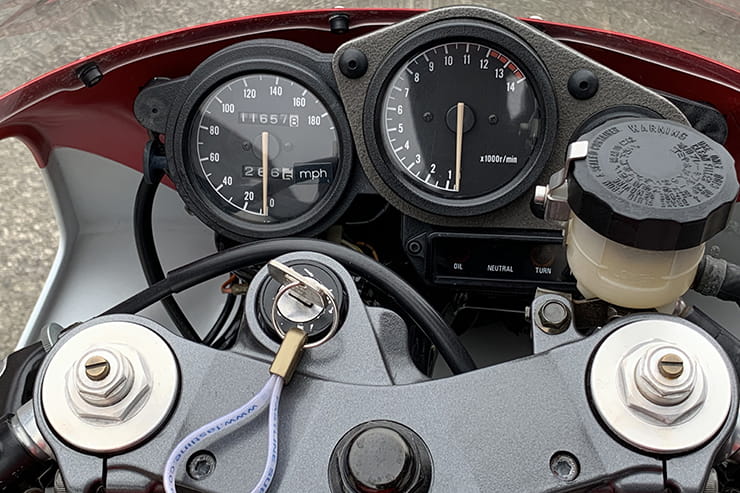 Er, indicators…mirrors…maybe some teeny storage under the seat for your bottle of oil. In 1991 only BMWs had ABS, traction and control were two words yet to be put together and the idea of a device that stopped you doing wheelies would have prompted the kind of hysterical laughter we only saw on mashed potato adverts on the telly. 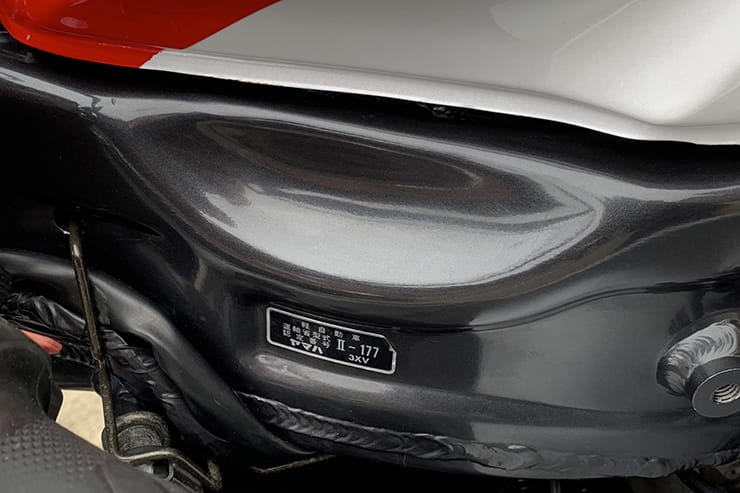 In the hierarchy of 250cc race replicas Yamaha’s TZR250R stands with Honda’s NSR250 MC28 as the pinnacle of racing authenticity and desirability. They are easier to come by, but harder to buy because there were so many different versions. Yamaha’s paint schemes of the time weren’t as classy as the Honda, but the riding experience (if you find a good one) is every bit as special. 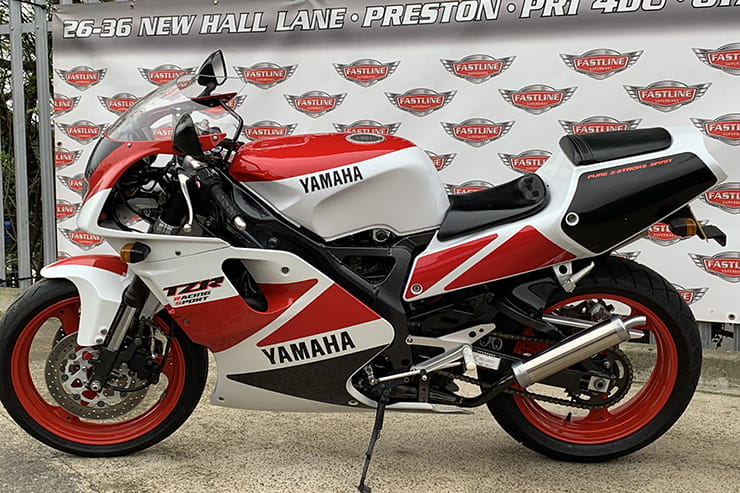