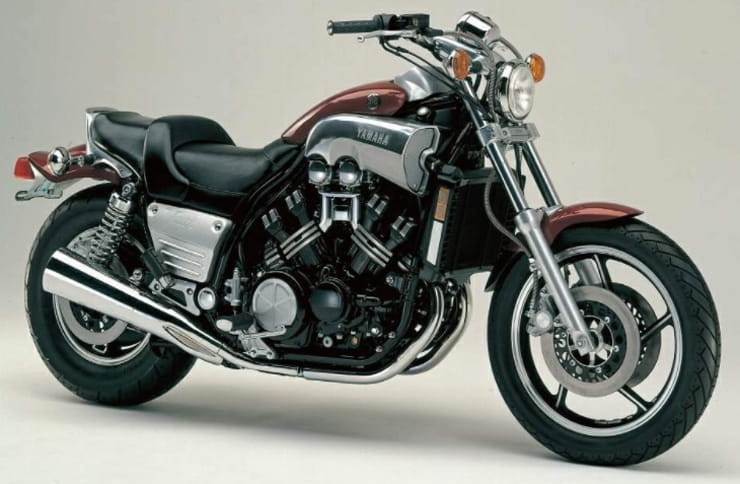 The arrival of Kawasaki’s supercharged H2SX sports tourer got me thinking. Turning the craziest motorcycle you’ve ever made into a detuned, full-spec, two-up tourer styled by Batman is obviously a very good idea and the complete opposite of what Yamaha did when they launched the V-max. Back in 1985, some bright spark in their R&D department stripped half the weight off their 1200cc V-four Gold Wing-aping full-dressed Venture tourer, tuned up the engine and gave us the craziest, least practical motorcycle we’d ever seen that looked like it was styled by Batman.

One day the original V-max will be a legend. Like the Vincent Black Shadow (ask your gran) or Kawasaki H2R of its day only much, much harder to handle. In 1985 it blew everything away because even though most of us had already decided that fairings, clip-ons and knee sliders were the future, it didn’t stop us looking at the photos of this unbelievable, unavailable motorcycle that claimed 40 per cent more horsepower than anything else out there. A 1200cc V-four motor with V-Boost - a gizmo that fed fuel from two carbs at once into one cylinder - that gave this heavy, wobbly cruiser a power band like a two stroke. Think of V-Boost like a high-tech version of that twin-choke carb your brother put on his Ford Capri to pull more blokes. Even today, opening the Yamaha’s throttle at 6000rpm still makes your stomach go light and eyeballs spin like optical Swingball.

Yamaha’s clever thinking went further than just V-Boost though. By putting the fuel tank under the already low seat, they inadvertently invented mass-centralisation, a concept that Honda made much of 18 years later on their V5 MotoGP project and spin-off CBR600/1000RRs. Thankfully for Honda, the 600RR and Fireblade handled considerably better than the crazy Yamaha, which was much better at ploughing than dancing because 1980s suspension and brakes were slightly less useful than a drummer in a china shop. 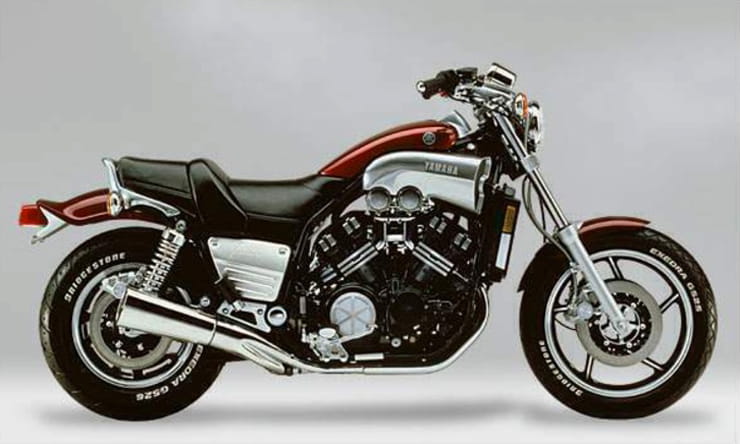 In the same year that Suzuki gave us the future in the shape of the RG500 and GSX-R750, the V-max was the absolute, ultimate incarnation of the past because ‘ultimate’ means final and every single superbike that had gone before turned out to be simply the warm-up act for Yamaha’s overblown tribute to the 1950s, 60s and 70s all in one glorious package.

In the real world this meant that the V-max arrived at a time when Japanese motorcycle development was exponential and the chassis was an antique. Even by mid-80s standards the handling was, er, challenging – like the front and back ends were being controlled by different riders on different surfaces with only one of them sober. You can get an early V-max round corners in the same way as you can train a fish to whistle, but if that’s what you bought it for, you’ll be disappointed.

Thankfully, it still had that engine. If you’ve never ridden an early V-max, please do before prices get too silly. I guarantee it’ll make you want one. And prices are already starting to go up. Buying is relatively straightforward – go for the earliest, tidiest example or anything in standard trim newer than 1997. Yamaha didn’t bring it in to the UK till 1991 and, then, only as a restricted 100bhp bike (minus the V-Boost) until 1996.

The revamped Max 2.0 arrived in 2008 with even more cc, considerably more power and a chassis as good as anything from 1988. The fuel-injected MKII motor lost the V-Boost and some of the personality, but still had enough centralized mass to mess with gravity if you rode it in the opposite direction to how the earth spins. Don’t bother with heavily modified ones unless you like the looks. There’s no point trying to make it handle better - that defies the point. If you want a fast bike that handles, buy a Hayabusa. If you want a bike that makes you feel like the bad guys in Mad Max buy the mad Max. 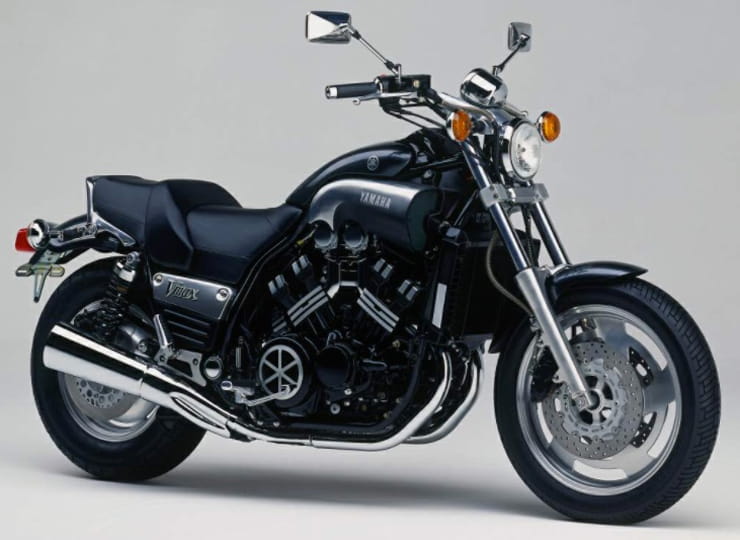 For the 1988 update, (above) very little had changed from the original bike