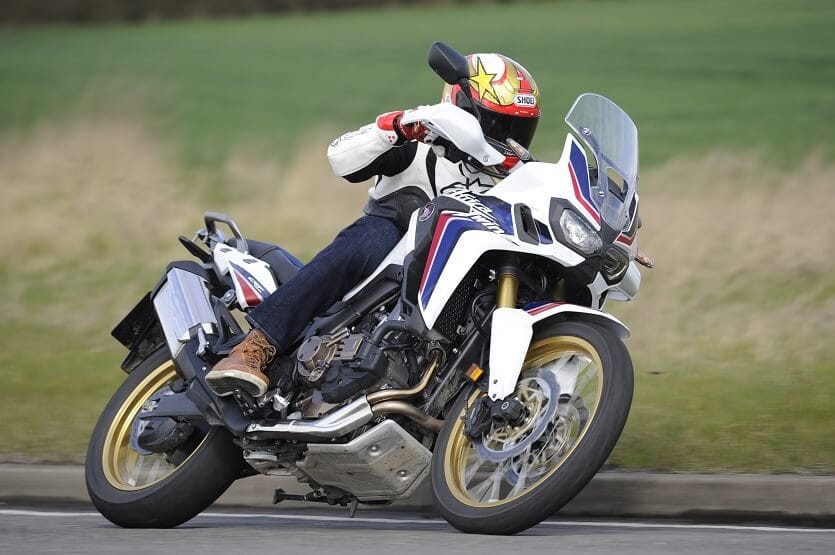 A brief history of Honda motorcycles

Soichiro Honda quickly learned in his 30 years that life was full of hard knocks, never more so when his piston ring making business collapsed in the late 1930s. He also learned methodical thinking and engineering could overcome most technical problems and after taking on new engineering skills, his reformed business became a huge success.

WWII effectively finished large scale Japanese manufacturing, but not Soichiro’s spirit or forward thinking. In 1946, he purchased a bulk load of ex-military radio generators and quickly developed the small capacity two-stroke engines to fit and power ordinary bicycles – the first cheap, powered transport for the masses.

Three years later, the newly formed Honda Motor Co. released its first purpose-made bike with a 98cc two-stroke engine. It’s rumoured that the first test ride of the bike led to one of the few Honda staff saying: “It’s like a dream…”

It wasn’t long before Soichiro Honda saw four-stroke power as the only viable, clean and acceptable method of engine propulsion and introduced a 146cc Dream motorcycle, and so began a long history of innovative four-stroke motorcycles.

From revolutionary V4-powered motorcycles to single and twin-cylinder bikes, Honda Motor Co. has continuously strived to produce the best motorcycle available in all genres of motorcycling.

Even though Honda has produced such a famed range of bikes like the class-leading Honda CBR Fireblade superbike, and past racing greats from the separate division that is Honda Racing Corporation, Honda Motor Co. should be known as the company that produced the biggest ever selling motorcycle. That bike is the humble Super Cub range, better known in the UK as the C50, C70 and C90.

In essence, the Super Cub is a single-cylinder four-stroke workhorse loved and respected by owners across the world – a bike that has achieved an unbeaten production figure of 60 million bikes. Honda’s greatest advertising campaign was for the Super Cub and its slogan has never been topped in the world of motorcycling: “You meet the nicest people on a Honda”.

Bennetts recognises that Honda produces a comprehensive range of motorcycles, all meeting different criteria to suit the many and varied needs of prospective owners. Because of this, Bennetts understands what it means to a customer to get a quote to suit his or her machine and needs – we are all different.

We also recognise that a new Honda model is not always what our customers are looking for. For this reason, Bennetts also has the knowledge and means to find our best competitive quote for second-hand Honda machinery.

As a motorcycle insurance specialist with over 85 years experience, we believe we can offer a competitive insurance quote geared to suit you and, of course, your Honda motorcycle.

How to get a quote for your Honda motorcycle

Getting insurance quote is easy with Bennetts. We search our panel of insurers to find you our best price for the cover you need.

Sources of interest for Honda owners and fans

world.honda.com/motorcycle/ – Honda global website dedicated to its motorcycle division with separate links to dedicated sites for sport, technology talk, Super Cub and much, much more.

www.hoc.org.uk/ – this is the official Honda Owners Club website. Here you’ll find information, news and advice from the people that ride and breathe Honda motorcycles.

www.davidsilverspares.co.uk – David Silver Spares is the first port of call for anyone requiring spares for Honda motorcycles manufactured between the early 1960s and early 2000s.