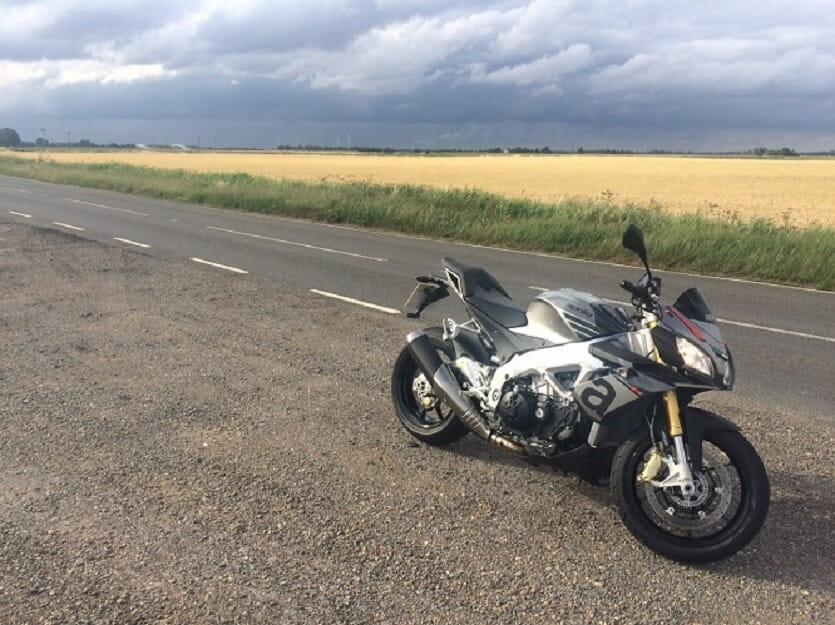 A brief history of Aprilia motorcycles

Aprilia’s first powered two-wheeler was created in 1969, after Ivano Beggio took the helm at his father’s bicycle business in Noale, Italy. That first 50cc bike was of simple construction and was followed by two other 50cc mopeds, the Daniela and Colibri, which were successful models.

However, the bike that made Aprilia a more popular motorcycle brand was the 1970 50cc Scarabero motocrosser. This was followed in the mid-70s by two seriously competitive 125 and 250cc motocross machines. By the late 70s, Aprilia bikes frequently headed Italian motocross championships.

By the mid-80s, the Italian company underlined its tag of ‘young upstart’ by entering the heady world of enduro and trials riding. Aprilia’s Grand Prix racing plans also came to fruition in the 125 and 250cc classes under the banner of Aprilia Racing. Its success in the blue ribbon class can be measured with the names of former Aprilia riders before moving onto the premier 500GP (now MotoGP) class. Lorenzo, Rossi, Capirossi and Biaggi are all from the school of Aprilia Racing – with championship honours.

Aprilia really hit the road to success with a growing range of scooters and trail bikes in the early 90s. Engine configurations ranged from single-cylinder two-strokes and twin four-strokes, and a long-lasting partnership started with engine builder Rotax.

Along with its moped scooters and large maxi-scooters, its big four-stroke V-twin RSV superbikes have earned a fearsome reputation for speed and perfect handling and there has also been touring models and large capacity adventure bikes.

When Aprilia was taken over by Piaggio in 2004, nobody expected Aprilia to grow its showroom range like it has. Aprilia still campaigns in all areas of two-wheeled sport – the latestV-4 RSV4 road bike in the hands of Max Biaggi has achieved major success in the Superbike World Championship.

We take care of the hard work to get you on the road with your Aprilia motorcycle. With over 85 years experience in the industry, we can source our best possible Aprilia insurance quote easily and swiftly.

We don’t group Aprilia owners under one banner – with our leading insurance underwriters available to us, and their wide range of insurance services, we aim get our best deal on insurance for you and your Aprilia motorcycle.

How to get a quote for your Aprilia motorcycle

Getting an Aprilia motorcycle insurance quote is easy. We search our panel of insurers to find you our best price for the cover you need.

Sources of interest for Aprilia owners and fans

International Aprilia Forum – where advice, discussions and all the other joys of Aprilia ownership can be found.

Aprilia Racing – for everything racing-wise in the Aprilia camp.