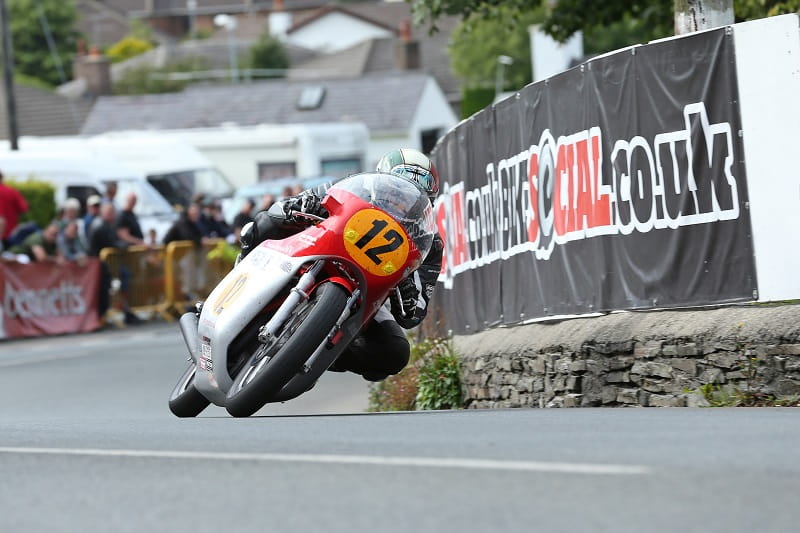 With the record-breaking feats of the 2016 Isle of Man TT Races now consigned to the record books, attention on the Mountain Course now turns to the Classic TT presented by Bennetts.

With many of the sport’s finest road racers ready to pit their wits against the 37 and ¾-mile course again, the curtain raising Bennetts Senior Classic TT Race on Saturday 27th August is set to provide an exciting sequel.

The entry list is a definitive list of current TT stars and established Classic racers, and if the previous three instalments of the race are anything to go by, predicting a race winner for the four lap race will be no easy task.

Almost 90 entries have been received for the race with the number one plate again taken by 23-time TT race winner John McGuinness. The ‘Morecambe Missile’ has been out of luck in the three Classic TT events but he’s returning for another attempt on Roger Winfield’s Paton. Having lapped at more than 112mph in practice in 2014, he’ll be hoping for better luck this time around and will be targeting a podium place as a minimum.

With Ryan Farquhar continuing to recover from the injuries he received at this year’s North West 200, McGuinness has a new teammate in the race with his regular Honda Racing partner Conor Cummins lining up on the second Winfield Paton. The Manxman, who has his usual number ten plate, has made sporadic appearances at the Classic TT and he certainly has the machine to go for the race win this time around.

Dean Harrison took the victory twelve months ago on the Black Eagle Racing MV Agusta and the Bradford rider, again starting at number 12, will be putting everything into retaining his title. Laps in excess of 110mph showed what the combination is capable of and with a great season under his belt, Harrison will want to make sure his Italian machine is first past the chequered flag.

It’s intended that he will be joined in the squad by Lee Johnston again although the Irish rider sustained a broken collarbone at the Ulster Grand Prix which has put his appearance in jeopardy. Ian Lougher will also support the MV challenge. The Welshman, who won the race in 2014 on the Giovanni Cabassi/Flitwick Motorcycles Paton, sets off at number five on the John Chapman Racing machine.

Regular competitors Team Molnar are missing from the entry list which means that Michael Dunlop (3) is still searching for a ride but the top twenty is still packed with potential race winners including the Davies Motorsport duo of William Dunlop (6) and long-time Classic race exponent Alan Oversby (8) who continue on Honda machinery for the fourth successive year.

Michael Rutter (4) set the fastest ever Mountain Course lap on a British single cylinder machine in 2014 with 109.102mph before retiring when leading but the Ripley Land Racing Matchless should be in the mix as will Cameron Donald. The Australian had a TT to forget so will be keen to make amends at the Classic TT, this time riding the Motogallur Vincent.

Olie Linsdell, the inaugural winner in 2013 and current lap record holder, returns at number 2 on the Flitwick Motorcycles 500cc Royal Enfield with Jamie Coward (9) completing the top ten on the Ted Woof Norton.

Two more Patons have high start positions with Bill Swallow (16) and Maria Costello (17) expected to be on the leaderboard on their respective Gleve Racing/John Poyner and Buegger Racing mounts.

The quality of the entry is endless and other names to watch out for include Horst Saiger, Michael Russell, Timothee Monot, Allan Brew, Meredydd Owen, Mark Parrett, Dominic Herbertson, Chris Petty, Phil McGurk and Dave Matravers.